For pre-agricultural foraging peoples—our “savage” human forebears—sacred and secular were inseparable. The same wild animals they preyed upon, they also prayed to. With life and death a daily yin and yang, and the codependence of all living things as starkly obvious as the blood on one’s hands after a successful hunt, it was utterly natural to view sacred powers as diffused throughout nature. Rather than imagining invisible sky-gods, as agricultural humans would do much later, our hunting and gathering ancestors perceived demigods in everyday things, not only animals and plants but also fire, water, weather, and even landscapes, since all such tactile forces directly affected their daily lives, prosperity, and survival.

Theirs was an Earth-bonding spirituality long referred to as animism (literally: breath, soul, life). A more recent term that describes the same basic worldview is deep ecology, which includes a conviction that all life has value in and of itself, above and beyond its usefulness to us, and therefore deserves our respectful treatment. The primary difference between animism and deep ecology is that the latter replaces primitive supernatural interpretations of the workings of nature with scientific fact and understanding. Yet the moral remains the same.

It’s still true today, of course, that life feeds on death. But unlike our stone-age ancestors, who knew exactly where their meat came from and at exactly what costs to all concerned, we moderns (most of us, most of the time) buy our meat as industrialized and euphemized “product” with no thought of it having recently been the flesh of a fellow sentient living being. This commercial distancing from the bloody reality of our food makes it easy to gloss over, ignore, and—in extreme cases such as veganism—attempt to deny the basic biological fact that life feeds on life.

Yet for an open-eyed segment of modern hunters, the ancient animistic sense of soulful—we might say “spiritual”—unity with wildness remains grounded as ever in awe, humility, and a strong sense of owed reciprocity. “Wildness is what I kill and eat,” proclaimed the late Paul Shepard, the father of human ecology (the study of humanity’s evolution among fellow wild creatures in wild natural environments), “because I too am wild.”

Evolutionarily, hunting was a definitive becoming-human facilitator, culturally as well as biologically. In fact, according to the venerable “hunting hypothesis” (Man the Hunter, Lee and DeVore, eds.; Chicago, Aldine Publishing, 1968), group subsistence hunting was the prime mover of our species’ emergence. Restated: The hunting-gathering lifeway—owing to its distinctive approaches to group living, thinking, cooperating, and the spiritual worldview it inspired—shaped us to be as we are today.

For at least the final 1.8 million years of our 6- to 7-million-year progression from ape to human, foraging was our way of life, our economy, with no exceptions. By at least 100,000 years ago, Homo sapiens was a done deal and our collective human genome was set as it remains today. Thus, when Paul Shepard proclaims that “wilderness is where my genome lives,” he reminds us that genetically, socially, physiologically, psychologically, and even spiritually, we exist still today in our genetic core as “space-needing, wild-country Pleistocene beings trapped in over-dense numbers in devastated, simplified ecosystems.”

Shepard is hardly alone among scientific philosophers in proposing that this gaping mismatch between our lingering Pleistocene design for wildness and tribalism, and our current concrete culture and impersonal co-existence, is responsible for much or most of the angst, immaturity, violence, environmental genocide, and multifaceted suffering plaguing the world today. We were fashioned to live in small interrelated groups in a sparsely populated natural world, but have recently refashioned a far less comfortable if more “secure” world for ourselves, while dragging the rest of nature down with us.

Which leaves us to wonder: After thousands of generations of infinitely sustainable stasis as semi-nomadic, tribal hunters and gatherers, what prompted us to abandon that good free life?

In a word: agriculture.

Transitioning from semi-nomadic tribal foragers with no sense of “ownership” of anything to sedentary village farmers and domesticators of previously wild animals prompted a cultural paradigm change that quickly transmogrified both human life and surrounding natural ecologies. In this light, it makes perfect sense that anthropologist Jared Diamond proclaims agriculture as “the worst mistake in the history of the human race.” 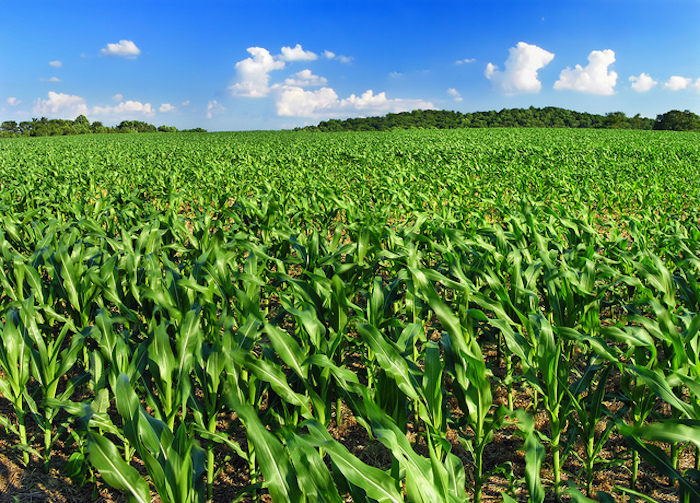 Consequently, today, after some 12,000 years spent tilling soil and shoveling manure, and 5,000 years of civilization (city living), most of our kind have lost personal contact with the ancient gossamer thread twining humans with wild (as opposed to domesticated, i.e., dumbed-down) nature. So while it seems undeniable that hunting made us human, today, rather than hunting shaping humanity, human culture is misshaping hunting into its own image. No longer do most “sport” hunters retreat to the woods in search of spiritual sustenance as well as food. Rather, too many hunters today, as glaringly portrayed in and led by the hunting media, are motivated by trivial and morally questionable desires erupting from an aching emptiness of the natural soul and a consequent hunger for fantasy escapism.

All cultures are made. And ours is made to worship efficiency: fast, easy and certain. To transport this stress-making workaday paradigm into what should be the challenging, meditative, and magically uncertain adventure of the hunt is to trivialize one of humanity’s oldest, most potentially rewarding, and, for those still blessed and cursed with hunters’ hearts, sacred acts: the honorable and inimitably personal attainment of our food from nature.

Which brings us back around to the ancient hunter’s worldview, which is defined by Alaska anthropologist Richard Nelson (The Island Within) as embracing all of natural creation as “spiritual, conscious and subject to rules of respectful behavior.”

Happily, the animistic heart of that ancient worldview survives still today among a thoughtful subset of traditional-values hunters, as exemplified by Aldo Leopold in A Sand County Almanac.

It’s within the hearts as well as the DNA of nature-rooted sportsmen and women that hope for a meaningful hunting future and, by metaphorical extension, a saner humanity, survives today. Albeit an endangered species.

David Petersen has been a hunter since he was eight, a passionate traditional bowhunter since his first successful deer hunt at age eighteen, and a serious student of elk since moving to rural Colorado in 1980. Petersen has been a Marine Corps officer and pilot, a magazine editor, an adjunct college professor, former Colorado Field Director for Trout Unlimited’s public lands conservation programs, and a serial rescuer of unwanted dogs. Petersen and his wife, Carolyn, have been together for 35 years.

Paula Young Lee
Mind and morality: where do they meet?