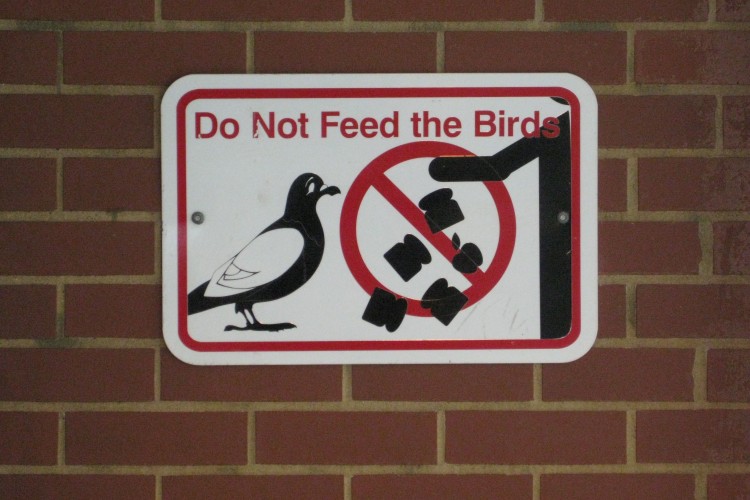 A red-tailed hawk throws a shadow on a solitary cardinal and a congregation of pigeons, chickadees, and monk parakeets. Nobody seems bothered. Underneath the hawk’s watchful gaze, I step into an unlikely bird oasis near 111th Street and Cottage Grove Avenue in south Chicago. I’m nearly certain that this avian gathering was not a part of George Pullman’s plans. 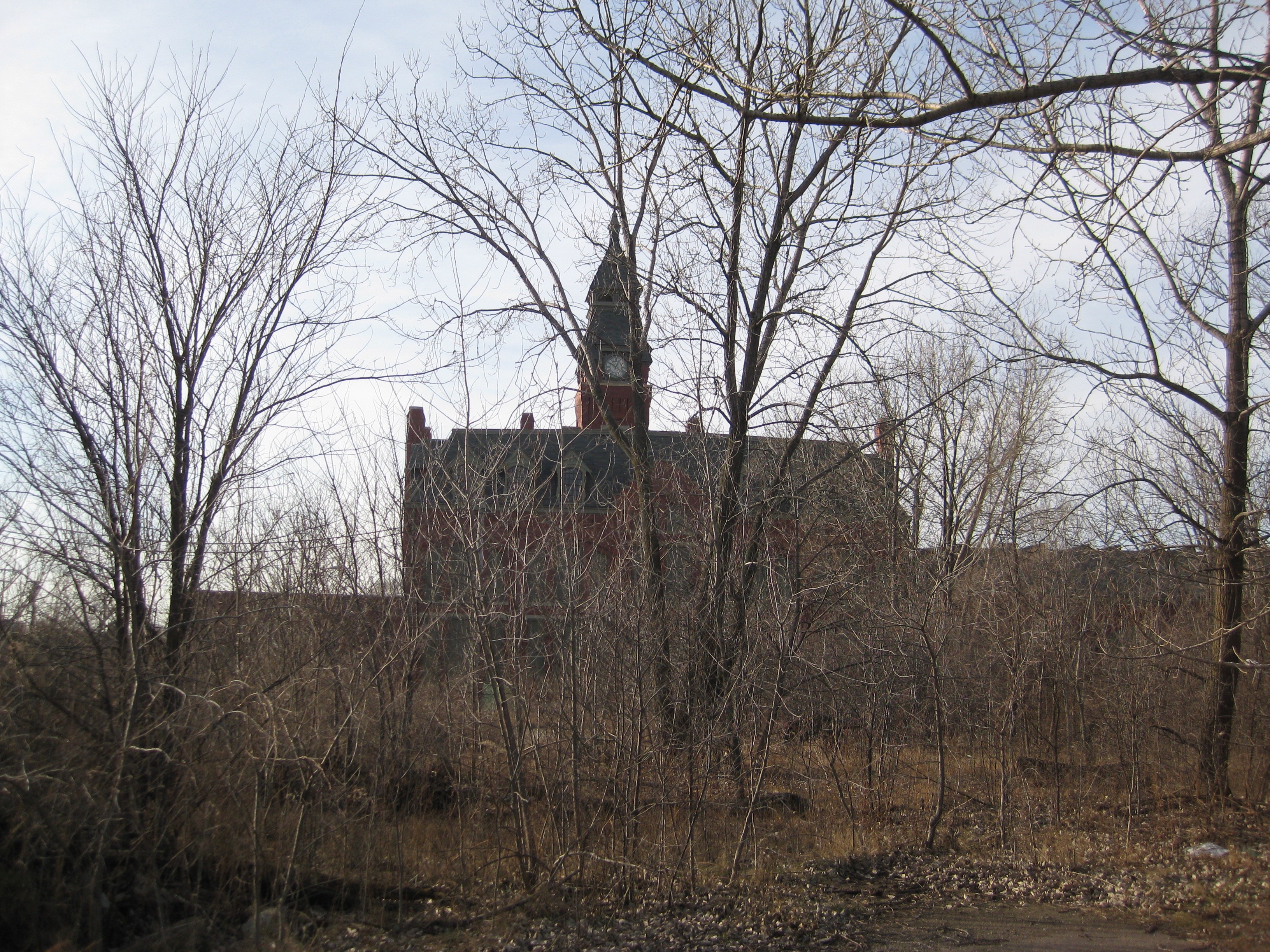 George Pullman, train entrepreneur and capitalist utopian, moved to Chicago in 1863. He had an ambitious vision: create a self-contained manufacturing city. In four years (1880-84), four thousand acres of what was once marsh and prairie sprouted a complete town with its own market, sanitation, entertainments, and, of course, workforce. (Pullman was even voted “the world’s most perfect town” by one international body in 1896, despite an acrimonious strike that escalated to a federal concern two years prior. Pullman’s funerary arrangements speak volumes about the gap between good intent and class conflict.)

As one walks through the streets and between buildings, the imagination easily drifts backward in time. Nostalgia clings to the bricks. Even the local McDonald’s displays historic photos. Pullman the man is gone, but his vision remains etched in the buildings, frayed but beautiful. 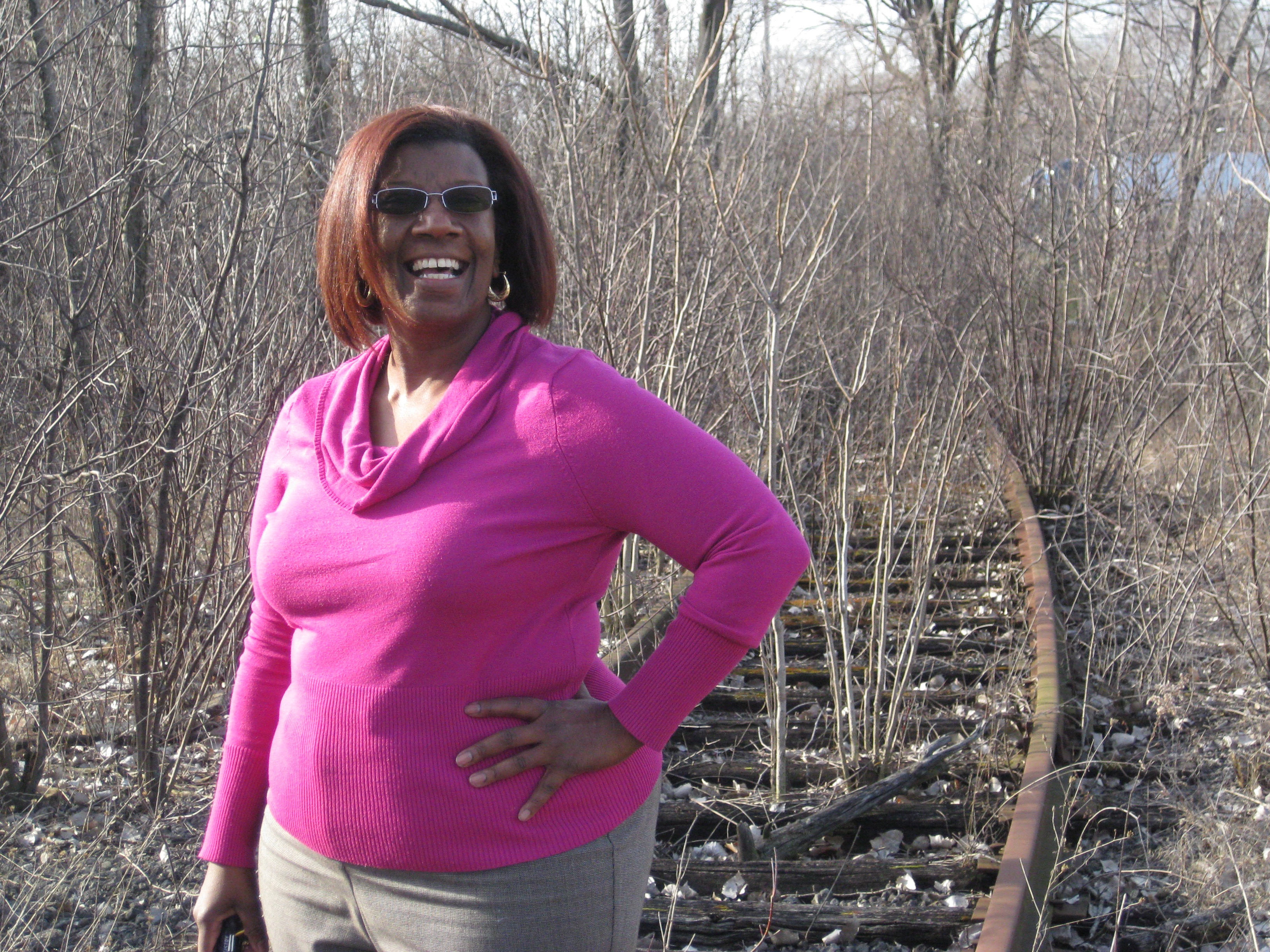 Sherry Williams also has a vision for the Pullman neighborhood, and she proudly guided me (along with Dave Aftandilian and Kate Cummings) through the area. Sherry is a local historian, particularly interested in the history of African Americans in Pullman and other south Chicago neighborhoods. Thousands of Black people were drawn to Chicago from the late nineteenth century until the mid-twentieth century by employment opportunities as well as the possibility of escaping racial barriers in the south. This “Great Migration” figured prominently in Pullman, where the first all African American union (The Brotherhood of Sleeping Car Porters) was established.

In addition to her interests in African American history and genealogy, Sherry is also an amateur birder. She traces this interest to childhood, when she befriended the pigeons that frequented her apartment complex.

Pigeons may be the opposite of a species that is of conservation concern. Disparaged as “rats with wings” by some, they are seemingly innumerable in the city. Common, annoying, ordinary, ignored—pigeons may be the bird most taken for granted in urban areas. Despite their numbers, ironically, pigeons are almost invisible.

Not for Sherry. Pigeons “absolutely brought me peace,” she said. Like a lot Chicago residents, Sherry lived in a walk-up apartment without a front or backyard. She also didn’t have any pets, so her “only connection to nature was through the birds that were there year-round, the pigeons.” When her mom later moved the family to a house, she became especially concerned about her daughter’s habit of feeding pigeons. Sherry’s mom argued that squirrels, attracted by the food bits, were bound to wreak havoc in the attic. Sherry was undaunted; she chuckled softly as she recalled how she kept “sneaking” food to the birds despite her mom’s protests.

I asked Sherry why she persisted in her mild form of bird-feeding rebellion. “My entire life it’s just something I enjoyed. Of course, it does 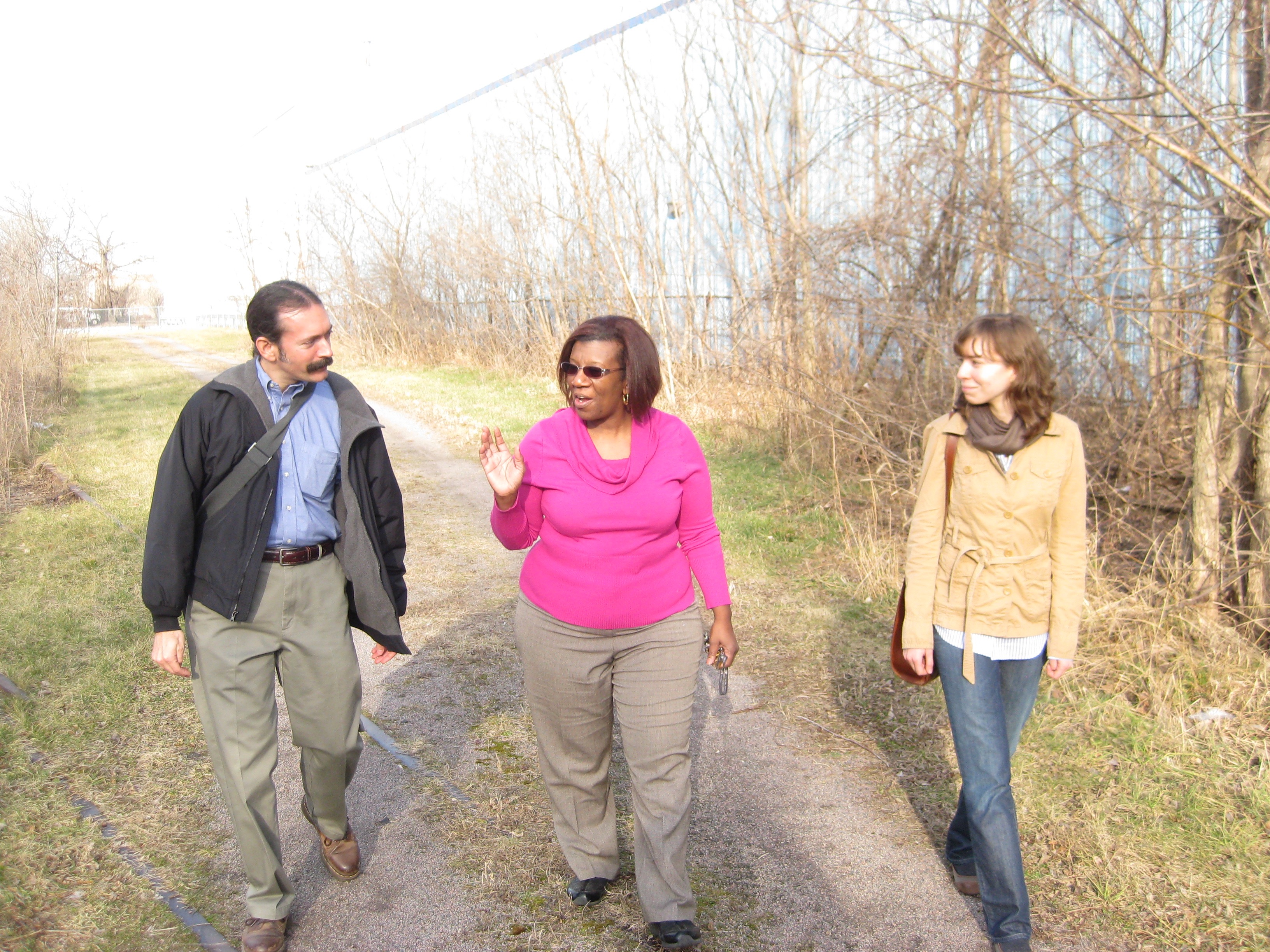 bring peace [and] it’s such a joy to hear their calls. That of course over the screeching that you would hear when you live on a major street” which “was my front porch.”

Chicago as a whole serves as a kind of front porch; it is a major migratory flyway for birds, who use the area as a layover stop on their seasonal journeys. And as Sherry is quick to point out, it has also been a prominent place for the migration of people. Moving, settling, seeking welcoming habitats and opportunities, connecting distant places of concern—humans and birds move across landscapes in the hopes of safe harbor.

These two streams of interest merged for Sherry behind the defunct Pullman factory clock tower. As she thought about human and bird migration, a connection began to crystallize. Another pigeon, this one a more ethereal dove, provided the inspiration; as Sherry explained, “The Holy Spirit has a way of inclining ideas to you.” For Sherry, the bird oasis has been a way to better understand and welcome birds that use the area, as well as highlight the migration stories of people in the community. With the help of the Illinois Audubon Society, young people who needed service hours to fulfill Chicago Public School requirements, and some especially interested neighbors (for example, Earl and Beverly Johnson, after whom Sherry named the bird oasis), Sherry began to host guided tours about once a month. The transformation of the site included: repurposing a mowed path that was once used for security checks into a footpath for exploration; taking out invasive shrubs and replacing them with native plants and trees attractive to birds; adding feeders, baths, and bird houses; and creating a central picnic area.

Though all ages of people go on the walkabouts, Sherry is particularly concerned with young people. Several times she mentioned gun violence as an ongoing problem that the community faces. Just as an increasing number of birds have discovered the site (the last winter count resulted in 63 species), “Slowly but surely young people have become attached to the project.” Students that came initially for the community service hours now learn about African American migration parallel to the migration of birds in Chicago. “We’ve made that the core of what we discuss,” Sherry said. She sees these experiences and conversations as a way to help young people she works with to “become that next generation of stewards.” During months with favorable weather, signage on the walking path displays narratives of human immigration history as well as information about bird migration that builds on the conversations that Sherry has fostered around the oasis.

In the midst of so much movement, the oasis is aptly named. A place to seek refreshment. A place to stop and reflect. A place to think about people and birds—and how our stories may bear affinities. For Sherry, a connection to the common pigeon has unfolded into a larger vision. Out of disrepair, new habitat has begun chirping.  A larger conversation between people and place has begun.

All photographs by Gavin Van Horn.