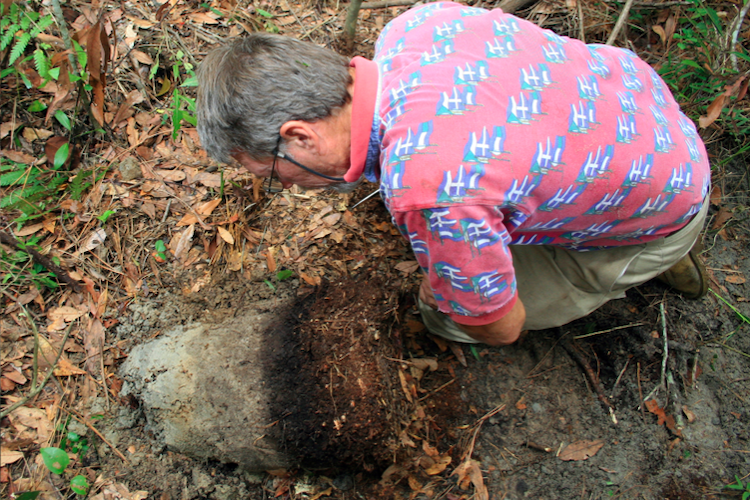 In 1912, the botanist J.C. Shenstone published one of the first scholarly works on urban biota, a listing and description of plants colonizing London building sites. Shenstone wanted to understand how seeds from plants common elsewhere came to be distributed on these sites—whether by wind, birds, as garden escapees, or in the droppings of horses moving from country to city. Shortly after the end of the Second World War, other work along these lines focused speculation on how site condition, particularly the alteration of soil chemistry from accumulated bombing rubble, could predict which species colonized the area… and so the field of urban ecology was initiated. Researchers began asking questions, not just about which plants were there, but why.

My own introduction to urban soils (and soils, generally) came while working with an interdisciplinary team of soil scientists and agronomists at the Center for Urban Ecology in Washington, D.C., back in the 1980s and 90s. I marveled at the soil profiles that arrived from various cities to be prepared and preserved in the lab, and looked forward to spirited discussions about the challenges of managing turf on the National Mall, where the Folklife Festival and fireworks in July compact the soils to a density akin to concrete.

As progressive as it seemed to the rest of the team and me at the time to advance the idea that municipalities might be governed by ecological principles, thirty years later the concept remains nascent. The popular ethos, even to this day, is that cities are human environments, artificially built and maintained for people, beyond (or above) the laws of nature. Yet, research accumulates to deny this portrait and paint a picture of built environments as complex environments, complete with dynamic interactions between people, plants, and animals, and mediated by abiotic factors (think, for example, of the heat island effect). In short, they are ecosystems in their own right. 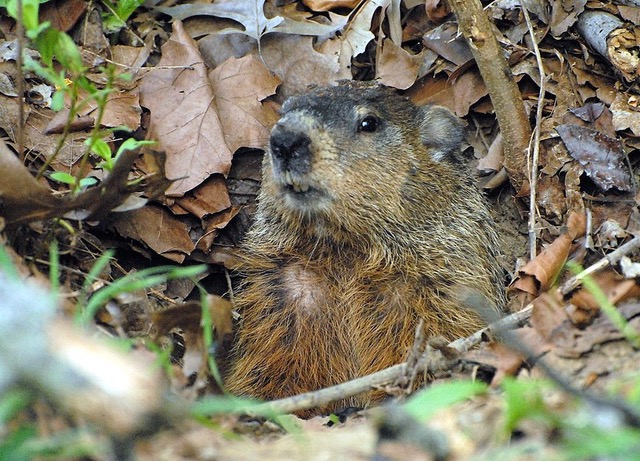 Even as our awareness expands to include an admiration of the plants and wildlife in urban habitats, we still fail to recognize and fully appreciate the very thing our urban ecosystem is built on. Soil, as many have said, is the foundation upon which biology stands. Plants depend to their very roots on the soil in which they grow, and those plants, in turn, help determine which animal species will survive long enough to become a part of the community.

Soil also teems with life of its own. Most of us are well familiar with the larger organisms who make their homes underground, such as woodchucks and prairie dogs, as well as ubiquitous earthworms, ants, and other small but conspicuous invertebrates. But there are more modest creatures—springtails, mites, and nematodes—that flourish under foot, including enormously abundant and diverse types of archaea, bacteria, actinomycetes, fungi, algae, and protozoa, a rich microbiome congregation.

There is considerable variety to soils—so far, approximately 22,000 types have been classified in the U.S. alone.[1] The evidence is there for all to see in soil profile samples. In urban areas, these cross-sections may reveal archaeological debris, including almost contemporary cans and bottles, mixed up horizons due to site disturbance, missing organic topsoil (often removed and sold before a site is developed), and highly compacted and heterogeneous layering. Add to this the ecocidal effects of heavy metals and other pollutants, and the potential loss of ecological complexity and integrity in urban soils becomes real. 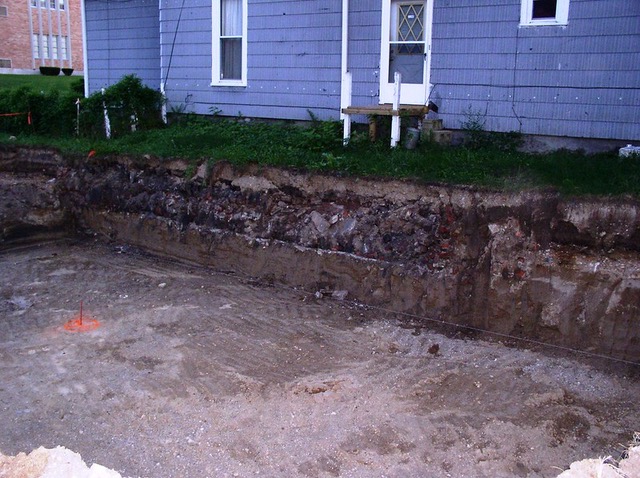 Some experts warn that we’re losing many species of soil organisms without ever knowing they existed, and members of the enormous Nematoda phylum are but one example of what may be lost. Soil nematodes are so small that a handful of soil can contain several thousand individuals. Nematodes can be herbivores, bacterivores, fungivores, omnivores… there are even carnivores who prey on their own kind. The communities they help to comprise serve important and beneficial purposes, aiding in the decomposition of organic material and the recycling of soil nutrients. Should we lose them from urban soils, the consequences felt by plant and animal life will no doubt be significant.

Unfortunately, nematodes are worms, not seals or elephants. As they are hardly charismatic species, there’s a good reason you won’t see environmental organizations launching “Save the Nematodes!” campaigns. Even “Save the Baby Nematodes” is guaranteed to be a fundraising dud.

So, how do we address this issue?

First, we need to better understand urban soil communities and their dynamics, establish where the real concerns lie, and set priorities. Some recent research suggests soil nematodes may be more resilient than we thought, with urban forest soils frequently able to maintain an abundant population, if not a diverse one.[2]

Next, we should adopt what Ian McHarg, one of the first landscape planners to recognize the foundational value of soils, terms an “ecological view.”[3] This means we should work at multiple scales, embrace the complexity of the urban environment, commit to a better understanding of that environment, and strive to maximize its available ecological services.

Most importantly, the ethic McHarg presents asks us to commit to respecting all life, even the smallest. Should we manage to do so, we may be able to pull ourselves out of some of the ecological holes we have dug and create a new and better future.

Emeritus Director of the Urban Wildlife Program, The Humane Society of the United States

Dr. John Hadidian was the Director of the Urban Wildlife Program and Senior Scientist for Wildlife at The Humane Society of the United States (HSUS) from 1996 to 2016 when he retired. Prior to that he was the Urban Wildlife Biologist for the National Park Service’s Center for Urban in Ecology in Washington, D.C., from 1985-1995.