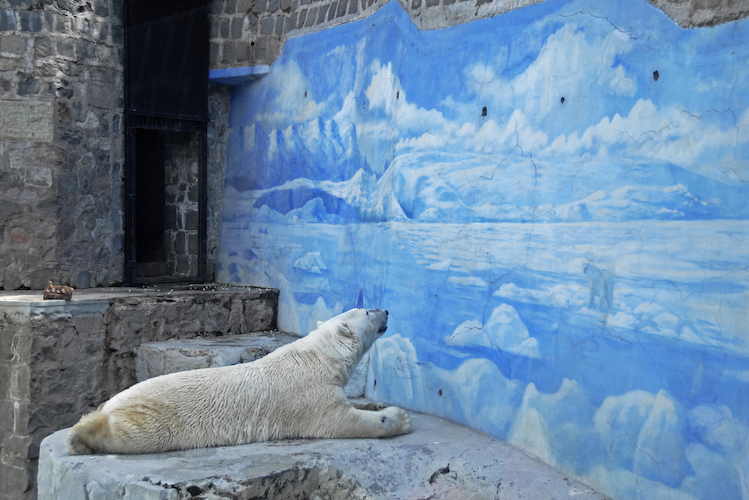 In urban areas of the western hemisphere, polar bears have lived in our midst since the Middle Ages—a result of our fascination with these charismatic carnivores. As early as 1252, Henry III of England kept a muzzled and chained polar bear, which was allowed to catch fish and frolic about in the Thames. The first undisputed documentation of polar bears in Europe shows that the bears arrived by way of Greenlandic Norse traders and from Iceland, where sea currents still sometimes maroon them. Viking entrepreneurs distributed them to royalty throughout Europe, who kept them in ostentatious menageries or passed them on as gifts to grease diplomatic gears and careers.

Beginning in 1693, the first King of Prussia, Frederick I, kept a polar bear and other large mammals for public amusement in a baroque-style hunting enclosure inspired by Roman arenas. These rare animals were too valuable to be killed but, defanged and de-clawed, were pitted against each other in faux fights. During medieval times in England, entertainers displayed all sorts of animals at carnivals and fairs. The traveling menagerie, which derived from the processions of Europe’s ambulatory monarchs and their entourages, first took to the roads at the turn of the eighteenth century. In a bid for respectability, the owner of one bragged he was doing “more to familiarize the minds of the masses of our people with the denizens of the forest than all the books of natural history ever printed.”

Around this same period of time, a burgeoning middle class and expeditions to the Americas, Asia, and Africa, as well as new developments in science and philosophy, brought about changes in how polar bears were displayed. Animal collections in Europe—until then largely a privilege of nobility—increasingly welcomed the public. Featured in these publicly accessible collections, polar bears drew a good deal of attention, just as they did in medieval wildlife collections or “menageries” (such as the one in the Tower of London).

Nobody contributed more to the popularity of captive polar bears or the looks of modern zoos than Carl Hagenbeck. In 1848, Carl Hagenbeck Sr., a Hamburg fishmonger, exhibited six seals he’d received as bycatch from fishermen before selling the seals at a handsome profit. At age fifteen, Carl Hagenbeck Jr. took over what would become Europe’s most famous animal-trade business. He soon supplied zoos, menageries, and wealthy individuals, including the Kaiser. In his early twenties, Hagenbeck already ranked among Europe’s top dealers in exotics. With a nose for opportunity, he branched out into the budding entertainment industry, mounting “ethnological” and large carnivore shows as well as a circus.

From their very beginnings as cultural institutions, zoos have tried to balance entertainment and education. Today, with climate change and habitat loss from development threatening the polar bear’s natural habitat, many zoos have added conservation to their mission, contributing to captive breeding programs and scientific research. This gallery offers a brief stroll through zoos past and present, providing a glimpse at the various ways we have kept and presented the Arctic White Bear. 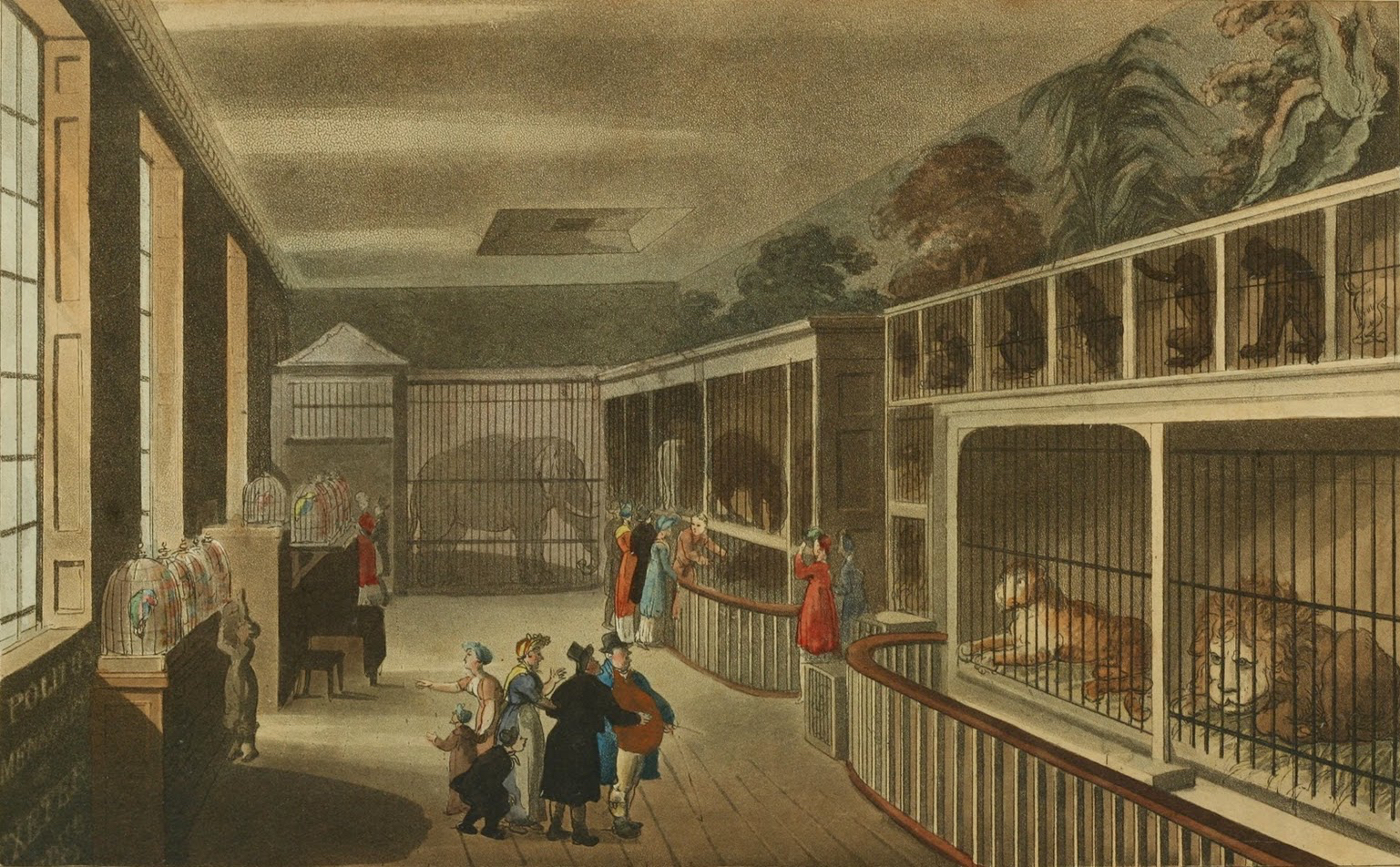 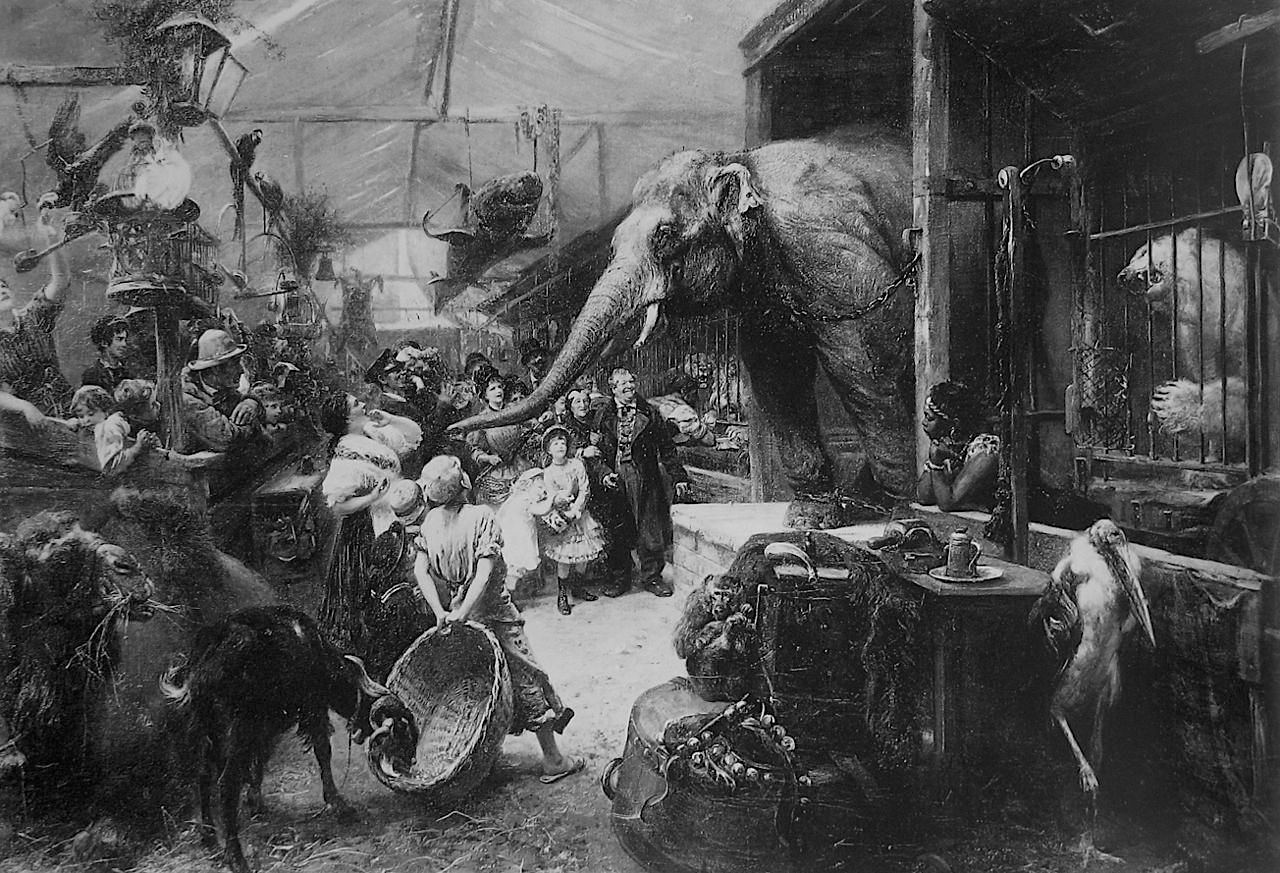 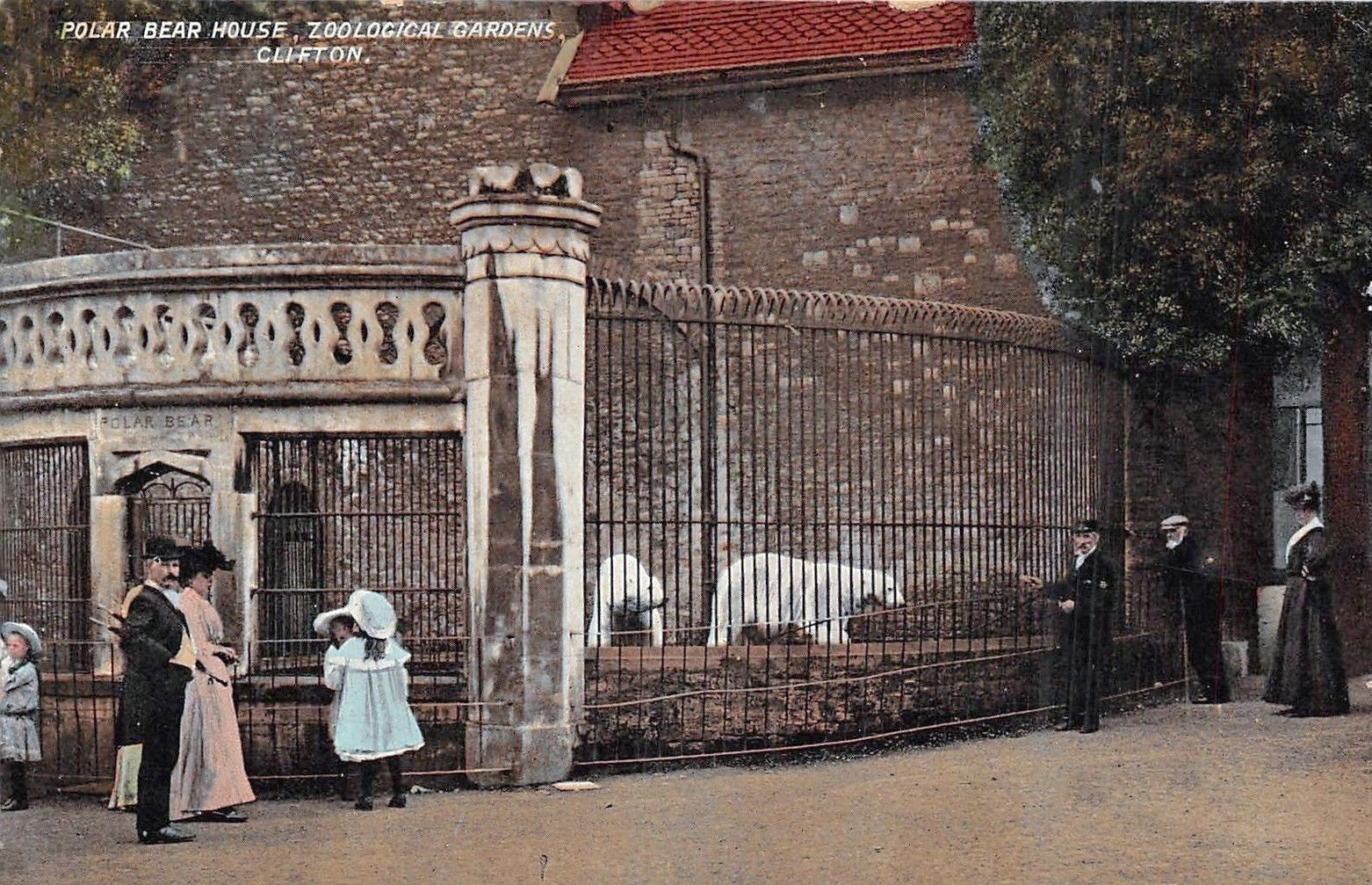 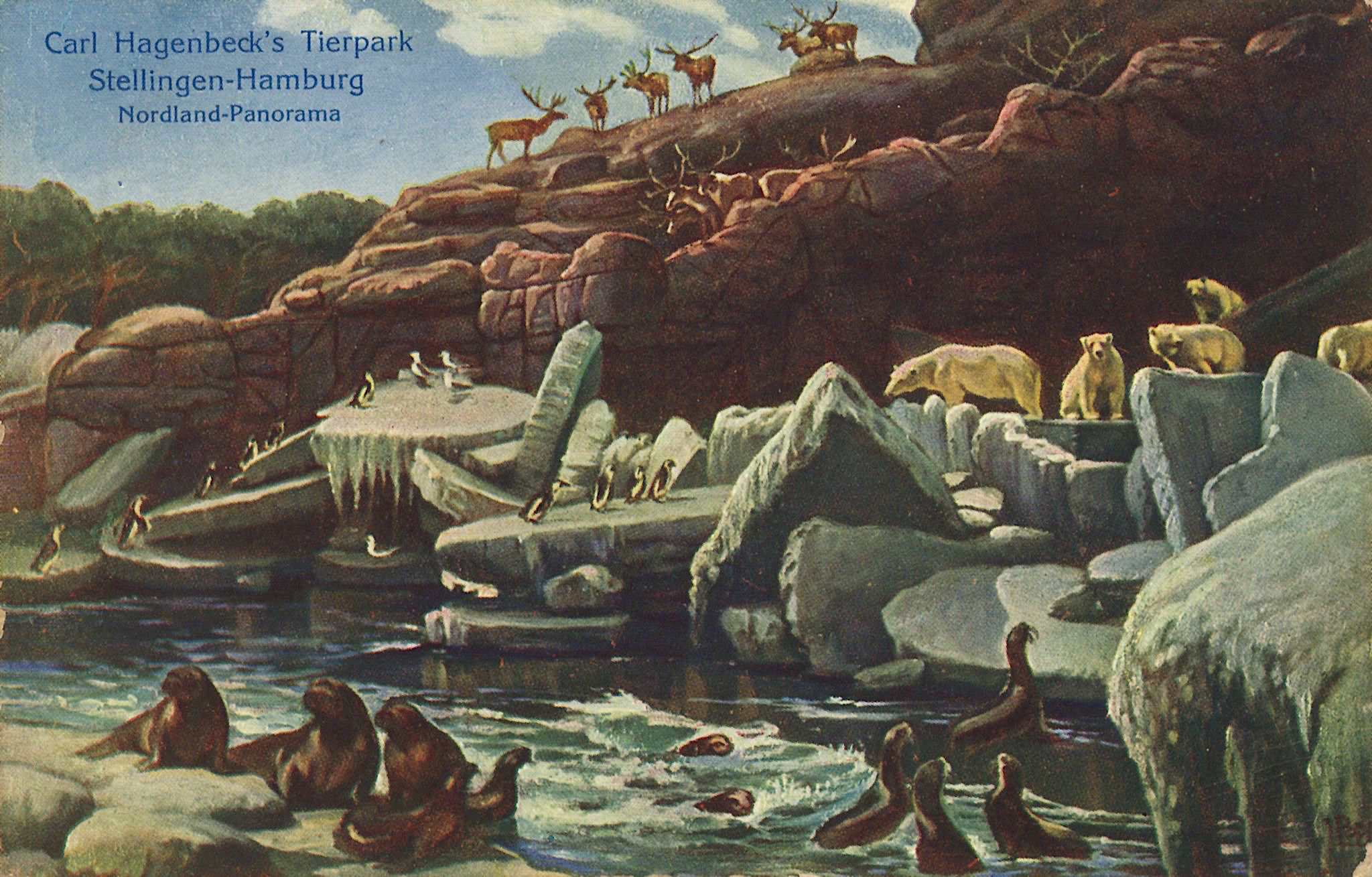 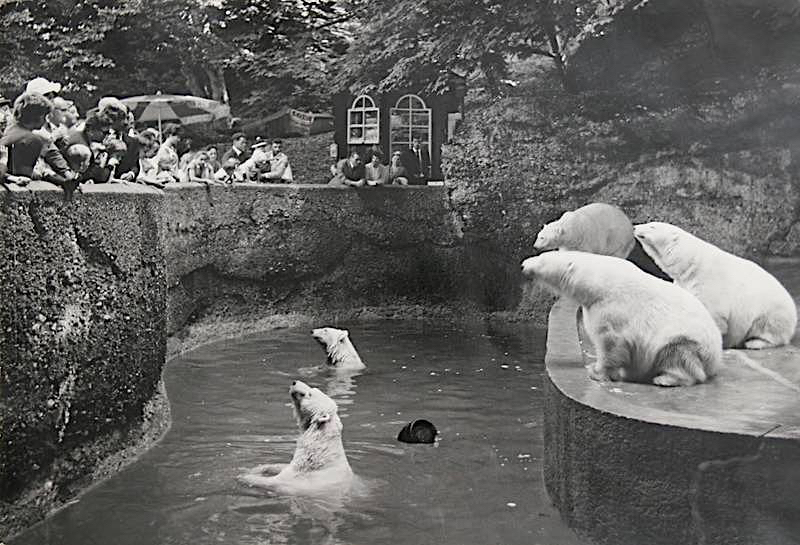 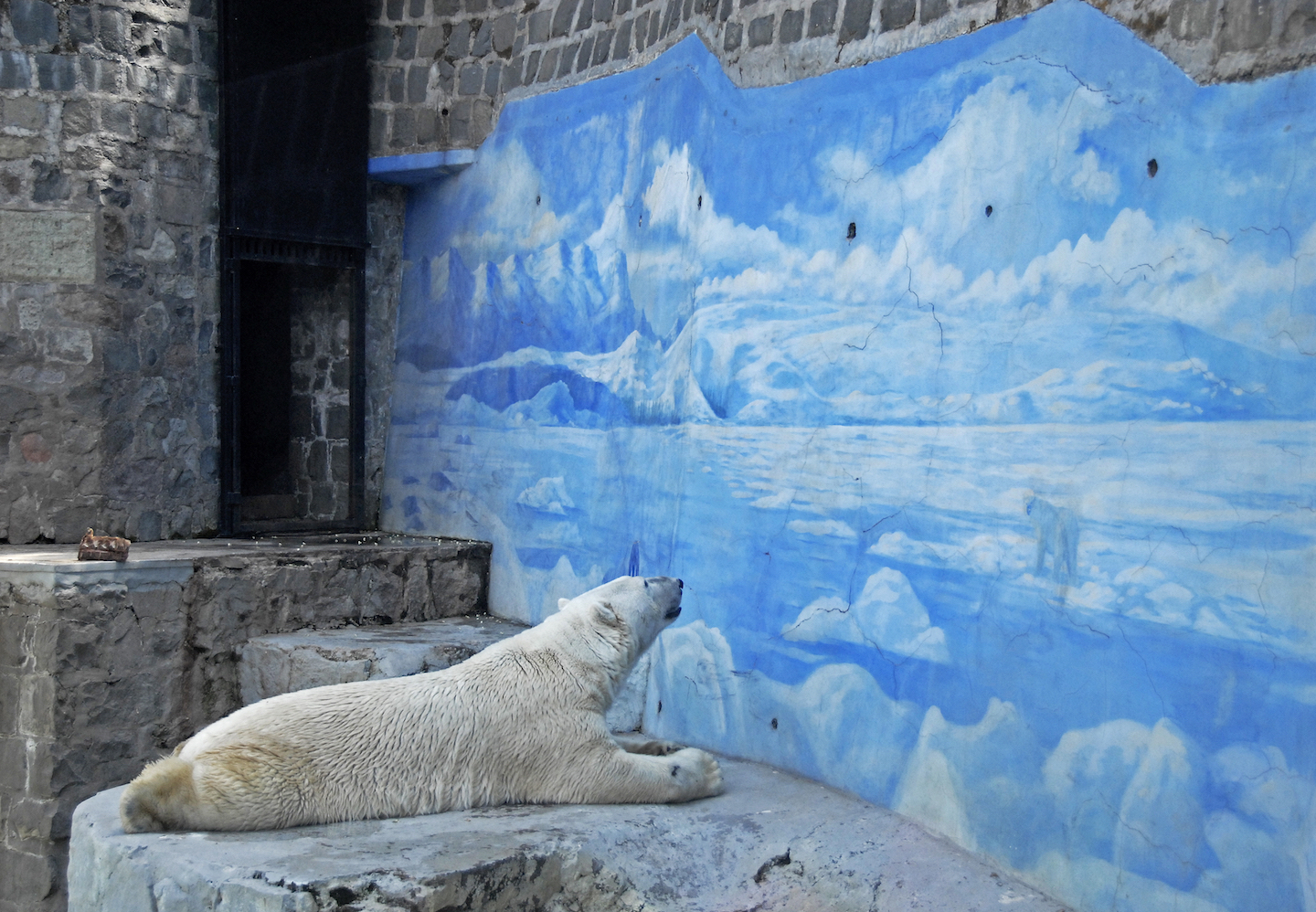 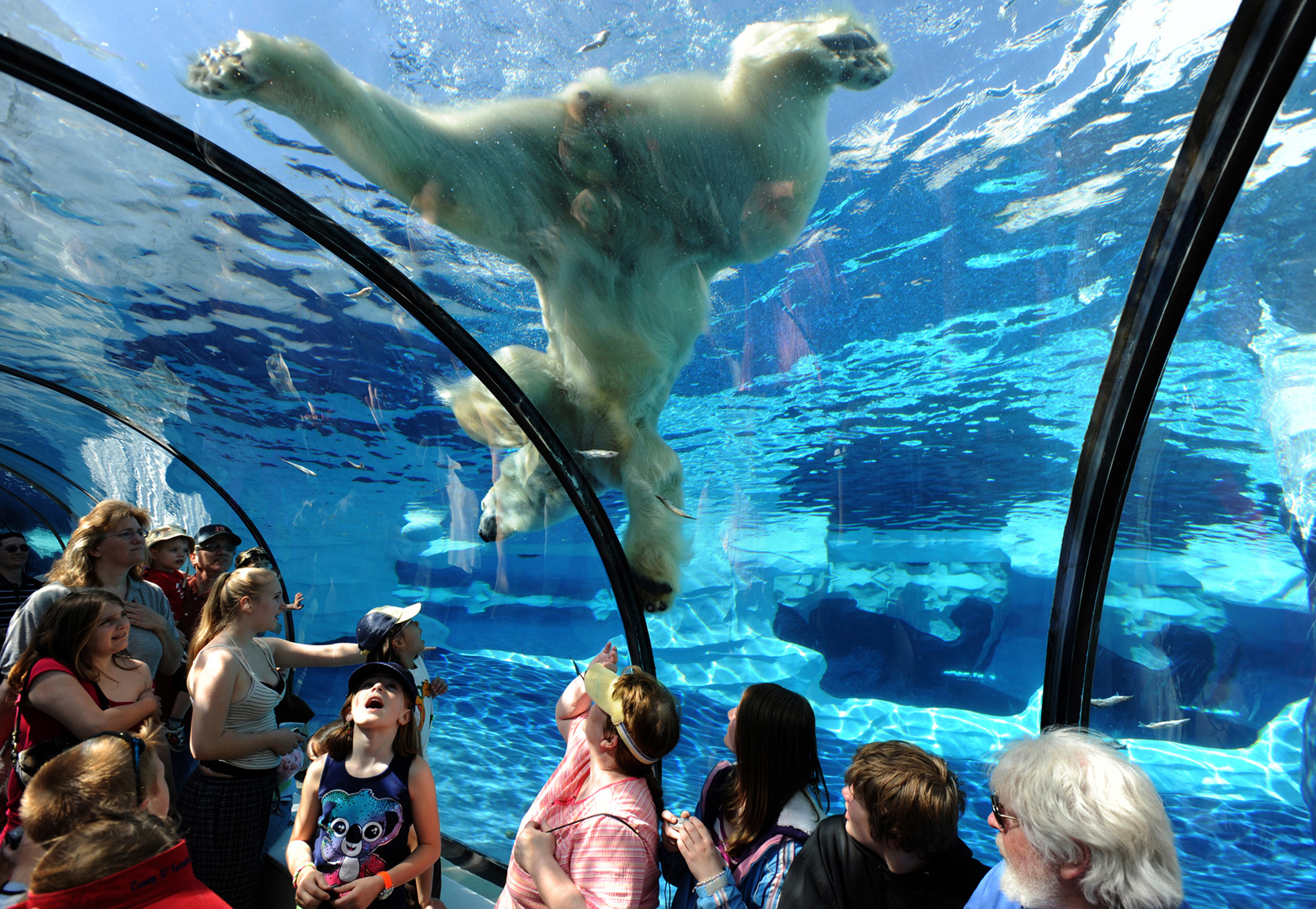 The urge to be close to the wildness (fettered as it may be) that cannot be bred out of zoo polar bears, or perhaps a desire to better get to know these ursine celebrities, has caused numerous incidents at zoos. Such trespassing is not a recent phenomenon. In 1891, a female servant from Bavaria, Karoline Wolf, climbed down a rope into the Frankfurt Zoo’s bear pit—after undressing and neatly folding her clothes—in order to be “eaten alive by a white bear.” People will forever seek operatic ways to end their lives, but accidental zoo maulings are telling because of what these incidents reveal about attitudes toward the animal. In 1987, two polar bears at the Brooklyn Zoo dragged into their den and then killed eleven-year-old Juan Perez, who had entered the enclosure after hours on a dare. The boy thought the bears were slow and afraid of people and water. After invading their space, he provoked the female, throwing bottles and sticks. Police, who suspected that more kids were in danger, riddled both bears with shotgun slugs and pistol bullets.

The old animal magic, that attraction of people to bears, remains strong. Drawn like foxes to a bear kill, we take risks to breach barriers that once, long ago, did not exist. Juan Perez’s death and similar cases recall an Inuit boy’s test of courage and coming-of-age rite: his first polar bear kill. The crucial difference, of course, is the cultural context. Whereas Inuit children grew up listening to their elders, respecting the animal, observing bear habits and how bears are hunted, young Juan had never been inducted into the White Bear’s ways.

Michael Engelhard is the author of the essay collection American Wild: Explorations from the Grand Canyon to the Arctic Ocean and of Ice Bear: The Cultural History of an Arctic Icon. He lives in Fairbanks, Alaska, and works as a wilderness guide in the Arctic.