Much of my research over the past two decades has focused on the evolution of ritual. Why would a specialist on ritual be asked to write about morality? Good question! Indeed, what is the connection between ritual and morality? Both ritual and morality are concerns of religion, but neither are limited to religious contexts—people are moral without religion and the majority of ritual behavior, from handshakes to hugs, takes place outside of what we think of as the sphere of religion. Not only is the relationship between ritual and morality not obvious, but also at first blush these concepts might appear to pertain to opposite ends of human experience. While ritual often invokes the mindless performance of routine acts, morality conjures up lofty and sophisticated judgments that help us assess right from wrong. Rituals are a heritage of our inner animal, whereas our moral sense elevates us above the beasts, or so we think.

Let’s consider where the moral rules that guide our lives come from. There is no doubt that natural selection has shaped our psychology with moral intuitions that facilitate our social existence. Some of our moral intuitions, such as incest avoidance, likely have deep evolutionary roots. However even intuitions with deep evolutionary roots are not necessarily universally shared, as one of my students recently reminded me when she insisted that she did not find incest to be repulsive or morally objectionable. While some basic moral intuitions are a product of our evolved underlying psychology, all moral beliefs and behaviors are shaped by cultural forces; these beliefs and behaviors must be cultivated to become manifest within a society. They are, in fact, socially constructed. This does not mean that human morality has broken free of evolutionary influence, as some would have it, or even that evolutionary analyses are irrelevant to understanding morality. Far from it. Rather, it means that while we have psychological underpinnings that guide our moral decisions, these psychological mechanisms demand cultural information. Social groups shape the moral intuitions of individuals within their communities. Moreover, like a fish needs water, human lives require a moral social universe. But critically, we are the creators of these universes. 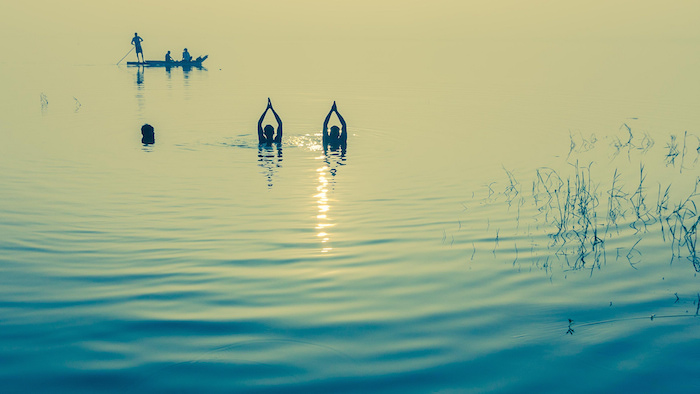 What is fascinating—at least to me—is how each of these constructed universes seems normal and natural to those immersed in them. Most of us perceive the moral rules that govern our lives as the proper way to live. In Micronesia, where I conducted fieldwork, it was morally offensive for women to expose their thighs, which were perceived to be highly erotic, and women were very careful to ensure that they did not accidentally expose themselves. This seemed normal and natural to everyone in this community, whereas my wife and I found that the local attire—everyone was topless—required a slight adjustment of our own moral compass.

If most of our moral rules are culturally constructed, how do they become established? Why do we perceive them as normal, correct, and natural? Anthropologist Roy Rappaport, in his posthumously published Ritual and Religion in the Making of Humanity (1999), suggested that moral obligations become naturalized—that is, we perceive them as part of nature—because they are grounded in ritual. Let’s try to unpack his argument.

Rappaport observes that there are two aspects of all human rituals. On one hand, there is a personal side to every ritual performance. All rituals, whether shaking hands or praying in church, have distinct forms. Formality is how we can distinguish rituals from mundane behaviors. While ritual forms are standardized within communities, such as kneeling or bowing at certain times during prayer, individuals invariably put their own stamp on each performance. A parishioner may pray with enthusiasm or simply mutter the prayers; a colleague may shake hands vigorously or limply, adding a smile or a scowl.

On the other hand, Rappaport observes that human rituals also have an invariant or stable component. It is this side of ritual in which moral messages are embedded. If considering prayer, the moral messages are carried in the words being recited. Sometimes, however, the moral messages of rituals are implicit rather than explicit; nonetheless, the messages can only be articulated through words. For example, the customary greeting of a handshake accompanied by “How are you?” carries a message that in our social universe strangers and acquaintances are assumed to be reliable social partners until proven otherwise. This feels normal and natural. In contrast, imagine our world if we greeted each other with a sword clash or a clenched fist across the jaw.

Rappaport observes that ritual’s inherent structure is binary: one either performs a ritual or not. The formality of ritual, whether a fire-walk or wedding, ensures that there is no middle ground. While rituals appear to be shrouded in mystery, they are deliberate and their message to others is clear: participation in a ritual performance signals acceptance of (and not necessarily belief in) the moral values encoded in the ritual. Performance, therefore, always carries obligations and performers can be held accountable if these obligations are compromised.

Anthropologists have long noted that the repetitiveness of ritual results in a lack of information—what information could be gleaned from endless repetition, such as extending the same greeting or reciting the same prayer day after day? Rappaport recognized that what emerges from ritual repetition and invariance is a sense of certainty and veracity. Consequently, the moral messages carried by ritual seem correct, their arbitrariness is transformed to necessity, and they seem natural and continuous with the physical world.

Despite humanity’s extraordinary cultural diversity, wherever ethnographers ask the people they are studying why they perform a particular ritual, the responses are inevitably the same, and frustratingly, seemingly uninformative: “That is just what we do” or “That is what my ancestors did.” Anthropologists in recent years have appreciated that such responses are more interesting than earlier ethnographers had assumed since they tell us that complex theologies are not the salient motivation for ritual performance.

While I’ve encountered such standard responses to my queries about ritual many times during fieldwork in Micronesia and Israel, the most insightful response I ever received was from a fellow student during graduate school, before I had ever begun to study ritual. I asked him, referring to his weekly religious ritual observances, “Why do you do all of this?” He responded succinctly and thoughtfully: “It makes me feel human.” It has taken me nearly twenty years to appreciate his response, but he clearly recognized the ironic power of ritual. While most of us would place language at the center of our humanity—it is not only how we communicate with each other, it is what fills our heads all day and night—my friend seems to have intuited that language itself is not the seat of humanity, but rather humanity can be found in the conjoining of language to ritual. As Rappaport would have it, in humanity’s evolution, the coalescence of words and action, form and substance takes place in ritual, and this is the wellspring of morality. This is indeed what makes us human. Or, as Rappaport famously put it, because ritual provides the foundation of human morality, “ritual is the basic social act.”

Richard Sosis is James Barnett Professor of Humanistic Anthropology at the University of Connecticut. His work has focused on the evolution of religion and cooperation, with particular interests in ritual, magic, religious cognition, and the dynamics of religious systems.

Engage with questions that illuminate our humanity.
Related Video

13 Contributor Responses
What are the connections between culture and conscience?

Conscience in the Web of Culture: Seeking the Limits