Fracking is at the core of the fossil energy industry’s intent—over the coming decades—to “maximize” the amount of oil and gas that is brought to the surface of the United States, and burned. Donald Trump has handed the federal administrative reins to these interests to see that it happens, in a blatant disregard for science, ethics, and human rights.

The fight against fracking is the fight for an altogether different vision for the future of energy. It is the fight to maximize the oil and gas we keep in the ground. True energy security cannot sacrifice public health in our communities, and the climate on which we depend. We require democratic and localized energy systems, built on the efficient use of abundant and renewable energy resources.

Fracking brings a litany of problems to local communities. Fracking puts vital aquifers at risk for generations by creating new pathways through which contaminants—including the chemicals injected, radioactive brines, and methane and other hydrocarbon gases—can flow over long periods of time.

It fragments forests and mars landscapes with new roads, new well sites, new pipelines, and other infrastructure. It generates toxic and even radioactive waste, the disposal of which causes earthquakes and drinking water risks. It leads to thousands of accidents, leaks, and spills each year that threaten public health and safety and risk rivers, streams, and shallow aquifers. It dumps hazardous pollutants into the air above well-sites and other infrastructure, at the expense of local communities, families, and farms.

It’s turned homes into explosive hazards by contaminating water wells with methane and other harmful gases. Each fracked well consumes millions of gallons of water, competing with farmers for local water supplies. More broadly, fracking threatens the climate on which we all depend by dumping carbon dioxide and methane into the atmosphere, and by locking in future climate pollution with each new infrastructure project. 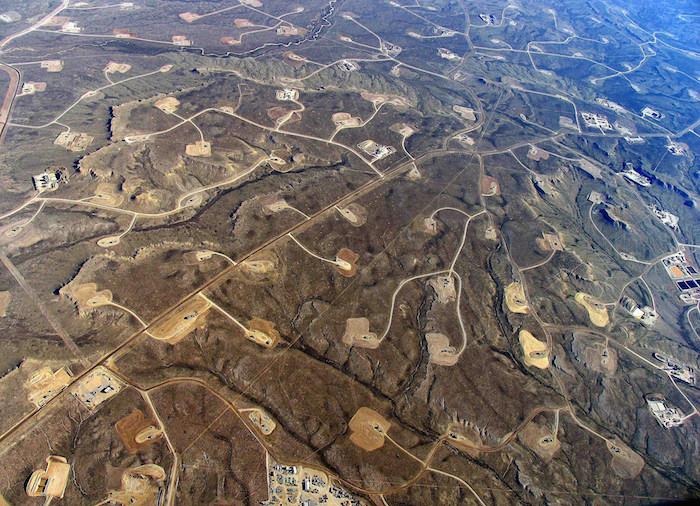 I’m proud to lead an organization calling for a ban on fracking everywhere—the first ever national organization to do so. Our one million-plus members and supporters are active in movements resisting fracking and its impacts in communities around the country.

We are working to create a healthy future for our families and for generations to come—a world where all people have the resources they need, including wholesome food, clean water, and sustainable energy. Making this happen requires organizing people from all over the country to build a large movement with the political power to make our democratic process work. Large numbers of people are a countervailing force to corporations “buying” public policy.

We are up against much more than the oil and gas industry. Global financial institutions are betting hundreds of billions of dollars on new infrastructure to support the oil and gas industry’s vision of maximizing oil and gas production. This is simply indefensible, in light of the impacts on air, water, and health in targeted communities, and the clear message of climate science—that we must maximize what we keep in the ground instead.

One of Trump’s first actions was rescinding the decision by Obama to initiate an Environmental Impact Statement for considering a reroute of the Dakota Access pipeline (DAPL). The Obama decision had come just one day before a deadline the US Army Corps of Engineers had set, after which indigenous water protectors at Standing Rock would have been treated as trespassers on their own sovereign land.

The Standing Rock Sioux, indigenous allies, and other water protectors have been subjected to state violence since August—attack dogs, tear gas, concussion grenades, water hoses in freezing temperatures. The women among the movement are the backbone of this movement.

We now face the prospect of an attorney general, in Senator Jeff Sessions, who went so far as to oppose reauthorization of the Violence Against Women Act because it expanded tribal authority to protect Indian women. I’m hopeful that we can achieve a “culture of trust” in our capacity to meet our energy needs in a way that does not sacrifice human health, human dignity, or the rights and sanctity of our most vulnerable communities.

The oil and gas industry has long been characterized by boom and bust cycles that extract wealth from local communities. Pipelines and other infrastructure required to sustain the vision bring nothing but risk and pollution. People in these communities are left to deal with the assault.

We need to move into a sustainable energy future that prioritizes becoming energy efficient and depends on sun and wind power. We also need to invest in a robust mass transit system that is affordable and convenient. These solutions bring wealth, employment, and well-being where they are put in place. They will bring local energy and economic security. They redefine how we should be defining economic and energy security at the community level. What we require is trust that we can do this—we require political will.

Wenonah Hauter is a longtime public interest advocate working on energy, environmental, and agricultural issues. She is the founder and executive director of the national advocacy group Food & Water Watch.

Enforcing Human Rights Against Fracking Through the Public Trust Principle