“No one wants you here.”

I had just walked into the large and imposing lobby of a hotel, with a view of the plains through its front entrance and the Rocky Mountains framed by a large window at the back. I was about to speak to state energy officials, industry, and others about improving disclosure of hydraulic fracturing chemicals. I knew just a handful of attendees, and as I entered, I saw only strangers. So when someone walked up to me with a smile and a hand extended, I expected a warm exchange to propel me to the stage. Instead, I was told that people knew who I was and didn’t want to hear what I had to say.

It turned out this was not the case, and conversations I had at the conference turned into collaborative efforts to improve disclosure and, dare I say it, friendships. But that initial reaction made me internalize, in one small, relatively non-threatening way, the alienation community members can experience when they raise concerns about noise, truck traffic, chemical smells, foamy drinking water, and other results of unconventional oil and natural gas development. I am a lawyer. I am white. After the conference, I returned home, to a community that benefits from resource extraction but does not have to live with its consequences. The extremely minimal hostility I had faced was enough to make me step back for a moment; how much more intensely would I hesitate if the hostility flowed from my neighbors or my employers? And how much more important would it be, then, to have a public system in place that collects and shares information, debates risk, regulates effectively, and affords remedies to people harmed by fracking? And yet, too often, this system does not exist or is woefully underperforming.

Fracking is a technical process. In its modern-day, high volume, and extremely intensive form, it is more accurately a technical wonder, unlocking energy from source rocks sometimes miles beneath the ground. By itself, this engineering marvel may not violate human rights. But how and where we choose to produce unconventional fossil fuels, the uses to which we put them, and the governance systems we impose to monitor fracking and respond to its consequences, reveal a lot about our commitment to human rights. And as currently deployed in many parts of the United States, what fracking reveals is troubling. In short, we’ve chosen to use this process and administer its effects with too little regard for our water and air resources, community health, transparency, and recognition of risk.

As a lawyer, I stubbornly start with the law for any analysis. So when I was asked if fracking violates human rights, I consulted two international human rights treaties, addressing “civil and political rights” and “economic, social, and cultural rights.” The United States has signed both agreements; we have only ratified the first.

Both treaties establish the right of all peoples to “freely pursu[e] their economic, social and cultural development,” up to the point where this pursuit is “aimed at the destruction of any of the rights and freedoms” of others. Then, states may place bounds on these activities.

Turning to the specifics, the first treaty describes the right not to be subjected to medical or scientific experimentation without free consent; or to “arbitrary or unlawful interference” in one’s family or home. Moreover, it describes the right to:

The economic, social, and cultural rights treaty describes the right to:

When we throw ourselves headlong into a new industrial enterprise, but fail to track water quality and public health metrics, or to require disclosure of the chemical inputs for the activity, we are choosing to conduct a long-term, far-reaching health experiment using human subjects. Ditto when workers are subjected to long hours, held to high quotas for water transport or drilled wells (the increased efficiency being touted today requires humans to work faster), and asked to handle unidentified chemicals. Given that we should be able to drill fewer well pads to produce unconventional natural gas, when we place no restrictions on well siting (or readily provide variances to avoid restrictions), we impose more physical and mental health burdens on communities than necessary to produce the same amount of energy. When we fail to assess severance taxes or other fees sufficient to compensate local economies and restore landscapes, we interfere with the enjoyment of one’s home and bankrupt a community’s future for a present-day, quick buck. When laws are written to prohibit citizens from challenging a fracking chemical trade secret; when disputes are removed from the courts for private arbitration, or settled under seal so that the public cannot learn about pollution incidents; or when states try to buy community power with a few “impact fee” dollars, we short-circuit the democratic process and deny people effective remedies or their day in court. 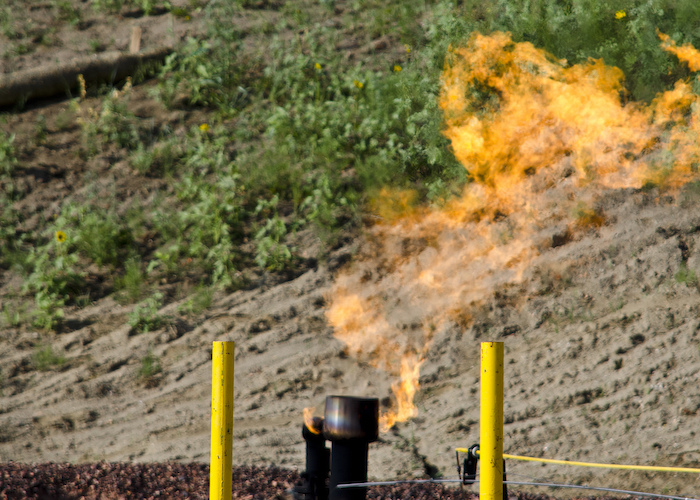 On the other hand, we could produce unconventional natural gas while being more protective of human rights. We could collect better information, and act to mitigate identified risks. We could adopt a landscape-scale siting process, working with communities to identify resources that are too important to be threatened by oil and natural gas production. We could require fuller disclosure of fracking inputs, and of pollution incidents. We could enable local governments to determine the development they want, at least where state constitutions allow this, and we could require extractors to pay for ecosystem health and community development. We could invest research dollars into lower-impact development methods, or non-combustion uses for fossil fuels. These decisions might price some companies out of the game, or take areas out of production. We can and should have a debate about the consequences of deploying these and other tools. By not having those debates, we are choosing to devalue risk mitigation and public participation.

Other contributors argue that fracking, however done, violates human rights. I look forward to learning from their contributions. My position is more nuanced. I don’t believe the problem is in the technology so much as how we as a society choose to deploy it. And I believe there is a powerful role to play in improving the public decision-making process where fracking is already underway.

These views are the author's own and do not reflect the opinion of Harvard University or the Harvard Environmental Law Program.