A “human rights perspective” brings along with it an uncompromising language. Rights shall not be violated. Full stop. Thus, if something violates human rights, it must be prohibited. Slavery cannot be allowed, even if it’s just one slave and that one slave would make a million people rich. This is obviously an important perspective on our moral lives.

Yet what if, for example, torturing someone to extract information could save a million innocent lives? Alright, maybe he’s a hardened terrorist who won’t talk. But he’d crack if you tortured his daughter enough… Do her rights outweigh the rights of a million other souls? This is another perspective on our moral lives—one that talks in terms of trade-offs, cost-benefit analyses, and the greatest good for the greatest number.

A recent study argued that fracking “poses a significant risk to a range of key human rights,” including health, clean air, and clean water.[1] The language is a mix of both perspectives. To speak not just of health, air, and water but our right to such things is to suggest the uncompromising position: we must have these things no matter what. Yet to speak in terms of risks is to suggest the other position: maybe some level of risk is acceptable as long as the benefits are handsome enough or perhaps if the costs of guaranteeing the rights are prohibitive. And just how healthy do we have a right to be and just how clean must the air and water be? Maybe a little pollution is morally permissible.

This year 35,000 people will die on US roads, making them a very clear threat to life or the human right to life. Many of the deaths could be prevented if greater investments were made in traffic safety measures. Yet, collectively we have decided that these risks are worth shouldering.

It would seem that even when a socio-technical system (like roads) has foreseeable and intrinsic risks, it doesn’t necessarily violate human rights. Further, if we were to outlaw all road use in the name of protecting the right to life, we would jeopardize that very same right: food, work, hospitals…everything would grind to a halt. I think the same can be said of fracking (in part because both roads and fracking are elements of the same petro-culture). Fracking does present foreseeable and intrinsic risks to human rights. Unfortunately so would a complete ban on fracking. Our rights are tangled up in systems that both secure and jeopardize them. 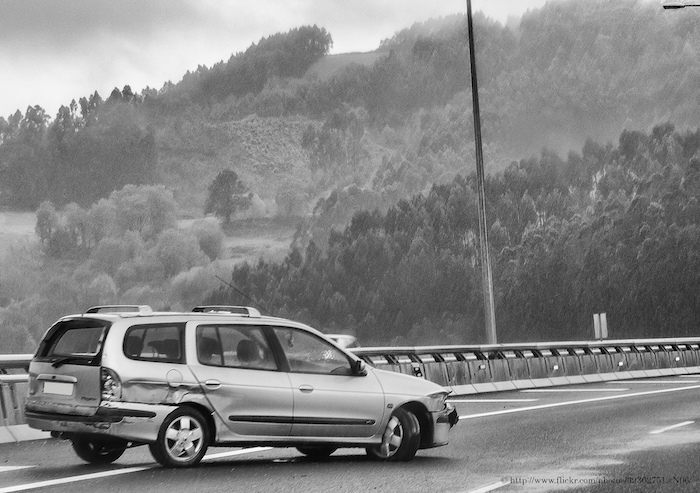 Consider the paradigmatic human rights violation, namely, the experiments conducted by Nazi physicians and researchers on prisoners in concentration camps. The international response to this original “crime against humanity” was not to prohibit experimentation involving human subjects. Rather, via the Nuremberg Code, the response was to craft a set of rules to allow human experimentation while minimizing the risk of further rights violations.

In short, the response was reform rather than rejection. This is the case even though there can be no guarantee of safety and propriety: in the race for (often lucrative) cures, there will always be temptations to cut ethical corners. The point is that rejection carries its own risks. The right to healthcare is now premised on the medicine made possible by human experimentation post–World War II. We would say, for example, that someone has had their rights violated if they were barred from obtaining vaccinations. Yet that is precisely what would have happened if human experimentation had been prohibited in the wake of the Nazi atrocities. The vaccines would have never been created.

This is the trickiness that arises when a human right becomes dependent on technology for its realization. Dams provide water and energy but also on occasion fail, killing people and destroying homes. Most public school buildings don’t have storm shelters even if they sit in tornado alley, because the costs of building shelters are astronomical. Three years after a tornado killed dozens of children in Oklahoma schools, more storm shelters are slowly starting to be added. No school buildings have been declared human rights violations.

The Permanent Peoples’ Tribunal on the Human Rights Impact of Fracking is considering whether certain US states violated human rights by “failing to adopt a precautionary approach” to fracking.[2] I take such an approach to mean accounting for the risks and unintended consequences of a technology prior to its commercialization. How much precaution is enough and who decides that? No matter how thoughtful the prior discussion, risk will be present simply because there is no way to anticipate, let alone control, every possible eventuality.

Meanwhile as time is spent thinking, opportunities are lost by not committing to the technology under review. This inaction brings its own risks. Between 1967 and 1978, the Nuclear Regulatory Commission issued an average of twelve nuclear reactor construction permits per year. After Three Mile Island disaster in 1979, however, new activity stopped cold: no new permits were issued between 1979 and 2012.

Was this an appropriately precautionary response? It’s hard to say. Certainly, other nuclear accidents may have been avoided. Then again, it’s just as likely that more coal power resulted. This means, of course, more carbon, sulfur dioxide, and mercury emissions to go along with mountain top removal and strip mining on massive scales. Then again, now there is less nuclear waste to dispose of. Then again, we may have advanced more in our ability to process nuclear waste had we not run away from the technology.

Less nuclear power on the grid also contributed to the conditions that have made fracking for natural gas so economically viable. Would we have less fracking now had we not been so cautious about nuclear power forty years ago? If so, then should the Tribunal also consider indicting state actors for being too precautionary?

Yes, there was a failure of moral imagination in the run up to fracking. We should have never gone down this road of extreme fossil fuel energy. Sadly, though, here we are: leading lives that now rely on oil and gas, that is, fracking, to deliver heat, light, food, and water. Rather than indicting entities for past failures, we should focus on disentangling ourselves from fossil fuels in ways that don’t violate all the rights we’ve tragically woven into so many wrongs.

Adam Briggle is an Associate Professor in the Department of Philosophy and Religion at the University of North Texas. He is the author of A Field Philosopher’s Guide to Fracking.

Fracking May Not Violate Human Rights, but That Doesn’t Get Us Off the Hook