First of all, before I start to share my thoughts on the primary question of whether or not fracking violates human rights, we must bear in mind that the discussion about fracking and human rights is not merely about the fracking procedure itself, but the whole industrial and commercial process which is inherently linked to this extraction technique. Therefore, I think it is important to acknowledge that “fracking” cannot violate human rights, only other humans, in form of corporations and state authorities (i.e., the frackers and their accomplices) can violate human rights.

Fracking: What exactly is this?

Fracking or hydraulic fracturing is a technique employed by the oil and gas industry to extract fossil fuels.[1] Thousands of gallons of water (from drinking water reservoirs, rivers or lakes), mixed with tons of toxic chemicals and silica sand, are pumped deep underground under extreme pressure to crack oil or gas bearing rocks in order to set freeso-called “unconventional” fossil fuel resources.

The fracking industry itself consumes space and water on a large scale.[2] It has—through the construction of a network of thousands of wells—a significant impact on the regional development of the targeted regions and it inevitably affects areas where either settlements or environmentally and culturally sensitive zones can be found.[3, 4]

Human (or Natural) Rights: What are they?

Human rights belong to all human beings and cannot be taken away by any law. Governments are explicitly obliged to act in certain ways or to refrain from certain acts in order to promote and protect the human rights and fundamental freedoms of individuals or groups.[5] Once, they were called natural rights, meaning that humans possess them as a gift from nature (or a higher being) prior to the existence of states or governments.[6]

Some of them are directly linked to our fracking case, for example:

These rights are non-negotiable and no human being needs an administrative order to legally demand protection of these rights.[7] Infringing upon them means infringing upon written and non-written universal/international law.

The Risks and Impacts of Fracking

More than a decade of large-scale use of the fracking technique (mainly in the US and Canada) has shown how harmful and destructive this extraction process can be, as confirmed and acknowledged by countless peer-reviewed scientific studies.[8]

There are numerous proven risks and impacts related to the development of fracking projects, such as heavy freshwater consumption, water and soil contamination, and public health impacts.[9] Of the 685 peer-reviewed studies, commentaries, and reviews published on fracking:

On a global scale, we have a very significant but mainly ignored problem with fugitive methane emissions from gas extraction in general and from shale and tight gas in particular. There is a leakage rate of roughly 4 to 12 percent of the lifetime production of gas wells, being emitted to the atmosphere.[10] Since methane is at least eighty-six times more powerful as a greenhouse gas than CO2 over a twenty-year period, opting for business as usual or even more fracking simply means that we will certainly bring the world very soon to a boiling point, which could burn the very base of our civilization.[11] 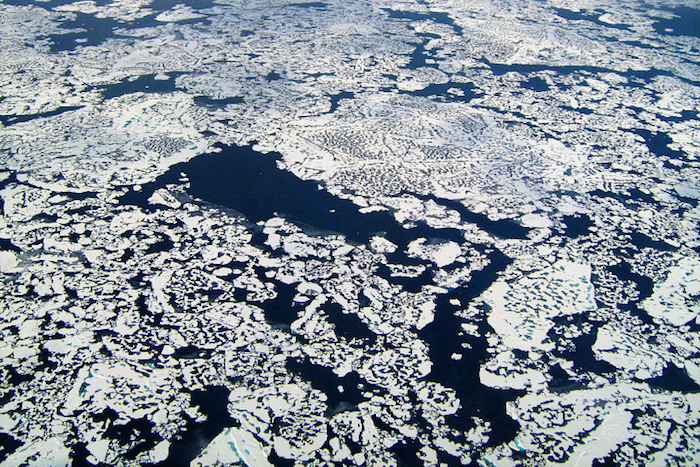 Another very existential threat of fracking development is the threat of water contamination and the necessary heavy freshwater consumption. The industry doesn’t even shy away from developments in water scarce or arid regions. This means that freshwater for fracking stands there in direct competition to drinking water supply or irrigation (including water rights access for the projected lifetime of a project). Apart from the fact that over 50 percent of the US fracking wells are located in regions with high or extremely high water stress (including basins in Texas, Colorado, Oklahoma and Colorado), we should also be concerned with large and deep transboundary aquifers (like the Continental Intercalaire Aquifer in North Africa, the Karoo Aquifer in Southern Africa, or the Guarani Aquifer in South America). They represent the only drinking water source for entire regions. Their potential contamination could have dramatic effects on health and could result in serious social and economic consequences on top of this turmoil that we’re just moving through on a global scale. Almost 40 percent of global shale basins are in regions that are either arid or under high to extremely high levels of water stress. On top of that, almost 390 million people live above these shale layers. Therefore, competition for freshwater access and incited social conflicts are just a matter of time, not of “if.”[12]

No matter which perspective of the fracking universe I look at, the summary remains the same: The development of fracking projects violates human rights in multiple, ongoing ways. All risks and impacts, such as those described above, that are linked to fracking represent the inevitable outcomes of this technique to extract fossil fuels.[13] And each impact violates human rights in some way or another. Fracking benefits only a minority to the detriment of the majority of people on this planet.

In 2012, the UN Environment Programme (UNEP) issued a “Global Alert” on fracking.[14] In 2014, the Permanent Peoples’ Tribunal  began seeking testimony for a session on the Human Rights Impacts of Fracking.[15]

It is not surprising that the notion of producing even more climate-toxic fossil fuels, especially with such a high-risk method like fracking, is rejected by many people worldwide. Whether in Pungesti (Romania), Balcome (UK), New Brunswick (Canada), Ain Salah (Algeria), Standing Rock (USA) and many other places worldwide, people are fighting for our basic rights as human beings.

Unfortunately, the frackers and their accomplices simply don’t “give a frack” about human rights. Instead they remain fixed on the fossil fuel-based economic model, despite this system’s ongoing contributions to the imminent harms of climate change; the proven risks and hazards of fracking for water resources and health; the unresolved problems of getting rid of the industrial waste in an environmentally suitable fashion; and the social and ecologic conflicts involved in fracking.

Our human and natural rights are therefore not only at risk but they are being, rather deliberately,  torpedoed at an international level by the frackers themselves and their accomplices (which unfortunately happen to be the ones which should represent us, i.e., our governments).[16]

The “democratic deficits” that go along with the usage of the technique are obvious and make resistance inevitable. The anti-fracking struggle is not only about the protection of environmental standards. It is basically a political pro-democracy fight, defending our basic natural rights as beings.

[2] To be economically viable, continuous drilling of new commercially producing wells are required (especially in shale layers, but also in sandstone and clay formations). Depending on the geological and topological circumstances, we talk about a well pad each 2–4 km
http://www.foeeurope.org/sites/default/files/publications/fracking_frenzy_0.pdf; http://f.datasrvr.com/fr1/314/48797/Shale_Gas,_an_International_Guide_v3.pdf; http://dialog-erdgasundfrac.de/sites/dialog-erdgasundfrac.de/files/Ex_HydrofrackingRiskAssessment_120611.pdf

[4] As we have experienced or as we can predict with high probability in the USA and elsewhere in the world: Frack pads state?by?state: http://www.fractracker.org/maps/; https://ejatlas.org/featured/fracking-frenzy

"Methane Leaking through the Cracks" by NASA’s Earth Observatory. (CC BY 2.0)

A former public servant, Andy Gheorghiu became involved in the anti-fracking movement when an international oil and gas company requested a permission license for shale gas development in North-Hesse, Germany, where he lives.