What a moment this is for nature writing! Bookstores are bursting with new books about plants, animals, ecosystems lost and found, and our human place within all this. Clearly, there’s an audience for books like H is for Hawk, Butterfly Dust, The Invention of Nature, The Genius of Birds, and Beyond Words: What Animals Think and Feel, to name a few, since publishers aren’t putting them out for charity. The web is even stickier with natural history, to give the subject its old fashioned name, not least at the intersection of humans and nature. Worth noting also are citizen science programs, in which non-scientists are enlisted in scientific observation and recording. Bird-watching, for another example, is an outdoor activity that is consistently growing—as tourism authorities around the country have discovered, “eco-tourism” isn’t just about going to tropical rainforests anymore.

But why this explosion of interest in natural history now, during a time in which, as George Monbiot says, “to love the natural world is to suffer a series of griefs, each compounding the last”? Could all this written celebration be some sort of antivenom to the poison of grim news about coral reefs, vanishing rain forests, slaughtered megafauna, the sixth great extinction, and global climate disruption and the geopolitical crises it engenders?

One thing’s definite: there’s a tremendous passion for the natural world out there.  E. O. Wilson has even minted a word for it: “biophilia,” the love of life. So shouldn’t this love be harvested as action for the preservation and flourishing of that natural world? Michael McCarthy certainly thinks so. His new book The Moth Snowstorm: Nature and Joy is a moving combination of autobiography, elegy for nature, and passionate call for using “our joy in the beauty and life of the earth” in our efforts to help save it. It’s a book to inspire. It makes me want to update W. H. Auden’s imperative “we must love one another or die” to we must love this planet or die. 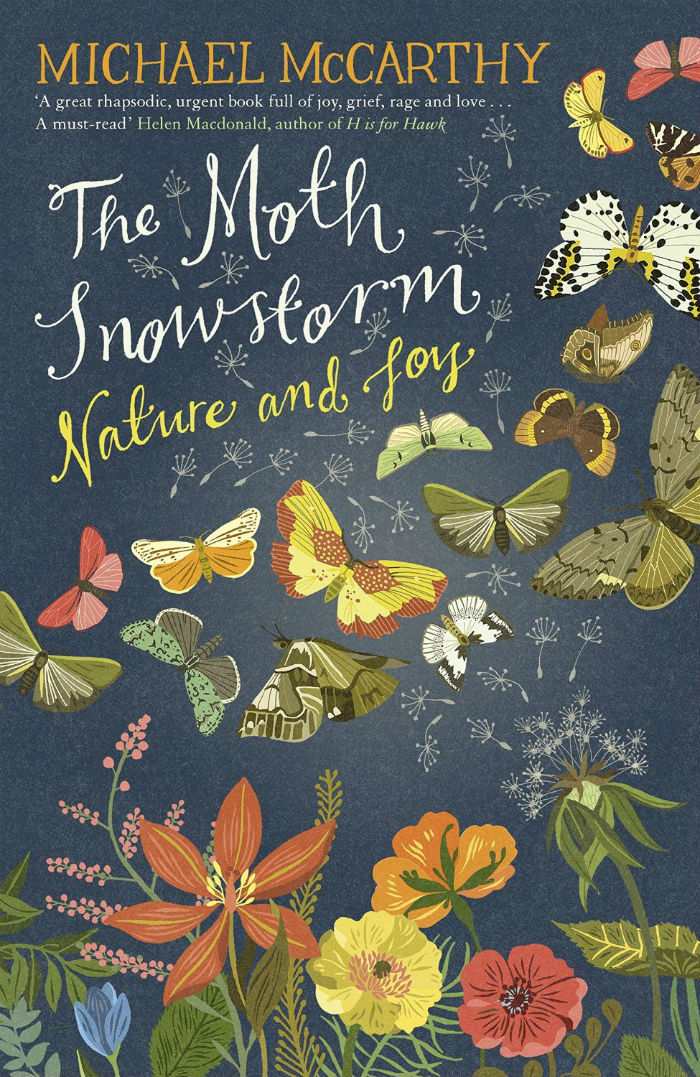 Well, of course, we will die, and obviously the planet will in all likelihood be around for a very long time yet, even in the face of the demagogic debaucheries of a Donald Trump presidency. Death’s a part of life, part of both our humanity and our organic animal nature. But before we as individuals go, mustn’t we rage against the killing of life in the here and now caused by our own blundering, ignorance, and greed? Turning our love of nature into a political force is an imperative. We must do all we can to put a stop to the wanton home-wrecking to protect what we love. Because, clearly, we haven’t done enough yet.

Or is it that what we’re doing isn’t working?

An environmental journalist and editor, McCarthy has witnessed Britain lose half of the animals and plants that existed when he was born in 1947. And that post-war baseline was already deeply compromised by earlier transformations of the British Isles, one of the most historically transformed landscapes of Europe. While relatively few species have been made locally extinct in Britain, almost all have experienced these plunges in numbers. He calls this “the great thinning.” There is just so much less now, on the cusp of a century that promises to further the human assault on the only planet we have. Estimates from the World Wildlife Fund and Zoological Society of London say that by “2020 the world will have lost two-thirds of its vertebrate biodiversity.”

It is notoriously difficult to see this diminishment of life if we don’t pay a lot of attention over our lifespans. The phenomenon of “shifting baselines” means that what we see and experience currently is what we assume has always been. But our sense of the present is definitely not a blueprint of the past and very probably not a forecast of the future.

The UK is a relatively small, island-bound nation, with a proportionally large number of nature watchers. Some of these naturalists and nature seekers have been disparaged as “twitchers” (in excitement) and “tickers” (as in ticking off a box beside a list of species before running to find the next one) by the jealous or uncomprehending, but they’ve still produced some excellent records for birds, bees, butterflies, moths, and wildflowers. The thinning has halved them all. Only the number of humans has grown. 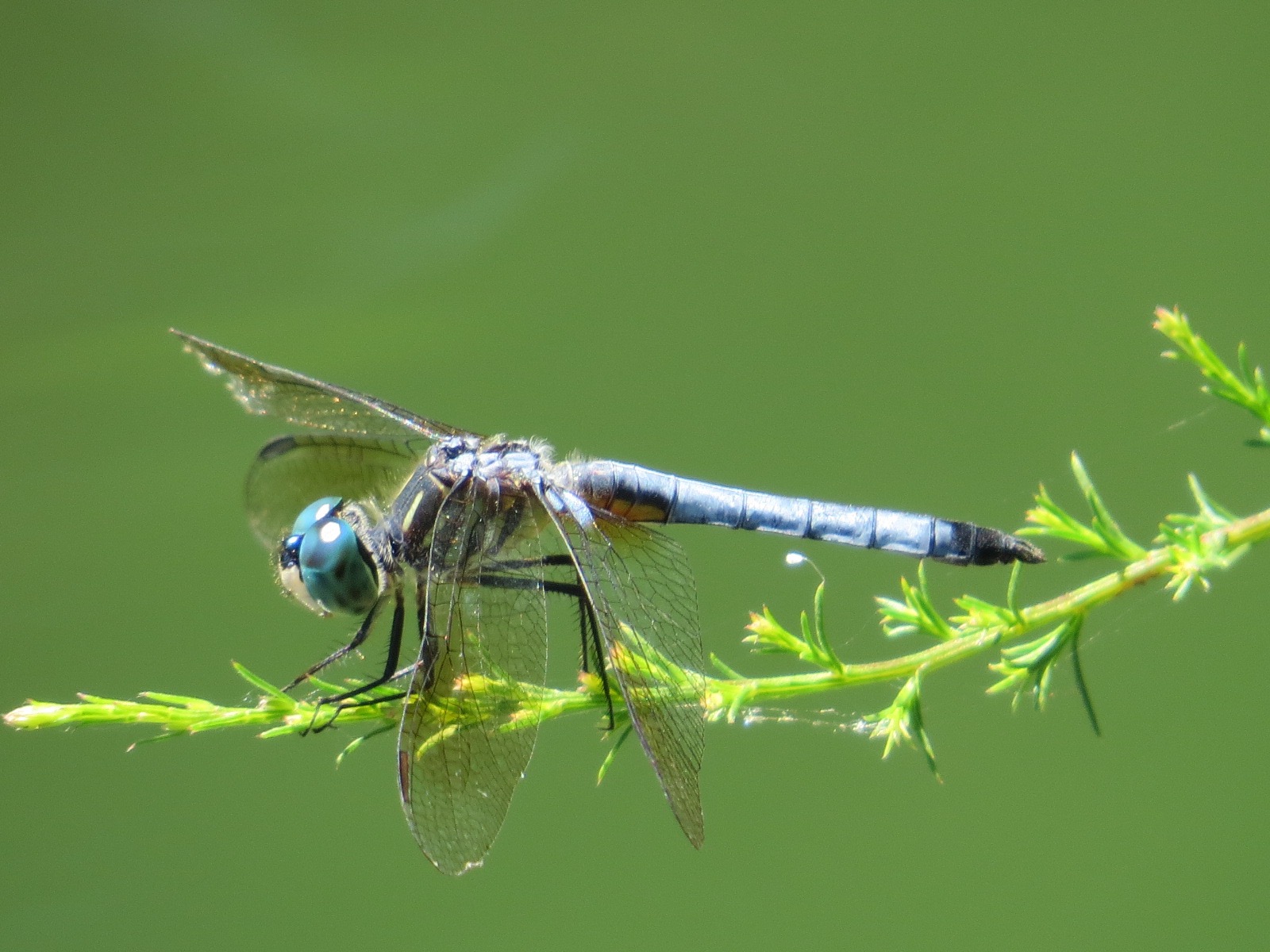 And then there is memory. McCarthy has titled his book after the “moth snowstorms” of his youth. The moths were once so thick in the night they looked like snowstorms in the headlights of cars. The faster the car went, the thicker the storm seemed. Drivers and passengers periodically had to wipe off windshields and headlights of the accumulated lepidopteran fatalities. People in their sixties and seventies remember marveling at the sight. And at a recent reading in Brooklyn, New York, McCarthy heard some older Americans say they don’t see these masses of moths on America’s roads anymore either. They can all only marvel at the experience in their memories now, while people half their age don’t even have that. Today, the natural bounty of the past sounds like something only found in the pages of a magical realist novel.

In the UK, the “astonishing richness of life” represented by those moth storms has been eradicated by industrial-scale farming and boundless chemical warfare waged against “weeds” and “pests.” The sprawling of urban/suburban/exurban development has taken its toll, too. Needless to say, so have too many cars driving through the night. In that green and pleasant land, the dark Satanic mills seem to have finally won.

But surely not totally, not as long as we are human. For McCarthy, the 50,000 generations Homo sapiens wandered as hunter-gatherers simply overwhelm the 500 generations of settling down with agriculture. McCarthy locates the love of nature and the wild “deep in our tissues” because of this long intimacy with nature. How could it not be, “when we were wildlife once”? I’m not sure where, exactly, this deep love of nature should be located within us, but clearly as a species we’ve spent a lot longer evolving out there in the world than in here in front of a screen.

Wherever this nature love comes from, it shouldn’t be thought of as a romantic one, with either an upper- or lower-case r. It’s a tough love, baby! For the world was also once very much a matter of life and death, as it still can be in some places. McCarthy is not so naïve as to assume that the wild does not have its terrors. Sure, we humans have killed off most of the great predators and most of the world’s megafauna, but once they kept us very much on our toes. It’s still possible to be awe-struck by the big cats, the bears, and the African megafauna, an awe that has its share of fear in it, like the old concept of the sublime. But my hunch is that this awe isn’t merely a response to size and threat. Consider the gobsmacking marvels of long-distance migration: half-ounce Blackpoll Warblers flying back and forth across hemispheres, turtles crossing the Pacific as a matter of course, Monarch butterflies kiting to Mexico for the winter. 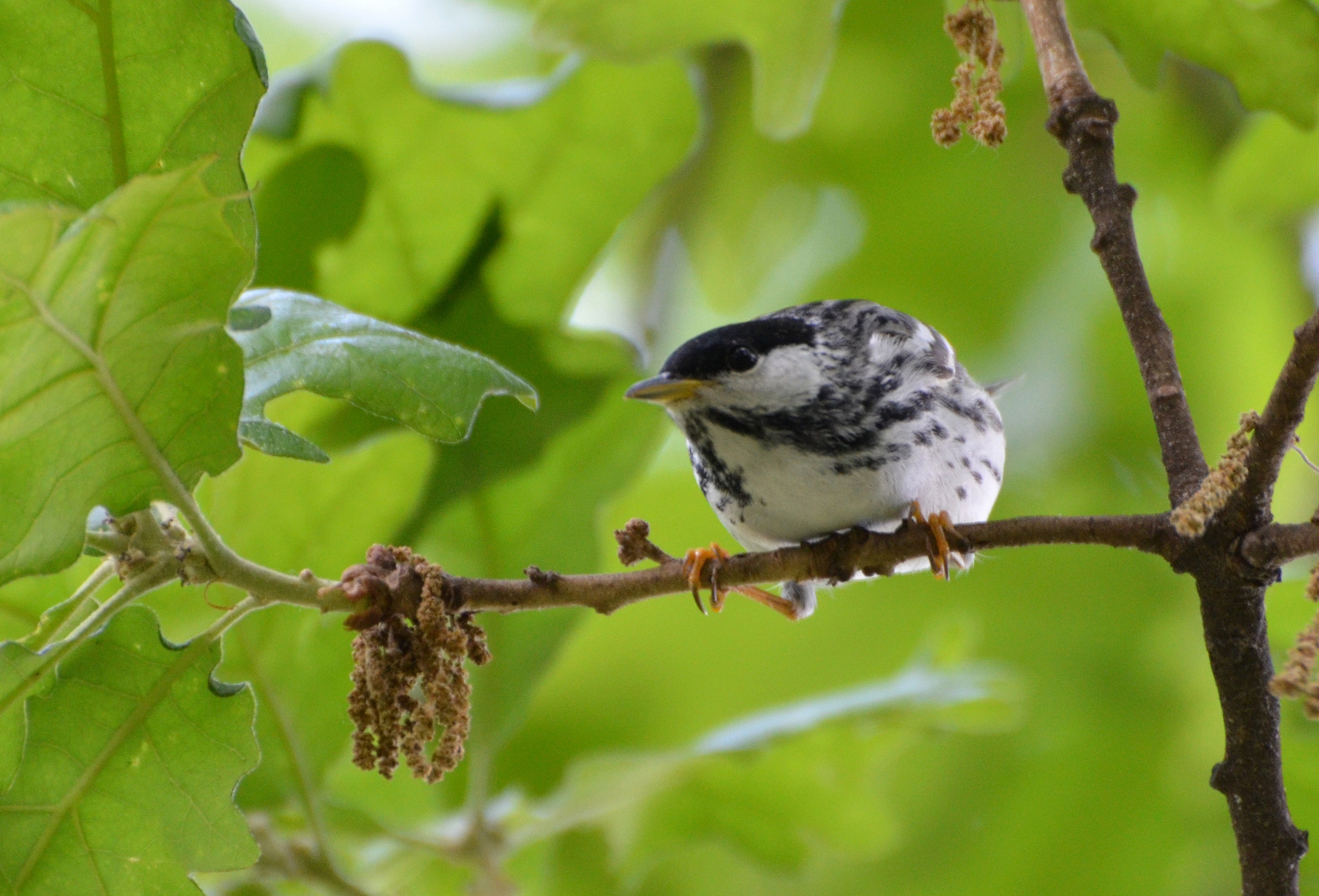 It’s this feeling of awe, of the eruption of joy and wonder within, that McCarthy argues should be the force that makes us protect the world and nurture it. He notes that notions of sustainable development and ecosystem services—the current ruling doctrines when it comes to conservation—have not worked particularly well. They certainly have not inspired the love necessary to defend the planet. Money, as usual, isn’t everything.

But can joy alone do it? Can we spread the “sudden passionate happiness” of experience in the natural world, that feeling some of us know so well, out beyond its existing silos? McCarthy may or may not convince you on how, exactly, this call to action should take place. But as McCarthy’s journey has been, as it must be, deeply biographical, I can only respond personally. His book has made me realize that I must be and do more. My daily blog about natural history in New York City isn’t nearly enough. I’ve had the opportunity since reading The Moth Snowstorm to expand from the insular world of the screen and leading tours for the like-minded to working with an urban nature afterschool program. Inspiring or enabling a few, or even one, middle or elementary school kids seems the least I can do.

McCarthy urges us to express our “astonishment at the world, that it can contain such a thing” as, say, a caterpillar that turns into a butterfly. Color me astonished, astounded, mind-blown. Here is a bit of alchemy in action, the actual rearrangement of matter. The crawling animal literally dissolves and reconstitutes itself inside its chrysalis into a flying creature that can, in the case of autumnal Monarchs, fly all the way to Mexico. Alchemy obsessed humans for centuries, and yet here it is, right in front of our faces, hanging on a plant or, just as likely around here, on a fence. 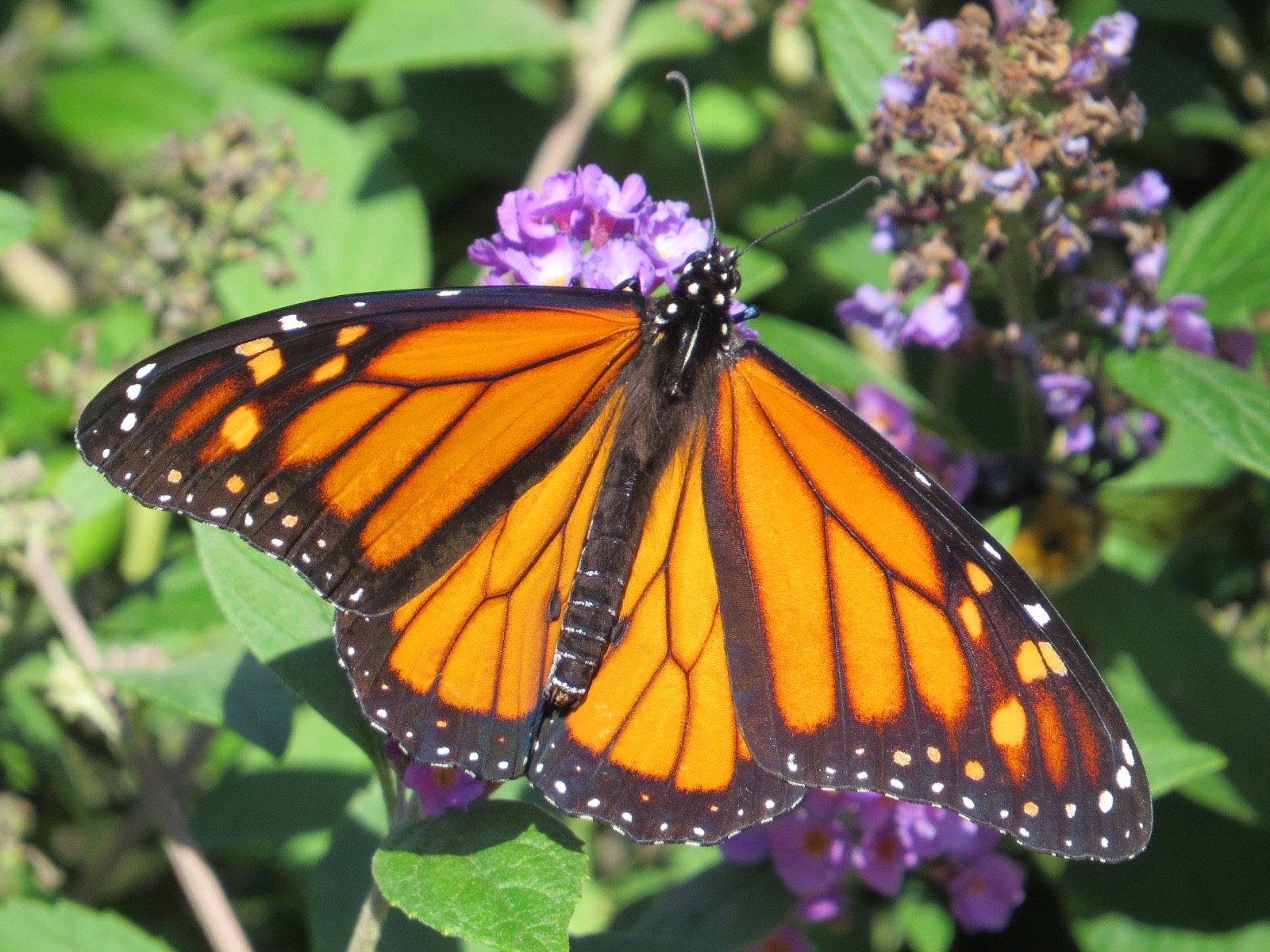 Biophilia must be political, because the profiteers and nihilists of biophobia most decidedly are. If there is to be any hope for the return of the moth snowstorms, it has to begin with a fierce love that shares our astonishment of this wonder-filled world with others. We humans made this mess. We individuals, working together as communities, have to clean it up.

Biodiversity, Extinction, Insects, To Be Human