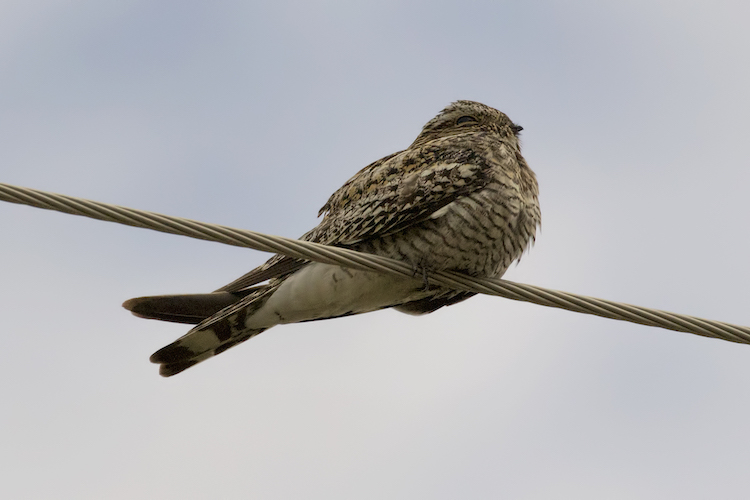 A gorgeous night. Evening heat of late summer pleasantly cut by a light breeze. Sky clear enough to reveal the handful of stars still visible through the orange haze of blazing city lights. I leaned against the balcony railing and started to plan my graceful exit from a college party when I heard a strange noise.

A periodic buzzing emanated from the sky. I fancied myself pretty familiar with the sounds of the city (I’ve lived in one my entire life) but this was new. I found myself looking up in vain, trying to spy the source. Not a malfunctioning electrical object. This sound moved about. Not a cicada. This was far too high up. Certainly not any owl I’d ever heard. A minute or two later, the buzz faded into the distance and stopped.

I exited, dashed across campus, and made a beeline for my dorm room several flights up. I consulted a student’s best friend, Google, and found the answer a lot quicker than I expected. Huh. Common nighthawk. 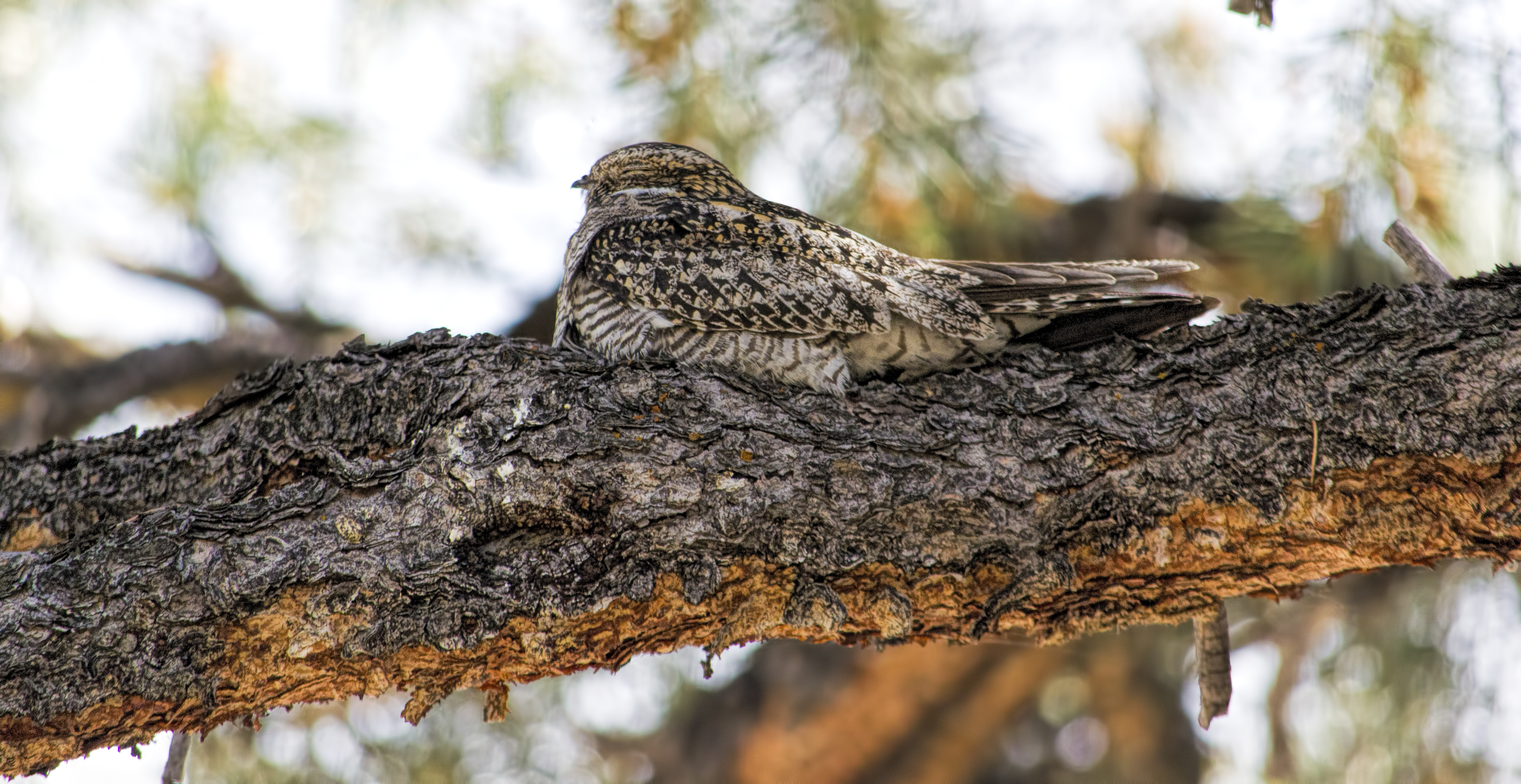 Well, this was embarrassing. I’d been a bird nerd for more than a decade, bird watching since I was 7 years old. Yes, I hadn’t been seriously birding for a few years, but surely some residual knowledge remained, right? Turns out, not really. As I dug deeper and learned more, my curiosity grew into obsession.

Nighthawks might be the most quintessentially urban bird. Hear me out.

When we celebrate stories of wildlife returning to cities, they’re just that: a story of returning. Coyotes are an urban wildlife success story because their former lack of presence in many urban areas east of the Great Plains. They’ve adapted their behaviors and lifestyles, literally evolved, to make it possible for them to return. Wildlife we often consider ubiquitous in cities—peregrine falcons, house sparrows, rats—have been reintroduced or imported to those urban areas by humans. Most other wildlife we find in cities isn’t exactly here for the city infrastructure, but rather the green spaces we preserve or create to make room for these neighbors. Nighthawks, though, took to our cities unprompted and made the best of one of the roughest parts of our human habitat.

As humans increasingly reshape the earth, much attention is given to how much has been paved over, consumed by agriculture, blanketed by turf or had a sprawling development slapped on it. We don’t, however, think much about a surface we’ve raised above the earth: roof tops.

Many different roofing strategies have been tried over the millennia. There’s one in particular that appeals to the nighthawk: gravel roofs, also known as ballast roofing. This type of roofing material became increasingly common as mega-buildings and warehouses became more widespread. Turns out nighthawks blend in extraordinarily well with these gravelscapes, which are a habitat echo of the scrubby grasslands they otherwise call home. With the advantage of camouflage and very few disturbances, they lay their eggs directly on the rocks. There’s evidence to suggest that historically nighthawk numbers may have actually increased in urban areas in response to this new “habitat” of our creation.

Every summer or autumn since my senior year of high school, I’ve tried to go to at least one White Sox game. Baseball games, even when particularly exciting, leave a decent amount of room to allow your eyes and thoughts to wander. On one night, maybe even more so than usual (as the home team got punished by the World Series-bound Cleveland Indians), I found myself leaning back and looking up. The huge floodlights that lit the stadium—as though the sun weren’t on the other side of the planet—were illuminating a different struggle than the one between the players on the field.

Hotdogs were not the only thing on the menu this night. Innumerable quantities of insects were swarming about the mini-suns and right there with them were the nighthawks. Unlike my introductory experience to nighthawk calls at that college party, there was no uncertainty of the true identity of these aerial buzzers. The lights showed them off in all their cryptically-colored glory. The birds, which subsist by swallowing flying insects whole, unsurprisingly had figured out that a ball game equals a buffet. Among the screams and howls of sports fans, fly balls, and lights that blot out the stars, the nighthawks feasted. 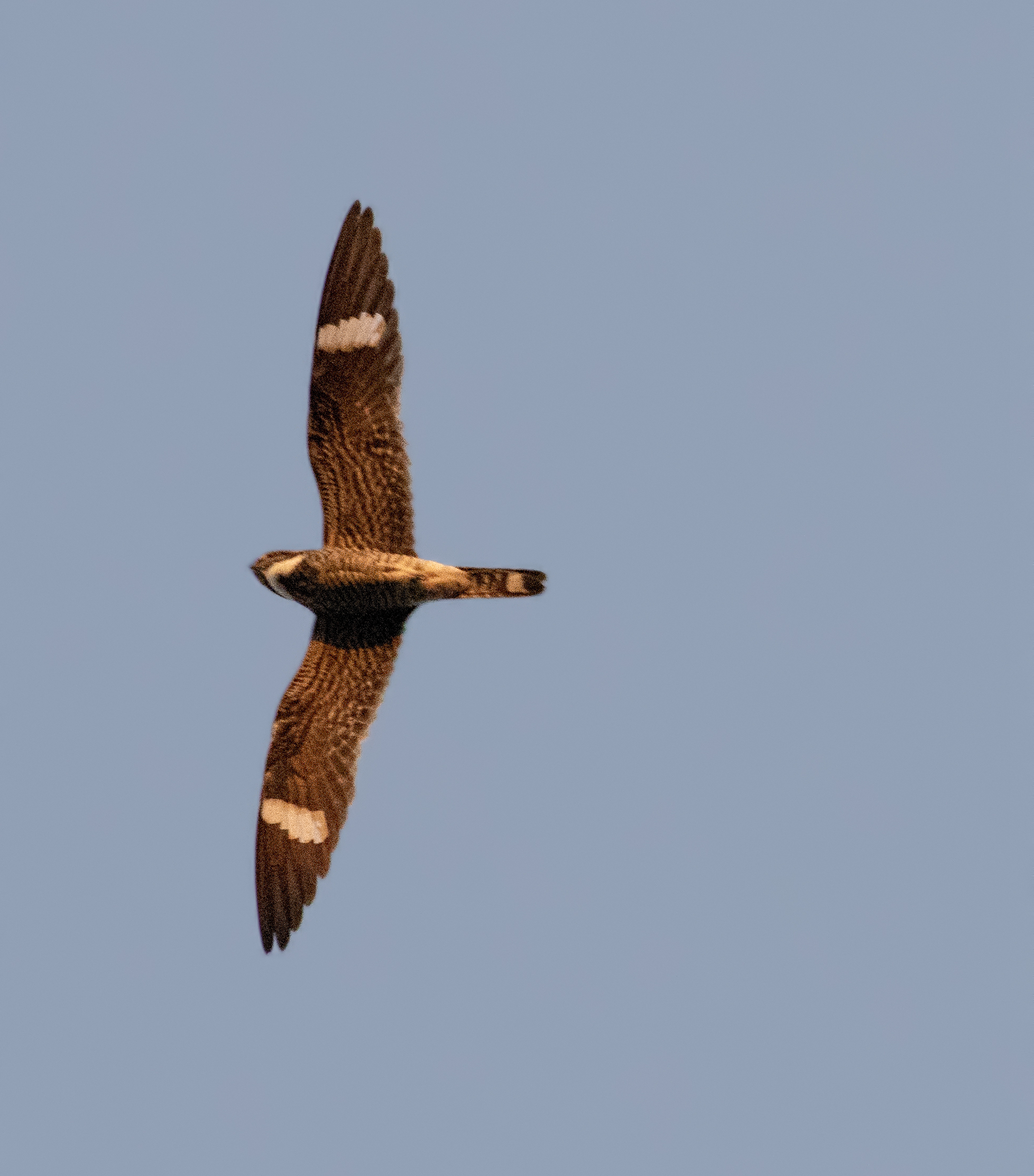 Every summer while I was in college, I listened. Walking across campus, sitting on a friend’s porch, late night study sessions—they all gave me an opportunity to hear this strange new companion that returned to Hyde Park like clockwork during those humid Chicago months. The city had always been my home, but my experience of home changed. Nighthawks became as much a part of a city lifestyle to me as my morning commute.

Nature in its raw grandeur is not always accessible or easy to get to for many city dwellers. I was very fortunate for a host of reasons to be exposed to the wonders of nearby nature when I was in my formative childhood years. Even so, I cast birds aside as worthy of my attention while roiling in the emotional baggage of teen angst. Nighthawks brought me back to bird watching, the thing I’d always been most passionate about and has rooted me personally and professionally ever since.

Unlike most birds of the Chicago area, which require journeys to public parks, recreational natural areas, or preserves on the fringes of development, nighthawks come to us. They married cities and nature before we even knew how to appreciate or talk about those things in the same sentence. Every time I hear the buzz of nighthawks, I am reminded not only of what wildlife is returning to urban areas but the wildlife that didn’t wait for us to notice before doing so. 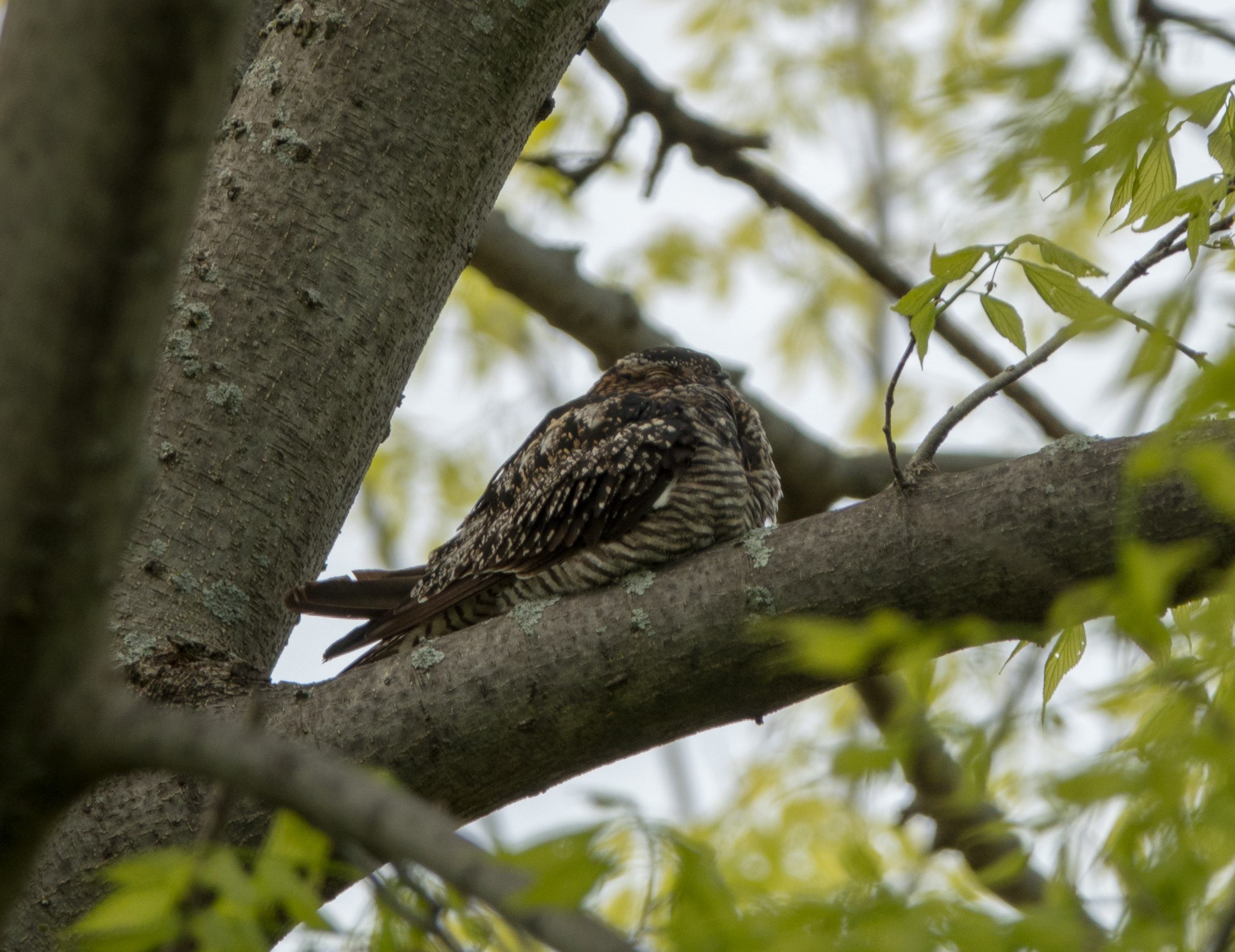 Beer in hand, I’m at the August edition of a monthly gathering of “Birds and Beers,” or as the organizer, tongue in cheek, refers to this gathering: “Beer drinkers with a birding problem.” We usually meet at a different bar or pub every month somewhere around town, but tonight we happen to be on the rooftop of a good birder friend. The theme for the evening is to try and spy flocks of migrating Common Nighthawks making their way south. While we eat, drink, make merry, and wait with anticipation, “Fool for the City,” the 1970s classic by Foghat, is playing nearby. I wonder if nighthawks were part of the band’s urban experience. I can imagine a chart-topping single professing a love of city life with a creature that lays eggs on rocks, eats prey whole, carves out a living from the seemingly lifeless segments of the built human environment, and goes by the name “nighthawk." Sounds pretty rock n’ roll to me. We didn’t see a single one that evening, but it didn’t matter. It’s part of the mystique. I’m a fool for the city bird, the nighthawk.

Edward is a lifelong Chicago resident and urban wildlife enthusiast. He is currently a Conservation Stewardship Facilitator at the John G. Shedd Aquarium and serves on the board of the Chicago Ornithological Society.