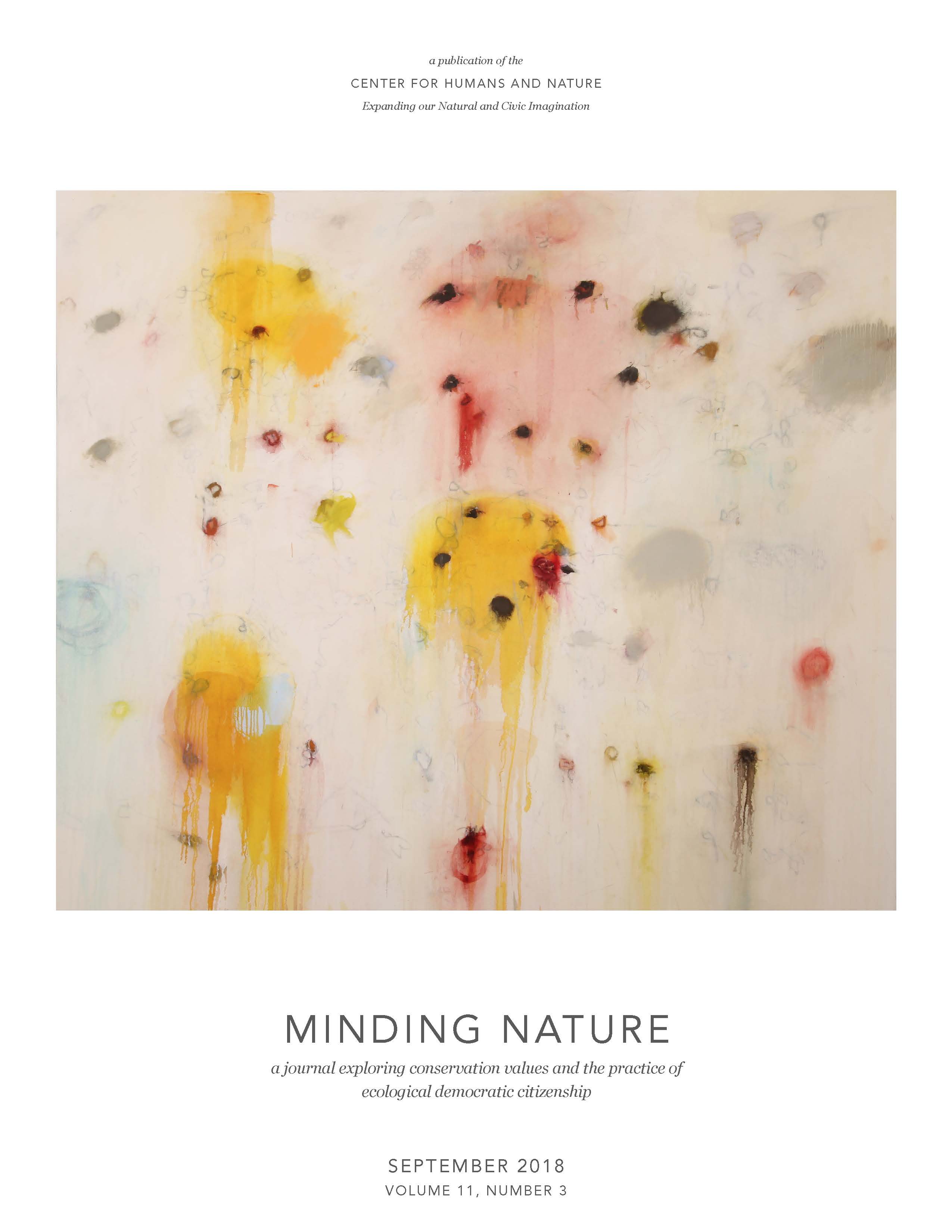 Duty and Promise; Covenant and Gift

As if we needed yet another reminder of the grim planetary changes underway, welcome to the advent of “megafires”—wild fires that burn more than 100,000 acres. Many parts of the world are now in the zones of these dangerous and costly events. Devastation follows them, but the devastation that has preceded these fires is no less disturbing. Climate change has brought prolonged drought and high temperatures: 125 have died this summer in a heatwave in Japan, with the highest temperatures ever recorded in Tokyo; California has been swept by a record eighteen wildfires; fires near Athens caused ninety-one fatalities; a year ago sixty died in wild fires in Portugal.

A regular feature calling attention to important books and articles that CHN staff, board, and collaborating scholars are reading and recommend. Quot libros, quam breve tempus.

I find myself wandering in the farmer’s fields that make their stand on this suburban border, reminders to all that these lands used to be—are—something else, not just platforms for roads and houses, houses and roads, but instead places where things grow, where wild things still roam, bathed in shadow and light.

On my sixtieth birthday, I was in Yellowstone National Park, crouched in the shade of a gnarled Big Sagebrush shrub taller than I was, preparing to free it from an infestation of houndstongue, an invasive weed from Europe. Houndstongue, a relative of the herb comfrey, can be deadly to elk and other grazers: the plant’s large and enticing oval leaves green up early, but are poisonous, chock-full of an alkaloid that causes liver failure.

The Origins of Biological Deception: Ambiguous Information and Human Behavior

In a previous article in Minding Nature, “From ‘Egosystem’ to ‘Ecosystem’,” we discussed the origins of deception in biology from discrete physical conditions that are rooted within thermodynamics and cellular/molecular interactions. There is, however, another aspect of biological systems that must be explored to understand the origins of the pervasive deceptions in biology that are so much a part of our daily human behavior and relationships. This additional contingency is the problematic nature of the information upon which biology depends.

Sandra Dal Poggetto and I spoke over the phone for this interview, me on the urban Chicago end and Sandra from the wilds of Montana on the other. She is a landscape artist with a different understanding of landscape paintings—her landscapes cross temporal and spatial scales, creating an amazing array of pulsing and colorful canvases. The Center has been gifted with a few of her pieces, which you will see throughout this interview.

Welcome to For The Wild podcast. I’m Ayana Young. Today we have the honor of speaking with Chief Caleen Sisk, spiritual leader and tribal chief of the Winnemem Wintu, who practice their traditional culture and ceremonies in their territory along the McCloud River in Northern California. Since assuming leadership responsibilities in 2000, Caleen has focused on maintaining the cultural and religious traditions of the tribe. She advocates for California salmon restoration, healthy, undammed watersheds, and the human right to water.

They caution us with their high-pitched cry as we reach the top of the bluff, agitated, cautioning, a sharp threat sketching across the valley. Then one of them jumps off the cliff and begins circling, mirroring time, then suddenly dives straight down at us, fast and urgent. Miguel and I crouch low behind a boulder, knowing what we do is a dangerous dance on this high rock bluff, the tops of piñon and ponderosa pines far, far, below. Of course, Miguel and I are not there to disturb the nest nor their young, but the pair of peregrine falcons see our presence as such. Miguel and I take cover, behind rocks, below trees.

I'm reading the journals of Gerard Manley Hopkins when the thin metal and glass rectangle in my pocket makes the sound of a bumblebee and shivers against my leg. I respond like Pavlov’s dog—a tiny jolt of anticipation flooding my veins—and pull it out to see that the device is alerting me, with no particular emphasis, to the facts that glyphosate has been found in granola and my sister just left me a voicemail.

Lessons of Cassava: A Reflection on Small-Scale, Sustainable Food for Phoenix, Arizona

Cassava is a rough, unimaginative, tuberous plant cultivated and processed worldwide as a caloric staple food. My first interaction with this comprehensive staple came in the company of a gracious family of farmers and a group of fellow students. We were looking to the indigenous Makushi people and others in their community to teach us more about their lives, their ecological knowledge, and conservation of their land in the Guyana Shield.

In many ways my life so far has been an unusual one. I have, to quite an extreme degree, departed from conventional reality and stepped into a radical relationship with life and the universe. You see, I seek to embody a paradigm shift into a new reality here on Earth. From the glimpses I’ve had of this emerging reality I’d say that it unites a consciousness of the divine with a deep connection to the Earth.