As our education director, Brian Thill, led a group of second graders from a nearby city school into the South Carolina Aquarium, he felt a tug on his sleeve. A small boy looked up at him, pointing to the mouth of Charleston Harbor just beyond.

Whether by circumstance or choice, far too many children are divorced from nature. Fully 80 percent of Americans today live in urban areas, at a remove from rural farm lands and national parks, county lakes and public beaches. It’s a troubling phenomenon that many have written about, including author Richard Louv, who coined the phrase “nature deficit disorder” to describe the impacts of growing up without direct exposure to the natural world.

Today’s accredited zoos and aquariums offer an antidote. They provide a window into the wild, introducing guests to animals that are otherwise out of sight and out of mind. They recreate biomes that are inaccessible to most of us, from frozen tundras to arid deserts to the deep sea.  They stimulate children of all ages to ask questions about their role in the world as stewards of the environment. And they invite moments of empathy for some of the most endangered species on our planet. We know that to care for species, you first have to care about them. In a sense, you have to fall in love. 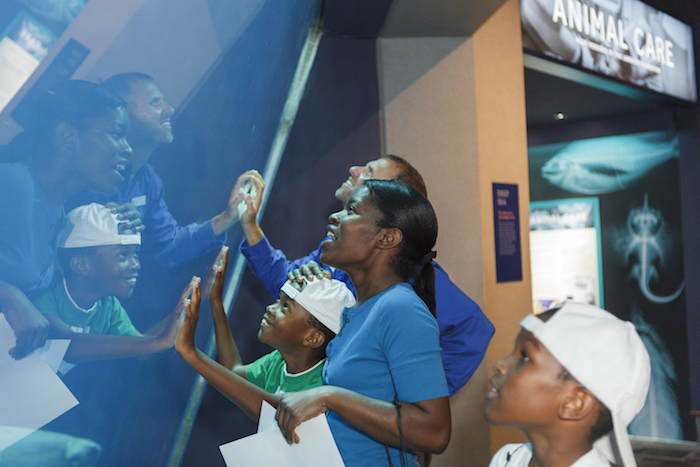 Powerful evidence exists that a visit to a zoo or aquarium can be a transformative experience. A multi-institutional study spearheaded by the Association of Zoos and Aquariums (AZA) and funded by the National Science Foundation revealed that visitors experience a stronger connection to nature after their visit, and they are more inclined to consider themselves responsible for environmental issues. A separate study funded by the World Association of Zoos and Aquariums demonstrates a strong gain in overall comprehension of biodiversity following a zoo or aquarium visit. New studies both in the US and UK even speak to strong human health benefits from visits, including the therapeutic value of a personal connection with sea creatures in touch tanks.

Critics will claim that zoos and aquariums are ineffective, irrelevant, immoral. They dispute our own findings, and challenge us to prove conclusively that our education programs make a difference and that our guests are moved to care about animals. They insist that animals remain in the wild, even when the wild in many respects no longer exists. They assert that online media, nature films, and field trips to the wild represent more valid alternatives to learning about animals. Even among the more than 180 million guests who annually visit zoos and aquariums, you will uncover similar questions and qualms about our role.

In short, you could say that others are now posing the same questions we, in the zoo and aquarium world, ask ourselves every day: Are we providing the highest standard of care to the animals in our collections? Do our education programs have lasting impact? And, at the end of the day, are we saving species?

The best zoos and aquariums can answer yes to each question—but they also aspire to do better. Among the 230 accredited members of AZA, there is a new urgency to muster all of our resources to help prevent an unprecedented rate of extinction. Drawing upon the expertise of our resident biologists, keepers, and aquarists—who have valuable firsthand knowledge of species at risk—and our conservation field biologists and research scientists, we embarked on a massive campaign to prevent the extinction of several targeted species. Last year, AZA announced the launch of Saving Animals From Extinction (SAFE), backed by a combined investment of more than $160 million annually, to focus on saving species in the wild. Just as we have rallied in the past to save the American Bison, the California Condor, and the Mexican Wolf, we now are committed to saving some of the most iconic but endangered species, from the Asian Elephant to Sea Turtles. We have no other choice; time is running out. 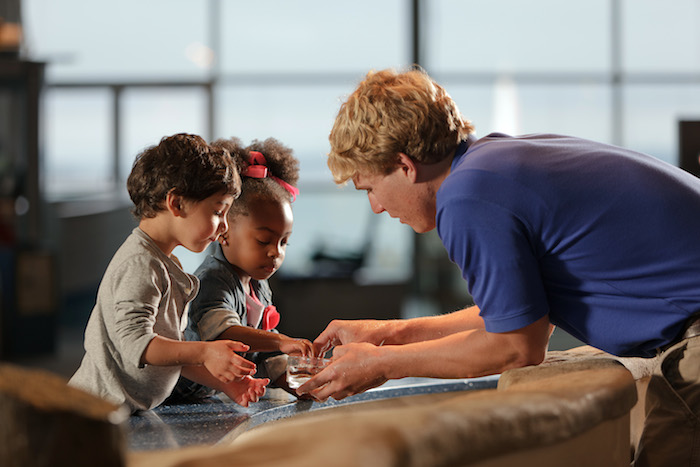 At the same time, here at the South Carolina Aquarium, we are renewing our efforts to recruit the public to our cause. From citizen science programs to community beach sweeps, we are engaging our members and guests like never before to take actions that will reduce harmful human impacts on the environment and help save species. We are convening conservation partners, corporations, and government agencies in conversations about climate change and community resilience. And we are trying to lead by example through our adoption of green infrastructure and energy efficient systems.

We know that the next generation of environmental stewards passes through our doors daily, and we are developing ever more sophisticated programs to inspire and educate them. At the Saint Louis Zoo, local children can enroll in a preschool at the zoo, surrounded by nature. The Monterey Bay Aquarium is building a state-of-the-art Ocean Education and Leadership Center, doubling the number of schoolchildren it serves. Here at the South Carolina Aquarium, with our classrooms already at full capacity for free STEM classes aligned to state and national science standards, we are hitting the road, literally, through our Rovers outreach program to underserved schools around the state, and figuratively, through the development of new nodes of distance learning and augmented reality.

As I write this, I can hear the sounds of another school group making its way into the Aquarium. The excitement is palpable, the voices animated. No doubt some are seeing the harbor and the ocean beyond for the first time, and will soon come face-to-face with their first Loggerhead Sea Turtle or Great Blue Heron. And when that happens, perhaps a few will even begin to fall in love.

Kevin Mills has served as President and CEO of South Carolina Aquarium, an organization committed to ocean and wildlife conservation, for ten years.

To Conserve Is To Care: How an Emphasis on Animal Welfare Is Transforming Zoos and Aquariums

John Racanelli
How can zoos and aquariums foster cultures of care and conservation?