Contrary to what seems the obvious response to concerns over the Earth’s limits  and to the increasing scarceness of resources to cope with a burgeoning population driven by ever-increasing demands, a more powerful way of thinking about our situation requires a re-introduction of the belief that the world is fundamentally abundant.

Modern economics is predicated on an assumption of scarcity—there is not enough to go around, and therefore, we must compete with each other: adjudicate our competing desires through a market, and so forth. I argue that this is a self-fulfilling prophecy, intimately connected to elemental assumptions concerning freedom, breaking limits, and the drive towards more—the engines of modernity.

If one examines the ancient and indigenous traditions of the world, the contrary assumption is that the world is fundamentally abundant—let us call this an ontology of primary abundance. We did not create the world, we do not keep it running, we do not provide the air, sun, water, fire, animals, plants, and the rest of the things around us—including us. These are given to us. The ensuing “gift relationship,” however complicated it might become in these traditions, is often grounded in some kind of homage to this foundational gift of things. When scarcities arise, they arise because the gods are angry, usually because some human beings have sinned or made mistakes in the divine rituals. There are endless examples of this, perhaps the best known being the hunting rituals among, for example, the Mistassini Cree of the James Bay region—but replicated all over the world—where the animals are the orchestrators of the hunt, requiring obedience to strict rules about how they are to be hunted and killed. If this obedience is ignored or transgressed, the animals withdraw their original abundance.

In alternative economic traditions around the world, one finds similar sentiments. In Islamic economics, usury—the charging of interest—is considered to be a mockery of Allah’s abundance. Similarly, in the spiritual economics of St. Francis of Assisi (based on the belief that God provides: “Take no thought for the morrow”), one throws oneself on the abundance of the Lord, and He will provide. Curiously enough, it worked spectacularly well for Francis.

In this view, saving money, owning property, buying insurance, and so forth, are signs of insecurity—a fear that the abundance of things will dry up. And because of that, it does. If you refuse to trust, no one will trust in you. What you grab for eludes you.

Research on gift economies sheds light on this. Early work on gift economies asserted that giving and receiving gifts were primitive forms of a market economy. It turns out instead that while this is true of reciprocal gift giving (one-to-one, face-to-face), it is not true of non-reciprocal gift giving (giving without any desire for return). The crucial issue is one of trust and control; that is, as mentioned already, dealing with fears over scarcity. Reciprocal gift giving (A to B, B back to A) depends on some kind of control over the outcome (A can find B and demand a return gift). Non-reciprocal gift giving is different: it is based on the assumption that if one gives, one will someday, somehow, get a return through what we could call the overall cycle of things. Non-reciprocal gift giving (A to B to C to ?) means that A has no control over what C does: A must trust instead in the long arc of the cycle, in overall abundance. This vision of the deeper gift process has been outlined by Marshall Sahlins and Lewis Hyde in various articles and books. We can call all versions of this an ontology of primary abundance and secondary scarcity. 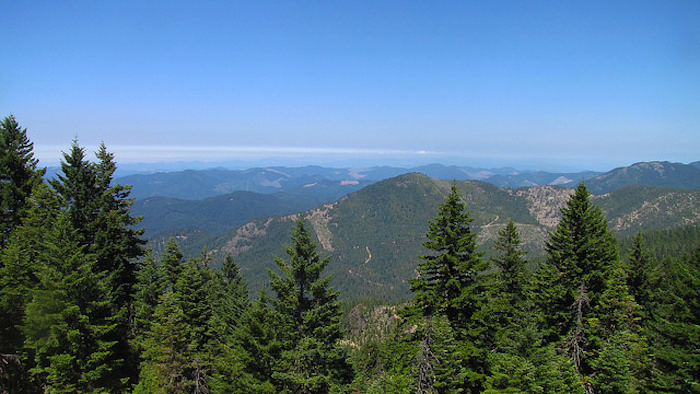 During its early modern period, the West transitioned to another ontology. Society shifted towards primary scarcity and secondary abundance in ways connected to the rise of modern capitalism and the “manufacturing of desire.”  It is ironic that with the arrival of the Industrial Revolution and the first taste of a moderate amount of actual wealth spreading through the general population, the system began to generate a dynamic of false scarcities associated with the emerging spending power of the new middle classes—including the deliberate creation of fashion and the arrival of untethered commodity fetishism. Early economistic theoreticians (beginning with Mandeville, Hume, and Smith) began to articulate an argument that scarcity was the primary condition of humanity—that needs and desires were potentially infinite. It isn’t Nature’s abundance that matters: it is humanity’s scarcities. We enter into our now-familiar modern ontology of primary scarcity and secondary abundance.

The historic shift in ontologies was masked by two temporary abundances that served only to exacerbate this shift. The first was the discovery of the New World. It is well known that the vast abundant landscapes of the New World (and elsewhere) came as a godsend to cramped Europe. It set in motion the famous wastefulness of the American dream. The second temporary abundance was, as already mentioned, the artificial cornucopia of the Industrial Revolution that complemented the arrival of the theory of primary scarcity.

The first temporary abundance was ecstatically embraced by an insatiable—and seemingly inexhaustable—wave of peoples escaping from an artificially imposed scarcity based on overpopulation and ancient forms of property ownership. What began as a revelation of the state of original primary abundance—the green breast of the New World, to cite The Great Gatsby—turned quickly into desperation to get one’s share before the frontier closed down permanently.

Our contemporary situation is one in which Nature is seen as niggardly and recalcitrant, where its resources must be ransacked and “developed.” Nature cannot supply us on its own. We are in a world of primary scarcity and secondary abundance. We are driven to create secondary abundance to fill up the hole where the original abundance once was.

The problem is that this artificial abundance can only mask the loss of the original natural abundance. There is a berserk desperation in “development” that grips us. Each new product holds out the hope that it will assuage our loss, but it merely reminds us of something beckoning to us, just out of reach. And as our secondary abundance builds on an ontology of primary scarcity, ironically we find ourselves creating actual scarcities that are destroying the planet.

One of the complements to a world of scarcity is the notion of limits. These limits seemingly constrain and bind us—a challenge that we must overcome in order to assert our freedom. It is as if ordinary life is some kind of prison to be broken out of. Scarcity itself creates the limits that it demands we transgress with our newfound powers of artificially generated abundance. Thus (to give only one delusional example), we require economic growth in order to repair the damage economic growth causes.

However, a world of abundance knows nothing of limits. Though sometimes times are hard, abundance does not see us living in a prison. It recognizes that there are conditions for living that are like the air we breathe—in fact, they include the air and the rest of the natural world that enables us to be human at all. These are not limits to be overcome, but living rules to be acknowledged and respected as the source of all the original gifts we have (and that we ourselves are), emerging out of the primary abundance of things.

A re-recognition of this idea would help us begin to put scarcity back into its proper place again and to act as part of the necessary reconstitution of the foundational elements of economics.

Peter Timmerman is an Associate Professor in the Faculty of Environmental Studies, York University Toronto. His main areas of research currently include environmental philosophy and ethics, with special reference to topics such as nuclear waste management, climate change, and ecological economics.

Richard B. Norgaard
What does it mean to be human?