When I was in school in England, the dean of my college told us when we first arrived that we could walk on the grass in the courtyard but not across it. That helped me love the English and their language. Here is another good use of prepositions: there are limits of growth, and there are limits to growth.[1]

Regarding the limits of growth, if economists were true to their trade, they would recognize that there are both diminishing returns and increasing costs to growth. It follows that for the economy as a whole, we can reach a point where the extra costs of more growth exceed the extra benefits. One should stop growing at that point. Otherwise the country enters the realm of “uneconomic growth,” to use Herman Daly’s delightful phrase, where the costs of growth exceed the benefits it produces.[2]

The case that there are limits to growth—crudely, not that we shouldn’t grow but that we cannot grow—is based on the perception that we are entering a new age of environmental scarcity and rising prices that will constrain growth. The world economy, having doubled in size three times since 1950, is phenomenally large in comparison with the planetary base that is the setting for all economic activity. The economy is now consuming the planet’s available resources on a scale that rivals their supply while releasing its waste products back into the environment on a scale that greatly affects the major biogeophysical cycles of the planet. 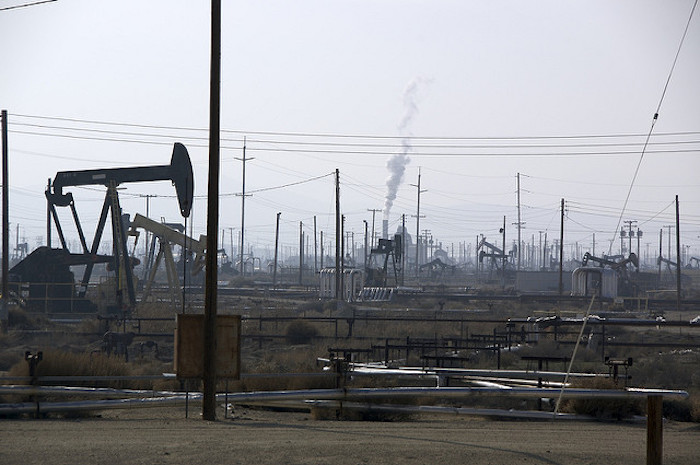 Given the limits to and of growth, it’s time for America to begin the transition to a post-growth society. Here’s the good news. We already know the types of policies needed toward a sustaining, post-growth economy. It is possible to identify a long list of public policies that would slow GDP growth, thus sparing the environment, while simultaneously improving social and individual well-being. Such policies include shorter workweeks and longer vacations; greater labor protections, including a “living” minimum wage, protection of labor’s right to organize, and generous parental leaves; guarantees to part-time workers; a new design for the twenty-first-century corporation, one that embraces rechartering, new ownership patterns, and stakeholder primacy rather than shareholder primacy; restrictions on advertising; incentives for local and locally owned production and consumption; strong social and environmental provisions in trade agreements; rigorous environmental, health, and consumer protection (including fees or caps on polluting emissions and virgin materials extractions, leading in turn to full incorporation of environmental costs in prices); greater economic equality with genuinely progressive taxation of the rich (including a progressive consumption tax) and greater income support for the poor; increased spending on neglected public services; and initiatives to address population growth at home and abroad.

In this mix of policies, Juliet Schor and others have stressed the importance of work time reduction.[3] For example, if productivity gains result in higher hourly wages (a big if in recent decades) and work time is reduced correspondingly, personal incomes and overall economic growth can stabilize while quality of life increases.

Of course, even in a post-growth America, many things do indeed need to grow. We need to grow the number of good jobs and the incomes of poor and working Americans. We need growth in investment in public infrastructure and in environmental protection; growth in the deployment of climate-friendly and other green technologies; growth in the restoration of both ecosystems and local communities; growth in research and development; and growth in international assistance for sustainable, people-centered development for the world’s poor. These are among the many areas where public policy needs to ensure that growth occurs.

Jobs and meaningful work top that list because unemployment is so devastating. America should be striving to add five hundred thousand new jobs a month, but likely future rates of overall economic growth won’t get us near this goal. The availability of jobs, the well-being of people, and the health of communities should not be forced to await the day when GDP growth might somehow deliver them. It is time to shed the view that government provides mainly safety nets and occasional Keynesian stimuli. We must insist that government have an affirmative responsibility to ensure that those seeking decent-paying jobs find them. The surest, and also most cost-effective, way to that end is direct government spending, investments, and incentives targeted at creating jobs in areas where there is high social benefit. Creating new jobs in areas of democratically determined priority is certainly better than trying to create jobs by pump priming aggregate economic growth, especially in an era where the macho thing to do in much of business is to shed jobs, not create them. Another path to job creation is reversing the U.S. gung-ho stand on free-trade globalization.

Such policies are an excellent place to begin, but achieving a successful and sustaining post-growth economy will require other interventions.

A leading ecological economist, Tim Jackson, points to difficult changes that will be needed in a steady-state economy. Lower productivity growth of labor and capital as well as generally lower returns on investment can be expected. “Ultimately,” he notes, “ this will also mean raising tough questions about the ownership of assets, and the control over the surpluses from those assets.”[4]

One answer to these “tough questions” is economic democracy—what Gar Alperovitz calls the “democratization of wealth.”[5] Here the need is for far greater worker, consumer, and community ownership, as well as more democratic control of investment resources to channel resources to areas of high social and environmental return, even if not justified by financial return.

State and national ownership funds can be established for the benefit of citizens and the environment. These public trusts would operate on fiduciary principles: government-created trustees would hold and conserve the valuable assets of the commons—the things that belong or should belong to all of us, such as natural resources, the atmosphere, and the airwaves—for the benefit of current and future generations. Income could be generated, for example, through the proceeds of natural resource sales or from the auction of carbon dioxide emission rights.[6] Peter Barnes, a leading advocate of these approaches, sees major political gains in them: insulating national assets from politics and predation and building public support for difficult measures like emission fees by returning much of the revenue to all citizens.

[6] These ideas have been creatively developed by Peter Barnes in Capitalism 3.0: A Guide to Reclaiming the Commons (San Francisco: Berrett-Koehler, 2006).

James Gustave Speth (Director Emeritus, Center for Humans and Nature) is a Distinguished Senior Fellow at Demos and Professor of Law at the Vermont Law School. In 2009, he completed his decade-long tenure as Dean at the Yale School of Forestry and Environmental Studies. From 1993 to 1999, Professor Speth was Administrator of the United Nations Development Programme and chair of the UN Development Group.

Juliet Schor
How can we create a successful economy without continuous economic growth?

Some Requirements of a Steady-State Economy