Surrounded by the Gulf of Alaska, the sea’s contents have fed and clothed my Alutiiq community both literally and figuratively for millennia. Ripples from my ancestors’ worldview course through my mind when I think of the Alutiiq word for “sea” or “ocean”—imaq. It is the same word for “a liquid contained inside” and “contents.” I first felt a deeper awareness of the Alutiiq worldview through this root word, which resurfaces in many remarkable ways. The root word appears in the phrases Imartuq—“It is full”—and Imaituq—“It is empty”; and again in Imasuugtua—“I feel depressed or sad” or “down-hearted” or “having a sinking feel of foreboding.” Literally, the word for “I am sad” translates in English as “I am searching for my contents.” The metaphorical wisdom of my ancestors regularly surprises and inspires me.

Growing up on Kodiak Island in Alaska I only learned about our Sugpiaq Alutiiq ancestors through a few family stories and the archaeological remains visible as my family hiked the land. For over two hundred years of colonization—first by the Russians (1794–1867) and then under American rule (1867–present)—most of our people have been in a cultural amnesia as our Alutiiq language and traditions were suppressed for generations.

Despite the corporal punishment and prejudice of American English-only policies in schools, we still have some first language Elder speakers living today. They survived personal tragedy, addiction, abuse, and the heavy effects of historical trauma. None of this history or the Alutiiq worldview was taught in our schools or acknowledged by our diverse local community until after I reached adulthood.

When I think of the connection between our Alutiiq people and our homeland, I am reminded of something my cousin and fellow Alutiiq language advocate Olga Rowland told me before I knew more than a handful of Alutiiq words. She said we have to save our language because our true Alutiiq worldview, and the key to our community’s wellbeing, is held within it; the sound of the ocean crashing on our shores echoes through it. Now that I have learned to speak Alutiiq with our Elders, I find it undeniable that our Indigenous language is a whisper of our place on Earth; and it has healing powers. 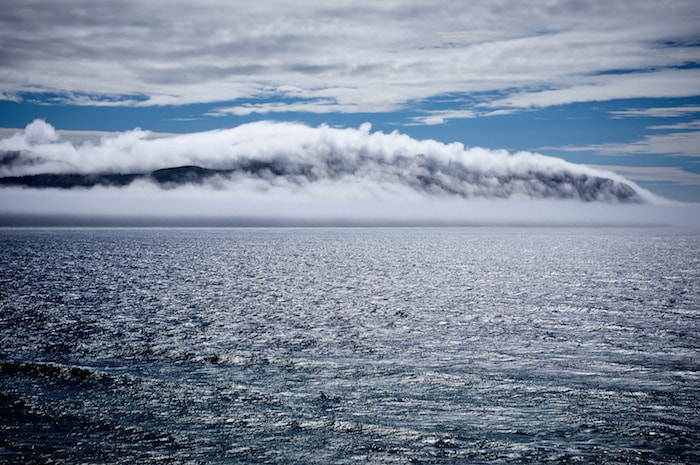 A film was made telling some of the story of our efforts to learn and uplift the Alutiiq language and worldview. The film, called Keep Talking, shares the lives of several young women and how their participation within an Indigenous language revitalization community has contributed to self-healing and greater community wellness.

Recently, at a panel discussion following the premiere of Keep Talking, a statement from one Alutiiq Elder shocked me. To several hundred people she said, “I don’t know how you people who haven’t learned our language do not learn it, because without it you are not a whole person.” At first I feared her statement would drive people away from our teaching efforts because it was such a strong, personal thing to say. But then, I could hear from the audience’s response that they respected what she said. She spoke a hard truth but a truth nonetheless.

The story of the Alutiiq language community’s work on Kodiak is one of resilience and healing through Indigenous language and community-building efforts. It is about how our very wellbeing is interdependent with nature and each other. 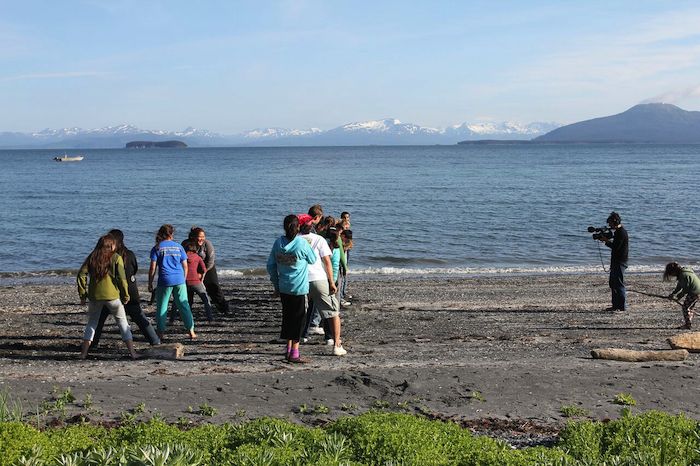 Looking back on how far our collective journey has brought us over the past two decades on Kodiak, I am so thankful to have been a part of this community revitalizing our language and the Alutiiq cultural renaissance movement. I think all who participate would like our grandchildren to look back on our lives and realize that we dove through silence, trauma, and oppression with friendship, curiosity, and love to return our Alutiiq worldview to the community—to offer future generations our cultural imaq.

As Mary Peterson, one of our Alutiiq Elders, used to say, “Take care of the Elder you will become.” We all have a moral responsibility to carry forward ancestral wisdom and honor our connections to the Earth, wherever our place may be, for the sake of community and individual wellness.

“Island in the Clouds" by naql courtesy of Flickr (CC BY 2.0)

2 minutes
From Our Curations

A collection of resources from the Center for Humans and Nature.
From Minding Nature

Robin Wall Kimmerer shares the power of the Potawatomi language