New York proposes a $20 billion project of floodwalls, levees, and bulkheads to protect the city from storms. Rotterdam announces its “Rotterdam Climate Proof” plan to make the city “fully” resilient to climate-change impacts by 2025, a plan that includes floating bubble-pavilions. More than a hundred US cities now have climate adaptation plans in place, and who can count the special commissions, committees, agency teams, and experts charged with figuring out how their own homes and industries will weather the storms? Rex Tillerson, CEO of ExxonMobil, reassures a world alarmed by warnings of global warming: “As a species…we have spent our entire existence adapting, so we will adapt to this.”

I am not reassured. I want to call attention to the danger that the same moral failings that characterize climate change itself are being replicated and amplified in many of the plans to adapt to it—as if storm and extinction had taught us nothing about justice or reverence for life. In the end, I will suggest that we can armor shorelines, modify the genetics of trout, build giant dams, and in countless ways change the Earth, but effective and honorable adaptation will begin to take place only when we change ourselves.

As global warming forces a fundamental re-imagining of how we live on Earth, we have the chance to choose adaptive strategies that create justice and honor life, and refuse those that protect and perpetuate injustice and destruction. To that end, I offer five essentially moral questions that I believe we should ask of every plan for adaptation to climate change:

1. Does the adaptation effort take urgency or resources away from the immediate, overriding moral necessity of stopping the fossil fuel-based destabilization of the climate? If so, it doesn’t pencil out on any utilitarian calculus. “An ounce of prevention is worth a pound of cure” is especially true when what’s being prevented is irretrievable damage to the natural systems that support life. If your house is on fire, do you appoint a commission to figure out how you can live in the burnt-out shell of a house? You do not.  You put out the fire, because there are living beings in that house, and none of them can live without the shelter the house provides.

The danger is that “adaptation” can become a form of acceptance of the harms of global warming, making preventive action irrelevant. Or it can be a smoke screen that hides or minimizes the real consequences of global warming and so delays action, which allows people to continue to live as they always have and the fossil fuel industry to continue to profit as they always do, while the world misses its last chance to stop runaway climate change. If adaptation delays or derails action to stop fossil fuel pollution, it will not, by any accounting, create the greatest good for the greatest number.

2. Does the adaptation plan impose unjustified costs on future generations? Dikes, floodwalls, floating convention centers—the infrastructure of adaptation will have enormous carbon costs. Unless we’re careful, adaptation will foist onto future generations, not only the costs of our profligate use of fossil fuels, but the additional costs of our hapless efforts to adapt to the global warming that results. This is not a paradox; this is an intergenerational injustice. Our overriding obligation is to stop making climate change worse, and then we can know that we did our best to leave the next generations a world from which they might salvage something nourishing and beautiful.

3. Does the adaptation effort privilege the wealthy and powerful, at unjustified cost to the poor and dispossessed?  When Rex Tillerson says, “we will adapt,” is he referring to Somali children on failing farms? Northern people on melting ice? Or is he thinking of himself and the society he lives in? Some of the most ambitious plans for adaptation are designed to allow industries and cities to continue business-as-usual, on the probably illusory faith that they can shield themselves from the most serious consequences of their own excess. Worse, some adaptation projects are enriching the very corporations that are causing the climate emergency. The illusion of adaptation empowers the privileged to continue to take what they want from the world and send the bill to the poorest of the poor, present and future. It’s bad enough that climate change is damaging the material basis of the cultures of people in Africa, the Indian subcontinent, low-lying Asia, the Arctic. But what truly moral society responds to the suffering it has caused other cultures by investing billions of dollars to make sure the same thing doesn’t happen to theirs?

4. Does the adaptation effort protect and honor species other than human? What shall we say when adaptation projects protect humans and human industry, but actively damage or fail to protect the abundance and variety of other lives? Plants and animals are challenged to adapt not only to climate change itself, but now to the bulwarks and dams and diversions humans are erecting to protect themselves. Some species will adapt, it’s true. But for all but (arguably) one species, adaptation is not about technology or business acumen. Species adapt when individuals live or die, and adaptation happens faster when more of them die. Adaptation is driven by starving nestlings and kits drowned in the den and the seared roots of seedlings. It is hard to morally justify adaptation plans that impose additional costs on the creatures of the planet, who did not bring this calamity on themselves.

5. What does Earth ask of us? Many adaptation plans draw up blueprints to change the Earth and the built environment, so that humans do not have to change. These are the adaptations that harden present human patterns and ideas, encasing them in concrete at four hundred pounds of CO2 emissions for every cubic yard poured, reinforcing with rebar long-standing patterns of excess and exploitation and maybe even idiocy. These plans ask Earth to change, but ask nothing of humanity.

If, on the contrary, Earth asked humans to change so that the planet’s swirling patterns and unfurling lives could endure, what would it ask of us? The answers to this question will invite a much-needed new ethic of adaptation. 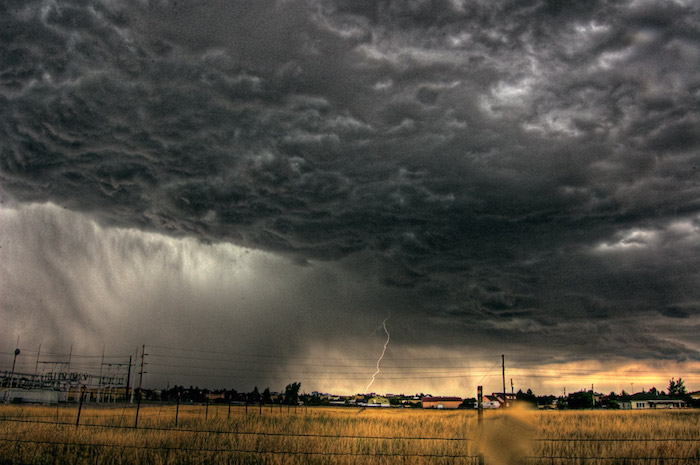 Perhaps it’s a new humility, understanding that the human species, no matter how clever its engineers, is subject to the same ecological constraints as the least of the lemmings. Perhaps a new self-restraint, a willingness to limit our numbers, limit our takings, understanding that the “resources” and resiliency of the Earth are finite. A new creativity, an openness to radically re-imagine who we are on Earth and how we ought to live, understanding that the old arrogant answers have led to mistakes of cosmic consequence. A new invigoration of justice—or maybe it’s reverence and maybe it’s love—that honors the life-force in all beings. And new-found moral courage, to refuse to be made into foot soldiers in aggressive wars against the Earth, but rather to live in ways that nourish a world that is whole and beautiful and sustaining.

What does Earth ask of us? - Kathleen Dean Moore

What does Earth ask of us? Featuring Kathleen Dean Moore

Kathleen Dean Moore is an environmental philosopher and writer whose recent work focuses on the moral urgency of climate action. Her co-edited book, Moral Ground: Ethical Action for a Planet in Peril, gathers testimony from the world’s moral leaders about our obligations to future generations. Other books celebrate cultural and spiritual connections to wet, wild places.

Robin Kimmerer
From the Geography of Hope

Mapping a New Geography of Hope

A 22 minute video.
Conversations around the Green Fire