Human beings have always been creatures who create in various ways, but at last we stand poised on the threshold of new power to genetically enhance individual human beings and to intervene in the evolutionary shaping of nonhuman species. We can now understand and engineer the structure and function of genomic and cellular activity, and we can bring into existence organisms that have never before been produced by evolution and natural selection.  Henceforth, anthropogenic life will share the earth with natural life. The era of human biopower has arrived and has placed unprecedented willful control of the conditions of life in human hands.

Human biopower permeates the material and the living world on a planetary scale and at the molecular level. The planetary effects of biopower—such as biodiversity loss and climate change—have been largely the byproducts of collective economic activity (agriculture, mining, manufacturing, petrochemicals) within which many kinds of technologies, including genetics, play an important role. But the planetary effects of synthetic biology and the new biotechnology are beginning to be felt throughout the economy and will increase over time in what is referred to as the global “bioeconomy.”[1]

Biopower proffers dreams-come-true for some, perhaps nightmares for others. Either way, it raises fundamental ethical, political, and economic questions that cannot be ignored. These questions tax the limits of our understanding of responsible innovation and governance. How they are answered will show whether we have the capacity to use biopower for just ends and to control its use effectively. The jury is still out, and the social cost-benefit balance sheet of past uses of genetic engineering—especially in agriculture—is in the red, in my judgment. Biotechnology is inherently shaped by political and economic forces. Unfortunately, it is not also inherently shaped by ethical constraints, or what we might call “moral brakes.” But it should be, and it can be if our governance is informed by prudence, humility, and an abiding interest in the common good of all life. So far the economics and politics of biotechnology have been markedly deficient in these virtues.

In 2010 a powerful and precise new technique of altering the DNA sequence using a protein called CRISPR-Cas9 was developed making altering genes much easier and less expensive to accomplish than ever before. We have gone from “recombinant-DNA engineering” to “genomic editing.” CRISPR-Cas9 is going viral, one might say, in research laboratories around the world. It will open new doors to many practical applications on plants and nonhuman animals, and in human medicine as well. Editing somatic cells in this way will alter the genetic functioning of an individual organism; editing a germ line cell (an egg or sperm cell) will alter successive generations of offspring who inherit the anthropogenic trait. Somatic gene editing in human beings cannot yet be done safely and ethically, but, in combination with medically assisted reproduction, it offers promise for preventing some terrible diseases and genetically enhancing individuals.[2]

Moreover, a second new development known as “gene drives” is on the horizon. By encoding the CRISPR mechanism and a particular DNA sequence in the reproductive cells of an organism, we could greatly increase the probability that certain traits will in fact be replicated by offspring and continue to be propagated in subsequent generations. Passing a given trait along is normally an even bet. Gene drives greatly increase the natural odds and rig the Roulette wheel of evolution. This technology may be able to drive particular genetic characteristics through the genotypes and phenotypes of an entire species within a few generations, which is a very short time for some species, such as insects. It can also be a platform for deliberate extirpation of an entire species by altering its sexual balance (e.g. by ensuring that male offspring are sterile), resulting eventually in severe population decline. Gene editing, although not yet involving gene drives, is being used today to similar effect with Ades aegypti mosquitoes that carry Zika and other pathogenic viruses. 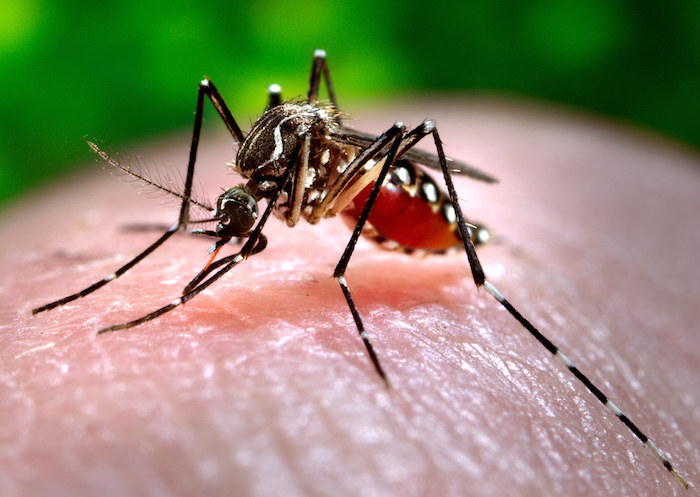 Gene editing to avoid a defect in a given individual may be acceptable if doing so is safe and effective, but editing to change the genetic make-up of a person’s progeny (germ line engineering) in human beings has been strictly off limits. Indeed, it is one of the clearest examples of a principled ethical brake pedal in the domain of biotechnology. The use of gene drives to reshape the traits and evolution of human populations is not in the cards. On the other hand, gene editing in nonhuman beings is well underway today, and potentially, gene drives will also be used to alter the evolutionary traits of plants and animals in the future. Indeed, the nonhuman environmental uses are being promoted and welcomed around the world with open arms. One scientist was quoted by the New York Times as saying, “We are going to see a stream of edited animals coming through because it’s so easy.”[3]

Because it is so easy? Being driven by what’s easy is driving without moral brakes.

Gene editing and gene drives clearly raise important questions about moral imagination and responsibility—about precautionary government regulation of scientific research and about commercial technological applications that present great uncertainty and pose potentially severe, irreversible risks to health and to the environment. These are not unimportant questions. However, I suggest that underlying precautionary governance and responsible innovation is a yet more fundamental question: With nonhuman beings, can we ever resist the so-called “technological imperative” by saying no to a technique for engineering life that actually works? And can we ever resist the anthropocentric imperative by saying no to engineering life that actually serves human interests or desires but carries with it deleterious effects for nonhuman species and for ecosystems? In other words, do we still have ecological moral brakes, and are we still capable of stepping on them in the age of biopower?

How do we know when to step on the moral brakes? Here is one rule of thumb: Do so whenever we are tempted by the technological imperative and the anthropocentric imperative to deny moral considerability to nonhuman beings and to see our species as apart from and above the “rest” of nature. We should speed up or slow down depending on the effect that technological innovations have on the health and integrity of webs of life and on the species-being of individual forms of life within that web. Integrity here has to do with the sustainability, resilience, and capacity for self-renewal of systems that have been shaped by a long process of evolutionary adaptation. This rule of thumb illustrates what can be called an ecological conscience. This conscience, these moral brakes, is not starry-eyed at all, but can be put into practice. I regard it as in keeping with a broad-based consensus in the conservation community today, which is reflected, albeit not perfectly, in the “Aichi Biodiversity Targets” adopted in 2010 by the Convention on Biodiversity.[4]

In order to think with an ecological conscience and to drive genes with moral brakes, we need to think seriously about the ethical significance the natural evolutionary process may have in and of itself. We also must consider the value that emerging from it confers on all species, particularly those pestiferous ones that only moral brakes and conscience will make humans tolerate and accommodate.

Beyond natural consequences, there are also cultural consequences to consider. An ecological conscience will ask whether a given technology enables or impedes our ability to see ourselves as engaged in interdependent, ecosystemic transactions with the biophysical world, where we are responsible citizens or members, not lords and masters. It is a mistake to leave the possible impact of a given technology on cultural meaning and moral learning out of the conversation. If science defines what authentic knowledge is, technology defines what legitimate human agency entails. Together they claim to provide humankind with value-neutral means, but in fact they valorize particular ends of knowing and acting, while marginalizing others.[5]

Although quite prepared to apply the moral brakes to the new biotechnology of gene drives and to the biopower genomic editing confers, an ecological conscience, as I understand it, will not necessarily tell us to come to a complete stop in all contexts. Sometimes it is ethically enough to slow down and look both ways. Neither the technological imperative nor the anthropocentric imperative adequately justifies these technologies. However, appeal to the health and integrity of the web of life, now threatened on the planetary scale, may provide strong ethical arguments in favor of putting molecular genome technologies to work in the service of conservation. If governed and deployed with prudence and humility—large ifs—gene drives can and should be used to achieve ecosystemic and conservation outcomes that support biodiversity, integrity, and resilient functioning. Our species is running out of time to redeem itself for the destruction it has wrought on the Earth in the last century. Biopower—rightly understood and used—can be a part of that redemption. But two things are for sure: we will be sorely tempted to go too far, too fast; and driving genes safely and justly won’t be so easy.

[5] For an interesting example of this dynamic in medicine see Fadiman, A. (1997). The spirit catches you and you fall down: A Hmong child, her American doctors, and the collision of two cultures. New York: Farrar, Straus, and Giroux.

Bruce Jennings is Senior Fellow at the Center for Humans and Nature where he engages in research, writing, public speaking, and consulting. He is the editor of the Center’s journal, Minding Nature.

Gregory E. Kaebnick
“Gene drive” technology will let us edit life in new ways, but should we use it?

Future Generations and Gene Drives: The Importance of Intergenerational Equity