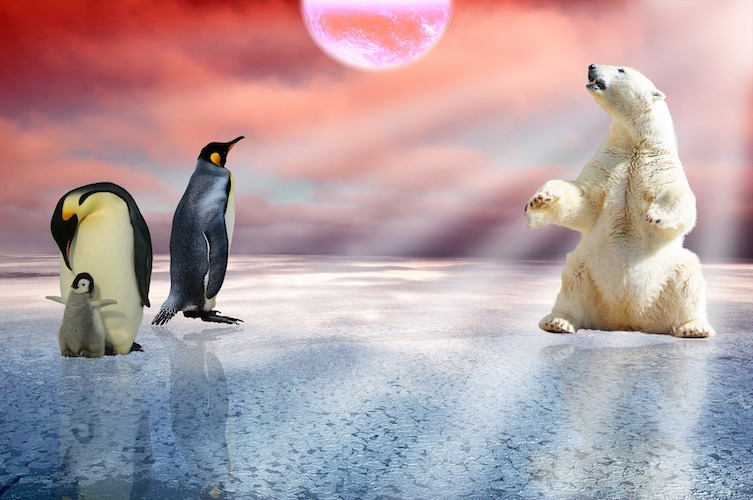 “The implications of digital clones . . .” The man on the television says it and my shoulders go numb. Strangely, when I’m shocked, that’s what happens. My shoulders and arms, down to my elbows, go numb. And they just did.

I don’t care particularly that they could rebirth actor Peter Cushing in the most recent Star Wars movie. I think, like many, I was somewhat surprised when he appeared. “Didn’t that guy . . .? I thought he was dead.” But then I was back to the next scene of the movie. 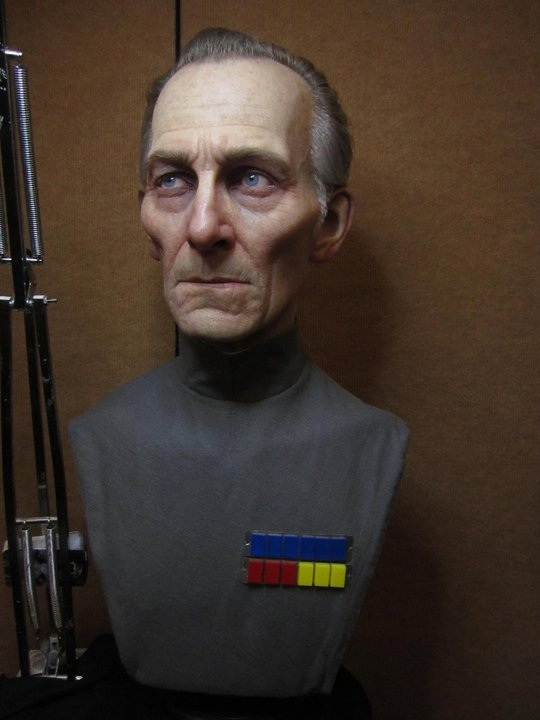 Today, though, when I saw how they accomplished it—digitally brought him back to us on screen—a chill washed over me. When digital cloning was first invented, the process was costly as it involved surrounding actors and actresses with high tech cameras and equipment; but as time passed, the intricacies of the work have become simplified to the point that any of us could do the same thing in our garage for relatively little expense or trouble with several dozen cheap cameras and some plastic sheeting.

As the man on the television continued speaking, he raised the specter of potential dangers if the technology were applied in areas such as politics. I thought of the cast in the most recent U.S. election and their supporting characters—many of them well-groomed yet ignoble liars who stain the memory of our founding fathers and mothers and twist it to their service. There is no question the power-hungry will use this technology. My writing about it doesn’t increase the danger. It wouldn’t surprise me to learn they already have public relations minions abroad—like Tolkien’s Nazgûl—seeking every advantage for their candidates with no regard for citizens of any stripe. Digitally cloning “their guy” into a positive location—or their opponent into a negative one—would not be viewed as beyond the pale.

I shuddered as I rounded the corner of thought back to my own world as a biomimeticist. Emerging from the haze of the man’s words in my mind, came the image of a polar bear circled by lights and cameras. “People will do this to the animals,” I thought, “just before they are gone.”

All my life I have been “for the animals.” Yes, I feel sheepish to have fan-girled the charismatic megafauna—the wolf, pronghorn antelopes, moose. Waking up as a child in the bosom of night, I was electrified with the sight through dusty cabin window screens of a mountain lion loping down the hillside. As an adult, I freeze in place to discern movement and am often rewarded with a view of an elk cow and calf emerging out of a thicket or a fox intently listening to pocket gophers below. These kinds of experiences imbued me with a rich sense of reward for measured patience.

Always I have argued for the homes and territories of large, wild animals, not just for my knowing they are there, but for their own sake. They are my distant neighbors with whom I feel kinship. As a human living mostly in cities or at their edges, however, most of the mammal characters who inhabit my life are protagonists of a smaller variety: muskrat, groundhog, occasionally coyotes, and—only a handful of times (because they are very shy)—bobcats. So, these are the creatures I studied—and used as jewels to lure others to conservation.

When discussing our urban wild places, I made sure my stories entertained. I describe the morning when, while conducting a mammal study at a large natural area inside city limits, I discovered one of my live traps weirdly filled with leaves. “Kids,” I thought, shaking my head. They had messed with infrared cameras I had used in the past. But this live trap was deep in the park, far from any trails, which usually would make it immune to wandering feet and curious minds. As I mulled over the source of the tampering, the dead leaves suddenly rustled furiously and I jerked to a halt. “What the . . .?” Again, mad stirring. I ventured closer. Whatever it was, it was contained in an enclosure the size of two shoeboxes. Nearly upon it, I crouched and peered. Two liquid licorice eyes blinked and returned my gaze. 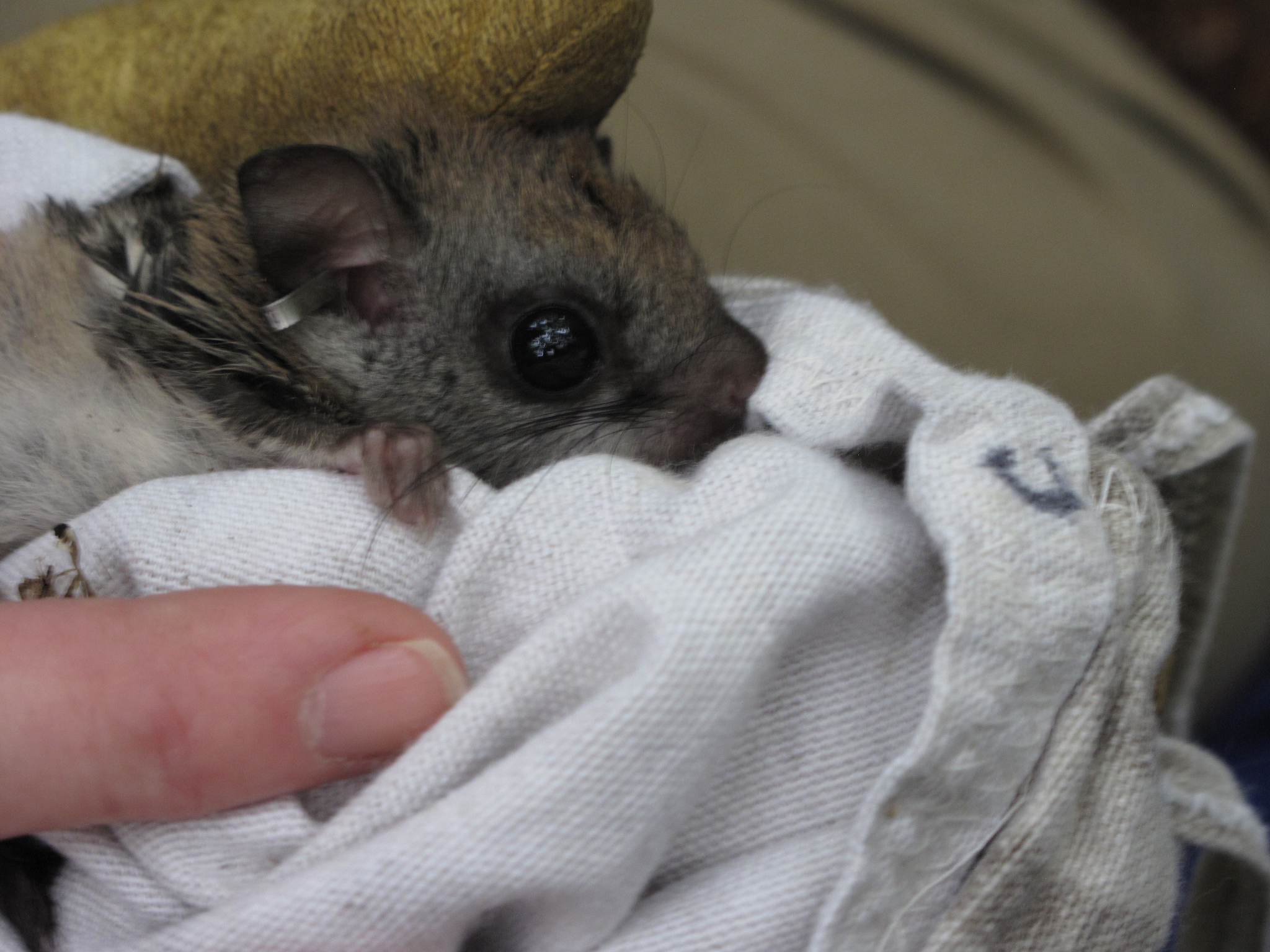 I gawped in confused thought, “Oh, an animal!” And then with more scientific recognition, “A flying squirrel!” He had cleverly pulled the leaves surrounding his woven metal bedchamber into the trap for protection against the night’s nip. I noted him in my study log, released him, and relayed the story endlessly on my way to conjuring supporters for aiding the city’s wildlife and their habitats.

Smaller creatures, like this clever little flying squirrel and his relatives, benefit as knowledge grows about biophilia (the love of and tendency to affiliate with living things) and cities respond with more parks and green spaces. However, out in the exurban, rural, and wild spaces, things are not so idyllic. In many cases, humans are not aiding or protecting larger wildlife to a degree that supports their long-term existence. In fact, many species—from caribou to Key deer—are losing. With extinction rates today roughly 100 times greater than normal, Appalachian cottontails, bighorn sheep, gray wolves, and an array of other mammals in addition to numerous non-mammals are threatened or endangered—their homes converted into mountain-view cabins, new suburbs, or craters for coal extraction.

Our everyday talk is weighted with the progress of sports teams. Our money goes to overpriced coffee and t-shirts with clever jibes at society. Our “sustainability” careers focus on doing less bad as we continue building or rebuilding office monoliths in cities. Too often, we turn our backs on the forests, fields, and waterways beyond the well-trod porches of our communities. Instead of venturing out into nature, we embrace the digital worlds available to us from the comfort of our couches. “What does a mountain lion sound like?” we ask our computer.

I think about my own behaviors. As a human, I have a good-sized brain with a supposedly advanced ability to adapt. How can I let this happen? I belong to conservation organizations but give what amounts to a pittance here, a lone wail there. I keep on truckin’ to the beat of my self-consumed life with not enough concern—and more importantly, action—for our wild neighbors even though I volunteer regularly. With our dollars we doggedly pursue lattes and plastically packaged—everything. We feel we deserve our way of life and more—rarely less. Meanwhile in the countryside, what is lost?

Our attempts at conservation—particularly when favoring politics over sound science—fail to recognize the value, for their own sake, of our carnivorous neighbors, without whom the rest of our living system would wobble ferociously and spin to a degraded state. Seeking trophies of already troubled apex predator species and lobbying to remove their protected status to shield our food supply does nothing but strengthen that downward spiral. The top causes of stress on farmers are not from predators but from a growing population to feed, fluctuating markets, and reliance on oil for everything from powering equipment to creating a base for mixing the “–cides” applied to their fields. This tendency toward devaluing our wild places and those who inhabit them, whether predator or prey, has been as slippery as the ooze of digestive juices sliding insects into the maw of a pitcher plant.

And this is the chilling part: we have the ability and the knowledge to include them in our world—not as species who supersede us, but with whom we inhabit our ecosystems together, whether urban, suburban, or rural, and we could do it. Instead of more t-shirts and pre-packaged meals, we could and can fund the protection of them and their homes. Instead of arguing over the best team, we can realign our time and lobby for conservation of habitat for the finned and feathered and furred. Instead of binging on television shows, we can take our children or neighbors or friends out into the wild places. In those places and moments, we can learn how much space these animals need for home and how we can support them in their right to simply be. We might also catch a glimpse of an elk through low-lit forest branches, or thrill to a brown bear ambling across an upland meadow or a fisher rustling through the underbrush at dusk. 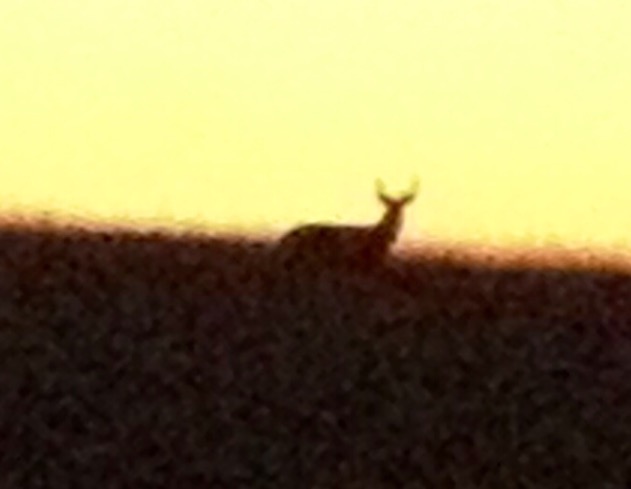 We have no Muir today; no Leopold. But we do have ourselves in the millions—with our tiny tinkling voices, which can swell as a raging torrent to save and restore the landscape for those who cannot act on their own behalf. We must resist swallowing our education from politicians and those who pay for them and their minions. We need to return to the wild places to drink in their tonic. We can seek out the science of our schools, yes, but also nature centers and park offices where science is revered and translated into fun and helpful work. As for me, I can adjust the lens and polish it to recognize and embrace the changes I need to make at home and at work. I am adding into my schedule regular calls and letters to those who supposedly represent me.

All these thoughts come pouring out of my head in a matter of minutes. As the show ends, I turn off the television, still numb. I must listen to those who set our public lands and all who inhabit them onto the proverbial chopping block. I must attempt to understand their pursuit or acceptance of the destruction of fellow creatures and their homes. I need to know why they think trading oil and natural gas for the soul of our world is alright. Then, I must write. I must speak. This is not a choice but an imperative.

Nothing can virtually replace those liquid licorice eyes or the face that holds them. A life without the thrill of happening upon a bear track in the soft forest duff or catching the undulating lope of a mountain lion down a moonlit slope would make the sum of my own life less. I would weep were my grandchild to see a wolf or hawksbill sea turtle or hear the strains of a streaked horned lark only as a digital clone with all its once vibrant, beautiful living relatives passed—dead and gone.

Margo Farnsworth is a speaker, writer, and consultant in strategic sustainability development for organizations and businesses, and is a fellow at the Biomimicry Institute. She is currently working on a book about the business of biomimicry.