Earth democracy recognizes that we share the earth and are its caretakers. I want to argue here that when we take earth democracy seriously, we can understand how to negotiate the contradictions between the climate crisis and the crisis in democracy.

The facts of the climate crisis are clear. The intensification of droughts, floods, and cyclones—and the increase in their destructive impacts—can no longer be denied. These are not just natural phenomena but phenomena modulated by man-made activities, especially those based on the use of fossil fuels.

Even though the experience of ordinary citizens as well as the reports of the Intergovernmental Panel on Climate Change recognize the new reality of anthropogenic contributions to climate change, those that gain from a polluting economy have done everything possible to undermine the legal framework of the United Nations Framework Convention on Climate Change (UNFCC).

The UN Climate Summit in Copenhagen in 2009 was probably the largest gathering ever of citizens and governments. The numbers were huge because the issue is urgent. Climate chaos is already costing millions of lives and billions of dollars. The world gathered to get legally binding cuts in emissions by the rich North in the post-Kyoto phase. Science tells us that to keep temperature rise within 2°C, an 80% cut is needed by 2020. Without a legally binding treaty, emissions of greenhouse gases will not be cut, the polluters will continue to pollute, and life on earth will be increasingly threatened.

There were multiple contests at Copenhagen, reflecting multiple dimensions of the climate wars, including those

The hundreds of thousands of people who gathered at Klimaforum and on the streets of Copenhagen came as earth citizens, one people united in their care for the earth, for climate justice, for the rights of the poor and the vulnerable, and for the rights of future generations. Never before had climate negotiations seen so much participation aimed at taking action to change production and consumption patterns.

Ever since the Earth Summit in 1992 in Rio de Janeiro, the United States has been unwilling to be part of the UN framework of international law, never even signing the Kyoto Protocol. During his trip to China, President Obama with Prime Minster Rasmussen of Denmark had already announced that there would be only a political declaration in Copenhagen, not a legally binding outcome. This is exactly what the world got—a non-binding Copenhagen Accord, initially signed by five countries, the United States and the BASIC four, and then supported by 26 others—with the rest of the 192 UN member states left out of the process. Most excluded countries refused to sign the accord while the UNFCC only “noted” it, but did not adopt it, indicating that the document was not approved by the meeting and that there would be no obligation for a member of the Convention to implement it.

The Copenhagen Accord as signed can thus only interfere with the official UNFCC process in future negotiations. With the earth’s future, the future of the UN now hangs in balance. There have been repeated references to a new world order in Copenhagen. But this order is shaped by corporate globalization and the WTO, not by the UN Climate Treaty. It is a world order based on the rights of polluters and the outsourcing of pollution from the rich industrialized North to countries like China and India. While these nations flood the shelves of supermarkets with cheap products, it is the corporations and consumers of the North that share responsibility for the increased emissions.

In fact, the rural poor in China and India are losing their land and livelihood to make way for an energy-intensive industrialization. To count them as polluters is doubly criminal. It is corporations, not nations, that are the appropriate basis for regulations in a globalised economy. 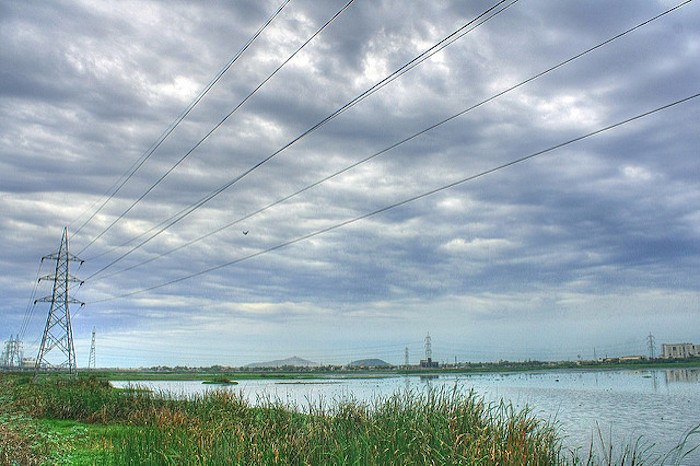 Ten years after citizens’ movements and African governments shut down the WTO Ministerial Conference in Seattle, the same contest between corporate power and citizens’ power, between limitless profits and growth and the limits of a fragile earth, was played out in Copenhagen. The only difference was that in trade negotiations the commercial interests of corporations stood naked, whereas in climate negotiations, corporate power hides behind corporate states. The Copenhagen Accord is in reality an attempt to dismantle the UN Climate Treaty. With no legally binding emissions targets, it should be called the “Right to Pollute Accord.”

To protect the planet against climate catastrophe, we will have to get beyond Copenhagen by building an earth democracy based on principles of justice and sustainability. As I have written in Soil Not Oil, food is where we can begin. Forty percent of emissions are produced by a fossil-fuel-based globalised food system, which is also pushing farmers to suicide and destroying our health. A 40% reduction in emissions can take place through biodiverse organic farming, which sequesters carbon while enriching our soils and our diets.

The struggle for climate justice and trade justice are a single struggle. The climate crisis is a result of an economic model based on fossil fuel energy and resource-intensive production and consumption systems. Yet the Copenhagen Accord was designed to extend the life of this deficient and obsolete model. Earth democracy can help us build another future for the human species—a future in which we recognize we are members of the earth family and that protecting the earth and her living processes is part of our species identity. The polluters of the world united in Copenhagen to prevent a legally binding accord to cut emissions. They extended the climate war. Now citizens of the earth must unite to pressure governments and corporations to obey the laws of the earth and the laws of Gaia, and to make climate peace. For this to happen, we must be the change we want to see.

Director of the Foundation for Science, Technology & Ecology - Board Member International Forum on Globalization

Besides being a physicist, ecologist, activist, editor, and author of numerous books, Vandana Shiva is a tireless defender of the environment. She is the founder of Navdanya, a movement for biodiversity conservation and farmers’ rights. She is also the founder and director of the Research Foundation for Science, Technology and Natural Resource Policy.