Contemporary science radically reframes a fundamental idea at the heart of democratic theory and practice: that each person is free to act as he or she wishes so long as that action does not harm other persons. Two important sources of this idea are John Locke’s A Letter Concerning Toleration (1689) and John Stuart Mill’s On Liberty (1859). Locke held that our religious beliefs are internal matters and hence should be beyond the legitimate reach of the state, whose principal tasks are external—to secure “life, liberty, and property.” Mill held that the state has no right to interfere in what he called “purely self-regarding acts”—though interpreting this phrase has proved contentious, even for Mill. Despite the pedigree of these two philosophers, the assumptions their ideas contain have become problematical.

Locke’s ideas about what one thinks is private have been transformed into the idea that one can live however one wants. And, in the tradition of Veblen (1899), Clive Hamilton (2005) and others have noted that consumptive goods became key markers of social status in the twentieth century. When we connect this foundational principle of political liberalism to the basic laws of chemistry and Earth systems science, there are two distressing implications. First, in normal chemical reactions, matter is neither created nor destroyed. This means that the carbon released when fuel is burned in, say, a Toronto traffic jam directly affects the interests of people and the composition of the atmosphere and ecosystems around the world. Second, the process of burning fuel inevitably creates waste heat (most of which is radiated into space, causing a net decline in useable energy on the Earth).  And in the case of fossil fuels that are used in the production of inexpensive fertilizer, the burning raises the price and/or reduces the availability of food, thereby especially critically affecting those at the margin.

We must see that how we live is harmful to others. There are no actions that affect us alone. The conceptual and moral underpinnings of economic and political liberalism were flawed from the beginning. We have no choice but to recognize that, as Thoreau says in Walden (1854), “Our whole life is startlingly moral. There is never an instant’s truce between virtue and vice.” It is critical that we interrogate the idea of responsible liberty. What does it mean once we consider it in the context of a scientific understanding of the world? And what is its relationship to justice? In a world of limits, liberty may only be legitimately exercised if one is using only one’s fair share of low-entropy sources and sinks. Properly understood, true liberty lives in a modest room within the mansion of justice. Hence “justice” for us must be understood, as it was for Aristotle, both as a particular virtue and as one overarching concept that holds the rest of morality in balance. 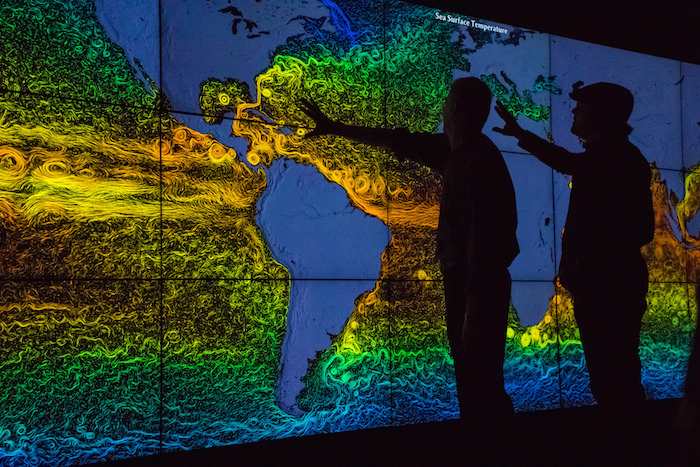 As a result of our fresh understanding of ourselves, what we know, and what we should do, we must start from a realization of our embeddedness. From this point of view, economics, finance, and, above all, democratic governance must rest on at least three straightforward, interconnected premises. Today, we must update Jefferson and hold these truths to be self-evident: (1) that persons are fundamentally interdependent members of communities that include humans and other life, which all depend on the Earth’s biogeochemical processes that obey the laws of the Universe; (2) that it is a fundamental duty to care for where we and our communities live; and (3) that care for life requires the respectful use of what makes life possible. I call these, respectively, membership, householding, and entropic thrift. Living in keeping with these three truths may be summarized as living in right relationship with life and the world.

Membership. Recognition that we share heritage and destiny with all other people and all other life on this planet, as well as recognition of the dependence of life on physical, chemical, and biological evolution, must lead us to expand the moral community to include all persons and all life. Democratic deliberation and legislation must not deny or ignore this; otherwise, democracy will be fatally flawed and will not serve the ecological and social imperatives of the Anthropocene. The attitude of domination of the world and its peoples must be replaced with respect and reciprocity toward all that is. Humans are essentially relational. Individualism must give way to holism. We are members of, not masters over, life’s commonwealth. Historically, a version of that insight and attitude has been a modest branch in rethinking liberalism within the legacy of Leopold, but it has not gained much of a toehold in the rush for more consumption. All persons in all cultures have equal moral claims to flourishing, constrained and enhanced by the claims of other species for their place in the sun. We are not the chosen species or the chosen people. This, if you like, is a new emancipation—it is an emancipation from false claims of privilege.

Householding. When humans see themselves intrinsically as members of communities, then care for those communities is simply an expression of who we are and what we do. The world is not a collection of sources for satisfying our desires and a place to dispose of the waste stream inevitably created by those satisfactions. Rather, it should be considered a commonwealth where all species interact with each other and the planet’s biophysical systems in a manner that facilitates the thriving of life. Ultimately, we are obligated to enable, within our limited capacities, this thriving to continue on its metaphysical journey into novelty. The idea of the Earth as a collection of resources and waste receptacles must give way to that of the Earth as life’s household (oikos).

Entropic Thrift. Low-entropy stocks and flows and the sinks for high-entropy waste must be used judiciously and with respect. Like all other far-from-equilibrium systems, our lives depend on low entropy—a fundamental good that underlies all other “goods.” Low entropy is a key feature of the Earth’s capacity to support flourishing human and natural communities—it makes all life possible. It enables the far-from-equilibrium, autocatalytic living organisms like us to exist and thrive. Wasting that which makes life itself possible is a fundamental moral wrong. The Earth’s limited capacity to construct and maintain far-from-equilibrium systems implies strong moral limits to human appropriation of low-entropy energy and material and of sinks for human waste. There are both intergenerational and interspecies limits to the just use of Earth’s sources and sinks.

The implications of this re-envisioning our place in the world could not be more far-reaching. Once sinks have become saturated, as the global carbon sink has, burning fossil fuels harms and often kills other people. It increases droughts; it takes food from the mouths of those who are already at the edge of starvation; it adds to sea-level rise, flooding farmland and contaminating aquifers; it increases the frequency of massive storms, which swamp the infrastructure far and wide. In a word, it directly violates the golden rule. Climate change is a major factor in the destruction of the web of life: imagine the bird seeking her nest in the swamp only to find it a dry and lifeless place; or the terminus of the long flight to the sub-arctic only to find the insects on which her life depends have already hatched and departed. Can we possibly justify our winter vacation on the beach in Mexico when it takes life from man and beast alike as its price? Could “liberty” possibly mean that those whose cup runneth over can justly take from those with no cup at all? How is “responsible” liberty to be defined, and where is it to be found? This is likely to be the most profound challenge that democratic theory and practice have ever faced.

Professor Peter Brown’s teaching, research, and service are concerned with ethics, governance, and the protection of the environment. His appointments at McGill University are in the School of Environment, the Department of Geography, and the Department of Natural Resource Sciences.