A deliberative democracy in which competent citizens participate in policy decisions about the long-term challenges facing their society is an ideal setting for confronting the threat of climate change. Democratic deliberation is designed to help selfish individuals reformulate their interests in the language of the communities to which they belong—to allow them to move from “me thinking” to “we thinking” and to substitute long-term, future-minded thinking for the short-term, present-minded, special-interest thinking. It allows private opinion to be shaped by shared belief and the discipline of inter-subjective (“scientific”) knowledge.

It is pretty obvious, however, that we do not live in the ideal democratic world. In our real world of corrupted, minimalist democracy, we privilege individual, special-interest thinking and ask citizens to do no more than express their private preferences. We confound opinion and knowledge and sometimes even seem to think that by denying expert science we honor “democratic” thinking (as if shared ignorance and democracy were the same thing). In this corrupted version of democracy, “now” trumps “later,” today takes precedence over tomorrow, and no one takes responsibility for that greater democracy about which Edmund Burke spoke—the democracy that encompasses not only the interests of the living, but the interests of those who are gone and those as yet unborn. Generational thinking can only be cultivated in a setting of prudent deliberation; contrarily, our short-term present-mindedness shrinks the temporal zone.

Thus does our crisis in democracy—a system dominated by big money, special interests, and the “tyranny of me”—impact and morph into our crisis in sustainability. The very word sustainability puts us into a temporal zone where present and future join and where today’s needs are tempered by tomorrow’s responsibilities. These daunting democratic realities will lead some to conclude, if reluctantly, that a benevolent tyrant with an understanding of climate science is more likely to address climate change effectively than a corrupt elected politician who equates her own opinions with science; more bluntly, that China may be more likely to pursue sustainable policies than the United States. How can we address these dilemmas?

First, we must recognize that democracy today is held captive by nation states that are, in turn, held captive by money, business, and banking interests—and a wholly owned corporate media that, far from informing the public, participate in misleading it. Nor is the Supreme Court democracy's friend at this moment: its appalling decisions—not only recently in Citizens United (which treated corporations as persons) but also in the ’70s in Buckley v. Valeo (which treated money as speech)—have given the corruption of democracy by money constitutional legitimacy. Meanwhile, faux “charitable” lobbies such as the American Legislative Exchange Council (ALEC, to which taxpayers unwittingly contribute) give private corporate power a public voice in thwarting sustainable policies by buying off  lawmakers. At the same time, democracy is also trapped inside the box of national sovereignty and cannot respond across borders to global challenges like climate change.

The way out is to restore democracy to its deliberative roots in competent citizenship, to liberate popular government from money and reinstate it as a domain of civic competence and citizen participation, and to help democracy cross borders to address global problems. The bottom line is that we will have environmental sustainability when we have sustainable democracy. Rightly constituted, democracy can and will make prudent and sustainable decisions. Yet long-term democratic reform, which is hard but possible, is in tension with the short-term urgency of climate change, which demands action now. Science will not patiently wait for citizens to recognize its relevance. Nature cannot be held in check until the political system is reformed. Is there an alternative?

I believe there is. Where states have grown dysfunctional and sovereignty has become an obstacle to global democratic action—as when the United States (or China, France, or Canada) refuses to compromise its sovereignty by permitting the international monitoring of carbon emissions on its soil—cities have increasingly proven themselves capable of deliberative democratic action on behalf of sustainability, as they have actually done in intercity associations like the C-40 or ICLEI. If presidents and prime ministers cannot summon the will to work for a sustainable planet, mayors can. If citizens of the province and nation think ideologically and divisively, neighbors and citizens of the towns and cities think publicly and cooperatively. 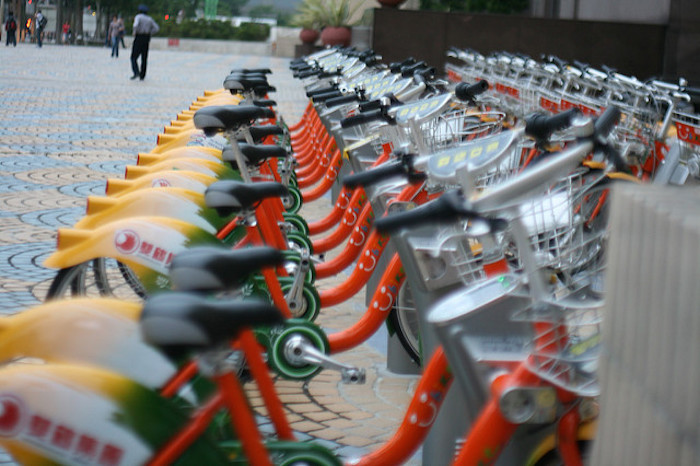 The bankruptcy of states as cooperative international actors has been demonstrated again and again in the four annual meetings focusing on updating the Kyoto Protocol, starting with Copenhagen. Meanwhile, look at what cities are achieving. They start by recognizing that up to four-fifths of the planet’s carbon emissions are urban, leaving cities in a position to powerfully impact warming through their own cooperative action. Much of what they do can be done without eliciting the ire of nation-states. Bike shares, pedestrian zones, insulated buildings, renovated port facilities, congestion fees, car emission limits, furnace specifications, fuel upgrades (from oil to gas to alternative energy) and white paint roofs, for example, are only some of the innovations city officials can promote to effect significant reductions in emissions and pollutants.

We tend to focus on vehicles, but in Los Angeles, up to 40 percent of carbon emissions came from the Port (the largest in the United States). In the administration of Mayor Antonio Villaraigosa, port emissions were cut by 40 percent, entailing a significant reduction in the city’s overall emissions. In New York City, the carbon used in heating and cooling buildings may account for up to 90 percent of emissions and is far more important than automobile emissions; consequently, building and furnace and fuel upgrades under the LEED program have had a meaningful impact.

Moreover, green urban ideas can spread virally on the web and often are the result of city interactions (a new network, CITYPROTOCOL, has become a global promoter of best practices). The bike-share idea began decades ago in Latin America, but today is a popular option in hundreds of cities on every continent. Citizens can participate directly in climate actions and feel the difference they make in ways citizens of large nation-states rarely do. This is good for democracy and good for the environment.

Here, then, is the takeaway: if sustainability requires a sustainable democracy, then cities may be the places where democracy is most sustainable. Democratic states are seriously compromised and increasingly dysfunctional in addressing climate change. Democratic cities still hold the promise of real change. They kindle optimism in citizens who are pessimistic about political parties and national politics. In sustaining the planet, the world's cities may be its last best hope.

Can democracy in crisis deal with the climate crisis? Presentation by Benjamin Barber

Can democracy in crisis deal with the climate crisis? Featuring Benjamin Barber

Benjamin R. Barber (1939-2017) was a Senior Research Scholar at The Center on Philanthropy and Civil Society of The Graduate Center, The City University of New York, President and Founder of the Interdependence Movement, and Walt Whitman Professor of Political Science Emeritus, Rutgers University.