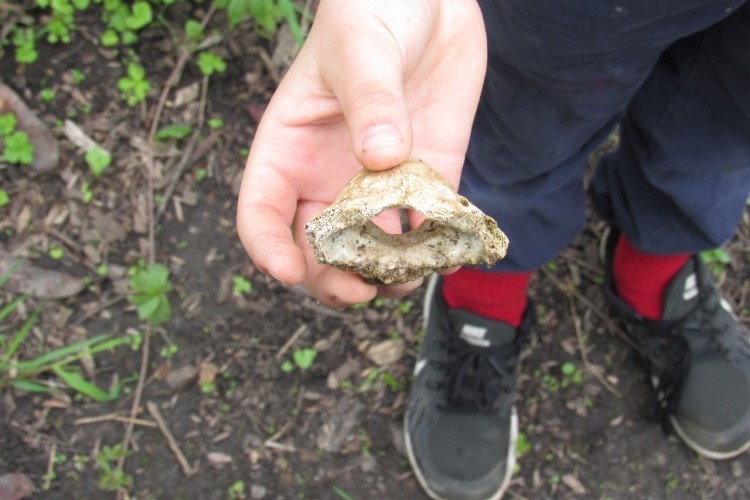 The tuft of light hair clinging to a leg bone was the first thing I noticed as I ran down the neglected stretch of trail beside the abandoned rail, once used to haul coal through these mountains of West Virginia. I figured it was a dead deer—just how long dead I couldn’t be sure—and I willed myself not to look down, executing a leap over its carcass that would have left even my defunct trail mate impressed. Mentally noting its location, I had but one thought: The kids have got to see this. 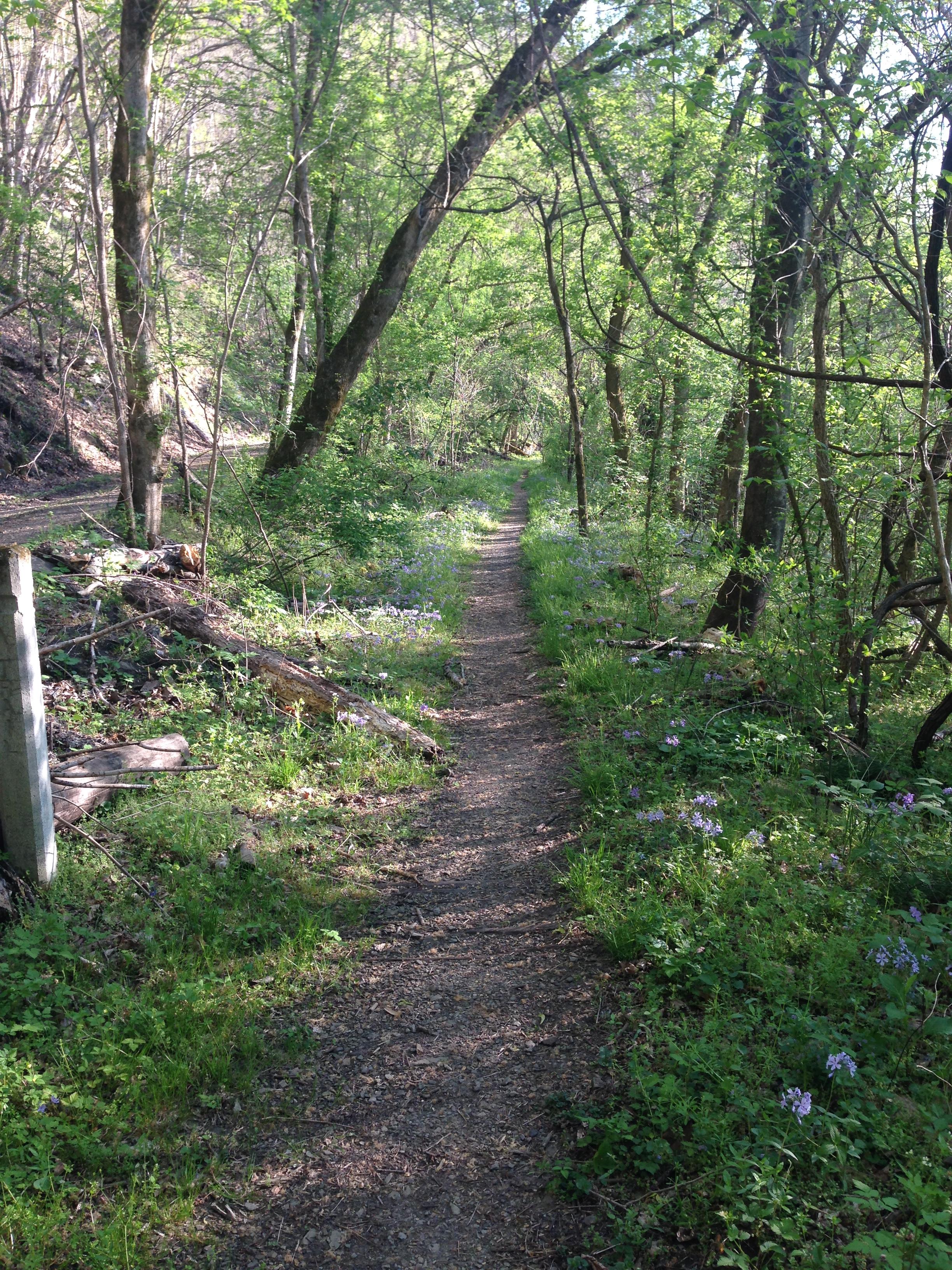 Flashback to the week before our wild, wonderful vacation when we were at home on the south side of Chicago and came upon another dead animal—a rat, stiff with rigor mortis in the middle of the sidewalk en route to my 7-year-old’s school. The rat was easy enough to skirt around, no flying leaps required, but was met with considerably distressed reactions from both children. My 4-year-old son emitted a shriek I’ve never heard from a human before. My daughter cried for three blocks before I snapped at her that it was already dead and couldn’t hurt her anymore. My husband and I rolled our eyes and declared that we needed to do a better job “country-fying” these two city kids. Enter dead animal number two, as if by intelligent design.

The day after my run, we set off on our hike up the trail to find the deer, under strict instructions from my father-in-law to bring him back the antlers if we could find them. As we retraced my footsteps, the kids grew quieter with anticipation, adding reverence to our small procession. The woods became our cathedral with loose vines the buttresses above us, and the constant babble of the New River­—never more than a hundred feet away to the east—our hymns. Finally we came upon the deer, and I braced myself for the shrieks and tears, but found only curiosity in their place. 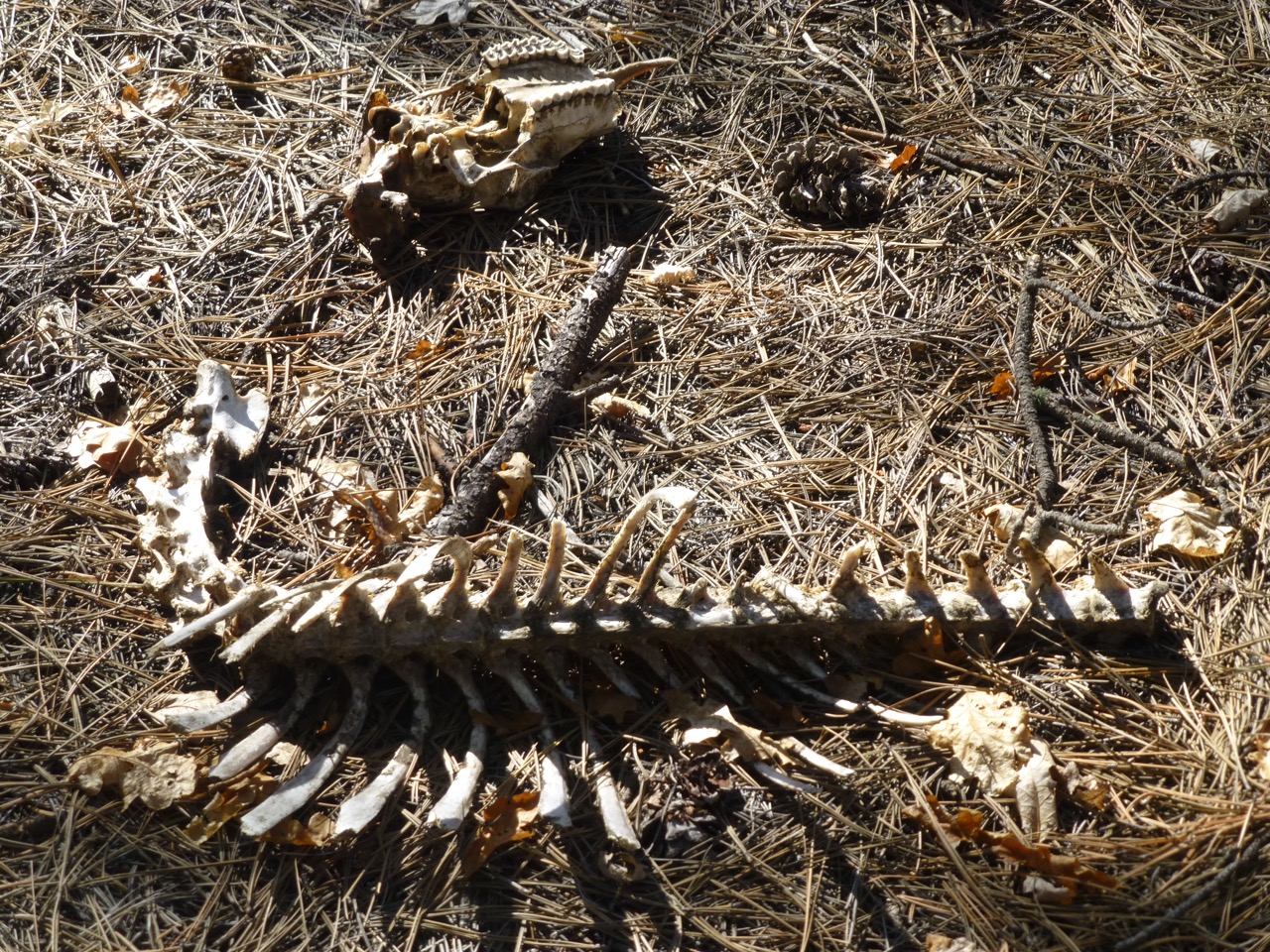 “Where are its ears?” my son asked, eye to eye with the skull. “Where is all of its meat?” And so began a conversation about cartilage, carrion, and scavengers. We counted the limbs and ribs. Hesitant craning of necks from a distance gradually gave way to timid steps forward, and then nearby crouches to get a better look. The rapid-fire questions from both kids echoed through the empty woods. Was it a male or female? Was it young or old? How did it die? What ate it? I smiled, certainly not because I had any answers, but because their level of engagement was exactly what I had been hoping for. Questions, not critiques, are a child’s intellectual currency.

I stood on top of a rail to look amongst the strewn parts for the antlers, but instead saw a whole patch of deer fur pressed into the soft ground on the other side of the rail. The ribcage and spinal column had been dragged across the path, and, like a chalk outline, this fur surely marked the deer’s final resting place. Even the ground seemed to hold the impression of the weight of the animal, a cast of its former presence. My daughter and I began a guessing game about what had killed the deer, momentarily becoming amateur members of the Crime Scene Investigation Mammalian Unit (CSIMU). Later she would demonstrate her theory that it had fallen off the rocky cliff to the west, mimicking the physics of its fall with a pen and her hand.

These are the experiences I am constantly seeking for my children as they grow up in Chicago. I take them to nature preserves to learn about tapping trees for syrup. We once spent thirty minutes watching a pill bug on the sidewalk roll up tight and then unfurl once it sensed that the danger had passed. I want them to be curious about the living things around them and their own place among them. So how did I miss the first opportunity with the rat?

It would be easy to say that rats are different, to blame them for the spread of disease (I’m looking at you, bubonic plague), and to associate them with garbage and refuse, or to loudly declare that the only good rat in Chicago is a dead one. This is, in fact, exactly what I said, just before I called Streets and Sanitation, the city’s answer to nature’s much slower team of insects, buzzards, and scavengers, so that we could stop being forced to take an alternate route to and from school. 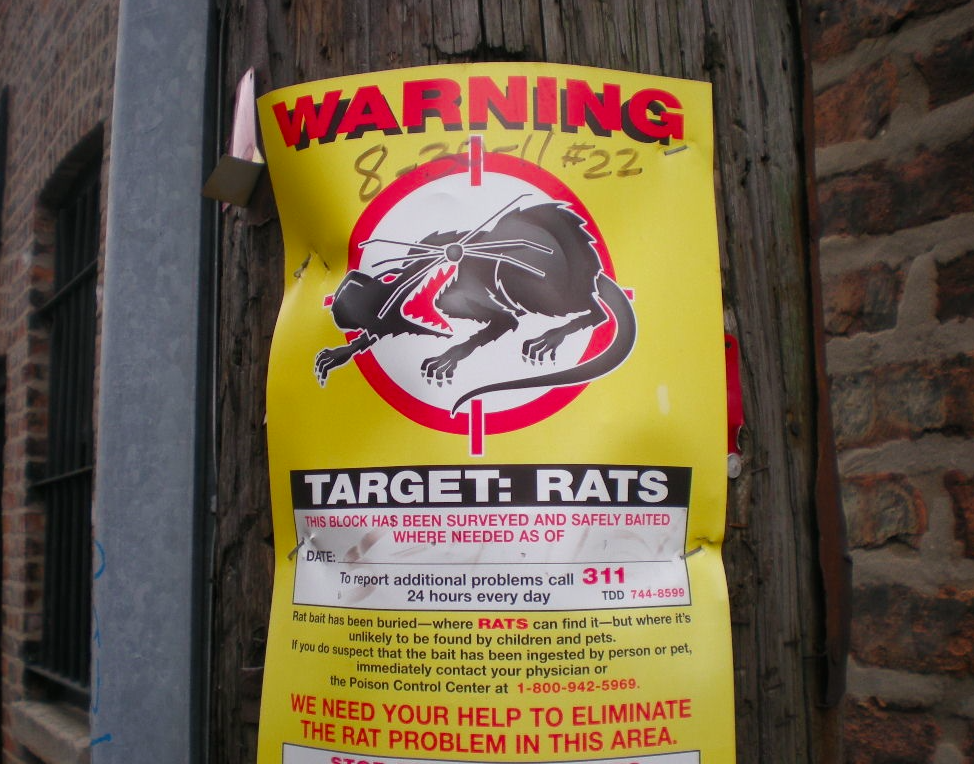 And yet, there were so many conversations we could have had about the rat. Why do so many rats live in cities? What do they eat? What are the similarities between rats and humans that help us both thrive in an urban environment? I wish I’d stopped to think about these questions, and led my children to a more curious—and less disgusted—encounter with the rat we saw. Chances are good we’ll come across another dead one in the city, though, and I’m determined to do a better job when we do.

Kathleen Dragan is the author of Rickshaw Reggie from Reedy Press. You can find her at rickshawreggie.com or on Instagram @RickshawReggie. She is proud to call Chicago home.