I was waiting to be issued a wilderness hiking permit at the North Cascades National Park Ranger Station in the small mountain town of Sedro Wooley, when this message came crackling in via walkie-talkie from a backcountry ranger: “Dead Elk by upper Agnes Creek decomposing nicely. Over.”

The report was matter-of-fact, yet startling. If you have ever been close to a large, dead, decomposing animal—especially in the summer—you know that “nice” is likely to be the last word that comes to mind. Gross. Disgusting. Nauseating. Loathsome. Certainly not nice.

Yet there was deep wisdom in the ranger's description: “Decomposing nicely” is precisely correct. I have no idea if she was aware of having verbalized such an intriguing paradox. But it doesn’t really matter. Her description was accurate, not just biologically but also Buddhistically (the final “Over,” was an especially nice touch).

That Elk, like the rest of us, is on a journey, going back to its primal stuff, with help from various seemingly unpleasant creatures: Maggots, bacteria, beetles, earthworms, and perhaps the occasional nibble from a raven or coyote. All under the watchful eye of an ecologically sophisticated National Park ranger. Deposited in the middle of a busy street, a shopping center, or a dining room, a large decomposing mammal would be inconvenient to say the least, not to mention a public health menace. But out there by the upper drainage of Agnes Creek in the North Cascade Mountains of Washington State, a dead Elk is par for the course as it decomposes very nicely indeed, its constituent parts en route back to the ecosystem from which, once upon a time, they came together to form an “Elk.” And which it—they, and us—never left.

Biologists understand this. So do Buddhists.

Ecology is typically defined as the study of the interrelations between organisms and their environment. As such, it closely approaches Buddhism in its sensibilities. Most biologists readily acknowledge that living processes are connected; after all, we breathe and eat in order to metabolize, and biogeochemical cycles are fundamental to life (and not merely to ecology courses). Ecology is many things: a science, a world-view, a cautionary tale. It can be nearly incomprehensible in its mathematical modeling, downright tedious in its verbal pomposity, theoretically abstruse yet dirty-under-the-fingernails practical, often ignored and derided although desperately needed as a voice for basic planetary hygiene and a practical corrective to human hubris. It has been called the “subversive science,” since it undermines our egocentric insistence of separateness, and with it, our inclination to ride roughshod over the rest of the natural world. Buddhism is no less subversive.

There are three primary conceptual pillars whereby all of the seemingly diverse Buddhist traditions speak most directly to the human-nature interconnection: non-self or anatman, impermanence or anitya, and mutually dependent co-arising or pratitya-samutpada. Of these, non-self is especially confusing for many Westerners. It doesn’t mean that people don’t exist; Buddhists aren’t fools. Rather, anatman refers to the fact that we—like all other things—have no distinct internal core of self-stuff, separate from everything else. We aren’t like peaches, with a hard central pit; we’re more like an onion, which, if peeled, reveals itself to be composed of interconnected layers. Or like a whirlpool, which can be identified, but doesn’t really exist except as a consequence of flow-through.

This, in turn, leads to the insight of anitya, since all things (living ones in particular) are temporary phenomena whose impermanence and whose dependence on through-put is testimony to their inseparability from all other things. These Buddhist concepts lead logically and necessarily to interconnection and interpenetration, or pratitya-samutpada.

This Buddhist triad should be distinguished from mere immateriality, inconsequentiality, or some sort of mystical sense in which objects in general and organisms in particular are sometimes supposed to be unreal or insubstantial. What they lack is neither reality nor substance, but rather, separateness and permanence; in other words, they partake of anatman as well as anitya, which qualities are key to the fact of their interconnectedness, their pratitya-samutpada. 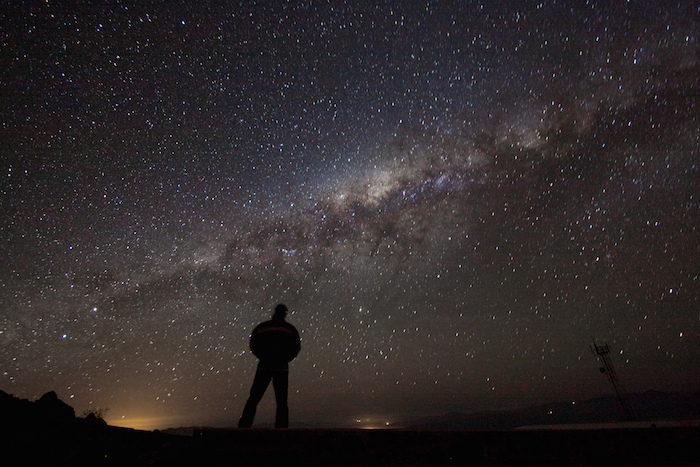 This perspective has been developed with special clarity by the Vietnamese Zen master, Thich Nhat Hanh, who has established what he calls the Tiep Hien community, the Order of Interbeing, which emphasizes that all things “inter-are,” and which constitutes the foundation of a new and notable aspect of modern Buddhist practice: engaged Buddhism. Much of this engagement derives from an open-minded, open-hearted, expansive understanding of biology, embracing not only human beings but all life forms.

Hanh has written a renowned meditation about seeing a cloud and more in a sheet of paper (the water that permitted the pulped tree to grow, plus sunshine, some bird poop, the logger who cut it, his parents, and so forth), which is not only literally valid but a metaphor for seeing nothing less than everything in everything else. When Thich Nhat Hanh teaches about "interbeing," he is touching on the fundamental insight of biological Buddhism: the interconnectedness and interdependence of all things.

To E. M. Forster's celebrated injunction, “Only connect,” Buddhists and ecologists would add that we are already connected. Our job is to recognize this union and to act accordingly, paying attention not merely to our breath but also to our breadth, and depth. It’s not always easy. This isn’t because Westerners are necessarily predisposed to roadblocks that don’t exist for our Eastern colleagues, but simply because, for reasons that no one seems as yet to have unraveled, the latter’s predominant intellectual traditions have understood and embraced the absence of such boundaries.

So, what happens when we see ourselves as separate from or as a part of nature? The simplest answer is that in addition to the practical and psychic harm caused by seeing separation, it is a viewpoint that is simply incorrect. We can imagine ourselves any way we choose, but we remain nonetheless part of nature. Buddhists and most biologists would go farther and note that there is no “nature” independent of ourselves, although we can injure nature—and thus, ourselves—by misperceiving this truth.

In The Jungle Book, Rudyard Kipling captured the power of such recognition in the magical phrase by which Mowgli the human boy gained entrance into the life of animals: “We be of one blood, you and I.” Being of one blood, and acknowledging it, is also a key Buddhistic concept, reflected as well in the biochemical reality that human beings share more than 99 percent of their genes with each other. At the same time, there is no reason why Mowgli's meet-and-greet should be limited to what transpires between human beings. After all, just as the jungle-boy interacted with other creatures—an especially benevolent Snake, Panther, and Bear, as well as a malevolent Tiger—everyone’s relationship to the rest of the world, living and even nonliving, is equally intense. Thus, we share fully 98 percent of our genes with chimpanzees, and more than 92 percent with mammals generally; modern genetics confirms that we literally are of one blood.

It will no doubt be a challenge, this business of seeing ourselves as united with the earth and especially our fellow creatures. It takes some doing to live happily with dead elk in our favorite alpine meadows, crabgrass in our lawns, a galaxy of bacteria in our intestines. But when we think of all these creatures as part of a bigger process, a vast natural system that incorporates our tiny, tidy self-identified lives but is far more expansive—indeed, that is wildly inclusive in the very broadest sense—we can start seeing the wisdom of modern biology no less than of ancient Buddhism. Of course, Buddhism isn’t alone in this recognition; many indigenous worldviews converge in this regard. But to my knowledge, Buddhism is unique in this respect when it comes to major contemporary world religions.

We could even see that there is something suitable, appropriate—all right, downright “nice”—about being genuine parts of our wider world, the only one we have ever had or been, and whose liveliness is made comprehensible not only by modern biology but also by the ancient wisdom of the East.

"Admiring the Galaxy" by European Southern Observatory courtesy of Flickr (CC BY 2.0).

Professor of Psychology - University of Washington

David P. Barash is an evolutionary biologist and professor of psychology emeritus at the University of Washington. His most recent book is Through a Glass Brightly: Using Science to See Our Species as We Really Are, to be published summer, 2018 by Oxford University Press.