Assume for the moment that we know what good is. Doing it often involves sacrifice, and if no one is looking, why not do something evil—something selfish, at others’ expense—instead? Do we have to be taught the difference between good and bad, right and wrong? Are we naturally drawn toward either?

Puritan parents in colonial New England had a clear answer. They found their children brimming with evil urges, like wild animals needing taming.[1] Punishment, even beating, was essential, and a wrathful God—not, it would seem, a very Christian one—was waved at kids like a bogeyman from hell. It was a culture of fear: No fear, no conscience.

Sigmund Freud softened this theory, positing strange but natural childhood fears, with conscience resulting from internalized imagined punishments that keep civilization more or less together.[2] In this view, we are born with deep-seated feelings of lust and aggression, but also with fear, and in early life our experiences with powerful adults—especially, in Freud’s theory, a potentially punitive father, real or imagined—lead us to repress our innate sexual and violent inclinations. This, by age seven or so, becomes the basis of conscience, which Freud called the superego.

While Freud, a physician, analyzed adult patients on his couch, psychologist Jean Piaget devised countless ingenious experiments to explore how the minds of children work. Playing marbles with kids in Geneva, he saw them discover frameworks of fairness, almost instinctively.[3] They seemed somehow to understand: No rules, no game. Younger children, asked where the rules came from, said, “a gentleman;” older ones knew the rules had emerged within the game, and knew they could change them if they agreed and obeyed—which meant playing fair.

But no culture has relied on natural fair play; all cultures teach, especially things that must be learned. In the Orthodox Jewish tradition of my childhood, I was taught that we humans have a sense of responsibility—a conscience—that distinguishes us from animals. Biology taught me to say “other animals,” and to be less sure about the distinction. But God tells Noah he will never again destroy the world by flood—The fire next time, goes the old African-American joke—because he has figured out that “the tendency of the heart of man is evil from his youth.”[4]

The rabbis reasoned that there is a good tendency too, but it needs commandments —ten for openers, six hundred thirteen in all—ultimately divinely inspired; without them—or the Bhagavad Gita, or the sutras, or the Blessings on the Mount, or for that matter what the hunter-gatherer trancers I apprenticed with saw in the spirit-world—we would not know what to do and what not.

At seventeen, I lost my faith in divine guidance, so I sought evolutionary sources of good and evil. In the half-century since, we have learned that animals, like us, have plenty of both: generosity and selfishness, altruism and violence, help and harm. Help evolves if it is mutual, directed at kin, or enhancing to reputation, or when threats from another group demand exquisite cooperation; occasionally help looks pure, with no explanation at all. Harm evolved for too many reasons to mention.

Across large numbers of cultures, initiation rites involve stress and even pain to create teachable moments that tie up the ethical loose ends of childhood, leaving little doubt about what a person—read: a member of our culture—must do and be.[5] These rites are windows into the moral teachings of a culture. For many, like the Puritans of New England, we find fear enlisted as a moral teacher. For example, Hopi kids were traditionally frightened out of their wits by adults dressed as Kachina spirits, powerful, scary beings that know who’s been naughty and nice.[6] 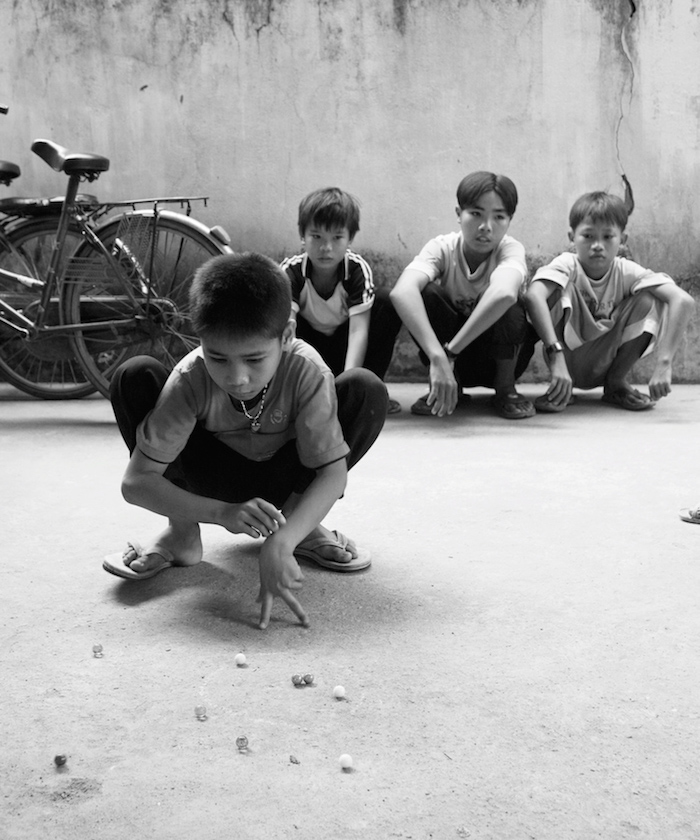 Among the !Kung (Bushmen) I lived two years with in Botswana, the central religious experience is the trance dance, for healing. I was an apprentice, and although I didn’t get very far, the altered states of consciousness frightened me. Advanced healers confront a world of gods and spirits who—like those of the ancient Greeks—have motives, feelings, and caprices of their own. They must be talked out of taking a sick person away, and morals may not matter. But if chastisement is involved, it is likely for the survivors, for not taking good enough care of the one who is ill.

For the Buddhist monks I befriended and briefly taught and learned from in Dharamsala, bad thoughts and actions threaten all sentient beings with cosmic disorder. Their path—decades of study and meditation—may bring them a little closer to liberation from the cycle of rebirth, which they view as the highest possible achievement; or, if they fail, recycle them after death in unenviable forms.

So is fear the basis of morals in all these cultures? No. New studies have carried Piaget’s line of reasoning much more deeply into development. Experiments show that toddlers favor a doll or a cartoon figure that helps over one that hurts others.[7] Empathy is in us from the beginning, a kind of emotional-brain resonance enhanced by mirror neurons. Goodness arises in kindergarten (“All I really need to know…”) just as fair play arose in those Swiss marble-games, naturally.

Except when it doesn’t.

Kids on the autism spectrum have trouble with empathy, while some kids with conduct disorder harm without remorse.[8, 9] Aggression is as natural as compassion, especially in boys; some must be taught not to hit or throw things; some persist as bullies and a few become lifelong bad actors. As for adults, recent experiments and mathematical models reveal us as the most cooperative species—but watch the news and see: we are not cooperative enough.[10] Worse, science as well as common sense tells us we cooperate best when directing harm out at a common enemy. Groups are very often internally altruistic even as they mirror each other’s violence—a sometimes seemingly endless escalation of retribution.[11]

People make the greatest sacrifices for kin, friends, tribe, and country when they are at war, but unfortunately this inward-turning altruism is paired with outward-turning hatred.[12] With “civilization” cultural order improved, but the orderly energy was aimed at other civilizations. We were human, they were not.

Yet the definition of humanity—the people we are decent to—has widened; perhaps one day it can be the human race. Surprising to some, violence has declined by many measures, including both in-group and out-group violence.[13] We also inhabit the non-human world differently. In a lifetime we have gone from imagining nature as threatening yet endlessly bountiful to knowing it as vulnerable and finite; the earth, in a way, is like a family farm. We can only survive by relying on it, but not in the old sense of unbridled exploitation; it is limited and surprisingly small. It is all we have, and we need to take care of it for coming generations of the human family. The moral arc of the universe, as Martin Luther King, Jr. and others have said, bends toward justice—but only if we keep bending it, as conscience and culture now urge we do.[14]

It is not always clear what good means; some people think it is good to kill Jews or Tutsis, exile Muslims, excise girls’ genitalia, behead non-believers, exploit humanity and nature without end. Culture does not shape conscience only one way. But we are progressing toward a more inclusive sense of what is good. The conscience arising out of instinct and built upon by culture need not make us cowards. It can embolden us to build a better world.

[4] This is my translation of the Hebrew, which reads, “ki yetzer lev ha-adam ra minarav;” in the King James Version, “the imagination of man’s heart is evil from his youth.”

[14] Dr. King was not the first to use this image, and he set it in quotes to indicate that. The first documented use of it was by the mid-nineteenth century Unitarian minister and transcendentalist philosopher Theodor Parker. For a history see http://quoteinvestigator.com/2012/11/15/arc-of-universe/#note-4794-8 U.S. President Barack Obama also cited it in his speech on the fiftieth anniversary of Dr. King’s “I have a dream speech,” adding that the arc “doesn’t bend on its own.” http://swampland.time.com/2013/08/28/in-commemorative-mlk-speech-president-obama-recalls-his-own-2008-dream/

What are the connections between culture and conscience? - Mel Konner

What are the connections between culture and conscience? Featuring Mel Konner 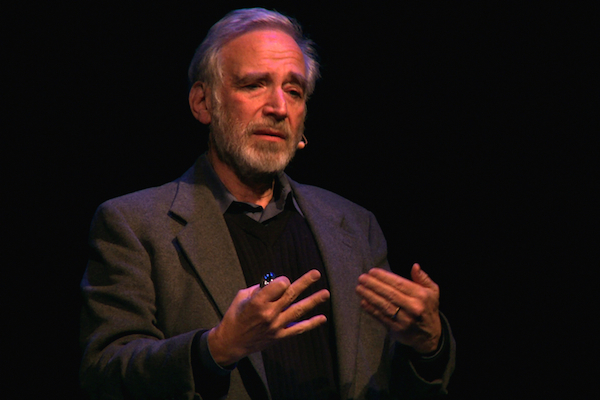 19:22
What are the connections between culture and conscience? Featuring Mel Konner
Read Melvin Konner's expanded response in our journal, Minding Nature

Melvin Konner teaches anthropology and behavioral biology at Emory University. He recieved his MD and PhD from Harvard, where he also taught. For two years he did field research among !Kung San (Bushman) hunter-gatherers of the Kalahari in Botswana. He is the author of eleven books including a seminal work in anthropology, The Tangled Wing: Biological Constraints on the Human Spirit.

13 Responses
From Questions for a Resilient Future

Mind and Morality: Where Do They Meet?

David Sloan Wilson on evolution and the human experience