I am not now, nor have I ever been a Freudian. But when it comes to the connection between culture and conscience, I think that—for a change, perhaps—Siggy was on the right track, especially after we add a non-psychoanalytic dose of evolutionary biology.

In his short but cogent book, Civilization and its Discontents, Freud made what for me is one of his most valid arguments. He proposed, in a nutshell, that human beings are stuck between two powerful but competing forces: an array of deep, troublesome, internal inclinations—including aggression and, not surprisingly, sex—which he designated the "id" (Latin for "it"), and an equally potent array of externally imposed rules and regulations, mandated by culture, which essentially require our species to rein in its id. The problem, as Freud saw it, is that a substantial part of human nature is encapsulated in that id, which, if allowed to proceed unchecked, is liable to generate no end of mayhem in pursuit of selfish, individual benefit.

Let's put this in evolutionary terms that Freud did not employ: insofar as natural selection has outfitted living things (human beings included) with behavioral tendencies that maximize their "fitness"—their success in projecting their genes into the future—the result, although potentially fitness-enhancing for the individuals involved, can be disastrous for society, making civilization difficult and perhaps impossible to live in. With individuals and their genes jockeying competitively for success (social, biological, sexual, evolutionary), the outcome for civilization is bleak. What's needed, therefore, are restraints on those id-driven tendencies. Another way of saying this: looking only to our biology, reflected in our most primitive, in-dwelling, id-powered psychology, human beings—like other animals—have very little conscience.

Enter, the civilizing effect of culture. It puts shackles on our nastier, more troublesome, biologically given tendencies—in effect, our inclinations to behave for our own selfish benefit, which is to say, without conscience. (Of course, culture does other things as well, but for the current topic, I'm focusing on its role as a mediator between the id and civilized life.) By ameliorating the worst and most disruptive aspects of our aggressive, sexually pushy, and insufficiently prosocial  nature, culture ultimately makes civilization possible. For Freud, this function of culture is analogous to the "super-ego" of norms inculcated by one's parents. Culturally mediated restraint also benefits the “acculturated.” Once a sufficient number of people internalize civilized norms of behavior, anyone who stands outside that system is liable to be shunned, incarcerated, even injured or killed.

The situation isn't altogether cozy and comfortable, however, because—according to Freud's analysis, at least—when people's ids are inhibited, the result is frustration and neurosis. So we are caught between the devil of an untrammeled id, ravenous and potentially self- and other-destructive, and the deep blue sea of submission to civilization's imposed conscience (i.e., self-restraint), with its accompanying emotional distress. Given that we have already gone quite far down the road of civilization and its amenities, we have no choice but to keep going, and make the best of things. 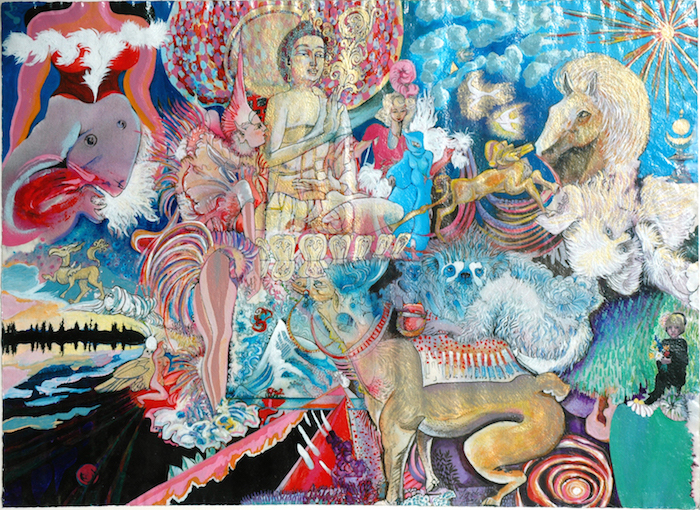 Don't despair, however. The view from evolutionary biology isn't so unrelievedly glum. Human beings—like all other social animals—also have deep-seated proclivities for cooperation and coordination. Inclusive fitness theory, for example, emphasizes that genes act to benefit themselves, notably identical copies of themselves residing in other bodies, which we call relatives. Offspring are thus simply a special class of such relatives; parental care and attention is just one example of genes looking out for themselves. When Richard Dawkins titled his justly influential book, The Selfish Gene, he was entirely correct, although he could with equal accuracy have called it "The Altruistic Gene," since much of the time, genes act "selfishly" by aiding others. What is selfish at the level of genes can therefore emerge, paradoxically, as altruism at the level of bodies.

Much of our behavior is thus predisposed toward other-directed benevolence, to a degree that would have surprised the good Professor Freud. Even here, however, culture has a crucial role to play, in part because our all-too-human penchant for aiding kin (i.e., nepotism) can itself become a problem if carried too far. So we need culture to restrain our gene-focused altruism by inculcating rules whereby our tendency to be nice to our relatives doesn't metastasize into being unfairly nasty toward everyone else!

There are other ways in which evolutionary biology has predisposed us to altruism and benevolence, either directly by generating a prosocial conscience or inducing what's already there to be more overt. Biologists now recognize, for example, that people are substantially influenced by the prospect of reciprocity: essentially, you scratch my back and I'll scratch yours. An important cause of a “bad conscience” is when someone does you a favor and you don't reciprocate. This is evolutionarily relevant since natural selection would tend to favor individuals who “cheat” in such exchanges—as modeled, for example, in the famous Prisoner’s Dilemma. And if lots of people cheat, then reciprocating systems such as gift-giving, economic trade, even many friendships would fall apart. This provides a payoff for culture to induce us to feel a sense of obligation toward fairness in our interactions with others, tweaking our conscience if we behave otherwise and thereby encouraging us to be good reciprocators.

Freud and Darwin have given us a lot to consider, but what can we learn about conscience from the Buddha? I have a special fondness for Buddhism, particularly its more recent manifestation as “socially engaged” rather than meditatively withdrawn from our responsibility to the world around us—a world to which we are genuinely (that is, biologically) connected. Buddhism's many teachings include recognizing each person's “Buddha nature”—which notably involves recognizing our inter-connectedness with all other beings—and encouraging its emergence and flowering. This is supposed to result not only in personal enlightenment but in the kind of social and ecological conscience that induces followers to act for the “benefit of all sentient beings.” It's not clear to me that our inner nature is so one-sidedly benevolent. As argued above, there are aspects of human nature that are downright troublesome and conscience-free, and which therefore need to be corralled by prosocial, civilizing culture. Other parts are worth embracing and nourishing. Put it all together and you get that complex, contradictory stew that is humanity, seasoned with culture to inculcate conscience while simultaneously struggling against some of culture’s more troublesome influence. Maybe that's our true Buddha nature.

Professor of Psychology - University of Washington

David P. Barash is an evolutionary biologist and professor of psychology emeritus at the University of Washington. His most recent book is Through a Glass Brightly: Using Science to See Our Species as We Really Are, to be published summer, 2018 by Oxford University Press.

Melvin Konner
Mind and morality: Where do they meet?

Sharon Salzberg
From Questions for a Resilient Future

Li-Young Lee
Mind and morality: where do they meet?