Conscience is the unique human faculty enabling us to observe, criticize, and inhibit or counter urges in us that we recognize as contrary to our ethics; failure to heed conscience results in the painful experiences of shame and guilt. How is conscience related to culture?  If we recognize that conscience is the inner voice of the norms of the group we live in, and that culture is the channel of information, parallel to the genetic channel that forms us as organisms, binding us with others into a wider society, then it follows, as I will show, that culture and conscience are actually the same thing: our conscience is the voice of society within us, and culture is the medium conveying that voice.

Evolutionary theory holds that genes, embodied as the phenotypes (physical traits) they help to construct, are regulated by the principle of inclusive reproductive fitness. That is, those genes that produce phenotypes that procreate most successfully are preserved by natural selection relative to ones that result in fewer offspring. The “inclusive” part of this principle allows for the genes and their phenotypic carriers—for the purpose of our discussion, humans—to expand their horizons beyond pure individual self-interest, since copies of the same genes may be found in genetically closely related individuals such as parents, children, and siblings. The survival of these shared genes serves the principle of maximizing an individual’s reproductive fitness since a number of identical genes have “programmed” these related individuals. Since the principle of inclusive fitness posits that individuals will favor only their own reproductive interests and those of their close kin, how do we explain the widespread cooperation of a social species, like our own?

In my book Mixed Messages: Cultural and Genetic Inheritance in the Construction of Human Society, I argued that the development of a second channel of inheritance—the cultural channel—enabled a wider range of prosocial behaviors.[1] Humans are born without adequate information from their genes about how to live. The genetic information that determines behavior in other species is incomplete in humans and must be augmented by information carried in the symbolic systems maintained by the sociocultural community in which we live. The cultural channel of inheritance enables our species to adapt almost limitlessly to new environments and unprecedented situations without having to go through the cumbersome process of evolving new genetic adaptations over several generations. An innovation carried in the cultural system can be acquired in a matter of minutes.

The genetic information necessary to produce a new viable human organism can only be transmitted (at least until the recent advent of new reproductive technologies) by copulation between two sexually mature individuals of male and female sex. Cultural information, by contrast, which is disseminated through the airwaves in public space available to the senses, can be disseminated to any number of people, regardless of sex, at once, limited only by the available communication technology. This means that those people who share cultural information are kin in the same way that genetic kin are related: their characteristics have been constructed through similar information and instructions. Someone who speaks my language, or who belongs to the same religious system as me, is thus a “kinsperson” in just as valid a way as my sister or child—indeed more so, since the principle of inclusive fitness at the cultural level extends beyond the narrow genetic “nepotism” usually implied by the biological principle of inclusive fitness. I can feel at one with my fellow nationals or co-religionists in a way that allows for the formation of cooperative groups extending far beyond the immediate family. 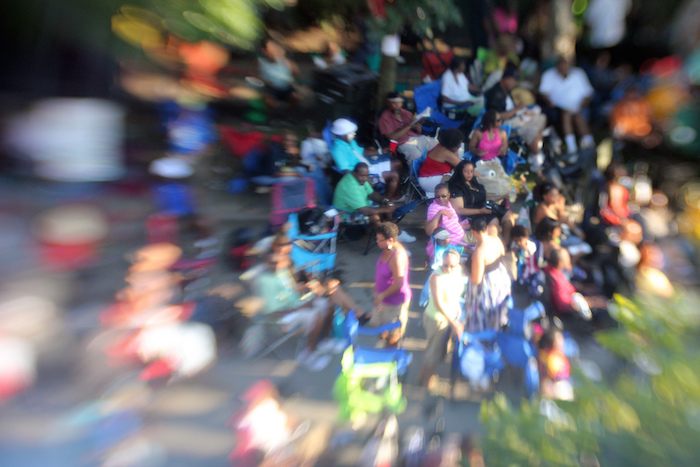 If this were all there was to human life, however, and we were nothing but “culturally constructed” beings, there would be no conflict between individuals and their society. But this is manifestly not the case. The reason is plain: humans must continue to reproduce genetically to repopulate their sociocultural systems, and, in this arena, the principle of genetic inclusive fitness and the competition it entails always threatens to reassert itself; it poses a threat to the stability of the cultural system. It is essential therefore for human social systems to employ cultural, symbolic means to constrain, counter, and offset the centrifugal tendencies inherent in the genetic system.

The cultural system, which reproduces itself by the dissemination of symbolic information, creates a public arena in which symbols are displayed and enacted and in which the behavior of others is observable by those participating in this arena. It is in this arena that the distinctively human emotions of pride and shame, honor and disgrace are experienced as forms of social control. Public approbation or disapproval regulates the behavior of human actors by producing narcissistic rewards for living up to group expectation and dysphoric feelings of humiliation and guilt from being observed as too selfish and not group-oriented enough.

Thanks to what is in all likelihood an evolved tendency toward prosociality alongside our innate disposition to act on inclusive genetic fitness principles, acquired over eons of life in social groups, humans learn to internalize the norms and values presented to them in the public arena. This internal image of what a good group member is supposed to be and act like is what we call “conscience,” what Freud called the ego ideal and the superego, and what Lacan called the Big Other. It is typically first instilled in us by our earliest interaction with our parents and other significant caretakers, and then generalized to the sociocultural group(s) to which we belong.

Our individual conscience is made possible by our immersion in and internalization of our society’s symbolic rules, first and foremost those regulating reproduction, such as incest taboos and rules about legitimate marriages. Our conscience—that is our “knowing together”—is the collective law embodied in us. It is enforced by the fact that the individual is weaker than the combined power of the group formed by these rules. Thus, it is literally the case that culture is conscience; it is the group and its norms in us.

[1] Paul, R. (2015). Mixed Messages: Cultural and Genetic Inheritance in the Construction of Human Society. Chicago: The University of Chicago Press.

Robert A. Paul is Charles Howard Candler Professor of Anthropology and Interdisciplinary Studies at Emory University. His most recent book, Mixed Messages: Cultural and Genetic Inheritance in the Evolution of Human Society was named one of the twelve “best reads” in science for 2015.

Melvin Konner
From Questions for a Resilient Future

12 Contributor Responses
What does it mean to be human?