How far should we go to bring back lost species? This is not a question with a right answer. This is a question about values. Values guide our responses both to desirable things or states and to ways of acting: in other words, values direct our ends and means. What is the value of bringing back a lost species? And how do we evaluate the potential strategies that might be employed in bringing a species back?

The value of any species is complex and multidimensional. It can include intrinsic, biocentric, and anthropocentric values. Intrinsic value means that the species has value in and of itself; it is sufficient for the species, say a honeybee, just to exist. Biocentric means that the species has value for its contribution to a healthy ecosystem, as a honeybee might perpetuate various plant species through pollination; and anthropocentric refers to a species’s worth to humans, such as the honey or the pollination services that provide economic value. (These values are, of course, neither mutually exclusive nor independent.) So, how do these various values combine to determine our end choices when preserving biodiversity?

Many people feel that natural entities have intrinsic value. The intrinsic value of nature was rated as a far more important reason for conservation than nature’s value to humans, in a survey I recently conducted among conservation scientists. Only one respondent wanted to prioritize the conservation of species that were useful to humans, whereas 141 respondents said all species were equally deserving of our conservation efforts. The potential biocentric value of a species to an ecosystem can only be speculative, but an estimate of that value could be based on sound scientific models.

The value to humans is harder to fully describe and goes well beyond straightforward ecosystem goods and services. One of the arguments that has been made for bringing back lost species is the benefit this act of re-creation would have for humans, who will feel inspired and motivated by this exception to the toll of species extinction. Remember the excitement at the thought that an Ivory-billed Woodpecker had been spotted?[1] It’s hard to deny the thrill that would come from seeing a species that we thought was gone for good. Other sources of value to humans include aesthetic appreciation and emotional delight, perhaps even moral uplift. Stephen Kellert has catalogued a wide range of ways in which people value nature, including the opportunity for scientific discovery, the relationships we form with animals, and the fact that nature is simply interesting.[2]

If a list of relevant values could be compiled, they could be assessed and quantified. Such an analysis would not be limited to financial factors; economists have made great strides in incorporating social and cultural values for environmental entities into their models, and we could compile a detailed estimate of the scope of potential benefits that a species provides. But to decide whether bringing back a species is a good idea, the analysis needs to include the costs.

Consider the fundamental principle of medical ethics: first, do no harm.  Because reviving lost species is an active rather than passive response to the loss of biodiversity, the possibility of doing harm should be a serious deterrent.  There could be unintended consequences of the action that would be harmful to existing species or ecosystems. Ecosystems evolve and adapt to changing circumstances, and a lost species would not be returned to the exact ecosystem from which it vanished. There could be new competition for the resources that the lost species requires; alternatively, there could be no competition, and the returned species may proliferate dangerously or decimate its food source—or both.

There are also economic costs to consider. The resources and effort that would be devoted to bringing back a species would not be available for other worthy causes. Would we slight the protection of an inconspicuous songbird in order to revive the dodo? We’d be making value judgments, even more than we do now, about which species we want to have around and which ones don’t matter. 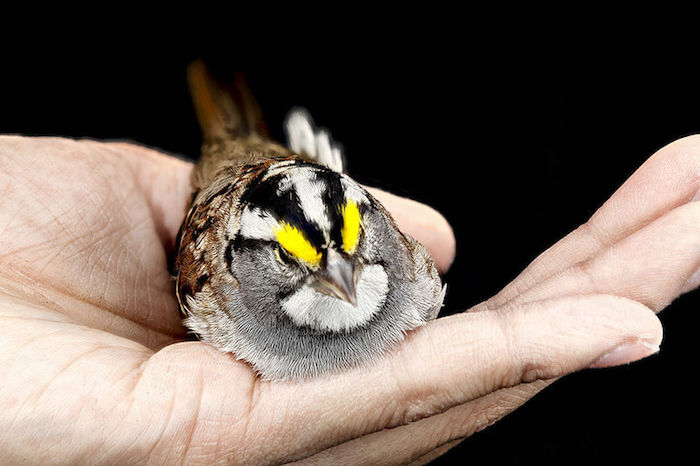 A more subtle danger is that, in addition to changing ecosystems, reviving a species could change attitudes. By suggesting that we have some control over the species that exist and are not limited to the biodiversity currently available, de-extinction may decrease the value of existing species, reducing the public commitment to conservation. This is the moral hazard argument: the idea that we may act more recklessly because we think we have a mechanism in place to mitigate any damage.

Even more powerfully, reviving a species may change the ways in which we think about ourselves. Frankenstein has long served as a cautionary tale of scientific hubris, implying that dangerous consequences result when humans engage in reanimation. But Frankenstein’s story does not explore the likely results if the experiment had been a success. If Dr. Frankenstein had succeeded in creating a beautiful human, wouldn’t he have gotten a little cocky? If we were to successfully reintroduce species, we’d feel pretty full of ourselves—as though there were no limits on what we could accomplish. It seems to me that an over-valuation of our own importance is the attitude that got us into the ecologically precarious position in which we find ourselves.

Which brings us, I think, to the question of means. What are acceptable actions in order to restore a species? Do we feel okay about translocation, but queasy about genetic manipulation? What if the action to restore a species involved potential harm to human life or property? Our evaluation of these strategies is based in part on intuitive moral judgment, a feeling that the things we do have implications for the kind of people we are. These moral judgments are necessarily “correct,” but they suggest that the implications of a behavior should be closely examined.

Our intuitive responses are slippery, subjective, and not always easy to justify, but this doesn’t invalidate them.  It means that we should be suspicious of easy answers, ones that seem to find clarity in a single source of value. Answers to the question about reviving lost species should be evaluated not for how “right” they are, but for how thorough they are.

What do we value? Species, especially lost and charismatic ones, and the potential to save them. But we also value the idea of a wild nature that is beyond human control and the virtue of humility. John Muir reminded us, “When we try to pick out anything by itself, we find it hitched to everything else in the Universe.” Bringing back a lost species would affect a lot of other things that are connected, including ourselves.

[1] See http://www.birds.cornell.edu/ivory/more_info/updatedarchive/document_view for a compilation of news articles on the Ivory-billed Woodpecker.

Who Benefits from Heroic Attempts to Save Species?

Ronald Sandler
How far should we go to bring back lost species?

De-extinction: A Tale of Two Visions