It’s our fault that this unique, amazing, beautiful species is at risk, so isn’t it our responsibility—our obligation—to fix the situation? To prevent it? To make up for it? To do something? This is a common response to human-caused species loss. It seems like basic ethics that if we do something wrong or harmful to others—especially when they have done nothing to deserve it—then it is our responsibility to make amends.

The background (historical) rate of extinction is estimated from the fossil record to be less than one out of a million species per year. Assuming that there are approximately ten to fifteen million plant and animal species on Earth, this means that a “normal” amount of extinctions would be less than fifteen species per year. Instead, the current extinction rate is estimated to be thousands per year and increasing due to habitat loss, invasive species, pollution, extraction, climate change, and other human activities.

We could significantly reduce these losses by reining in our activities and redressing some of the damage we have already done. For example, we could remediate pollution, restrict future discharges, protect and restore habitat, eliminate destructive extraction practices, and mitigate our greenhouse gas emissions. However, even if we were to do these things, many species would be unable to recover on their own. In some cases—like the Passenger Pigeon, Golden Toad, and Thylacine—species are already gone. In other cases—like the Polar Bear, Yangtze River Dolphin, and Iberian Lynx—the ecological changes that threaten them cannot be reversed, their populations are already too reduced, they have very restricted ranges, or they depend on very particular ecological conditions to survive. 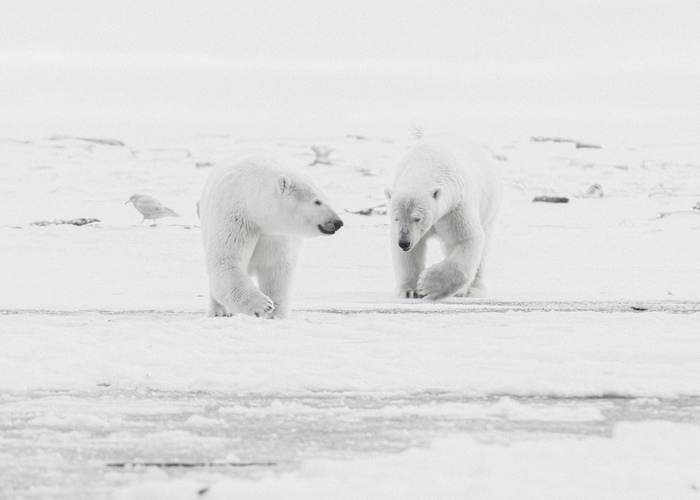 Therefore, for many species, saving them from extinction caused by us will require significant intervention from us. We will need to translocate them (assisted migration), create conditions suitable for them (ecosystem engineering), increase their populations (captive breeding and cloning programs), and reconstitute them (de-extinction). Even if we do not want to do these things, even if we have reservations about them, it seems that we have a responsibility to do them to prevent as much human-wrought biodiversity loss as possible.

But the tragedy of anthropogenic species loss is in some respects even worse than it appears. Consider these proposals that have been made for “saving” the Polar Bear: air drop supplemental food, translocate a population to Antarctica, maintain populations ex situ (e.g. in zoos), and freeze their tissue so that we have genomic material with which to recreate them later, should we decide it is appropriate.

None of these actions would save the Polar Bear. Some of them might keep Ursas maritimus in existence but that is not enough. What is valuable about Polar Bears is their distinctive form of life: the way in which they hunt, travel, den, and generally make their way through the world. How they are situated ecologically and evolutionarily is crucial to why we should care about them in the first place. Polar Bears are valuable—both in themselves and to their ecosystems—when they are roaming the Arctic, not when they are in managed enclosures (or when terrorizing penguins). None of the proposals for “saving” the Polar Bear maintains the crucial ecological and evolutionary relationships, so none saves what makes Polar Bears wonderful and awesome.

This is the deeper tragedy of the anthropocene. When the threat to the species is a combination of irreversible changes to background ecological conditions, not only are we at fault for endangering the species, but we also lack the capacity to truly save them even with our most heroic efforts. We have made the planet inimical to their form of life and cannot recapture what matters most about them. In some cases, the most justified thing for us to do for the nonhuman environment might be to let the species go, especially when our interventions to save them come with considerable ecological risks, potential harms to individual animals, and opportunity costs.

Polar Bears ex situ are not devoid of value. They have economic value, since people will pay to see them. They have recreational value, since people enjoy watching them. They have scientific value, since we can study how they develop and behave out of the wild. But all of this is primarily value they have for us—our curiosity, our recreation, and our conscience. Similarly, if researchers bring back the Thylacine, it will not be so that it can play a crucial ecological role, since its ecosystem is so changed and there likely would not be a viable independent population. We would bring back the Thylacine because it would be an amazing techno-scientific achievement, would have symbolic significance, and people (myself included) want to see a living Thylacine.

While it seems like assisted colonization, de-extinction, Pleistocene re-wilding, and conservation cloning are ways for us to make up for the harms that we have done (and continue to do) to species and ecosystems, they are instead primarily about us. These actions are about the species that we care about, the ecological future that we prefer, the feeling that we must do something (anything!), and the ingenuity and creativity of which we are capable.

This does not mean that heroic measures to conserve species are never justified. I have argued elsewhere that under some conditions they can be.[1] But it does mean that there is not the moral imperative, frequently claimed, to pursue these actions. Very often, these interventions are more for us than for the species we would save or bring back. If we really want to take heroic steps to save species, the best way—by far—is to change our lifestyles and our eco-social systems, which put so many species in peril in the first place.

Ronald Sandler is a professor of philosophy in the Department of Philosophy and Religion, a researcher in the Nanotechnology and Society Research Group, and a research associate in the Environmental Justice Research Collaborative at Northeastern University. His primary areas of research are environmental ethics, ethics and technology, ethical theory, and Spinoza.

Stanley A. Temple
How far should we go to bring back lost species?

De-extinction and Conservation Genetics in the Anthropocene