Consider two different narratives for thinking about extinction reversal for species such as the Passenger Pigeon or Woolly Mammoth. Think of it first as simply a remarkable technological achievement, a chance to show just how far genomic technologies can take us. Applaud the audacity of deciphering and recreating the full DNA sequence of a lost species; the chemically encoded character of pigeon-hood or mammoth-dom decisively cracked and the genome painstakingly rebuilt through human ingenuity. The narrative intoxicates. De-extinction allows us to prove our chops at things that only gods used to do, as Stuart Brand might observe. For this reason some have called it “resurrection ecology.” Anthropogenic extinctions have, till now, felt like a blot on our soul. The ability to recreate a life form would seem to give the raw excitement of the technological endeavor a healthy shot of moral legitimacy. The website Revive and Restore suggests it would be a “suitable and extraordinary twist to the story of the Passenger Pigeon.” Thanks to our skills, we could re-write a melancholic tale of loss and despair as a much more satisfying story of technological prowess and moral restitution.

Think now of de-extinction in a different light. Think of it as another step down a path of increasing human manipulation of the earth and its systems, a step in which humans, for the first time, manage to reverse what used to be a fundamental Darwinian truth about speciation and evolution. Not content with merely transforming ecological systems to fulfill an endlessly growing reservoir of needs and desires, humanity now concentrates its attention on transforming, restoring, and creating the essence of life itself. An explosion of knowledge at the nanoscale makes reading, adjusting, and even rebuilding life forms possible through incredibly precise interventions into the chemistry of life. Nature, and the respiring, photosynthesizing, and mutating forms contained therein, no longer originates in bio-chemical processes operating independently of us but becomes part of the realm of human endeavor. The biosphere would here take its most decisive step into the technosphere. Welcome, one might say, to the Anthropocene.

These two differing visions capture just a tiny sliver of what is divisive about de-extinction. One vision contains an uplifting account of human potential and possibility, the other offers a cautionary tale about exceeding boundaries and crossing moral lines in the sand. Each vision has legitimate complaints to make about the other. In one case, the complaint might be, hubris causes humans to erroneously view themselves as virtually omnipotent. In the other, humanity sees itself as shackled by an unnecessary and debilitating image entirely of its own making. The truth is clearly more ambiguous than this bifurcation suggests. We are at the same time both powerful and constrained. We are both part of nature and separate from it. We are both killers and creators. 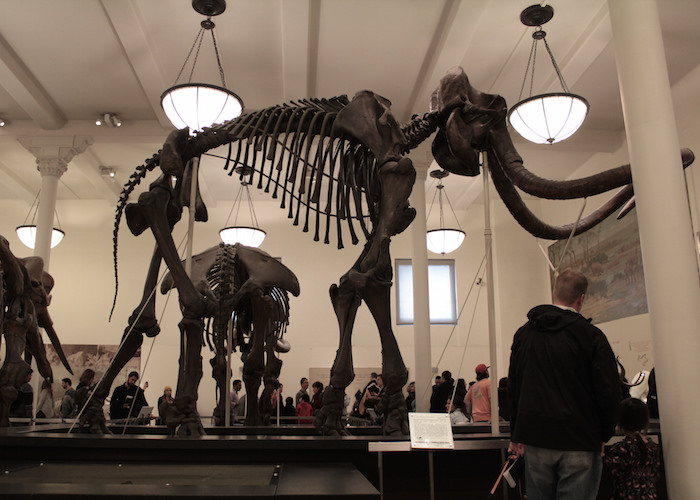 Surrounding these two competing visions are the numerous scientific and ethical questions that have tended to form the heart of the de-extinction debate. Would the revived Passenger Pigeon really be a Passenger Pigeon or would it be some kind of inauthentic hybrid? Would the restored creature be able to find a suitable ecology in which to live and breed? Would it outcompete existing species for forage or destabilize ecosystems? Would it suffer pain in the process of being subject to our experiments with life? Would the ability to reverse extinction distract us from more important conservation priorities? These are all good questions that require the attention of ecologists, animal welfarists, and other interested communities.

But backing away from the scientific and ethical questions that tend to occupy the foreground, we can see that the two visions capture two different approaches towards moral questions. The first looks entirely within humanity for guidance. It focuses upon our ingenuity, our mistakes, and our potential to make good. It is an account that asks us to secure a worthy destiny for ourselves. It casts us as fallible but redeemable through our ingenuity. We can make good on our mistakes and make amends for even our gravest of errors. It asks us to fulfill our potential and to excel.

The second seems less obsessed with humanity in its own right and finds morality located somewhere outside of us, or at least in the in-between. It suggests the need for a certain type of relationship between humans and the environing world. It recognizes limits. It proposes that there is such a thing as “right relation” and some searchable answers to the lasting mystery of how to act with regards to the life and land that surrounds us. It asks us to question just how far our knowledge and the meddling it permits should be extended.

Distinguishing these two approaches does not itself answer the moral conundrum about de-extinction. Nor are the two approaches entirely exclusive of each other. One of them, however, travels a path that seems to me more dangerous than the other; the vision focusing on human ingenuity runs the risk of cutting us adrift. If we look only inside of us for guidance on how to interact with the surrounding world we find no foil against which to evaluate our choices, no resistance that might set boundaries or limits, and no honest acknowledgment of an exteriority upon which we might gaze in awe. The focus is too much on us.

If, alternatively, we look outside and ask questions about the right relationship to what exists independently of us, then, at the very least, we are compelled to score our actions in relation to something separate from us. If we take this path, we insist that the biosphere is not something contained entirely within the technosphere but remains something of its own kind with its own integrity. Figuring out how to place ourselves in proper relation to it becomes the heart of the moral quest, just as placing ourselves in proper relation to other people is our objective when we think of morality between humans. We see ourselves as necessarily bound into an essential and ongoing dialogue with something. This sort of dialogue lies close to the core of morality.

The ethics of de-extinction is obviously complex. As we inspect the many different pieces that coalesce to make it such a puzzle, we might do well to think of these pieces not exclusively as questions about human possibilities and risks but as questions about how to place ourselves in relation to something that necessarily exceeds us. The moral quest remains a search for a proper place in the biosphere. For it is on this earth that we exist and must continue to do so, alongside a wondrous plenitude of species, both living and dead.

"American Museum of Natural History" by Katie Thebeau. (CC BY 2.0)

Dr. Christopher J. Preston teaches and writes in environmental philosophy at the University of Montana, Missoula. Raised in England and now living in Montana, he has particular interest in the idea of “sense of place.”

BK Loren
How far should we go to bring back lost species?