Like cities, coral reefs pulse in a frenzy of activity. Residents of these diverse habitats find food, shelter, and mates within their structures. Weary travelers find respite in their outcroppings—oases from the open sea. From the tiniest snapping shrimp to the largest whale shark, coral reefs are sanctuaries for life’s exuberance. In reefs as in cities, each individual plays a role that can affect how the ecosystem functions. The key to success is finding harmony in heterogeneity—unity in diversity. 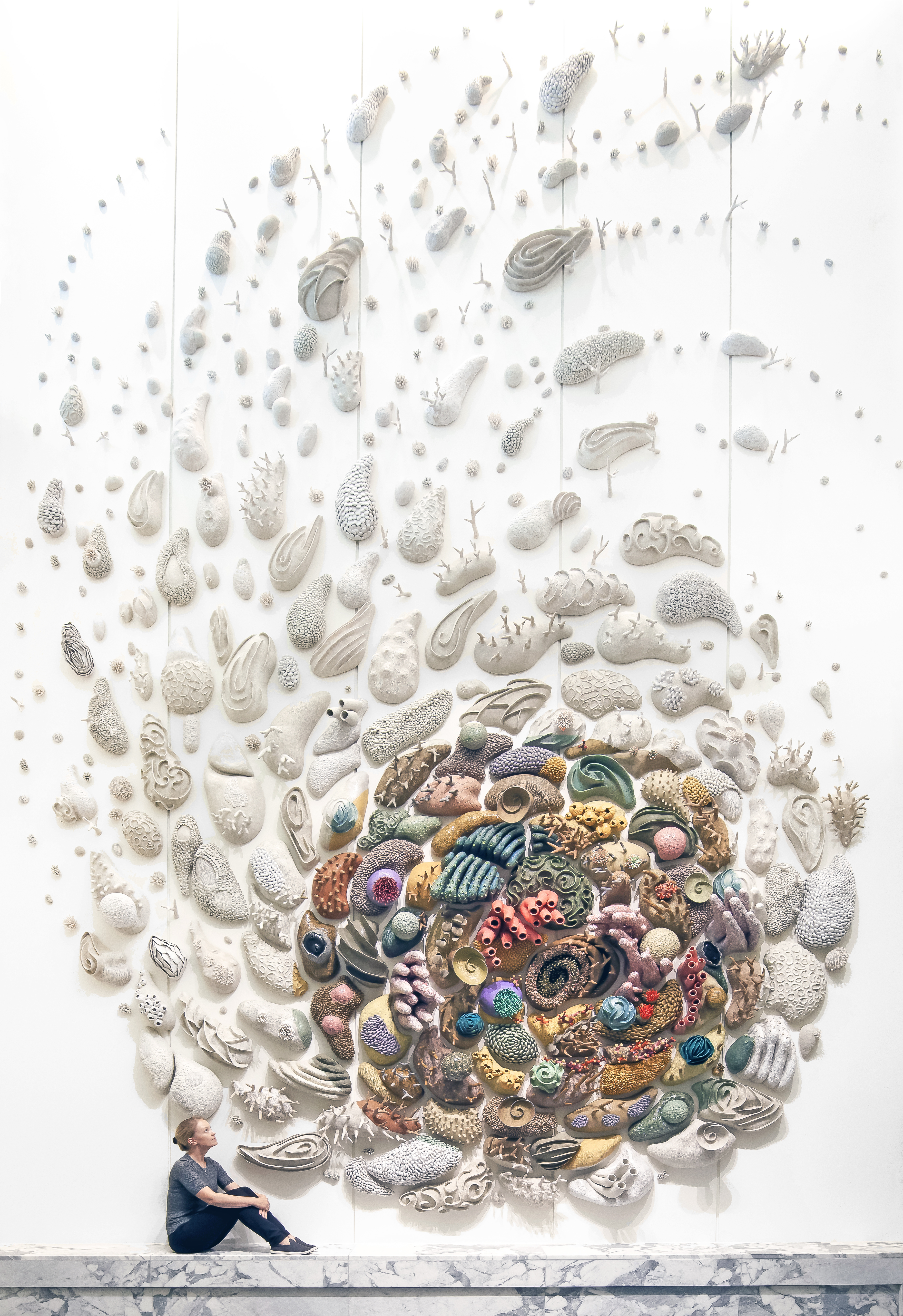 Indonesia lies at the heart of the Coral Triangle—the “Amazon of the sea.” With more invertebrate species than anywhere else on the planet and nearly four thousand species of fish, this exceptional region provides food, livelihoods, coastal protection, and joy to nearly 400 million people across six countries. Indonesia’s archipelago of over seventeen thousand islands is a keystone for this rich ecosystem, with the health of its human population directly linked to that of the reef. Yet today it faces unprecedented threats.

Corals are so sensitive that the slightest change to the temperature or chemistry of surrounding seawater can cause rapid devastation. Sea temperatures warmed by climate change stress corals, forcing them to lose the colorful algae that live within their tissues and provide an important food source, which causes them to “bleach” white and starve. Corals can recover from bleaching if threats subside quickly, but bleaching most often leads to coral death and reef erosion—like a city going bankrupt and leaving its buildings to crumble.

Without our help to mitigate climate change, pollution, and overfishing, scientists predict that the world’s coral reefs may cease to function as ecological wellsprings for marine life by the end of this century. Indonesia’s share of the Coral Triangle—with greater biodiversity, health, and resilience than any other reef system on Earth—may be the last bastion of hope for a future with healthy oceans. 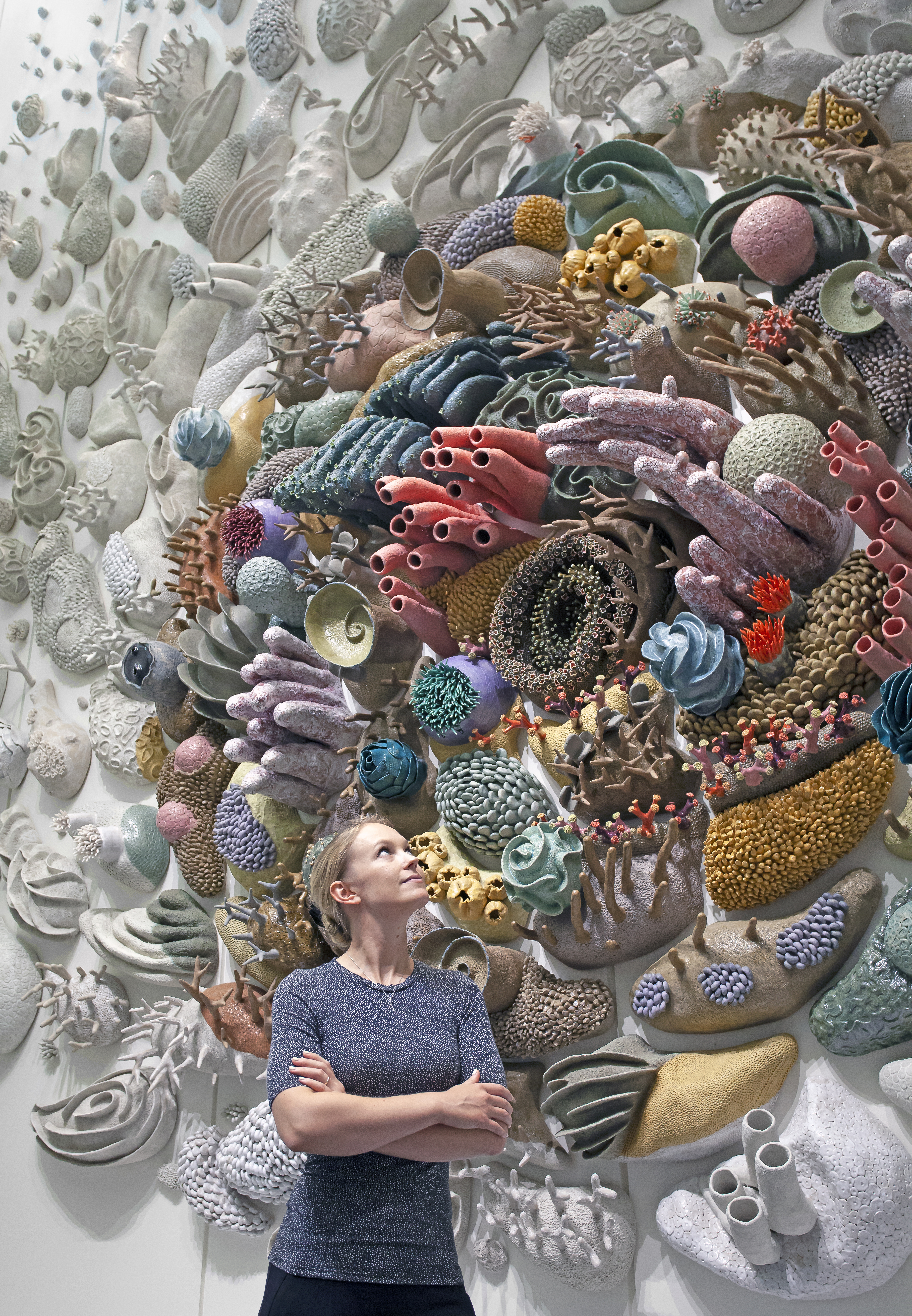 Confluence (Our Changing Seas V) pays homage to Indonesia’s coral reefs and the value they provide to Indonesians and the world. I hope that the idea of creating such a monumental, intricately hand-detailed ceramic coral reef sculptural installation inspires a sense of excitement in viewers about the connections we share to reefs while empowering individuals and policymakers to act to conserve.

It feels essential that the medium of this work be ceramic, as calcium carbonate is both a common ingredient in clay and glaze materials and the substance precipitated by reef-building corals to form their stony skeletons. Not only does the chemical structure of my work parallel that of a natural reef, but brittle porcelain anemone tentacles and stoneware coral branches break easily if improperly handled, similar to the delicate bodies of living reef organisms. Using simple tools like chopsticks and paintbrushes, I enjoy feeling like a coral, patiently and methodically constructing large, delicate, stony structures that can change an ecosystem.

This site-specific installation celebrates the fragile beauty, diversity, and value of Indonesia’s vibrant reefs while highlighting the human-caused threats they face. Corals, anemones, sponges, and other reef-dwelling invertebrates coalesce into a cyclone-like spiral with colorful healthy corals at the eye of the storm, their tentacles and branches dancing in the current. Toward the edges and tail of the swirling constellation, corals sicken and bleach, exposing their sterile white skeletons—a specter of what could be lost from climate change. Yet at its heart the reef remains healthy, resilient, and harmonious.

It is possible for coral reefs to recover even from the point of bleaching if we unite and act quickly enough to decrease the threats we impose. Perhaps if more people appreciate Indonesia’s spectacular reefs, we will act more wholeheartedly to preserve them for future generations. 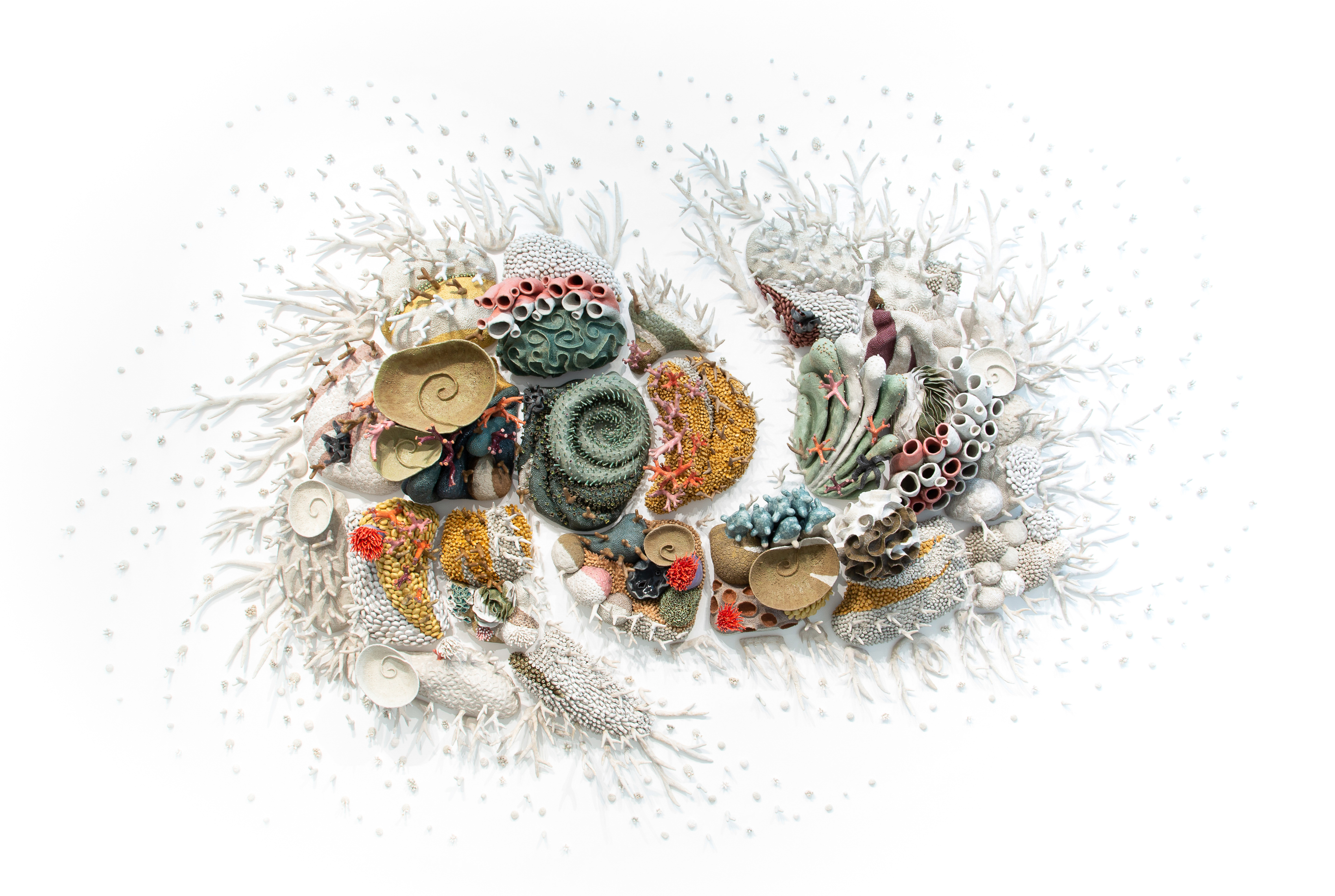 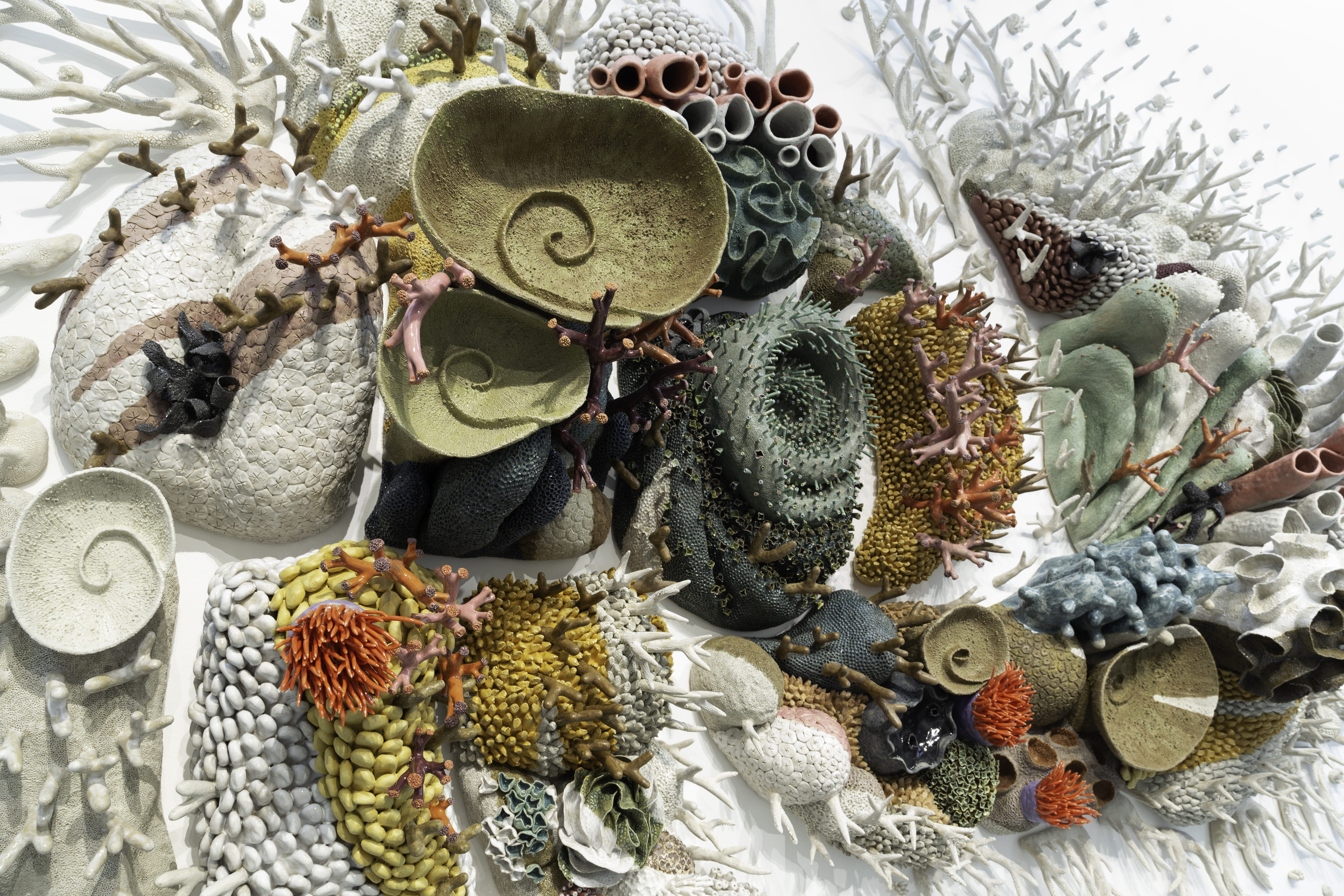 Courtney Mattison creates intricately detailed ceramic sculptural works inspired by the fragile beauty of coral reefs and the human-caused threats they face. Her work raises awareness for the protection of our blue planet, urging policy makers and the public to conserve our changing seas. See more at courtneymattison.com