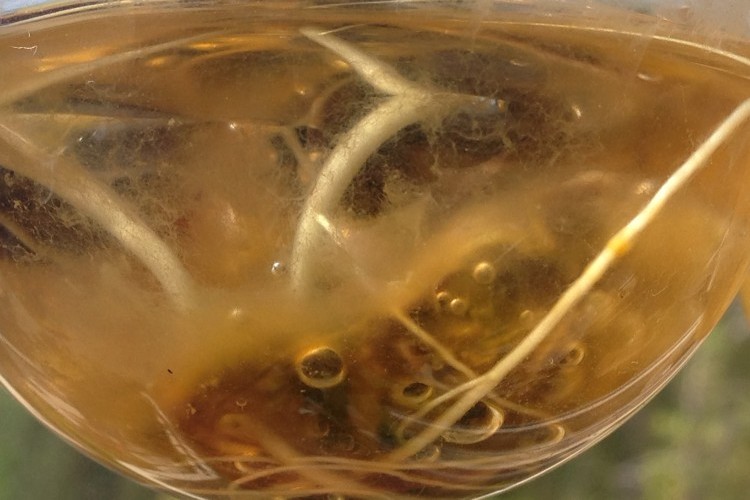 They built the city overnight. Vesicle highways spin through polysaccharide tunnels; a mucin wall protects living units that are stacked thousands high, reaching towards sun energy and snaking horizontal at times in an elaborate network of urban processes. In this city, billions of almost identical individuals work together, dividing tasks—some protect from predators or invaders while others process energy into food. This is the city that truly never sleeps: signals fly across membranes, coordinating intricate collaborations and telling the population when it is clear to double. Again and again and again.

We encounter these overnight cities often. Sometimes they manifest as the pink blob in yogurt that has been left open too long. Sometimes they fuzz over a forgotten orange. At the worst times, we put our fingers into the city that is the slimy film covering the standing water in a forgotten container under the kitchen sink. These cities are the bioformations that single-celled microbes—from protists and eukaryotes, such as yeast, to prokaryotes, such as bacteria—form in their quest to claim an environment fit for habitation. 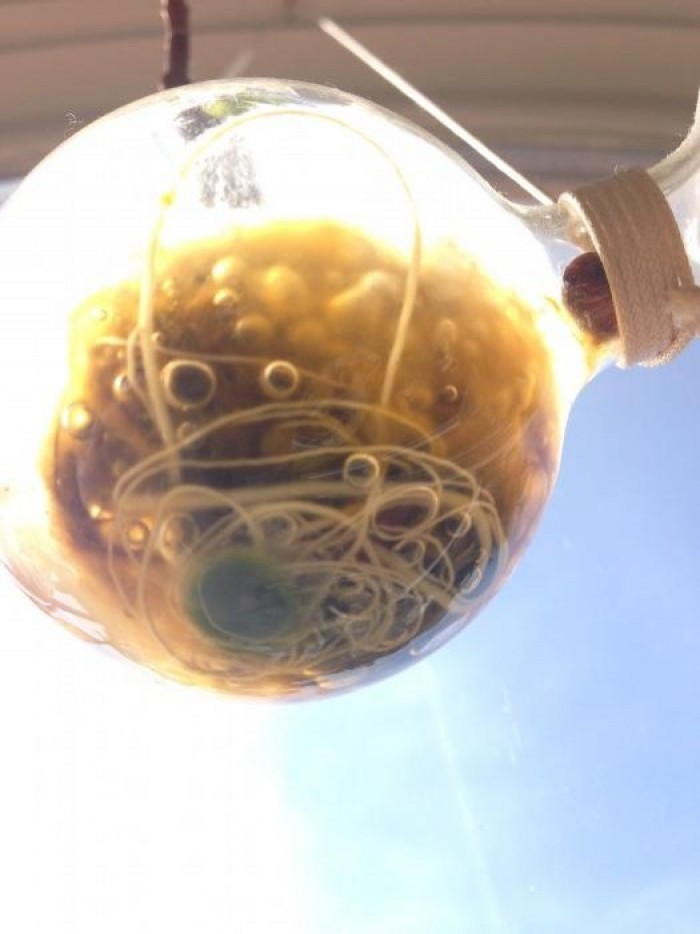 For many years, I have studied these miniscule creatures in one of their favorite places to build a city: the human gut. But microbes live everywhere: soil, tree bark, the leaking sewer pipe, lakes, rivers, oceans, that gooey slime at the trolley station, the crooks of our elbows, the napes of our neck, around the seams of our showerheads. We cannot touch or move without interacting with millions of microbes. Despite the hand sanitizing stations in hospitals, airports, and office buildings, nothing in the natural world is truly sterile. We breathe microbes, eat microbes, see through an invisible miasma of microbes. Those of us who live in cities actually live in a city within another city. And this invisible city shapes humanity in ways we are just starting to figure out.

In many ways, the way we build our cities and sustain a population is very similar to our microbial counterparts. We both know how to eke every available resource from an ecological niche, and when the time comes, we can even expand into other niches; for them it may be a shift from ocean seaweed to the human gut, for us it may be from desert to frozen volcanic field. Like us, microbes construct an urban center with suburban sprawl as other organisms utilize the waste from the city to build their own communities, creating expanding circles of impact on the world around them.

Microbes are opportunistic. They will find a way to exploit any nutrient or real estate that is available, often dying as quickly as they build. As urban animals, they find safety in numbers. That pink colony in our yogurt is just a small outpost in microbial civilization that spans the globe and sinks miles below sea level.

Biofilms are the big city—the New Yorks and Mumbais of their world. Slimy and rank, we bleach them at once because they are so gross. But hidden inside is a complex interaction where even genetically identical cells can specialize, making sure that oxygen flows from the outside and nutrients flow from within. Biofilms offer protection from attacking viruses like a wall does for a city (though some viruses have developed the ability to stab through biofilms). They allow the maximum number of cells to thrive in limited space. For a moment, imagine the biofilms in our guts: densely packed urban centers built along a nutrient rich river. Sound familiar? 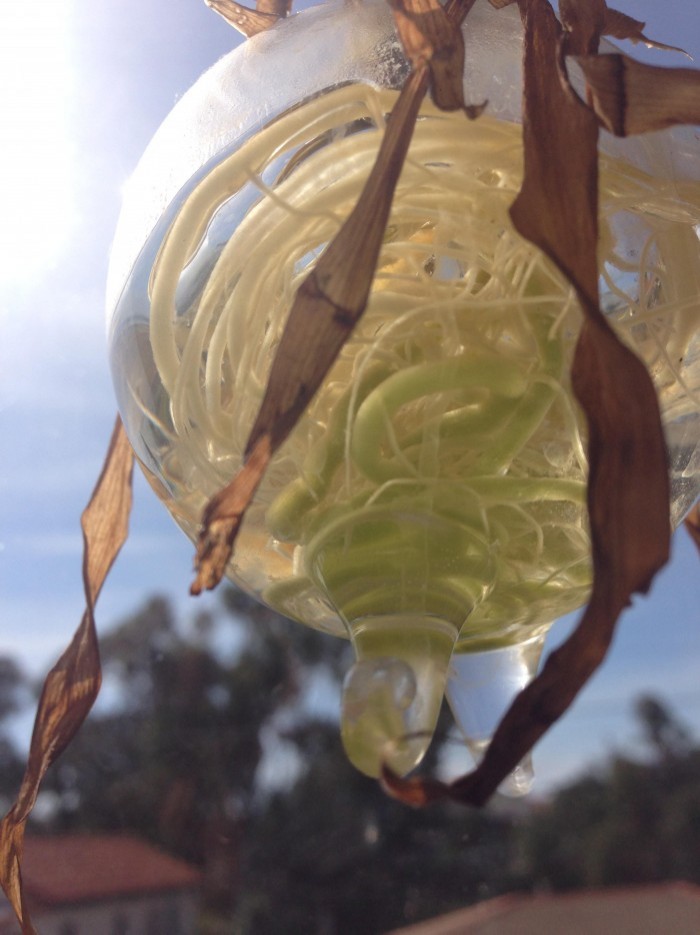 It doesn’t matter whether the river is the Nile, the Mississippi, or the intestinal tract, a burgeoning population using all available resources impacts the surrounding environment. Without checks and balances, an ever expanding population will inevitably change the world around it—often for good, such as the terraforming of our guts done by resident microbes, which teach our immune cells who is friend and who is foe; or the rich, hot breakdown of rotting food into dark compost. Sometimes the rampant consumption harms; think of speckled mold creeping inside walls or a run-amuck case of food poisoning.

Growth and consumption must be balanced with giving. Unlike microbes, we have the ability to see the consequences of our actions, note the places where exploitation of energy sources is harming the world around us. By looking at these mini-cities, we can see ourselves mirrored; see the consequences of unchecked expansion in rapid collapse. But we can also see the miracle of creation. Fantastic structures stretching far into the sky.

For those interested in further exploring microbial worlds, the following are recommended by the author.

...and an article by him: http://www.yourwildlife.org/2015/08/the-first-national-inventory-of-all-household-life-on-a-swab/

...and his crowdsourced research: http://robdunnlab.com/projects/wild-life-of-our-homes/

For those who love scholarly stuff:
http://www.nature.com/articles/npjbiofilms20155
http://www.ncbi.nlm.nih.gov/pmc/articles/PMC2732559/

Photo credits: All photographs are by the author, showing biofilm formations on the roots of plant cuttings.

Biodiversity, Microbes, Riverways, To Be Human

Breeann Kirby is a San Diego-based molecular biologist turned writer who facilitates collaborations between science and the arts, most recently The Year of The Phage (www.2015phage.org). She believes that when diverse thinkers work and play together, world-changing things happen.