It’s hard to pin down when exactly it happened, but at some point in the last several decades, we in the United States stopped calling ourselves, in the collective, citizens. These days, we may say we’re voters, with the angry partisan edge that it carries; or, when we’re feeling beleaguered, taxpayers, who grudgingly fork over our hard-earned pennies. Most commonly, however, we identify as consumers, as if our primary purpose—even assigned duty—were to gobble up everything in sight. Although the coronavirus has temporarily quelled the voraciousness of our capitalistic appetites, the prevailing view is that this will and must be reversed when things get back to normal.

For most of American history—at least through the end of World War II—excess consumption was considered a vice, a sign of poor upbringing, and a moral failing, while frugality was a patriotic virtue. By the time of the terrorist attacks of 2001, however, the president told Americans that the best way to show national unity was to go out and shop. And today, with laissez-faire economics close to becoming a sacred belief system, consumer spending is considered the most important measure of the nation’s health. As a girl, I read Victorian novels in which young protagonists died tragically of “consumption”—an old term for tuberculosis—not quite understanding what that was at the time. I think it’s not too great a stretch to say that now we are all dying from consumption in a society in which everything is transactional, and the only widely shared value is unchecked consumerism. This highly contagious, chronic affliction causes inexorable environmental degradation and social corrosion. But recovery may still be possible. Reclaiming—and enlarging—our identities as citizens may be a way to start.

Unlike consumer, which suggests the primacy of individual demands and the one-way flow of goods into a feeding trough, Democratic citizen implies rights and responsibilities, reciprocity, restraint, finding ways to live peaceably amidst others over time, enabling different collectives to gather in struggle and debate. If human societies are presently failing to embrace these habits, we might relearn them by looking to our repeatedly ignored but inalienable status as Earth citizens. Being an Earthling entails compulsory participation in the give and take of global biogeochemical cycles—of water, carbon, oxygen, phosphorous, nitrogen, and other essential, collectively shared commodities. Although we don’t like to think of ourselves as merely physical beings, we, like all other organisms, are literally built from the raw materials of Earth—rainwater, soil minerals, and atmospheric carbon captured by plants. Older cultures understood this; the word human shares the same ancient Indo-European root as humus, meaning of the soil or earth. 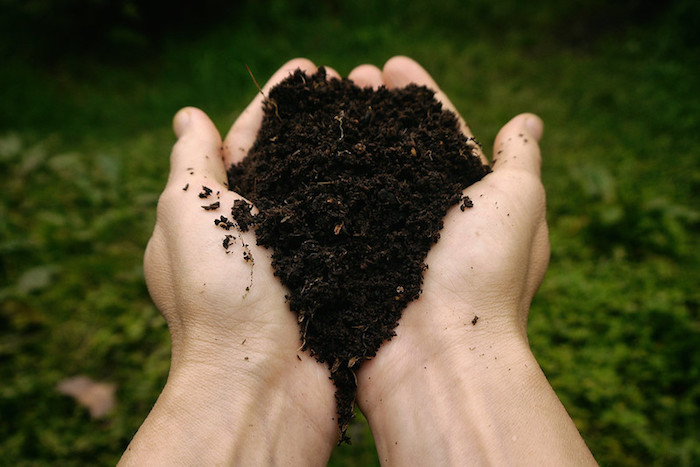 Over geologic time, biogeochemical cycles evolve to be exquisitely calibrated and elegantly choreographed, with all participants moving in stately synchrony. Every geologic process has an inverse operation; every flow a compensatory counterflow, in an intricate system of checks and balances. Volcanoes exhale, photosynthesizers inhale. Precipitation is balanced by evaporation; oxidation by reduction; growth by decay; uplift by erosion. It’s like an elaborate contradance happening across many different scales in time and space, in which after many rounds, everybody ends up back where they started.

In fact, this capacity for infinite repetition and reincarnation is the single most important attribute that distinguishes Earth from its sister planets. It’s not simply that Earth happened to be the right size and distance from the Sun, but that it developed self-governance practices as a young planet that have kept its surface environment clement for most of the past 4 billion years. Where better to look for guidance about what makes complex systems stable over the long term?

Unfortunately, even though we are natives, most modern humans have never been taught the most basic lessons in Earth civics. Few of us are aware of the planet’s powerful “deep state”—the biogeochemical civil servants that keep the natural infrastructure in good repair. Instead, we have stormed into these ancient institutions with no understanding of the rules of decorum, depleting aquifers, degrading soils, accelerating nutrient runoff, out-stripping volcanoes as greenhouse gas spewers by a hundred-fold. Among our fellow members of the biosphere, we are scofflaws, anarchists, kleptocrats—hardly model citizens.

Besides our general ignorance of the Earth’s governing principles, another reason we fall short as planetary citizens is that the boundaries defining our dual natural and political citizenships do not align. Natural precincts—watersheds, biomes, climate zones, geologic terrains—overlap and intersect in complex ways, and often awkwardly, with cities, counties, states, and nations. Looking down from the window of an airplane, one sees the collision between the straight lines and grids that humans impose on the landscape and the fractal, unruly geometry of natural systems. This is more than merely aesthetic discord; it creates fundamental jurisdictional conflicts that make it hard to be a good citizen of any type.

A notorious example of this mismatch that serves as a modern environmental fable is the long-running Waukesha, Wisconsin, water controversy. Waukesha, currently an affluent suburb of Milwaukee, was once famous for its artesian springs, which emanated from a deep sandstone aquifer so oversaturated that water squirted up to the surface in natural fountains. But after decades of extracting groundwater for homes and businesses at rates far exceeding its rate of natural replenishment (and in spite of predictions as far back as 1960 that this would lead to an eventual crisis), Waukesha’s municipal wells began to run dry in the early 2000s.

The city of Waukesha lies less than twenty miles west of Lake Michigan, which holds about 5 percent of the Earth’s fresh surface water. It would seem quite natural for the city to switch from groundwater to lake water for its municipal supply. Through a happenstance of glacial geomorphology, however, Waukesha is outside the drainage basin of the Lake—and inter-basinal water transfer is generally considered an environmental taboo, akin to appropriating someone else’s savings to pay your own bills. Moreover, moving Lake Michigan water across the basin boundary would be at odds with the Great Lakes Compact, an accord among the Canadian provinces and American states within the Great Lakes watershed that was ratified by the U.S. Congress in 2008. The Compact specifies that there should be no further construction of pipelines or canals for transfer of water outside the Great Lakes Basin (certain existing diversions were grandfathered in out of political necessity). Approving an exception for Waukesha could have set a dangerous precedent, potentially allowing water-starved desert states to one day tap the Great Lakes. 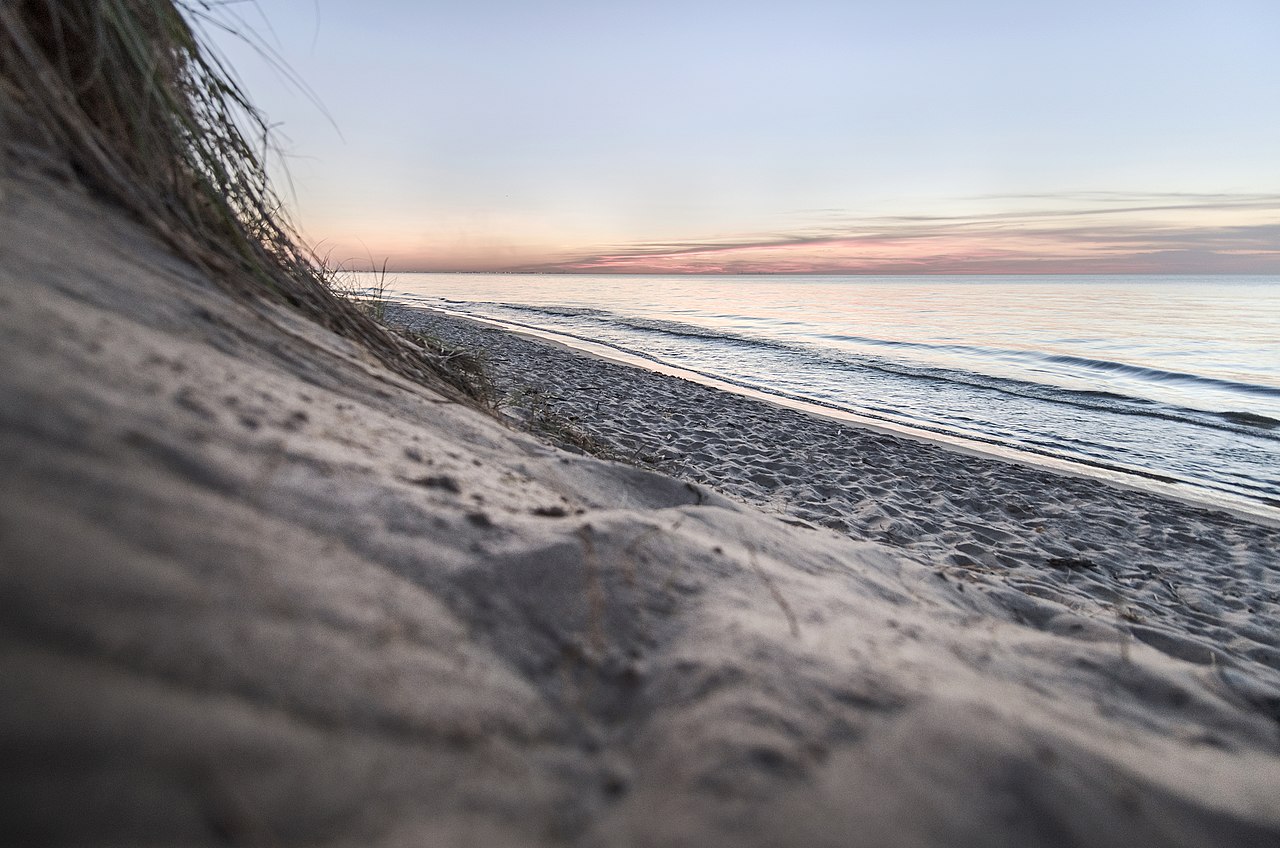 After almost a decade of negotiation and legal wrangling, all signatories to the Compact have agreed to an elaborate work-around for Waukesha, based on the argument that its county lies partly within the Lake Michigan watershed. The city will be able to “borrow” Lake Michigan water—that is, withdraw it from the lake, then treat and return it. For now, the Great Lakes Compact seems intact, but many fear this is only an early skirmish in a conflict that will escalate as climate change makes Great Lakes water a more and more valuable asset. And some legal scholars worry that if the Compact were ever to be challenged in a federal court, it might be struck down because it could be construed as violating constitutional prohibitions on barriers to the flow of commodities across state lines. Such a case would put the legal standing of political and natural geographies, and American vs. Earth citizenship, in dangerous opposition. Eventually everyone loses if our legal system violates natural laws because in the end natural laws always prevail, and the penalties for violating them—empty aquifers, anoxic oceans, runaway climate change—are severe and non-negotiable.

Just as natural and human map boundaries are often incongruent, there is a similar, and equally perilous, discrepancy in the timescales of geological and political governance. Ecosystems, aquifers, soils, and landscapes operate on schedules far longer than biennial budgets and campaign cycles. Overdrawn groundwater, exhausted soils, and clear-cut forests will eventually recover, but only if they are protected for decades from further degradation. And natural systems have inertia: once environmental changes are set in motion, they cannot simply be legislated to stop. The myopic, short-term worldviews of office-holders are, increasingly, on a collision course with the long-term well-being of those they represent.

As dual citizens of nature and the nation, we need to start casting our votes in ways that nurture both. What will it take to become better citizens of our townships and watersheds, states and ecoregions, nations and continents, over timescales of decades and longer?

Perhaps this anxious and uncertain time of the coronavirus pandemic, when our political and economic infrastructure has been revealed to be far more fragile than we ever imagined, could be an opportunity for a radical reconception of what citizenship means. The coronavirus certainly underscores the idea that our political boundaries are artificial constructs, blithely ignored by microbial armies. It reminds us that no matter what nation we dwell in, we all share the same constitution—our common, fallible human form. The tiny viral villain has also performed an astonishing feat: stopping the mighty force of capitalism in its tracks, pulling aside the curtain and exposing the great and powerful laissez-faire system as less prepared for crisis than a subsistence economy. And it has thrown an unforgiving spotlight on the virtual economic apartheid in this country.

At the same time, the pandemic has demonstrated that we do have the collective capacity to take action for the common good when we are given clear information about the risks of inaction. And it has taught us that we can, at least temporarily, do without many things that we considered essential just days before the severity of the epidemic became an undeniable reality. The dramatic reductions in travel and manufacturing during the coronavirus crisis will provide valuable, well-calibrated data about how we can reduce greenhouse gas emissions in the future. Families who become accustomed to quiet city streets, where singing birds and children at play are the loudest sounds, might resist allowing cars to take control again. When the pace of life slows and the radius of one’s world shrinks, powers of observation become more acute and priorities become reordered. One notices and feels grateful for things that were barely sensed as we were all self-importantly hurtling along: a friendly wave from a neighbor; the everyday miracle of good health; the incremental unfolding of spring, as scheduled, when everything else is on hold.

I am optimistic that we will be changed for the better by this abrupt suspension of old practices. While the pandemic has exacted a terrible global toll, it does at least offer an unexpected opportunity to realign our values and reclaim our identities as humans and, more broadly, as Earth citizens. We can set to work on repairing the frayed social and ecological webs that will provide stability and resilience in future times of crisis. We may discover that the same attributes that foster robust ecosystems—diversity, mutual dependency, intergenerational continuity—also build healthy human communities. Enhancing our sense of natural citizenship may help stem toxic nationalism by reminding us that we are part of something more important and more enduring than this particular bitterly partisan moment. We may then develop the habit of seeing ourselves as citizens in time—future ancestors, with the responsibility to leave the places we inhabit in good working order.

All of this will liberate us from the corporate encoding that narrows our focus toward our own selfish appetites and reduces our civic role to mere consumption. By refusing such diminishment, we can reclaim our democratic citizenship and envision a deeper, more expansive version of it, in which patriotism and environmentalism, flag-waving and tree-hugging, red, white, blue, and green align for the common good—citizens restored and reunited.

Marcia Bjornerud is Professor of Geosciences at Lawrence University in Appleton, Wisconsin. Bjornerud's research focuses on the physics of earthquakes and mountain building, and she combines field-based studies of bedrock geology with quantitative models of rock mechanics.