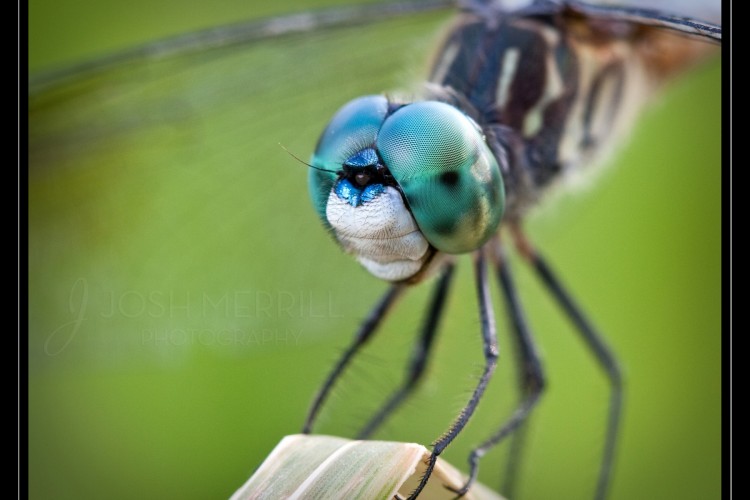 My ten-year-old feet churned rapidly as I sped away to the Lisle Park District on my ambitiously stickered BMX bike. Bug net over my shoulder, with one hand and a carefully balanced bag of mason jars on the handlebars, I swerved down Burlington Avenue, trying to keep from wiping out. My excitement grew as I neared my hunting spot; visions of the day’s finds filled my head. I locked up the brakes and arrived in a spray of dust and gravel, skidding my rear wheel and eventually coming to my obnoxious trademark stop.

My not-so-stealthy arrival flushed any of the wildlife that wasn’t underwater. The ducks beat their wings and ran across the surface of the pond, eventually gaining enough force to propel themselves into the air. They let out a protective chorus of quacks, protesting my rude intrusion. Meanwhile, the turtles that occupied protruding rocks scurried their webbed feet in an effort to slide themselves off of their basking spot. Their frantic efforts led to three splashing kerplunks, as they disappeared below the water to safety.

A bit of early morning mist still hung over the water as I began to patrol the edge, eager to find my quarry. I noticed a Great Blue Heron on the opposite shore and watched as it stabbed its beak into the water, making quick work of bullfrogs and smallmouth bass. I couldn’t help but envy its hunting prowess.

It finally came time for some action. With net in hand I swiped in the direction of a few bumblebees that ambled through the air, slowed by the weight of the pollen clinging to their legs. It was an easy catch, and though bumblebees are common, I transported them to a mason jar for further observation. I caught all kinds of bugs on those adventures, but one of my favorites was always the dragonfly. They flew so fast and with such agility that I rarely managed to get one into my net, but when I did, I was a happy camper. Back then I wouldn’t have been able to tell you the difference between a Twelve-Spotted Skimmer and an Eastern Pondhawk, but they remained an unwavering source of fascination.

It’s hard to say where this childhood love of capturing creatures and subjecting them to my negligent care originated. It may have begun with homeschool field trips that revolved around catching and identifying all sorts of bugs. I netted cicadas and damselflies; stink bugs and honey bees. A twenty-gallon fish tank sat on our back deck and housed a spider terrarium. One of my favorite captured critters was a praying mantis that I snatched off the top of our blue Ford in the late summer heat. I adopted “Manny” as my pet, and cared for him for several months. He was issued a steady diet of other captured insects, from bumblebees to dragonflies. It was fascinating to watch “Manny” on the prowl when he spotted his prey. He stalked other insects with impossible patience, finally snapping his forelimbs with accuracy and the grip of an alligator. After securing his victim, he would methodically consume it as if eating corn on the cob. We found out several months later that “Manny” was not a “he” at all.  This realization came when “he” laid a clutch of eggs on the aquarium ceiling.

Eventually my childhood attention for nature would turn in a more constructive direction. I still explore the natural world with childlike curiosity, but now I do so behind the lens of a camera. One of my primary curiosities continues to be insects, and Dragonflies specifically. If I’m out photographing during the summer months, it’s a safe bet that I’m hunting dragonflies with my macro lens. I love to get up early and try to find dragonflies (Order of Odonata) while they are dormant, their wings still laden with early morning dew. Photographing dragonflies has provided me the opportunity to learn a lot about these aerial hunters, and I can now identify many of Illinois’ ninety-plus species.

As I have come to know them better, I’ve discovered that the form in which they are most easily recognized actually accounts for a very small portion of their lifespan. The average dragonfly lives in the nymph stage as an aquatic insect for about eleven months before emerging and spreading its wings. (This is no small feat considering Chicago winters.) Once emerged, most dragonflies only live for two to four weeks. The more that I learn about dragonflies, the more time I want to spend photographing them.

Dragonflies can be found in most any natural area. They can even be found amidst urban areas, like downtown Chicago. A brief visit to Lincoln Park’s South Pond or a stroll at Montrose Point on a sunny day will reveal numerous species of these aerial hunters. Dragonflies will congregate around just about any stream, lake, or pond.

My favorite and most exciting dragonfly encounters are when I find a species that I have never photographed before. Sometimes such an encounter comes completely by surprise in a nearby park, but I have also traveled several hours to track down an elusive species. This was the case with the Hine’s Emerald. The Hine’s is the only Dragonfly that is on the endangered species list, and though it was once widespread, it now only survives in a few isolated populations. One of those populations is in the southwest suburbs of Chicago, though I have not yet been able to locate them there.

I remember my excitement when, after having driven five-and-a-half hours through the night to get to Door County, Wisconsin, I came across a dragonfly that I though might be the Hine’s Emerald. The dragonfly just wouldn’t land. So I spent nearly an hour tracking back and forth with my 400mm lens as the dragonfly patrolled his hunting territory, in close quarters. It wasn’t over when I finally captured some quality images. I still had to get a positive identification that the dragonfly I had photographed was actually the Hine’s. So I submitted the image to the experts at BugGuide.net (an excellent resource for budding insect enthusiasts), and got the confirmation. Dragonflies are very resilient, but they are also at risk. Polluted run-off and shrinking habitats are a couple of the factors that threaten their livelihood. The Hine’s Emerald is a good example of a dragonfly species that is endangered because of local human pressures and its specialized habitat requirements.

One does not need to travel to Wisconsin to find dragonflies though. There are numerous species right in our backyards. Throughout the Chicago area there are pockets of life, parks, and forest preserves that serve as beacons of what once was, what remains, and what could again thrive. A recent visit to Lincoln Park’s South Pond revealed at least ten species of dragonfly, including my first Wandering Glider.

I hope that you will get out and experience them for yourself at your local preserve. A close-up look with a set of binoculars is one of the best ways to appreciate their creative designs, and a field guide is a helpful companion for identifying the local varieties.

Josh is an award-winning fine art nature photographer based out of Chicago, Illinois. He creates compelling photographs of the natural world through a unique vision, eye for composition, and skilled use of color. http://joshmerrillphotography.com/