We have long had the ability, we humans, to work outside the bounds of evolution. Dairy cattle, maize, and all sorts of dog breeds attest to that. It is unlikely that natural evolution alone would have produced these things. They depended on human intervention. However, in the past, the scope of human intervention was rather limited. The newly emerging tools for genome editing are widely thought to mark a significant advance in our ability to get what we want out of nature. We seem to be challenging evolution head on, maybe trying to render it obsolete. For those environmentalists or conservationists who want to limit the human alteration of nature, the challenge to evolution posed by genome editing looks like an awful new threat and raises telling questions. What should be the proper relationship between humans and the biological evolution of life on Earth? From the standpoint of care and concern for the natural world, a desire to protect nature from human encroachment, how should we think about gene editing technologies?

These questions are sharpened a bit more by the recent discovery of “gene drive” systems—genetic phenomena that are transmitted from an organism to its progeny at rates greater than would be predicted by normal inheritance patterns. Normally, a gene is inherited by 50 percent of an organism’s offspring. A gene that is part of a gene drive system will be passed along at higher rates, perhaps much higher rates, and so “driven” through the organism’s descendants.[1] Gene drive systems occur naturally but can also be created in the laboratory. As described by a report released in June by the National Academy of Sciences, artificial gene drive systems could be used to edit not just individual organisms, but whole populations, even entire species.[2]

The bottom line in the NAS report is that no artificial gene drives are ready for environmental release and that much work would be necessary before any were, but that they might prove to be very useful tools, and therefore that the work—which includes basic science, risk assessment, public discussion, and governance—is worth doing. We (meaning scientists, funders, oversight agencies, and the public) should go case by case; some proposed uses (maybe many or most) will turn out to be unacceptable, but some might make sense.

That claim, that gene drives might turn out to be bad or good, also depends on how we think about the proper relationship between humans and the biological evolution of life.

The sense in which gene editing and gene drives seems to change the relationship between humans and evolution is easy to see intuitively. When we breed exotic rose cultivars, for example, there’s a sense in which we are working with evolutionary processes at the same time that we may be trying to overcome evolutionary constraints. We can think of ourselves as engaged in what Michael Pollan calls a “conversation” with nature—an ongoing exchange in which nature, through the sexual recombination and random mutation of genes, suggests new genetic possibilities and humans respond to nature by selecting the possibilities they like. And it’s not always obvious who’s in charge: sometimes, whether humans are creating the creature or the creature is evolving to exploit a niche is not even clear. The emergence of dogs from wolves attests to this complexity; possibly humans deliberately bred dogs from wolves, or possibly some wolves gradually developed traits that allowed them to live alongside—and essentially live off—humans.

Technologies for genetically modifying organisms arguably look more like command-and-control than conversation. They don’t depend on evolutionary processes to generate new genetic possibilities. They let scientists create and arrange genes themselves, and they allow for a wider range of genetic possibilities as well—mustard plants that glow faintly in the dark, for example.

Artificial gene drive systems take the command-and-control metaphor even further. They could overcome the familiar Mendelian patterns of inheritance, they could let us modify populations. They might allow us to alter populations in ways that are harmful to the organism, appearing thereby to overcome the evolutionary principle of the survival of the fittest. In fact, it is possible that gene drive systems could be designed to eliminate a species altogether. A drive that caused all offspring to be males might lead to a population collapse and eventual extinction, for example. And because gene drive systems spread themselves, they would let us try this power in the wild. A genetic change that is not driven would survive and spread in the wild only if it conferred a benefit, as in the case of American Chestnut Trees that are altered to withstand chestnut blight.

To be sure, the power has limits. Gene drive systems will not work in most organisms (all micro-organisms and any plants that are self-pollinating) and would be ineffectual in many others (including anything with a slow reproductive cycle and anything that has reproductively isolated subpopulations). Gene drive systems would sometimes fail. This could happen if, for example, the drive harms the organism but does not work in a part of the organism’s population; that subpopulation would likely outcompete the portion that has been altered with the drive. Still, the basic point is rather shocking from an environmentalist’s perspective: gene drives hold out the prospect of altering species in a way we have not been able to do before. 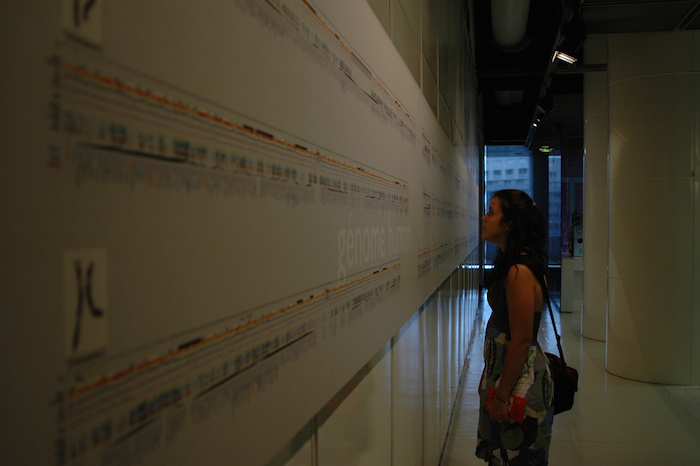 So is this good or bad? How should someone who cherishes nature think about gene drives?

To begin with, we should recognize that the challenge is not as great as it may seem. Evolutionary processes would hardly be nullified by gene drives. A gene drive that failed to penetrate a population and got squeezed out of existence would be an example of the organism evolving resistance to the drive. A drive that succeeds, on the other hand, must also still be subject to evolutionary pressures. The fact that gene drives occur in nature makes it plain that gene drives are simply part of the overall biological buzz and whir that evolution acts upon.

What we decide about gene drives will depend partly on how environmental goals are balanced against other goals, especially public health goals. There’s a possibility that gene drives could be used to prevent mosquitoes from transmitting the parasite that causes malaria, which kills around half a million people each year—mostly children, mostly in low- and middle-income countries. Other contemplated uses might take aim at dengue fever, chikungunya, and Zika.

The answer also depends on what it is in the human relationship to nature that we want, as environmentalists, to protect. If challenging evolution looks like an unacceptable human incursion into nature, maybe that’s because we think natural genomes deserve special protection. Science has to some extent taught us to think of genomes as morally special. We sometimes hear, for example, that genes are “the book of life”—the record of a master plan of sorts that makes organisms what they are. If we value the living world around us, then such “book of life” language may lead us to think of genomes as the ultimate location of the value of the living world. Genomes may then become sacred.

But we might also take a more systemic view. We might hold, that is, that genomes are particularly important parts of organismal systems, and that organisms are important parts of ecosystems, and that it is the larger systems and patterns that we want to protect. If we take that view, then we should be careful with any proposed alterations to genomes but should not foreclose such alterations right from the start—not, at least, if the alterations can achieve larger environmental aims.

And, perhaps surprisingly, environmental protection and restoration is one of the goals that gene drives could serve. One use described in the NAS report is to prevent avian malaria in Hawaii. Neither avian malaria nor the species of mosquito that transmits it is native to Hawaii, and native birds, with little to no immunity to malaria, have been in severe decline. Island-wide spraying of insecticides is out of the question. Vaccinating the birds is not possible. A gene drive technique--either preventing the mosquito from transmitting malaria or simply eliminating the mosquito—might be the only feasible solution.

Another example is a gene drive system to eliminate mice or rats that have become invasive on other Pacific islands. Here, too, native birds are severely threatened. The usual way to control the rodents requires the placement of traps or poisons around the island, but that’s often invasive, expensive, and painful to the rodents, and it may kill other animals  who should be saved while failing to control the rodents anyway. Again, a gene drive might be the only feasible solution.

Careful study of the drive, the target animal, and the affected ecosystem would be needed to know for sure. There are many questions to be answered: Has the animal, even though invasive, become environmentally important? Would the effect be limited to the local population, or would it jump to places where the animal is native? Could the drive have unwanted effects in the organism? Could it jump to other organisms, and with what effects?

Releasing a gene drive into the environment without studying these questions could have awful results even if the goals were admirable. For that matter, a release could be awful precisely because the goals were awful. Big public health and environmental goals could give way to more trivial interests. In principle, people might use gene drives to modify or eliminate organisms merely to remove nuisances. But to turn our attention to the goals and results is to recognize that the issue is not the genetic intervention itself, but what we do with it. Given the possible uses, we should regard gene drives both with alert concern and cautious hope.

Gregory E. Kaebnick is a scholar at The Hastings Center, where he writes and does research on synthetic biology and other emerging genetic technologies. He is the author of Humans in Nature: The World As We Find It and the World As We Create It.

18 Contributor Responses
How far should we go to bring back lost species?

Gregory E. Kaebnick
“Gene drive” technology will let us edit life in new ways, but should we use it?

Future Generations and Gene Drives: the Importance of Intergenerational Equity