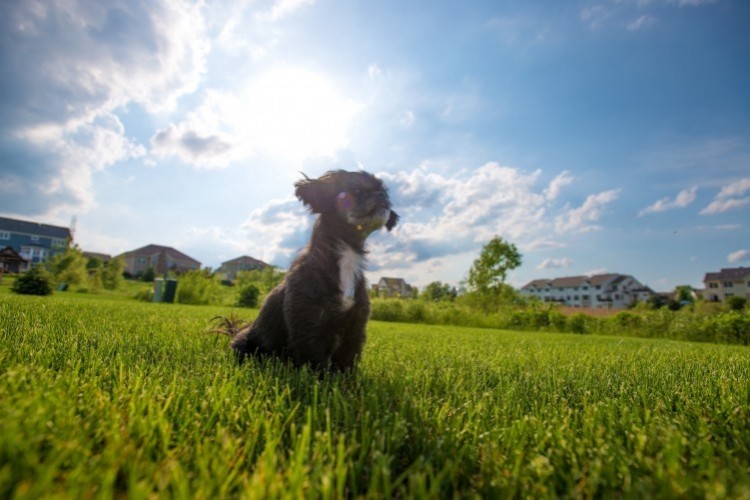 If you’re reading this blog you may be somewhat familiar with the “City Creatures” book project that it is related to. The contributors to the book come from diverse disciplines across the arts, sciences, and humanities. I’m writing a chapter on the domestic dog and the ways in which companion animals contribute to civic culture. As a theologian and ethicist, I have absolutely no specialized expertise on this topic, other than that I love dogs, and I have been graced by their companionship for many years (and “dog” is “god” spelled backwards!). This post is written in fond memory of the first dog I ever knew, Wesley. Yes, he was Methodist.

I’m a bit dogmatic when it comes to dogs. You might even say that I'm Manichean when it comes to the topic. There are those who love dogs and there are those who don't. I’m not sure whether love for dogs is predestined. But I am convinced that one’s relationship to dogs says a lot about one’s moral fiber. In my experience of humans and animals, there's a world of difference between those who love dogs and those who don’t, between those with canis sapientia and those without. If you don’t know what I’m talking about, well…I’ll pray for your soul.

My earliest childhood memories go back to experiences with Wesley. He was a shabby little Pekapoo, a Pekanese-Poodle mix. He was the wildman of the neighborhood, the local canine jigalo. For some reason my parents had not gotten him neutered. There were plenty of dogs in the neighborhood and many were female.

One of my father's greatest challenges, at least from my perspective as a young boy, was keeping Wesley from escaping from the yard. Wesley was an expert hole-digger and could weasel his body under the fence at will. So my father went to great lengths to have old railroad ties delivered to our house. He then spent hours placing them end-to-end, along the base of the fence, from one side of the yard to the other. My dad thought this was all pretty cunning on his part. As did I. But it was no match for Wesley.

Nothing could contain Wesley’s lusty nature. He was so desperate for his lady friends that he quickly learned how to wedge himself between the fence and the tie and flatten and wiggle himself to the other side in order to run free and wild in search of his next fix. Maybe he was an addict. I'm not sure. But my parents finally decided they had to do the deed and get him snipped.

Wesley was an older dog by this point, around 9 or 10. After being neutered, he was a completely different dog. It was night and day. The one trait that remained constant was his enthusiasm for chasing cars. He was nuts, even without his nuts.

Car chasing is a very dangerous pastime for dogs. When he was out in front of the house, having escaped from the house or the back yard, (which, per above, was frequently the case), and saw a car coming, he would race out to the street and up to the side of the passing car and literally attempt to eat the tires. This was kamikaze behavior. We always worried that it would catch up with him some day. And it did.

On the summer morning in 1984 that my family was moving from Ohio to Michigan, after the truck had been packed and had already left, my father woke us up even earlier than expected. In a calm, gentle, pastoral voice (he was a minister), he told my brother and me that he had some sad news. Wesley had been killed, hit by a car. This was devastating. Wesley was my parents’ first child. He was the best friend my brother and I had ever known. He was the life of our family party. He was the trickster in our family lore. He brought so much joy and frustration and worry and laughter to my family. He was one of us! And he was killed on the morning of our big move.

Before he woke us up my dad had already dug a grave out in the back, beneath the giant cedar tree, by the tire swing where he used to try to nip at our dangling feet. Tearfully, before sunrise, we walked somberly out to the grave. My father placed Wesley's already stiffened body into the grave. We prayed in gratitude for his life. Each of us shared some happy memory we had of him. And then we packed ourselves and our bags into our car and left.

Michael S. Hogue is Professor of Theology at Meadville Lombard Theological School. He and his family continue to love and learn from their dogs, who have entered arthritically, but with deep creatural wisdom, into their elder years.