What is that feeling when you're driving away from people and they recede on the plain till you see their specks dispersing?—it's the too-huge world vaulting us, and it's good-by. But we lean forward to the next crazy venture beneath the skies.
—Jack Kerouac, On the Road

Q: Why did the chicken cross the road?
A: To get to the other side.
—Anonymous (first printed in 1847 in Knickerbocker Magazine)

If that question were easy to answer, you wouldn’t see the earnest torrent of text from me and my colleagues addressing it. These diverse perspectives inform discussion and aid decision-making, but also illustrate the complexity inherent in making decisions about road building. None of us has any formula solutions or magical answers; the best we can hope for is a thoughtful, intelligent compromise based on an inclusive, shared understanding of the issues, values, and concerns at play.

As a latecomer to this dialogue, adding substantively to the overview was challenging; my colleagues have been quite thorough in their inventories, insights, and analyses. But there are a couple of nuances to the conversation that I think bear further consideration. Both, unfortunately, render decision-making about roads even more complex.

The first nuance is that “a road” is not one thing; it is a vast suite of possibilities.

The second nuance is that our psychic responses to roads—that oft-cited “strange and necessary connection between place and mind”[1]—are enormously variable and dependent on context.

Proponents of road building are concerned with facilitating passage to final destinations. But roads are much more than mere conduits for traffic. They are byways for our emotions, passages for our psyches, corridors for our dreams. At the same time, they are obstacles to our mobility, blights on our landscapes, and pavement on our Paradise. They are ostensibly designed to improve mobility, democratize transportation, and reduce travel time, but they often do precisely the opposite. They range from reviled generic corridors crisscrossing the “geography of nowhere,” to iconic conduits that metaphorically transport nothing less than our national identities (like the Trans-Canada Highway, Route 66, or the Autobahn).

They may be concrete constructs (literally and figuratively), like the poured cement ribbons of the Autostrada, or powerful and compelling abstract notions, like the undiscovered, unknown, endlessly beckoning roads frequented by the searching spirit of Kerouac. They may be miniscule, like the overgrown access roads to a deserted logging camp, or monumental, like the ubiquitous and divisive interstate highway system of the United States. They may be scenic and inspirational, like California’s Pacific Coast Highway or the meandering coastal roads of the Otago Peninsula, or they may be soulless, concrete-lined conduits, like the anonymous, six-lane, walled arterials of suburban Mississauga. They may be organic, historic, and persistent, like the Mohawk Trail or the Via Appia, or ephemeral and shifting, like the ice roads of the Canadian Arctic. They may change in character along their length and over time. Our decisions about road building must try to capture and account for this dynamism and diversity. 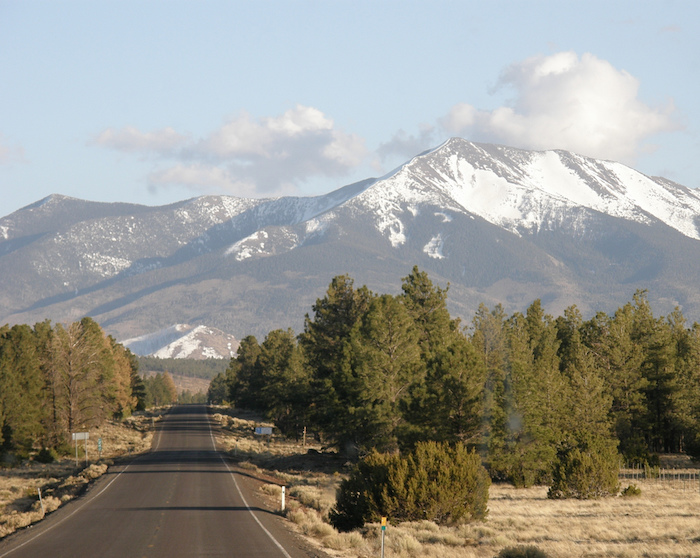 Regardless of their origins, character, endurance, dimensions, location, or power to compel or repel, roads (like all linear corridors) possess a set of fundamental ecological characteristics that affect the surrounding landscape (see the box Insights from Landscape Ecology, below). Despite this insight, very few anthropogenic transportation corridors (canals, railways, or roads) are built in a way that inherently respects, honors, or enhances the landscape. Such noble attributes have to be carefully designed. And often, when faced with inevitable economic, time, and resource constraints, our respect for the landscape is quickly traded off against the perceived utilitarian and economic benefits of the transportation corridor in question.

Determining what makes a good road is an inherently value-laden process,[2] and these value judgments are by no means universal.[3] I propose that they are not even consistent at the individual level, tied as they are to our own ever-changing frames of reference. If you ask a commercial long-haul trucker what constitutes a good road, his or her response will be very different than that of an avid cyclist, a parent dropping children off at school, a midnight grocery shopper, an early morning birder, or a Sunday driver—even though all these guises could conceivably be embodied at different times in the same individual. What kind of road is it? Where is it located? What kind of landscape is it passing though? What species are being considered in the assessment? Is it in my backyard or someone else’s? Who is making the assessment? Where, relative to the proposed route, do I live? Work? Shop? Recreate? How will I use it? Is a speedy arterial acceptable if it is out of sight and out of earshot, but unacceptable if it’s in my own backyard?

Many of us have an inner Kerouac, urging us to follow the endlessly beckoning roads that will take us to a world of undiscovered possibilities. In the United States and Canada, this urge to roam is deeply embedded in our national identities, and taking to the road is perceived as both a right and a rite of passage. The restless traveler within us is anxious to be anywhere else but here, so any road that takes us away from the mundane is a good road.

Yet at the other end of the spectrum, we also have an inner chicken—the proverbial one that crossed the road with the sole objective of getting to the other side.[4] In chicken mode, we are focused on our proximate environments and simply interested in getting across the road—which becomes, instead of a highway to adventure, a problematic barrier that interferes with our ability to move about and function within our own immediate surroundings.

Most assessment processes seek to optimize the implicit tradeoffs in some democratic, inclusive, participatory manner. To paraphrase George E. P. Box, “all [assessments] are wrong, but some are useful.”[5] The most useful among them will attempt to capture and account for this shifting spectrum of values.

Because they are linear constructs, roads pass—and facilitate passage—through an ever-changing landscape. The contextual juxtaposition of road and landscape is largely responsible for our reaction to it. Much of the discord generated by roads is a result of the imposition of thoughtless or inappropriate infrastructure on spaces and places that already have established ecological and social functions and an inherent sense of place.

So—frustratingly—the answer to the question, “To build or not to build a road?” depends almost completely on context and frame of reference.

Assuming we have seriously considered—and summarily rejected—the option of not building a road in the first place,[6] we must understand the huge diversity of form in roads and embrace both the challenges and possibilities inherent in adopting road designs that are contextually appropriate. Similarly, we have to acknowledge the multiplicity of values that each of us has toward roads, depending upon our frame of reference, if we are to deal intelligently with their design, management, maintenance, and enlightened reinvention.

[2] Christopher Preston, “To Build or Not to Build a Road—How Do We Honor the Landscape? By Keeping Values in Mind,” Center for Humans and Nature, August 2012, http://www.humansandnature.org/build-road---christopher-preston-response-10.php.

[3] Ingrid Stefanovic, “To Build or Not to Build a Road—How Do We Honor the Landscape? By Way of Thoughtful Decision-Making,” Center for Humans and Nature, August 2012, http://www.humansandnature.org/build-road---ingrid-stefanovic-response-7.php.

[4] Of course you have heard it (probably just after you were toilet trained, and you probably groaned even then). That hackneyed, overblown, mimetic, multilingual, enduring, egregiously wonderful bit of fowl humor—that quintessential, archetypal anti-joke—has endured for more than a century and a half, has spawned hundreds of variants, each worse than the former, and encompasses dozens of species, a plethora of ridiculous situations, and a veritable Who’s Who of purported philosophical perspectives on peripatetic poultry, from Buddha through Einstein to David Hume (http://philosophy.eserver.org/chicken.txt). The motley meme has given rise to prolific discourse in books (http://www.davidgoldwich.com/book-chicken.html; http://www.amazon.ca/Why-Did-Chicken-Cross-Road/dp/0803730942), academic articles (http://www.sciencedirect.com/science/article/pii/S0967070X10001113), websites (http://www.whydidthechickencrosstheroad.com/), and even that ultimate badge of populist penetration, a Wikipedia article (http://en.wikipedia.org/wiki/Why_did_the_chicken_cross_the_road)—all of which continue to reinforce and celebrate the riddle’s tenacious grip on our collective psyches. How convenient it is for me, then, that such a well-entrenched bit of cultural dross should be such a useful mnemonic aid to help us identify and unpack the implications of building a road.

[5] George Box, “Robustness in the Strategy of Scientific Model Building,” in R. L. Lautner and G. N. Wilkinson eds., Robustness in Statistics, workshop proceedings, (1979), 2. The actual quote is “All models are wrong but some are useful.”

[6] Dana Beach, “To Build or Not to Build a Road—How Do We Honor the Landscape? By Knowing When Not to Build a Road,” Center for Humans and Nature, August 2012, http://www.humansandnature.org/build-road---dana-beach-response-4.php.

David T. Brown is a founding faculty member of the Department of Tourism and Environment at Brock University in St. Catharines, Ontario. Brown’s diverse academic background in ecology, urban and environmental studies, systems theory, sustainability, and environmental policy informs his current work, which includes cultural and natural heritage mapping, sustainable tourism, and the use of mobile digital technologies for environmental interpretation.

Christopher Preston
To build or not to build a road…how do we honor the landscape?

...By Creating a Meaningful Sense of Place

Meg Walker
To build or not to build a road…how do we honor the landscape?