At a Black Lives Matter protest in Oakland, California, after the death of George Floyd in Minneapolis, the sight of a young Black woman astride her horse caused a sensation, sending a powerful message about Black strength and confidence and shattering stereotypes. 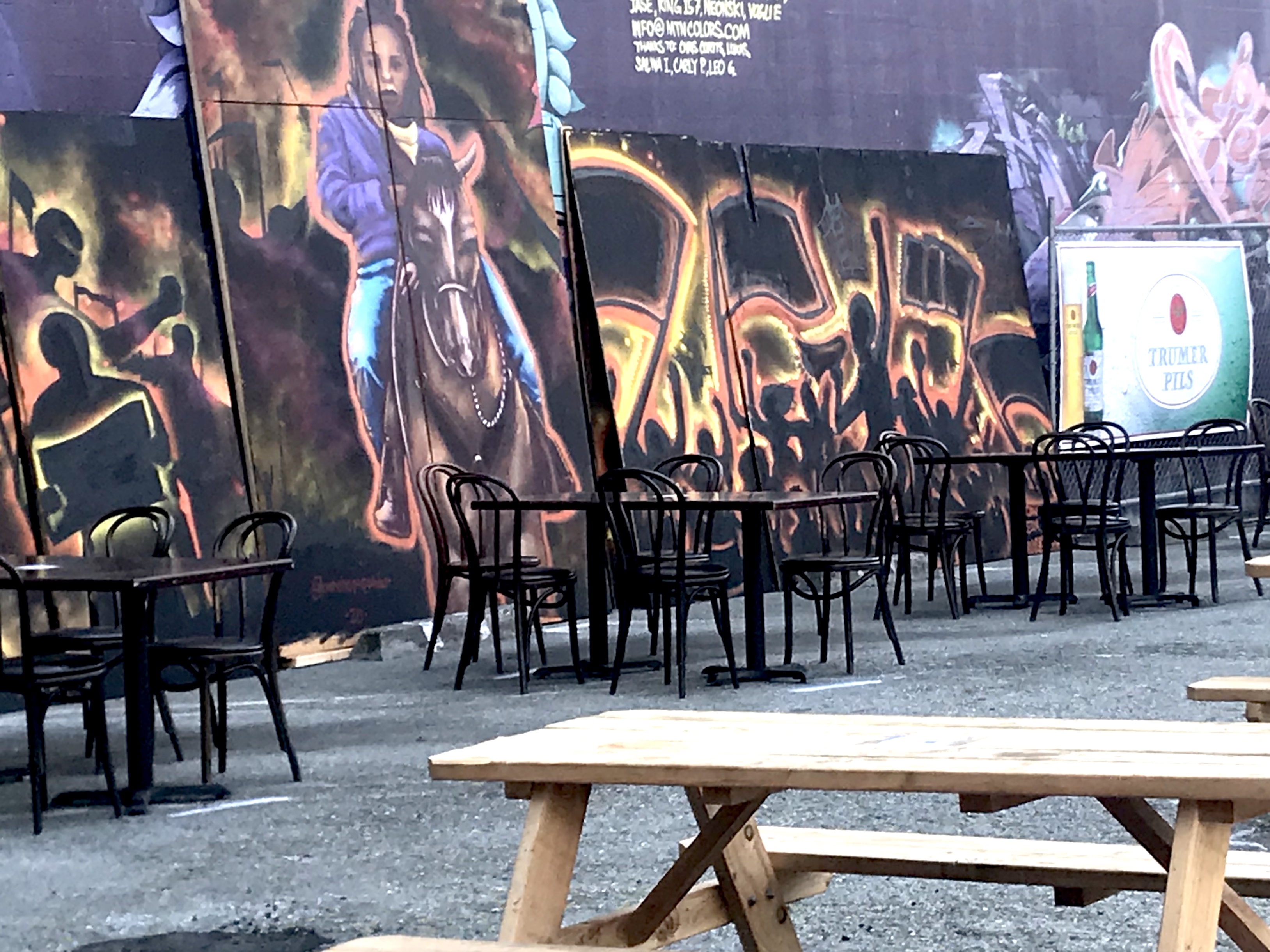 Brianna Noble, 25, whose ride atop Dapper Dan is immortalized in an outdoor mural at Oakland restaurant Luka’s Taproom & Lounge, owns Mulatto Meadows near Oakland. The facility offers riding lessons, horse training, and a program that introduces underprivileged local children to horses, the Humble Project. “Our vision is to change the face of equine culture and inspire positive futures through horses,” says Noble, who learned to ride as a kid and bought her first horse at 16. She’s vocal about the healing power of horses. “Horses put up mirrors to our souls, letting us view ourselves in an ever-forgiving, non-judgmental way.” 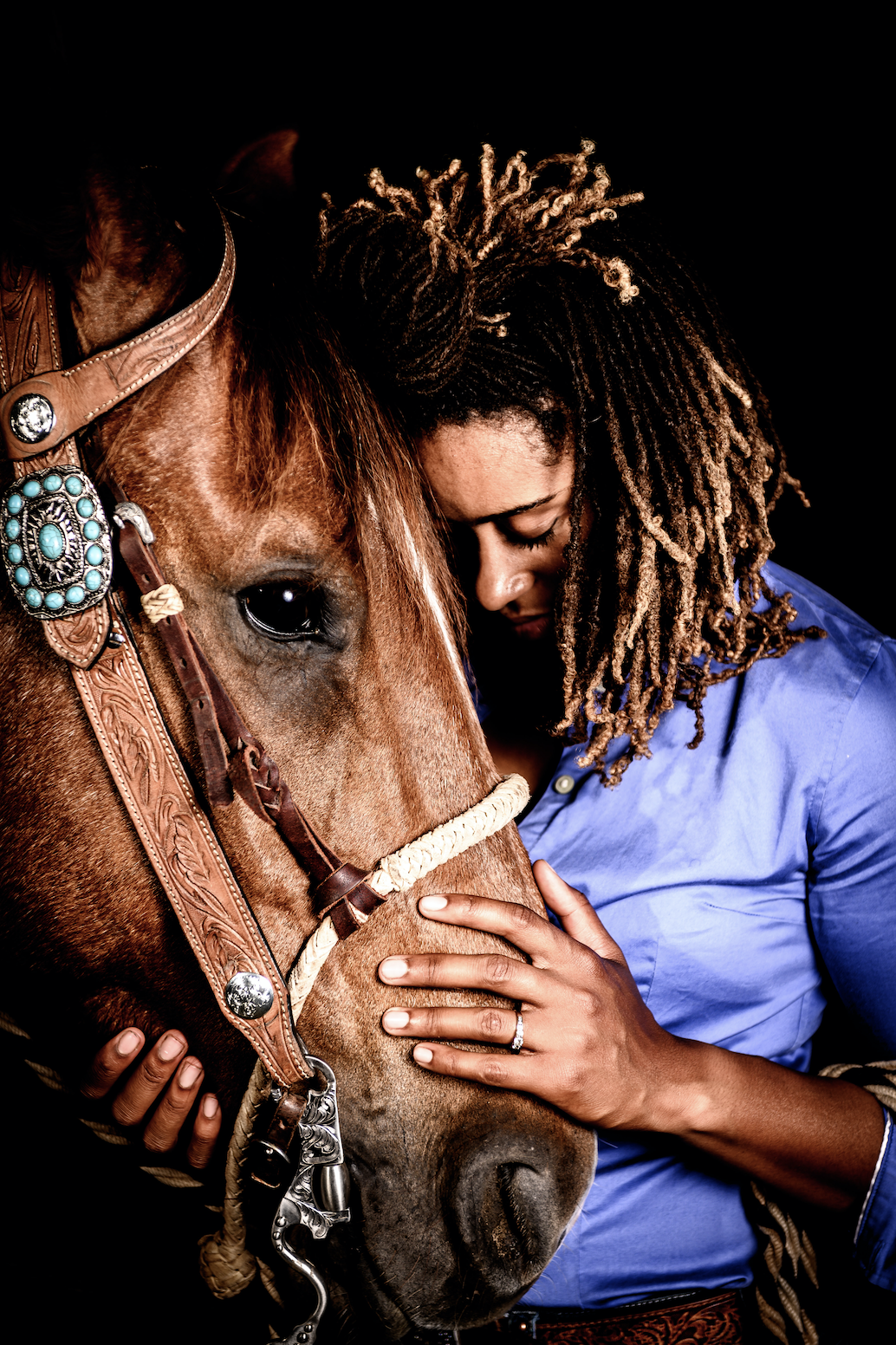 Horses are often equated with a White, elite world, associated with pomp-and-circumstance activities such as horse racing—called the Sport of Kings—horse-jumping competitions in New York’s Hamptons, fox-hunting in England, and polo matches. But Black men and women on horses have an illustrious, little-known history in the United States. “No phase of our national heritage has been portrayed . . . as more typically American as the old West, yet this portrayal of Americana has consistently been pictured as lily-white,” writes William Loren Katz in The Black West.

About one in four cowboys from 1865-1895 in the West were Black men, estimates Katz, who serves as a consultant to the Smithsonian and school systems nationwide. His book, first published in 1973, reveals the stories of Black cowboys like Nat Love, nicknamed “Deadwood Dick,” born a slave in Tennessee in 1854, who acquired his nickname after winning a South Dakota rodeo; and Bill Pickett, the first Black person in the National Cowboy Museum & Heritage Center’s Hall of Fame and a Texan rodeo star famed for “bulldogging” (wrestling a running steer to the ground).

Black cowboys, in fact, was the theme of the 2020 National Cowboy Poetry Gathering, an annual festival celebrating a different cowboy culture in the Americas through its music, storytelling, movies, dance, crafts, cooking, and poetry each January. Sponsored by the Western Folklife Center, the 36th festival in Elko, Nevada, featured urban Black cowboys, French-speaking Creole cowboys from rural Louisiana, and retired rodeo stars. At the event, Ghuan Featherstone of Urban Saddles in Compton, a city south of downtown Los Angeles, described how his nonprofit helps local youth avoid the lure of gangs and drugs in an area known for gangsta rap by introducing young people to horses. Geno Delafose, leader of a renowned Zydeco band in southwest Louisiana—Geno Delafose & French Rockin’ Boogie—discussed raising horses and cattle at his Double D Ranch near Eunice, and his efforts in leading Black trail-riding groups (he also performed his irresistibly toe-tapping music on the accordion). The first Black cowboy to compete in the National Finals Rodeo back in 1964, Myrtis Dightman, Sr., reminisced about the career where he was called the “Jackie Robinson of rodeo.”

“Streets raised us. Horses saved us” is the motto of the Compton Cowboys, a group of ten people who teach children to care for horses and how to ride on a ranch in Richland Farms, a ten-block enclave in Compton that’s zoned for agriculture. Some of their horses were rescued from bad environments, just like some local kids, and learning to empathize with and value an animal helps the kids value life in general, say those in the group, who are the focus of The Compton Cowboys: The New Generation of Cowboys in America’s Urban Heartland. In June, the Compton Cowboys did a peace ride through their city, chanting “Black Lives Matter.”

If you ever wondered about “Buffalo Soldier,” the reggae song by Bob Marley, the title refers to Black soldiers in the frontier West after the Civil War. The all-Black 9th and 10th Cavalry and 24th and 25th Infantry helped build roads, protect against Native American raids, and fought in the Battle of San Juan Hill in Cuba in 1898 during the Spanish-American War (along with “Rough Riders” led by future President Theodore Roosevelt) and the Red River War in the Texas Panhandle in 1874-75. Some of the earliest National Park Service rangers were Buffalo Soldiers, who defended against wildlife poachers and prevented privately-owned cattle from grazing on Federal land.

Despite eighteen Medals of Honor for valor won by Buffalo Soldiers from 1870-90, most Buffalo Soldiers were, ironically, led by white U.S. Army officers. Exceptions were Henry O. Flipper, Charles Young, and John Hanks Alexander, all West Point graduates. Given their nickname by Native Americans (due either to their black curly hair, which reminded them of buffaloes, or as a tribute to their bravery in battle), Buffalo Soldiers enthusiastically adopted the moniker, and often wore long coats made from buffalo hides during the bitter winters. In World War I, the all-Black 92nd Infantry Division displayed a buffalo patch on their uniforms.

The buffalo was the “sacred center of Plains Indian culture,” notes the Texas Historical Commission, and a buffalo robe was the “iconic object linking African American soldiers with Native Americans and white explorers in the 19th century, in both fact and myth,” according to the founding director and curator of the National Museum of African American History and Culture, Lonnie G. Bunch III and Krewasky Salter. Part of the Smithsonian, the museum in Washington, D.C., has vintage photographs of Buffalo Soldiers, buffalo robes and patches, and a fascinating online exhibit on them.

Other museums that illuminate the often-neglected history of Black people’s relationships with horses include the Black American West Museum in Denver, founded in 1971, and the Black Cowboy Museum in Rosenberg, Texas. Near Houston, the latter museum was founded in 2017 by Larry Callies, who recalls being beaten up when he wore cowboy boots in school by both White and Black students, who regarded cowboy gear as a White-only item. 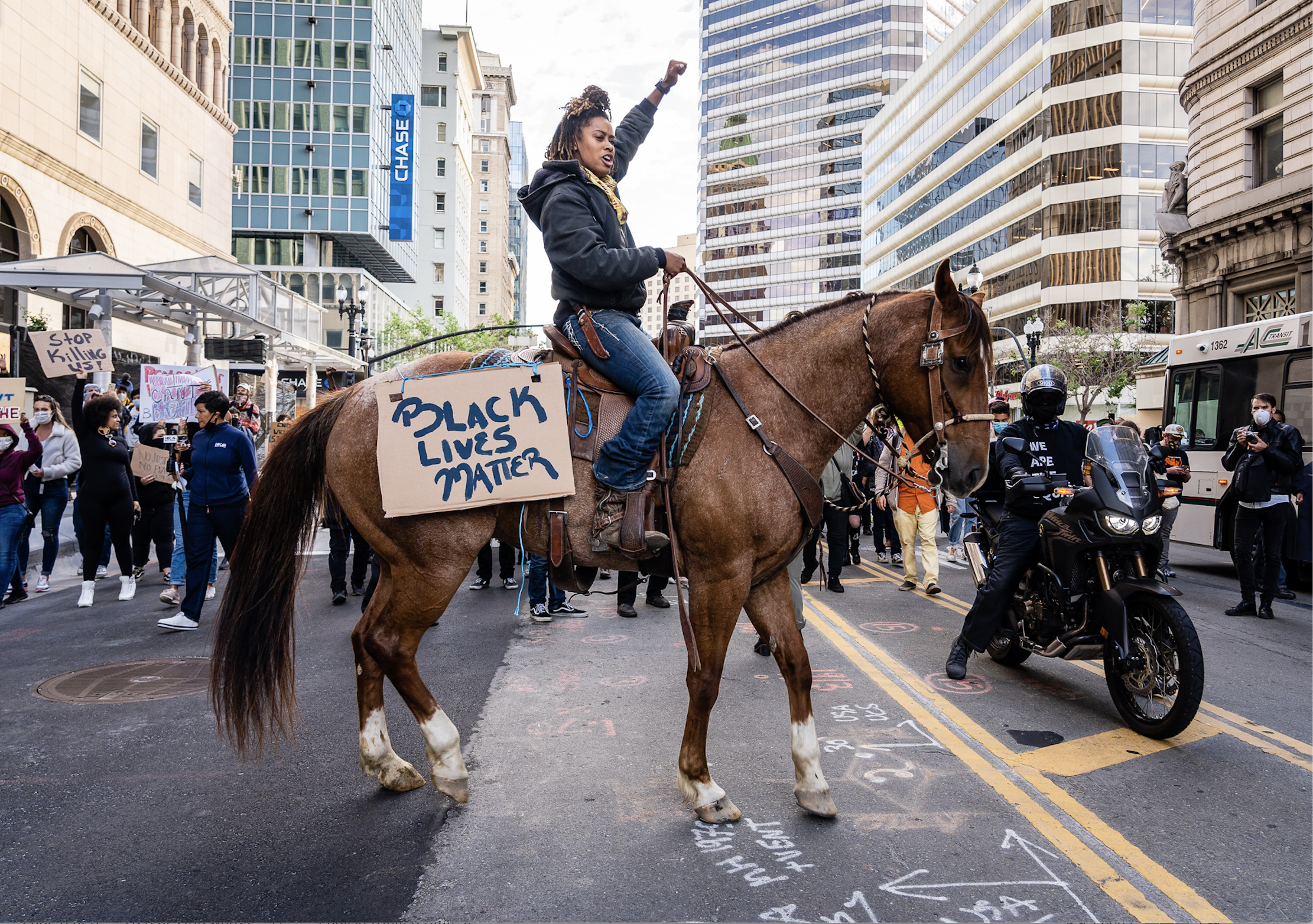 As for Brianna, her photos became so iconic she’s now featured in a TV ad for Infinity Mobile, proudly astride her horse with a caption that reads: “Brianna’s Way.” Every time she mounts up—or appears on television—she continues to defy stereotypes, while also drawing attention to the lesser-known history of the bond between horses and Black people in the United States.