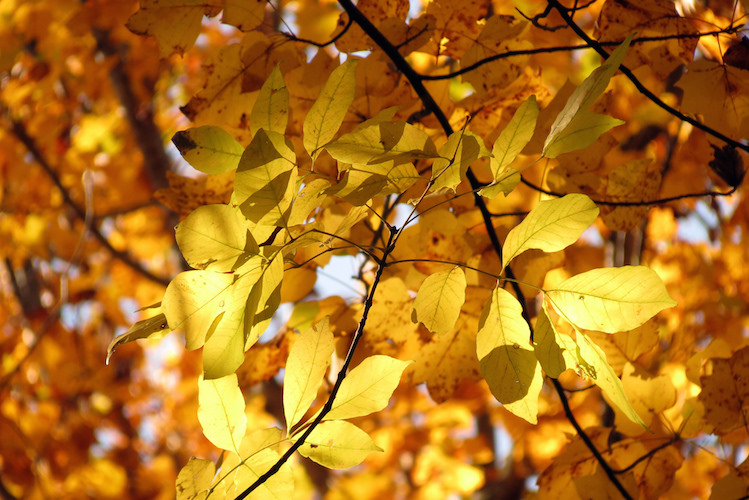 Ed. note – Perhaps more than other seasons, in autumn, with the crackle of leaves beneath our feet and the pinch of a grandmotherly wind against our cheeks, our minds turn toward the trees. If you live in the temperate zone, you partake in the deciduous pleasures of vivid color shifts, crimson and golden signals of the cyclical nature of time. This week’s City Creatures post is an excerpt from writer Alice Peck’s book Be More Tree, a wide-ranging and lustrously illustrated treatment of the cultural and symbolic significance of various tree species. Among the many options, Alice and I agreed upon “Ash,” a popular urban tree. We in Chicago have suffered the widespread loss of ash trees in our neighborhoods because of the invasive emerald ash borer. One striking example of this loss was when the city cut down a diseased row of ash trees that served as nesting sites for Black-Crowned Night Herons. The herons, fortunately, adapted and have since moved their colonial nests to nearby honey locusts. We must adapt as well, preventing what losses we can and honoring the leafy beings among us with greater vigor, until we live according to the words of the Thanksgiving Address from which Alice quotes and “our minds are one.”

The ash Yggdrasil suffers anguish,
More than men can know;
The stag bites above; on the side it rots;
And the dragon gnaws from beneath.

Yggdrasil was the world tree in Scandinavian myths. An enormous ash, its roots reached the lairs of the gods, and its branches spread to the edges of the universe as it protected the Earth. Such powerful imagery, such a noble tree, but now the ash needs our protection.

According to Helen Macdonald in the New York Times, “Ash dieback disease, a new and virulent fungal infection that has spread westward across Europe . . . will likely kill nearly all the ashes in Britain. In America, the effects of the invasive emerald ash borer beetle have been just as devastating. Globalization is the culprit . . . The accelerating scale and speed of international trade has brought numerous pathogens and pests to species with no natural resistance.”

Why does this matter? What’s one less tree? The point is that the environment is undergoing radical change. Think about the loss of over one hundred million ash trees in the United States in merely four years—that’s the impact the ash borer beetle had. Then multiply it by all the trees on the planet and the many threats they face; this is as vast as the reach of Yggdrasil’s limbs and roots.

A study published in the American Journal of Preventive Medicine in 2013 states: “There was an increase in mortality related to cardiovascular and lower-respiratory tract illness in counties infested with the emerald ash borer. The magnitude of this effect was greater as infestation progressed and in counties with above-average median household income. Across the 15 states in the study area, the borer was associated with an additional 6,113 deaths related to illness of the lower respiratory system, and 15,080 cardiovascular-related deaths.” In conclusion, the health of these trees is directly related to the health of the people who share their environment.

In the wetlands along the St. Lawrence River in northern New York and Quebec, the Mohawk people of Akwesasne have made it their mission to protect the black ash from the emerald ash borer, overharvesting, and pollution. They collect, store, and plant seeds and educate people about the threats to the tree. One easy but important lesson they teach is not to move firewood and inadvertently spread beetles and other non-indigenous pests. The black ash is integral to Mohawk heritage. The people have traditionally woven baskets from the wood, in a craft passed down through generations. By protecting the ash, they’re protecting not only their culture and the wildlife that thrives in an ash forest but our planet too.

If you’re hoping your great-grandchildren will have clean air to breathe, tend a tree! Make sure it is watered, pick up any trash nearby, perhaps build a little fence around it to protect it from dogs. As you do so, recite this passage from the Mohawk version of the Thanksgiving Address:

We now turn our thoughts to the Trees. The Earth has many families of Trees who have their own instructions and uses. Some provide us with shelter and shade, others with fruit, beauty, and other useful things. Many people of the world use a Tree as a symbol of peace and strength. With one mind, we greet and thank the Tree life. Now our minds are one. 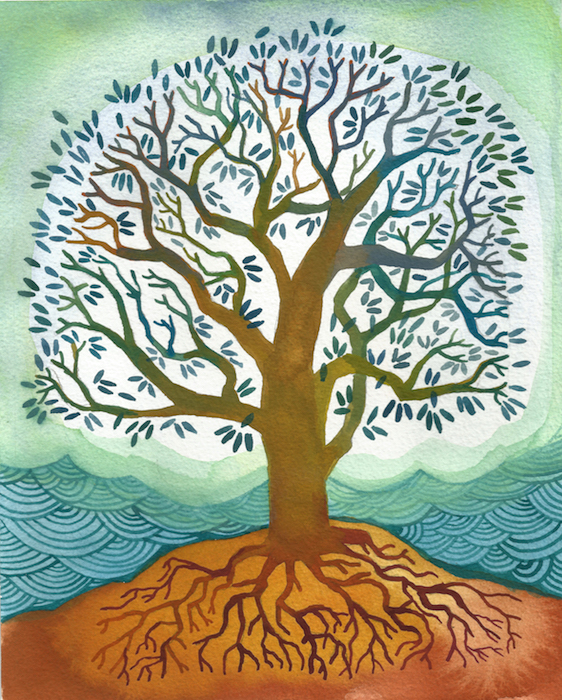 Alice Peck is a writer and editor living in Brooklyn, New York, in the shade of a beloved maple tree. She’s the author of the recently published Be More Tree: A Journey of Wisdom, Symbols, and Healing as well as Next to Godliness: Finding the Sacred in Housekeeping and Bread, Body, Spirit: Finding the Sacred in Food.