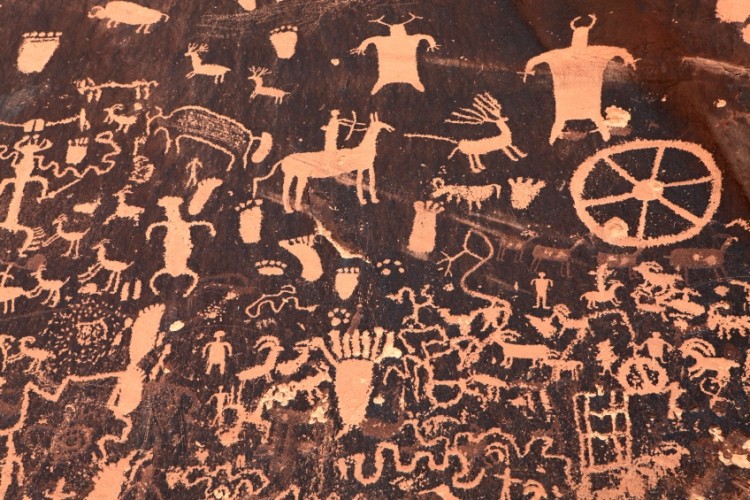 Bruce Jennings’s reflections on the challenge that growing populations of wildlife in the suburbs and on the urban fringe pose for residents and their elected officials take me back to my early years at the UW-Madison Arboretum. A two-square-mile green zone now pretty much surrounded by the city, and officially committed to the restoration of a collection of historic ecosystems, which include lots of deer food, the Arboretum naturally has a “deer problem.” Not long after I joined the staff, in 1977, the Arboretum Committee, having explored many of the same options Bruce describes, arranged for professional sharpshooters to “cull” the herd by shooting deer attracted to bait stations. For various reasons, including both safety and a desire to be “discrete” about carrying out what geographer Jared Diamond has described as an “odious task,” this was done at night at sites well off trails in the more remote parts of the Arboretum.

Word about what was going on back in the Arboretum’s woods got out of course. Articles appeared in the papers, and the staff found itself spending quite a bit of time on the phone dishing out mini-lessons on population dynamics, predator-prey relationships, and the sad plight of the Arboretum’s trilliums.

At some point in one of these episodes, it began to dawn on me that we weren’t really responding to our callers’ concerns. Most of them probably understood the basic ecology. “No wolves, too many deer” is right up there with “big fish eat little fish” so far as ecological sophistication is concerned. Besides, everyone had read that stuff in the newspaper coverage, which typically included quotes from the Arboretum director and profs in the Wildlife Ecology Department, stressing just these points. And I think it’s fair to say that most people have a generally positive attitude toward trilliums.

These people didn’t want—or need—an ecology lecture. Some certainly took the position that we were interfering with nature, and that if we just left things alone the creatures in the Arboretum’s forests and prairies would sort things out for themselves. But many did not think that. They realized that “something had to be done,” and what bothered them, even though they rarely put it this way, was perhaps not that we were doing it but how we were doing it.

As it happened, I had just encountered the work of literary critic Frederick Turner[i] and had taken aboard some of his ideas about “gardening” as a context for negotiating our relationship with the rest of nature.

What the Arboretum was doing in its attempt to maintain and extend its collection of restored ecological communities—I had by this time taken to calling it the oldest and largest collection of its kind in the world—was in this sense certainly a form of gardening. But gardening, as Fred pointed out, is mostly about discrimination and killing. Troubling, certainly, if you think about it.

Yet discrimination is another word for “life” (think of the cellular membrane, the immune system, the varieties of sexual selection in plants as well as animals; think of natural selection, the basis for the modern story of creation). And killing, as Joseph Campbell points out, is “the deed of life,”[ii] not only necessary, at least if you are a heterotroph, but an everyday occasion for encountering—indeed participating in—what I’ve come to think of as the scandal of creation.

An occasion, in other words, for achieving a serious relationship—indeed, communion—with a creation in which, as an Iglulik shaman told anthropologist Kaj Birket-Smith, “life’s greatest danger…lies in the fact that man’s food consists entirely of souls.”[iii]

In Fred’s view, however, this doesn’t happen “naturally.” It is the “product,” so to speak, of what I’ve come to call the technologies of the imagination—myth, story, symbol, ritual, and the fine arts. These are the tools we need to achieve deep awareness of the injustices and contradictions involved in natural processes—such as killing and eating our brother and sister creatures—and to deal with them in psychologically and spiritually productive ways, passing, as Fred put it, “through shame to beauty.”[iv]

An exotic idea? Not so much. After all, the communion meal—participating in a reenactment of the killing of God—has been the key to communion in the West for at least 2,000 years. So…maybe what troubled our Arboretum callers was not the killing, but the clinical, behind-the-scenes way it was being carried out, justified in terms of scientific abstractions and under the brutalizing rubric of “culling the herd.”

The Arboretum, which for the Madison area is a major—and conspicuous—arena for the working out and enactment of the terms of our relationship with the rest of nature, was generating all this negative energy on those dark nights back in the woods. Psychologically unmetabolized in the absence of an appropriate public ritual or ceremony, it built up like the charge on a capacitor or a thundercloud, forming a negative energy that had to strike somewhere. In ugly flashes of anger, for example: deer guts thrown on cars, or protestors harrying hunters in the woods. Or in smaller, more articulate strokes in all these troubled phone calls.

This, I came to think, is not only behind many of the objections that may stymie animal control programs at places like the Aboretum, or Chicago’s Forest Preserves, or, for that matter, the national parks. It is a response to killing that is the decent, indeed morally necessary, response to killing in a culture deprived of the means for dealing with it in spiritually productive ways: “Stop doing it.”

Whatever the cost in, say, trilliums.

This points toward what I’ve come to think of as a crucial, disabling flaw that underlies a good deal of our environmental thinking and practice. Eager to strike an upbeat note, we focus on the appealing aspects of creation and downplay the “danger.” Even those who acknowledge the troubling aspects of our experience offer very little in the way of tools for dealing with them productively.

As a result, where what we need is great performative art—Eucharist, the bullfight, tragic drama, what Emerson called a “terrible and beautiful condensation”[v] of experience—to negotiate our relationship with the world, what we get is the equivalent of a sentimental movie.

Or, not much more satisfactory, an ecology lecture.

I believe that an environmentalism that fails to confront not just death, but killing and other troubling aspects of our experience of the world, will be able to do only very light work in the essential task of negotiating a healthy relationship with our environment.

Killing is necessary. Indeed, natural. But it is nevertheless—and in fact for those very reasons—troubling. And we can’t deal with it properly—I mean in a psychologically/spiritually productive way—so long as we think about it and experience it as “culling.” Or an odious task. Killing is always an odious task, a scandal to the imagination, especially when it is “necessary,” as when we kill our food. “The wonder,” Thoreau wrote, “is how…you and I can live this slimy, beastly life, eating and drinking.”[vi] Yes, it is. And, though this may not be exactly what Thoreau had in mind, “the wonder” is that this “beastly” experience can, if properly handled, be the key to the experience of value. And though some may achieve this through reflection on such experiences, this process is aided and abetted by, if not ultimately dependent on, the technologies of the imagination. And so the killing, whether in a slaughterhouse or in the cause of ecological restoration, if it is not to be, as it were, wasted as an occasion for the creation of value, should be carried out as a sacrament—that is, a formal protocol for confronting experiences that trouble the imagination and making them an occasion for the creation of meaning and value.

I must admit that I have at this point no clear idea how to do this, my thinking about this having focused so far on how we might handle the somewhat less fraught business of killing buckthorn. I do know that dealing with the psychological difficulties of killing for the sake of an ecosystem should be a public, corporate event. It might draw in some ways on the performative wisdom of traditional hunting rituals. It should acknowledge, as traditional rituals of the hunt often do, the crucial role humans play in the renewal and recycling of souls, and so of the environment those souls inhabit—a nice fit with the ecological restoration effort of which this killing is an integral part. But it should also dramatize the fact that what is going on here is quite different from the experience of subsistence hunting. It should, for example, acknowledge that this is not—or not primarily—about acquiring food, but about assuming the role of the predators that we have (perhaps shamefully) eradicated. Since it is about limiting the population, rather than maintaining it, it might highlight the killing of females, a dramatic inversion of the “bucks only” protocols of sport hunting (this is not sport), and a dramatization of the important distinction between wildlife management and what is going on in places like the Arboretum, which George Lubick and I have termed ecocentric restoration.[vii]

A challenge, obviously. But until we have met it—have made, for example, the management of deer, in places like the Arboretum, Chicago’s Forest Preserves, and the national parks, an occasion for public rituals of engagement and value creation, we will not have achieved, and will not be able to achieve anything beyond a merely ecological, or green-card, relationship with our environment.

And we’ll keep getting those phone calls. And having trouble convincing decent, sensible, well-informed people that we are doing “the right thing.”

[i] See, for example, Turner’s Beauty: The Values of Values (Charlottesville: University of Virginia Press, 1991).

[iv] I explore these ideas and their implications for the practice of restoration in some detail in my book The Sunflower Forest: Ecological Restoration and the New Communion with Nature (Berkeley: University of California Press, 2003), and we are continuing this exploration in our online journal “Environmental Prospect” (environmentalprospect.org).

In the course of a career spanning 37 years, William R. Jordan III has played a key role in the shaping of ideas about the value of restoration as a conservation strategy, a technique for basic research, and as a performing art and the basis for a "new communion" with nature. He was the founding editor of Ecological Restoration, the first journal devoted specifically to restoration (1981) and was a founding member of the Society for Ecological Restoration. He is currently director of the New Academy for Nature and Culture and co-director of DePaul University's Institute for Nature and Culture.