The Center has been probing the role art, and aesthetics in general, can play in exploring and promoting human responsibilities in relation to nature—the whole community of life. As part of this investigation, we began featuring in our publications artists who have a passion and mission focused on the humans and nature relationship. For example, the Winter 2019 issue of Minding Nature highlighted the collaboration with students from the School of the Art Institute of Chicago (SAIC) on the theme of the Anthropocene[1]. Following the publication of that issue we organized an evening of readings from their essays by the SAIC students and presentations by SAIC faculty that was held at the school on February 15, 2019.

The Center also understands the importance of attending to and amplifying the voices of the next generation, probing how they understand themselves in nature in these times. Thus, the collaboration with the teachers and students of the SAIC offered an important opportunity to share the insights and concerns of our future thought leaders and creative artists via essays and scholarship as well as via the audio and visual arts. SAIC faculty members Andrew Yang and Jeremy Bolen provided a background and overview of the work they and their students are confronting:

These are some of the questions we have been asking in our course, “Anthropocene: The Future Is Now,” at the School of the Art Institute of Chicago. A unique hybrid class combining studio art and the natural sciences, it is modeled on a Berlin-based project called “The Anthropocene Curriculum,” in which we both have been active since 2014. Organized by the Haus der Kulturender Welt, the project’s goal has been to create an open, globally relevant set of educational resources that are explicitly transdisciplinary in scope and planetary in scale.[2]

As part of the February 15 evening discussion, I highlighted additional themes (to the students’ contributions) within the current Anthropocene discourse. These included the following reflections.

An important point to keep in mind as we re-imagine the human project going forward is that, although the term has been embraced by general media outlets and referenced to by some in academia, scientists haven’t officially determined that we are actually in a distinctive new geological epoch in Earth’s history, officially marking the close of the current epoch, the Holocene. The “Anthropocene” (an epoch marked by the emergence of humans as the global geological force) is the term that has been proposed, but it has not been officially accepted as a subdivision of geologic time by the International Commission on Stratigraphy, nor by the International Union of Geological Sciences. 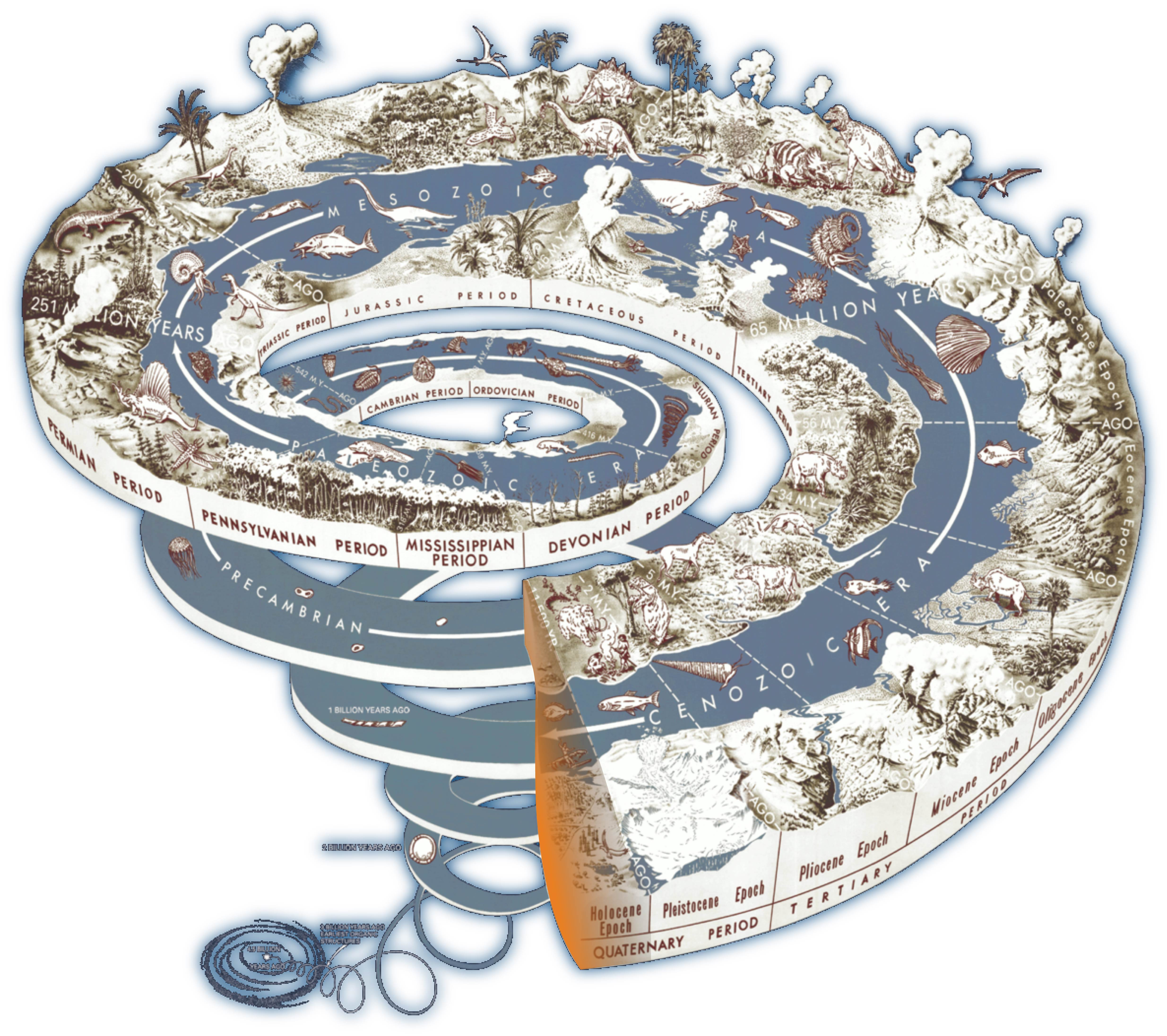 Philosophers and environmentalists generally acknowledge that human activities have had widespread even global effects on natural ecosystems and the biophysical systems of the Earth, but many are skeptical about the term Anthropocene. This nomenclature both evokes scientific facts—concerning anthropogenic influence—and may affirm ethical values—concerning anthropocentric superiority. The latter is problematic; such human-centeredness is at the root of our ecological predicaments and must be overcome if we are to move ahead in a truly sustainable direction. Many feel we still have an opportunity to re-imagine our path out from under this anthropocentric position, but naming our new time the Human epoch will hinder this effort. Alternative names suggested for our new geologic epoch include the Symbiocene (emphasizing the interdependence and mutuality of living things) and the Ecozoic (also emphasizing the Earth’s integral living human and more-than-human community).

More specifically, Eileen Crist has provided the following criticisms of the notion of the Anthropocene:[3]

On the other hand, a sentimental longing or wistful affection for the past may lurk behind the skepticism concerning the term Anthropocene. It is hard to admit that the Holocene is over. But looking to history, honoring and respecting the past does not have to be nostalgic. It can actually be a necessary component in how we re-imagine ourselves going forward. Remembering Deep Time, geology’s amazing contribution to the sciences, while looking forward to Big Time,[4] beyond political timelines and our own generation, might be just the vision that can help us rebound.

Consider the following set of ideas offered by geologist Marcia Bjornerud, author of Timefulness: How Thinking like a Geologist Can Help Save The World, who is interviewed in this issue.[5]

The arts are an essential part in re-imagining new modes of adaptation and participation by expanding our conversations, as well as offering alternative and tangible ways of re-doing our political and day-to-day actions. We do not need to wistfully long for days gone by, but we do need to uplift the past and present stories of Others, especially those stories that have been neglected and intentionally repressed; stories not just of the human but of the more than human. Uplifting these stories creatively may offer Earthlings a wealth of insight and wisdom for traveling into the long future. Creative imagination is what we will need to rely on to shift our current unsustainable direction.

[4] Big Time references future time that is longer than a few political generations, approximately fifty years, yet still within the timeline that humanity lives on Earth as a cohesive species.

[5] M. Bjornerud, Timefulness: How Thinking Like a Geologist Can Help Save the World (Princeton, NJ: Princeton University Press, 2018).