Among the diverse array of conservation organizations, zoos and aquariums possess two distinguishing characteristics: the living animals for which they care and the visitors with whom they have direct contact on a daily basis.[1] For visitors, the animals are ambassadors with the ability to create an emotional connection to the natural world.

Zoos hope these connections will result in caring attitudes towards that world that will manifest as caring behaviors directed toward environments and the animals that inhabit them. Providing high quality animal care that results in good animal welfare is essential for fostering positive emotional connections and caring attitudes. Additionally, information offered in the exhibits where the animals are housed identifies the impacts humans are having on the natural world. Visitors leave with ideas for how they can personally engage in conservation everyday.

Thus a pathway is set from the moment visitors enter the zoo to stimulate care through experience and knowledge and send them back into daily life with the desire and capacity to care for wildlife and the natural world. However, simply providing an educational experience has produced few results toward a public conservation movement and culture of care. To engage visitors in behavior change, zoos themselves must fully complete the transition from caring to attitude change to action. Zoos must fully commit to being models for conservation action in all aspects of their operation.

In this regard zoos have a way to go. Consider the subliminal messages that zoos’ everyday operations send to the nearly 200 million people who visit them annually. A zoo graphic laments the existence of a garbage gyre of plastics, twice the size of Texas, floating in the Pacific Ocean. Visitors are urged to curb their use of plastic. Yet, when they leave the gift shop, visitors are offered plastic bags with which to carry their purchases; they obtain water bottled in plastic from the zoo’s vending machines; and they eat and drink from plastic containers in the zoo’s cafeteria. The double message continues as gas-powered blowers clean leaves from visitor pathways and non-native plantings adorn the grounds, requiring applications of fertilizer, pesticide, and excessive amounts of water that native plants would not require.

In an effort to become more consistent with a conservation ethic, a number of zoos are making changes to their operations. In a 2014 review of operations in facilities accredited by the Association of Zoos and Aquariums (AZA), 25 percent had documented the amount of waste sent to landfills and more than 35 percent had documented both their annual water and energy usages. These are necessary first steps in developing targets for reduction. Of AZA institutions, 22 percent either purchased renewable energy or generated it on site and 8 percent reported having LEED-certified buildings on site.[2]

Since zoos need to sustain operations and infrastructure, we should acknowledge, as Jeanne Gang does in this series, the challenge of meeting mission while functioning as viable organizations. For most zoos, admission fees are not sufficient to fund operations. Zoos turn to businesses for sponsorships and capital donations. Sometimes that financial support contributes to the conflicting messages visitors receive. For example, the impact of global climate change on species and ecosystems is now a topic in many zoos. What message does a zoo send when the graphic on climate change, often found near the exhibit of arctic animals, sits next to a sign thanking a major oil company for its sponsorship of that exhibit? The fossil fuel industry clearly understands that its image will be substantially improved by links to organizations that care about animals and habitat. For companies in this industry, spending a small fraction of their immense advertising budgets to sponsor zoo exhibits seems a wise investment to foster positive public opinion. Do zoos understand the extent to which links to organizations that do environmental harm undermine their conservation messages? Can zoos provide the full range of information on the causes of climate change when there is a fear that doing so will offend a corporate donor and perhaps result in the withdrawal of funding? 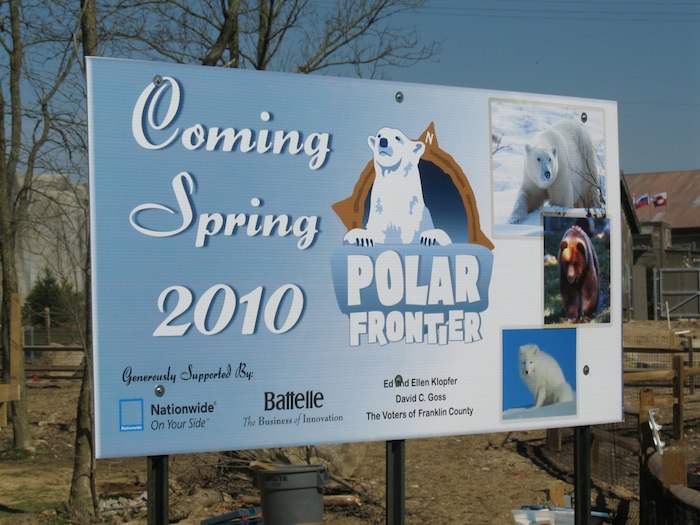 Today more and more zoos and aquariums recognize the need for endowments and long-term operating reserves. In many instances stock portfolios serve as one of the mechanisms for growing these reserves. But how many zoos and aquariums have considered what practices their portfolios support? Is it internally consistent with a conservation message and ethic to invest in companies that, through their operations or the products they produce, do substantial harm to species, habitats, and the global environment? In a massive demonstration of concern for the negative impacts of fossil fuels on global climate change, universities, churches, and even some state pension funds have divested their portfolios of fossil fuel companies, and more are doing so every day. Are zoos and aquariums ready and willing to do the research into alternatives and to adjust their portfolios accordingly?

There is, and probably always will be, a tension between the conservation mission of zoos and the need to operate as financially sustainable non-profit businesses. Zoos have an opportunity to demonstrate their credibility as conservation organizations by actively resolving this tension. The business operations of these institutions should not compromise their fundamental mission and message as leaders in conservation. Zoos cannot ask behavior changes of their visitors that they themselves are not willing to make. To realize their full potential in fostering a culture of care and conservation, zoos must be exemplary conservation models that demonstrate the change they want to see in the world.

[1] Hereafter “zoo” refers to both zoos and aquariums.