In 1976 to celebrate the Chicago connection to the Oz stories, the city dedicated a lovely little park, Oz Park, to L. Frank Baum’s creative work. It is within half a mile of where I teach in Chicago’s Lincoln Park. In subsequent years, the city installed statues of the four immortal companions, the Tin Woodman, the Cowardly Lion, the Scarecrow, and Dorothy (and Toto, the dog), at various points throughout the park. 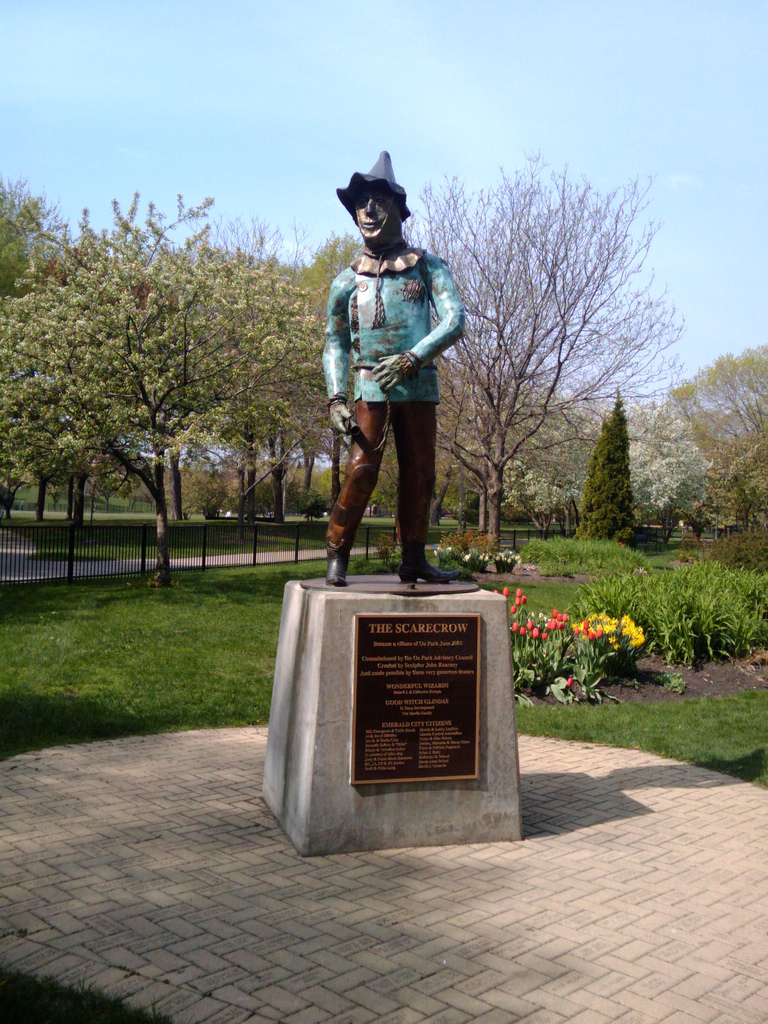 Oz Park is a very jolly affair. The statues are handsome, the landscaping very tasteful with open lawns interspersed among the trees and shrubs. A small area of wild flowers and grasses has been set aside for insects and birds, and to add a natural glamour to the scene. A large playground in the park ensures that in the daylight hours there is always the silver-toned susurrus of children’s jubilation throughout the park. Baum would have liked it, I think, for he was a man of sunny disposition.

On the afternoon when I visited not long ago, a summer rain was spilling down in buckets. The sky was gray, the leaves of the trees were gray and dripping, and the grasses were dark and bedraggled. A few people scurried through the park, their collars turned up. One of them held a newspaper over her head. On the blacktop basketball court, three grown men stripped to the waist tossed the ball about with an air of determined exuberance. From atop a rope in the playground, a young child yelled out to her mother for help. 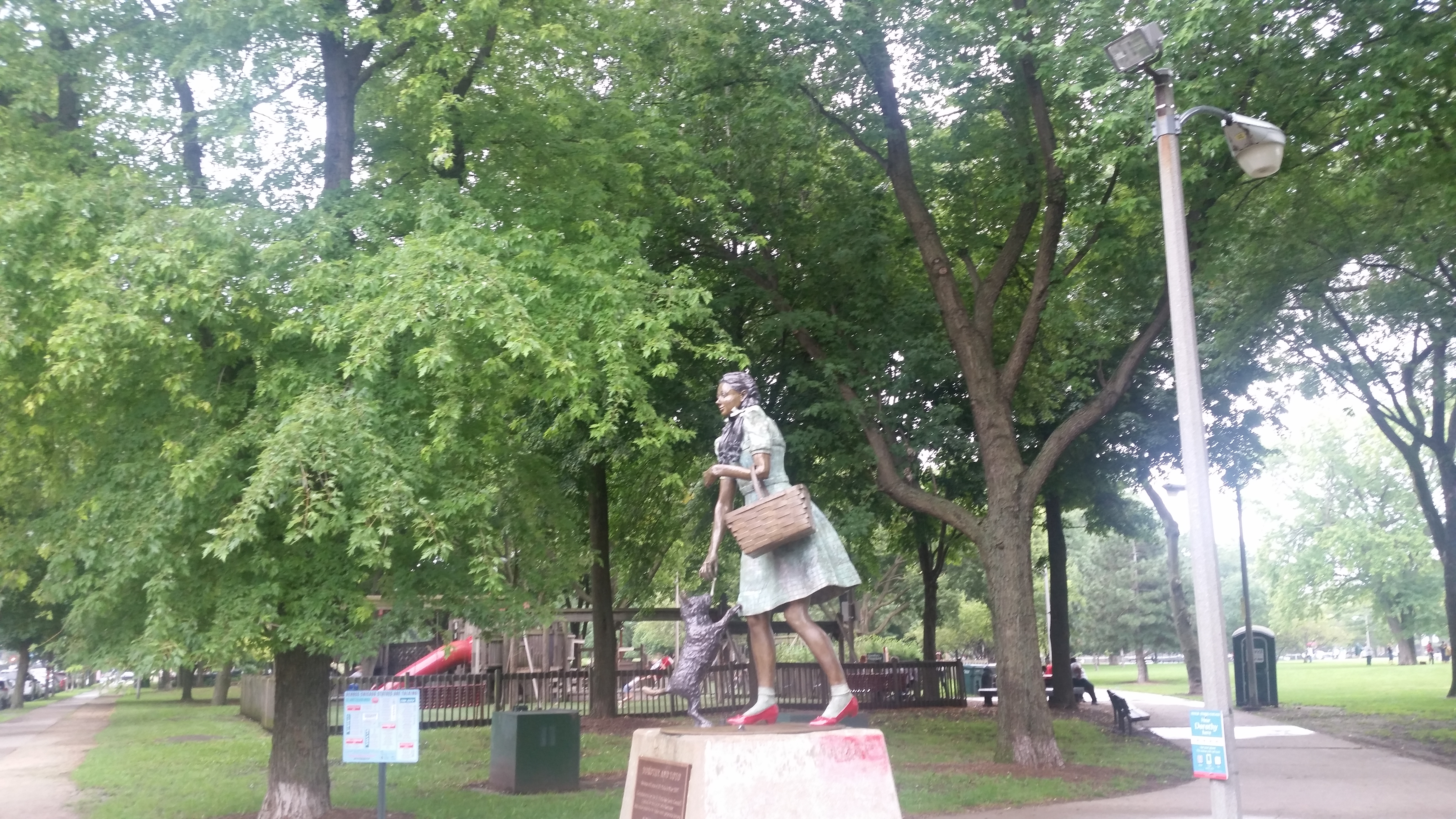 I stopped to inspect each of the statues in turn, for this was the main objective of my visit. Never before had I noticed how strenuously gleeful Dorothy appears. Toto is looking up at her, as if he is not sure what to make of his mistress. Nor had I paused long enough before this visit to notice how grim-faced the Tin Woodman is. His axe is gripped by his side. On this day, the axe was wet and ominously gleaming due to the Chicago downpour. In the distance, the gray sky glimmered a moment, and as if under obligation the thunder grumbled its response. But a park in summer is bright business; even the most vigorous of summer storms dissipates and leaves the world gleaming and aromatic and playful in its wake.

If there are moods that Baum captured in The Wonderful Wizard of Oz (1900), they are those of optimism after a storm (a literal storm in the case of Dorothy). But effervescent though the tone may be, the world of Oz does not neglect the unswerving facts that the world is a struggle, that nature can be wild and is unanswerable to our demands, that our safety is not guaranteed, that not all beings are beneficent, for they serve their own purposes, and though an occasional lion may be biddable, wolves and crows and bees may not be so pliant. And though a road may be yellow, it is not necessarily gold. The utter brilliance of The Wonderful Wizard of Oz seems to lie in Baum’s naturalism, in his recognition that one can own up to the realities of the world, and yet do so with a tone that is breezy, comedic, and absurd. This distance between the jollity of its tone and its intense content is possibly what makes The Wizard of Oz an enduring new wonder tale. 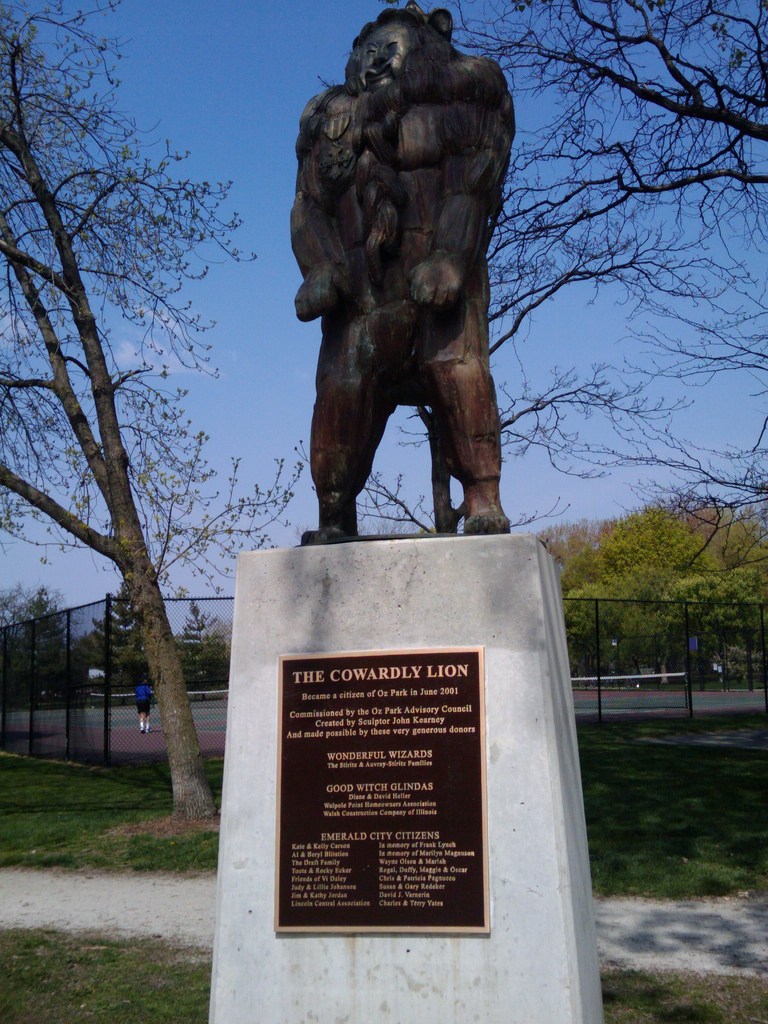 L. Frank Baum’s The Wizard of Oz is just one of many classic children’s stories that edifies both children and adult readers on environmental themes in surprising ways. Baum wrote the book in Chicago, and it was shaped by a truly Chicagoan sense of optimism about the future. In the decade before it was written, Chicago addressed some of its early environmental problems in impressive and diverse ways. Diphtheria vaccinations were introduced, milk was pasteurized for the first time, and in the very year that The Wizard of Oz was published, by means of an act of engineering audacity, the flow of the Chicago River was reversed to carry its filthy waters away from Lake Michigan.

Baum who had lived in Chicago since 1891, imagined Oz as a type of wilderness, one that was charged with natural and supernatural possibility. Perhaps brains, courage, and hearts might not be granted by an all-powerful wizard, but they could be earned by traversing the landscapes of Oz.

These days we know that Chicago is both city and wilderness—the city is more hospitable to wildlife that we ever expected.  The statues of Oz in an urban park might serve as a potent symbol, reminding us that the the virtues of nature might be earned in the city. 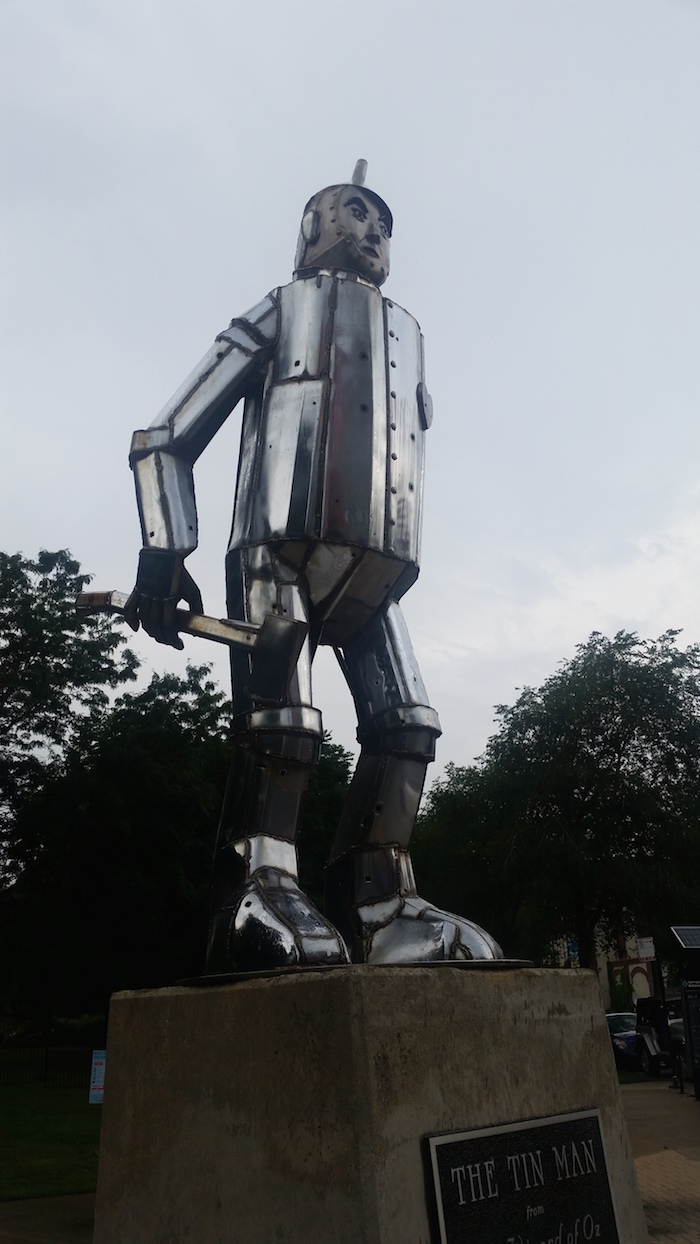