It is early morning, spring, along the Des Plaines River near Wadsworth, Lake County, Illinois. Fog rises off the river as the first hints of sun reflect off the tops of the trees lining the far bank. Save for the birds and a few frogs, it is quiet, no one around, and the air is cool and dry. In short, a perfect Sunday morning in one of my favorite places on the planet. I set up my tripod and camera and start photographing.

Landscape artists often overlook the Midwest. While perhaps generally not as dramatic as other parts of the country—no Half Dome, no Monument Valley here—there is a subtle beauty to the Midwest landscape, and it rewards those who spend time observing it. This is especially true of Lake County’s open lands. The photographs included in this issue of Minding Nature are part of my ongoing project to record that beauty. And that is what I hope to show in the photographs that comprise my series, A Subtle Beauty: The Landscapes of Lake County, Illinois. My hope is that having seen these photographs, viewers will take the time to enjoy the grace and quiet beauty of Lake County’s prairies, wetlands, lakes, and fields.

Lake County sits in the far northeast corner of Illinois. It is bounded by Wisconsin to the north, Lake Michigan to the east, and the closer-in suburbs of Chicago to the south, while it extends to just east of the Fox River to the west. Glacial drift mainly created the geology of the county, which is marked by bluffs and ravines along the lake and the Des Plaines River watershed that runs north to south through the middle of the county. Prior to European incursion, it was mostly short-grass prairie, lakes, and wetlands. The original settlers were Native Americans of the Potawatomi tribe. Beginning in the early nineteenth century, Europeans moved in, establishing farms, small towns, and railroads.

The county was primarily agricultural throughout this period of European settlement up until the 1950s, when it began its rapid urban growth. Today, Lake County’s population stands at a little over 700,000. Especially in its southern and eastern parts, it comprises bedroom communities of commuters into Chicago and Milwaukee. However, thanks to active conservation efforts by such groups as Conserve Lake County, the Lake Forest Open Lands, the Barrington Area Conservation Trust, and the Lake County Forest Preserve, as well as numerous private individuals, much open land still exists in this region, often in the form of large preserves, but also in smaller properties with conservation easements that ensure the land will never be developed. In 2009, these and others formed the Land Conservation Partners of Lake County, which has as its goal the preservation of sixty thousand acres—20 percent of the county’s acreage—as open lands and farmland by 2030. As of today, they are well on their way, having saved nearly fifty-three thousand acres, about 17.5 percent of Lake County’s land.  And so opportunities to experience nature without the obvious intrusion of man still remain in Lake County, as well as a chance to feel that sense of awe that overtakes one when she sees the world as it once existed, with stands of tall oak trees, fields of wildflowers and native grasses, forests and savannahs, and undeveloped river beds.

Creating photographs in these open, preserved, sometimes restored landscapes provides a quietude that does not exist elsewhere—an escape from the everyday world, and a chance to glimpse a world that came before us and will undoubtedly endure long after we are gone. 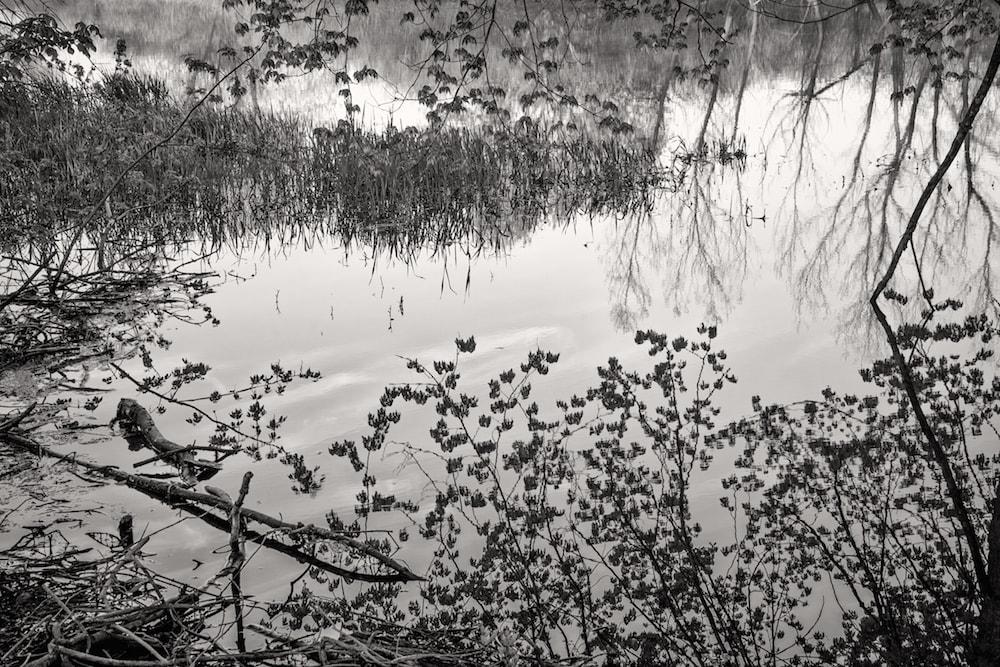 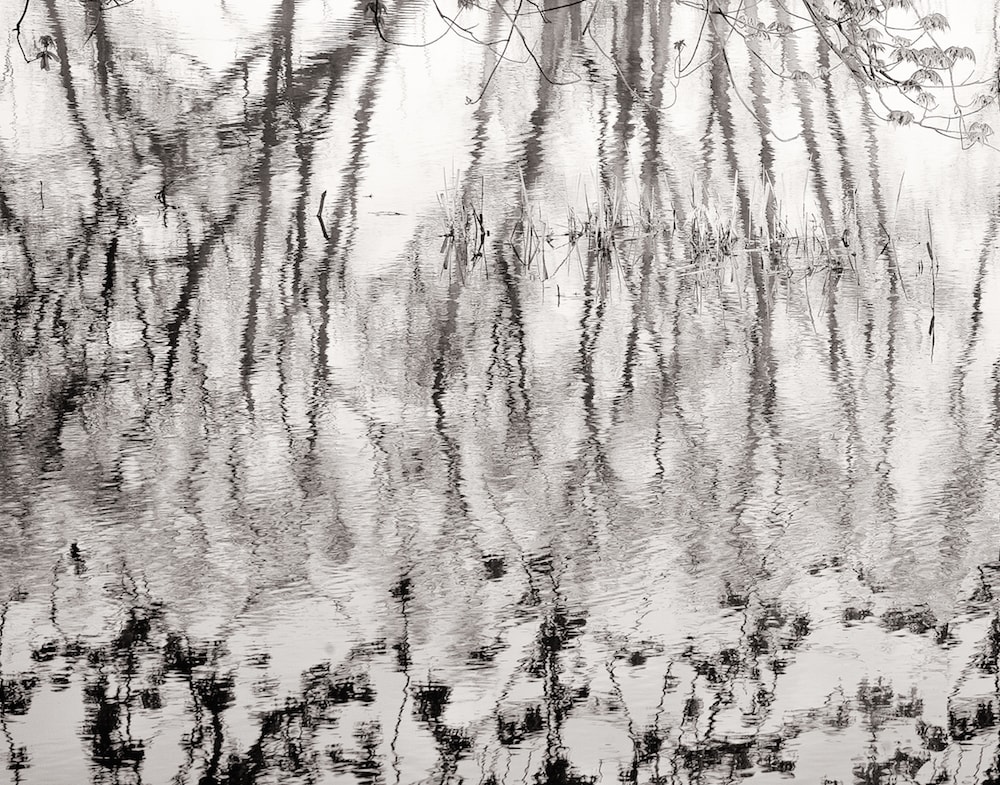 Reflections on the Des Plaines River, Near Wadsworth, Illinois 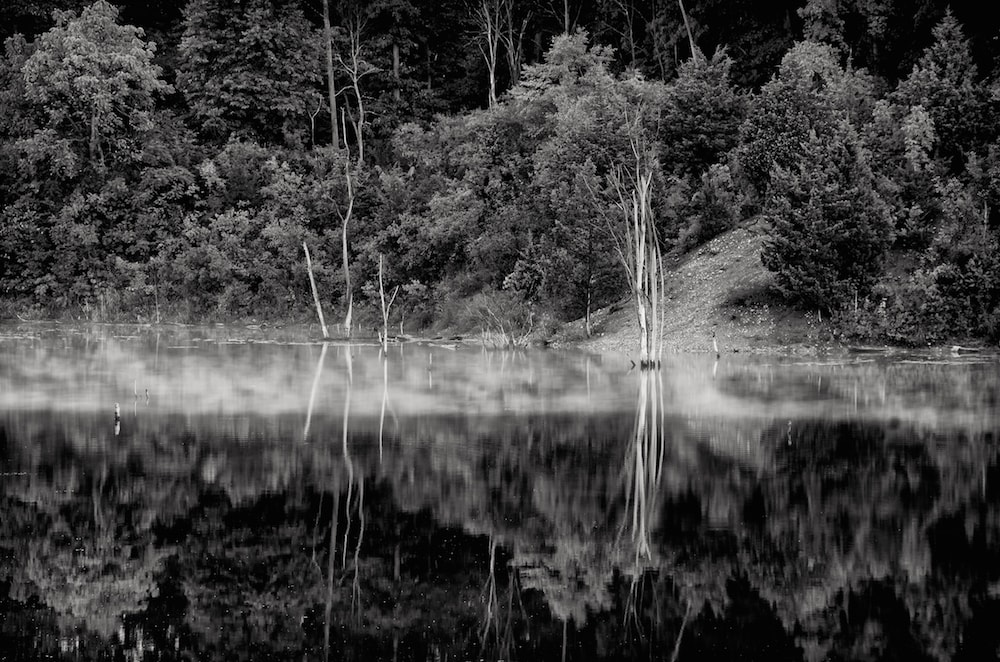 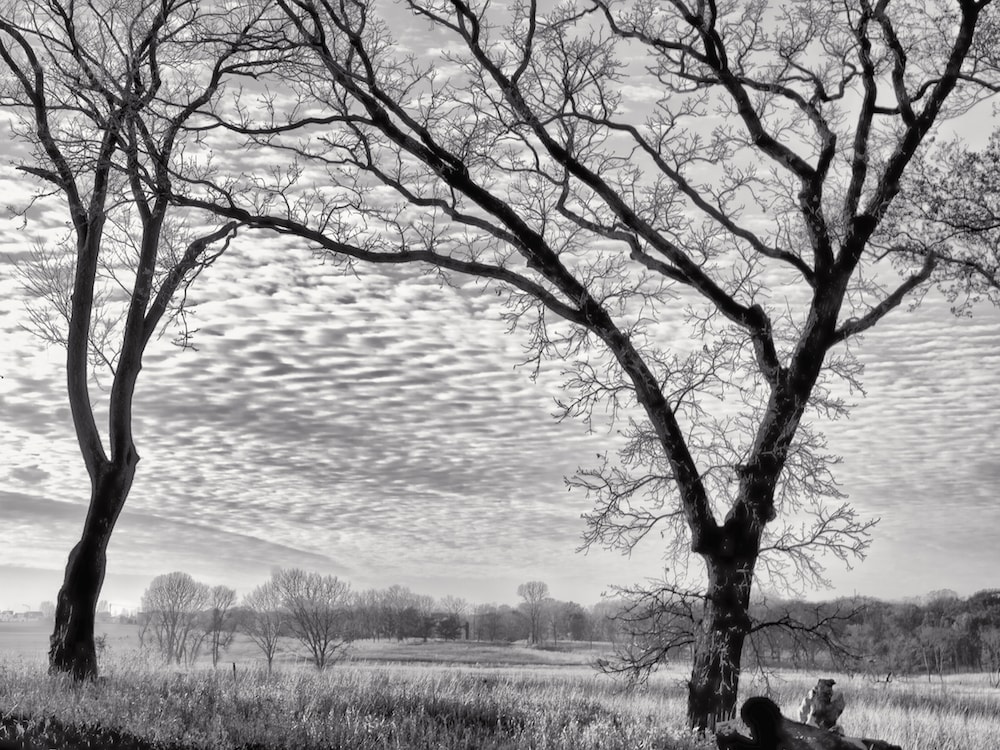 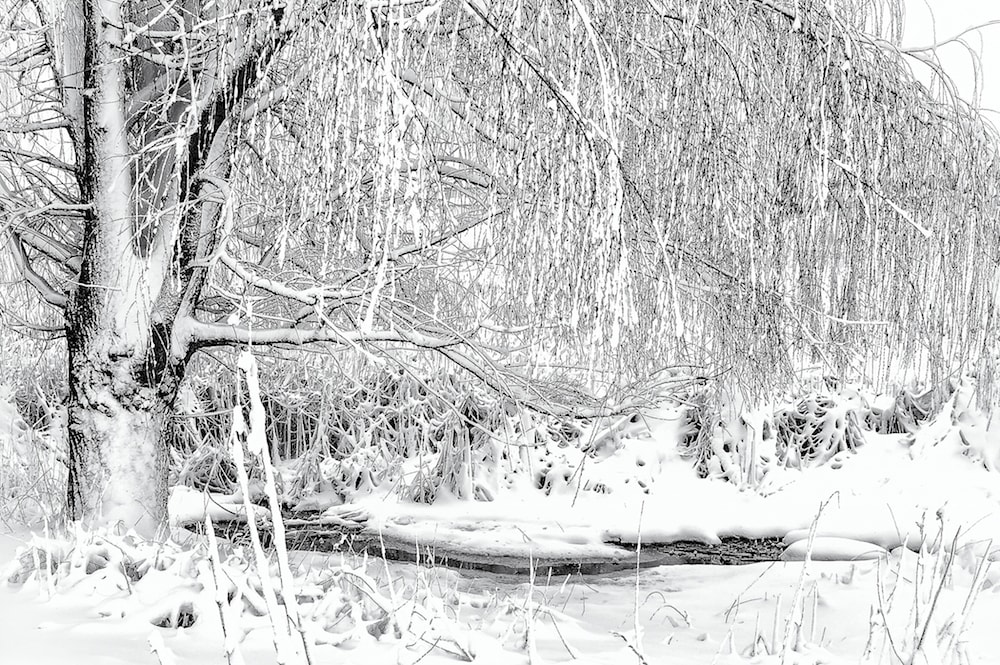 John Wylie is a lawyer and photographer living in Grayslake, Illinois. He has exhibited in group and solo shows across the country. He has been photographing Lake County for the past 13 years, and has a particular affinity for landscapes in black and white. You can see more of his work at johnwyliephotography.com.