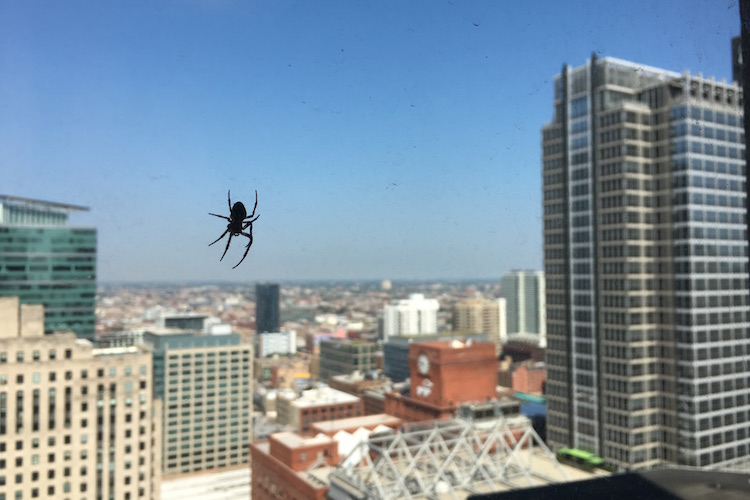 All that stood between us was a thick pane of glass. I was safely inside the stairwell. She was outside, perched on a window of the 16th floor, resplendent in alien elegance. I stared at the spider; she may or may not have been staring back at me. This was our pact. 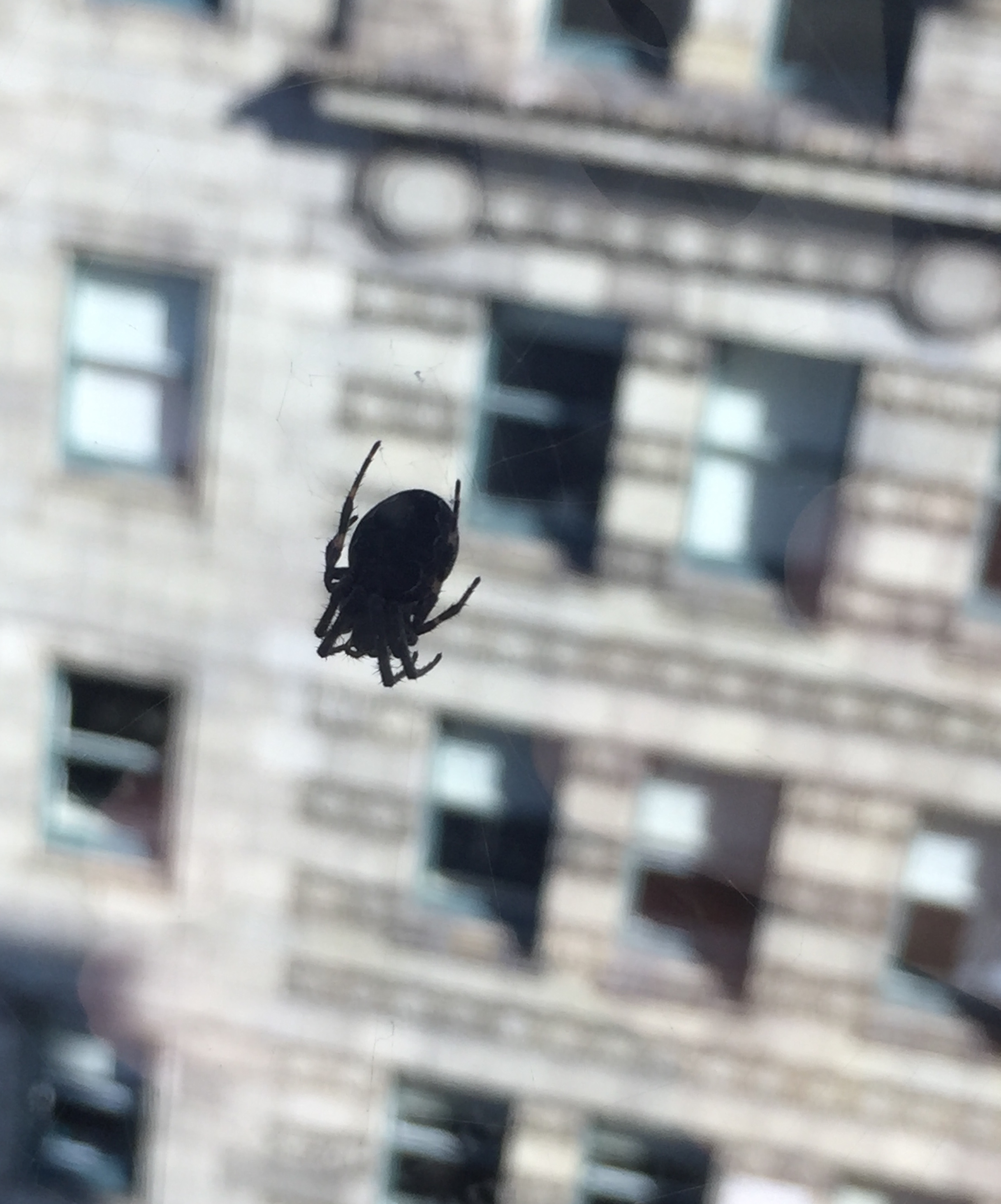 I have never liked spiders. They were a constant source of terror during my childhood. Upon seeing one, I’d panic, trembling at the sight of such an ugly, horrible thing. I’d call my dad (or anyone who was nearby that didn’t react as strongly) to save me from this creature. Nine out of ten times, the encounter ended with the death of the spider. Even after the menace had been dealt with, I’d still be shaken from the encounter. I’d have trouble sleeping, knowing that a spider was around.

As a teenager, I dabbled in entomology for an extracurricular science program, fascinated by the philosophical possibilities of social insects like bees and ants, but the fear of spiders never fully went away. I used to tell people I was cool with the situation if a creature had six or fewer legs. More appendages than that, I’d be a mess. Eventually, the desire to study insects waned. Sadly, I think it was because I couldn’t get past the trembling impacts that multi-legged intruders had on me. I didn’t think I could study beetles or butterflies without also studying their distant cousins, including spiders and other, to my mind, horrid invaders.

As I grew older and began living by myself or with absent roommates, I realized that I had to do my own killing. I would suck it up, find a shoe or a book, and make my world a little safer once again. I had friends who argued on behalf of spiders: “You want them around. They eat other insects.” But it didn’t matter. These were scary interlopers in my personal space and I was not having it.

After I finished school, I began working in tall buildings downtown and was surprised to come across these creatures’ housing in the windows. It seemed that the higher I went, the more there were. Their webs were stretched between the window frames, wavering but holding fast in high winds. I would pass spiders every day during the summer months. Each day, they seemed to get more plump and their webs more intricate. Seeing these spiders in such precarious spaces was a curious phenomenon. But, then again, was it any more unusual for humans to be able to live so high up? 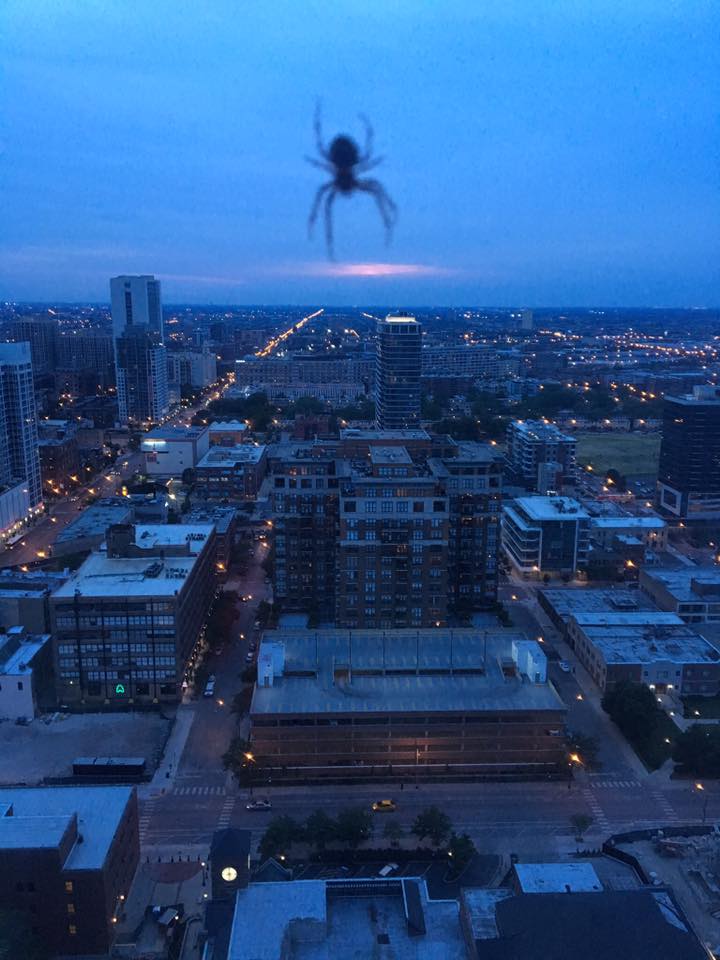 In time, I became mesmerized by these multi-legged creatures, so different from the other animals I wanted to interact with. Sometimes, I would stop and stare at them in their stairway window homes, living their spidery life on the 16th or 17th floor. I had the benefit of being able to watch them, up close and personal, but with a nice thick pane of glass between us. There was no danger of either of us entering each other’s space. I could safely admire their sleek legs and dark jewel-like bodies. The spiders, on the other hand, were safe from my murderous fear.

I learned that these spiders were probably Larinioides sclopetarius, which are known for living on rocks near water or steel structures. A friend told me that the graceful webs they make are temporary. They have to spin them every single day, almost as if they are building and then rebuilding little skyscrapers of web. Looking at these creatures through a window is like looking at a miniature world just beyond our own. A city within a city. I’m impressed with their perseverance in the face of the lashing winds and rain of Chicago, the possibility of being picked off by birds, and other challenges of such a precarious existence. And doing it with such beauty. 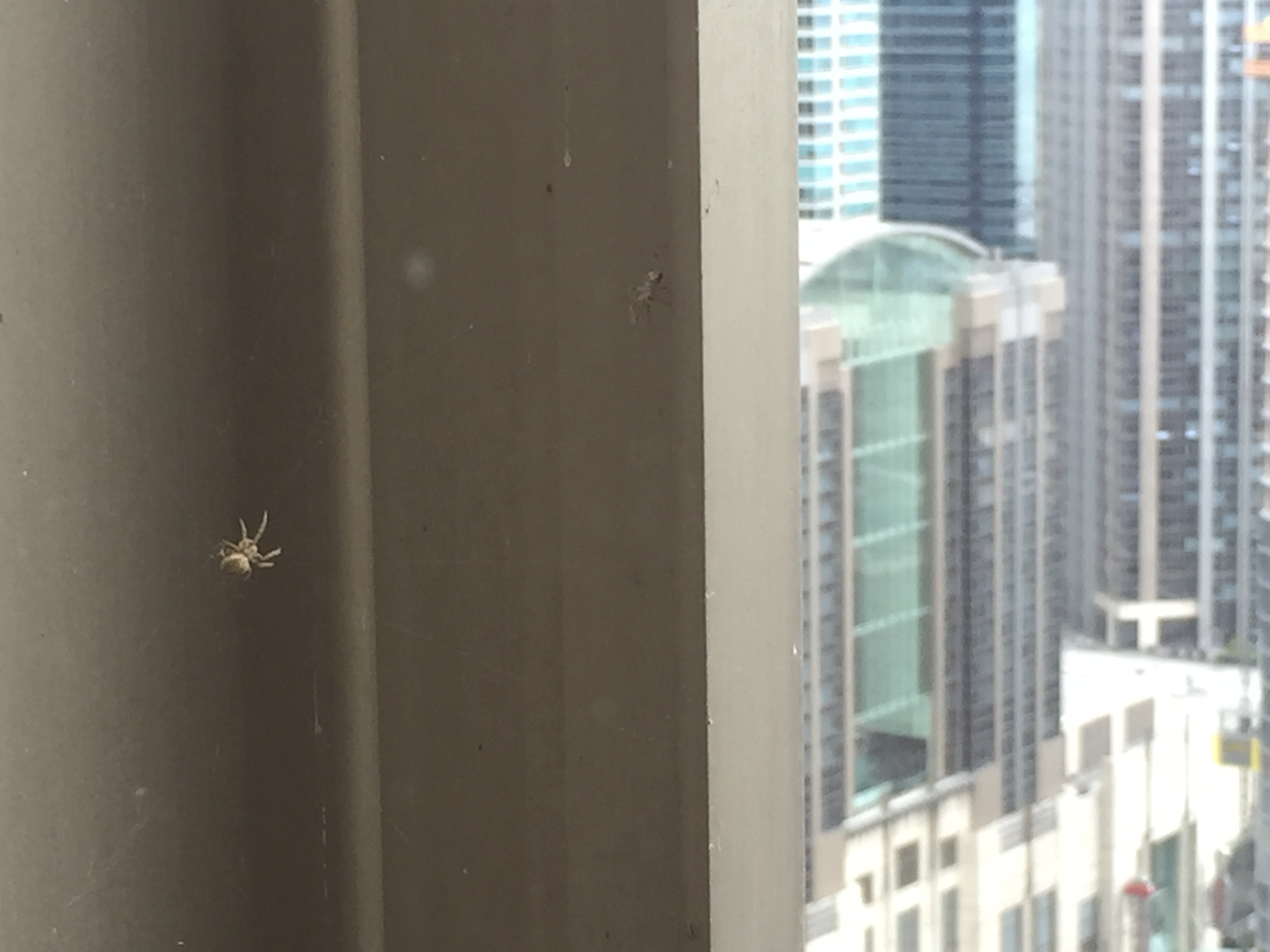 Having now worked in high-rises for several years, I’m still hypnotized by these perplexing creatures. I get close to the glass to see the structure of their graceful legs. I sometimes imagine I can hear the clattering of their mandibles. Spiders continue to induce fear in me. With the help of a pane of glass, though, they reveal their unexpected beauty and inspire moments of contemplation about worlds that so often remain unnoticed. It’s almost as if the spiders have caught me in their web, paralyzed with fascination and awe.