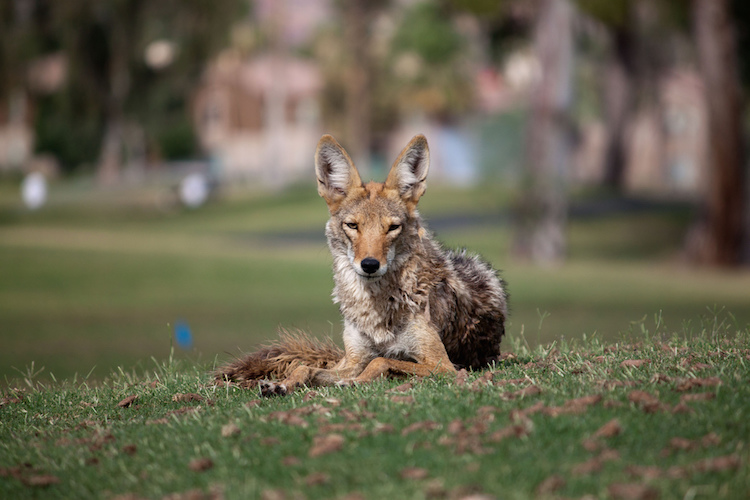 My father loves to golf. I don’t. When I’m visiting home, I will occasionally play. Dad and I catch up, and I watch the turkey vultures ride the thermals that rise off the chaparral hillsides above my childhood neighborhood. On one such trip, as we approached the ninth hole, we topped a rise that looks out over the fairway and surrounding landscape—hills above, houses below. As dad teed up and waggled into position, I noticed that just off to the north side of the cart path, the golf course abruptly ended. The contrast between the electric-green grass and the brittle-brown beyond came into stark and absurd relief.

Bewildered, I walked the edge between Kentucky-blue and tumbleweed-tan, using my 6-iron as a tightrope balance pole. It was an eerie feeling, like seeing the camera pan out of a living room movie set, a place within a place. I raised my open palm to my brow to block the sun and plant my 6-iron-flag; I had found the fabled edge of suburban culture’s flat-earth!

Suddenly, a lone coyote trotted into view through the tumbleweed and sagebrush. We both froze. She put her nose to the ground and nervously shifted her weight between her grey-brown front paws. The fire in her eyes reflected the green of the gold course that lay behind me. Realizing I was not a threat or a meal, she loped onto the golf course just as my father blasted a muffled curse at his hook shot and we watched the coyote disappear into a suburban hedgerow. 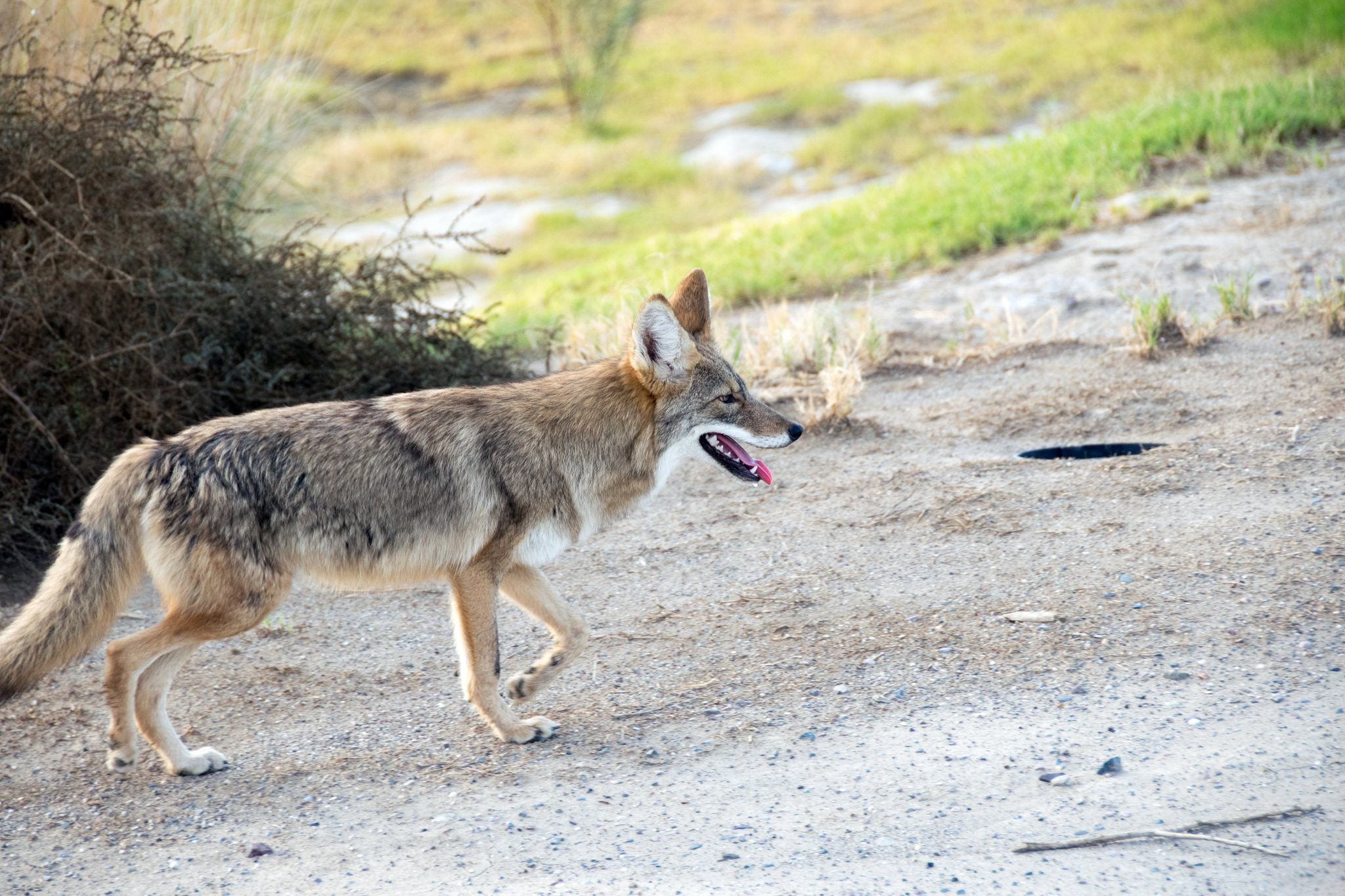 Residents of Orange County, California, regard coyotes as wild animals out of place. Unlike dogs, who are treated like members of the family (culture) and unlike the iconic wolves howling in the wilderness (nature), the coyote defies any neat categorization. Reading the newspaper a few days later, I stumbled across an interesting page: the online Orange County Register’s “Coyote-watch.” The page features an interactive Google map that allows users to post recent coyote sightings in their neighborhoods (the reported sightings appear as paw prints on the map). One should visit the page with caution, however, as it reads like a domestic-violence evidence file with gruesome pictures of battle-scarred dogs and interviews with shaken pet owners.

One story profiled an award given by the Society for the Prevention of Cruelty to Animals of Los Angeles to the “Hero Dog of the Year.” This year’s recipient was a wire terrier named Ronald (after Ronald Reagan of course—this is Orange County). When a coyote jumped the fence and entered his owner’s backyard, Ronald courageously attacked the invader before it made a happy meal out of his companion, a silky terrier named Anna. Apparently the coyote mistook the backyard for a trot-thru fast food joint.

The coyote’s inability to discriminate between suburban animals we hate (like rats) and suburban animals we love (like silky terriers) has gotten them into trouble with Orange County residents who have lost pets to these cunning hunter-foragers. In my conversations with friends and family, some take an empathetic tone: “Well, coyotes were here first, and with all the houses being built it’s no wonder they wander into our neighborhoods. They’re starving!” This line of thought evokes the classic image of a steadily advancing bulldozer over untouched wilderness. While this is certainly the case for many species unfortunate enough to have evolved on beach front property, coyotes have adapted quite well to the suburban landscape, making themselves right at home. 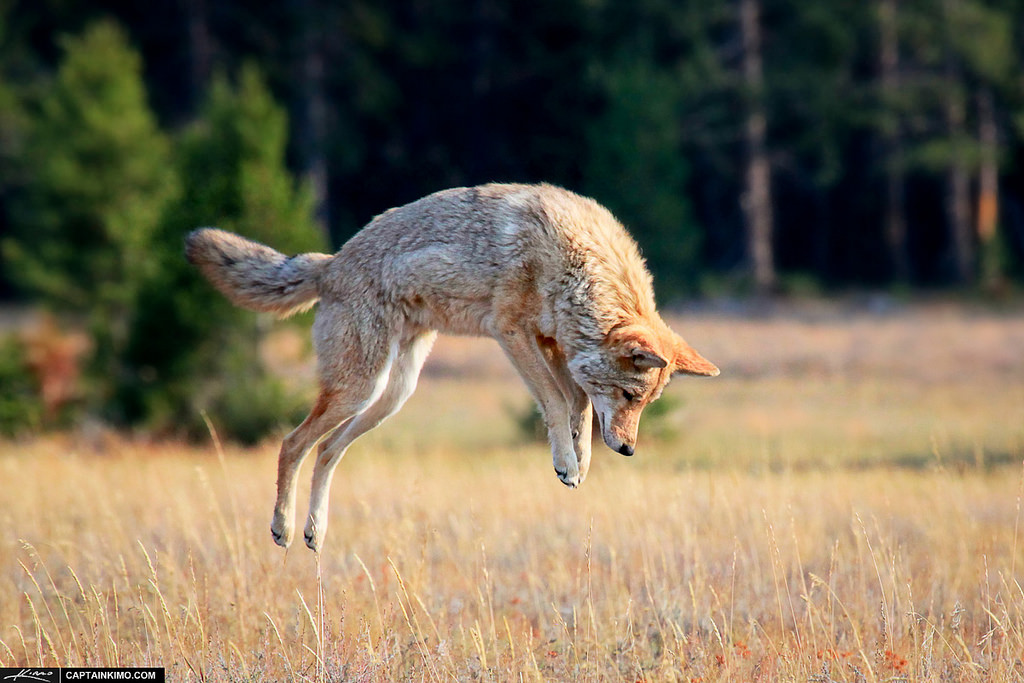 Ecosystem is an amorphous blob of a word that attempts to describe the interactions and relationships between all the living and non-living things in a given place. An ecosystem can support a limited number of plants and animals. Plants make up the foundation of the food web because they produce their own food through photosynthesis. In a dry Mediterranean climate like Southern California, sun is abundant, but water limits the kinds and amount of plants that can grow. This means that even fewer of the animals that eat those plants, such as mice, rats, rabbits, ground squirrels, and gophers, can find enough food and reproduce. This also means that even fewer of the predators that eat mice, rats, rabbits, ground squirrels, and gophers, such as coyotes, can get enough food and reproduce.

Long before white people invented the suburbs, coyotes were present in fairly large numbers in Southern California. However, unlike many other species that have significantly declined or even gone extinct with the development of our peculiar habitat, coyote populations have actually increased. While exact numbers are not known, some estimate that coyote populations in Southern California are some tenfold larger than they were in pre-colonial times.

How could this be? As we gradually shifted the sage and chaparral lands into irrigated lawns, gardens, and suburban woodlands, we greatly increased the varieties and quantity of green plants that could survive here. This allowed more mice, rats, rabbits, ground squirrels, and gophers to get enough food and reproduce. This in turn allowed predators like coyotes to get more food and, you guessed it, reproduce. What’s more, to a coyote, the defenseless bite-sized domesticates (in the form of dogs and cats) we keep at such high densities are much easier targets than the rodents they are accustomed to catching; and being omnivores, coyotes have no qualms about raiding a dumpster for a midnight snack. 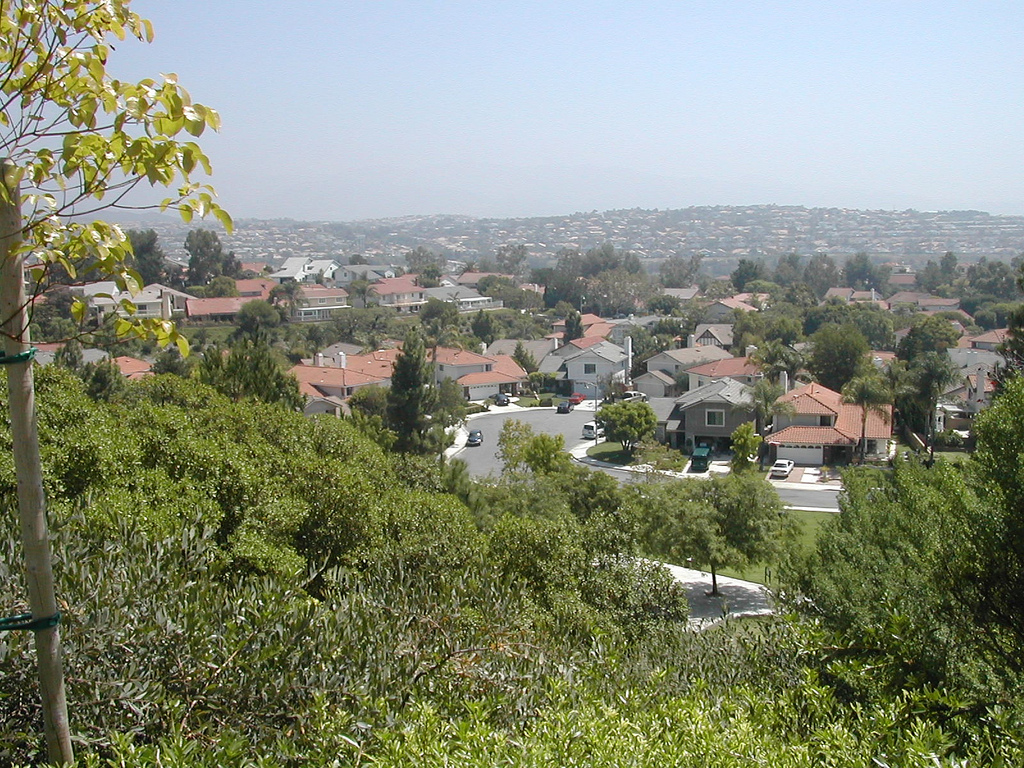 So between the increase in wild rodents to hunt, a plentiful buffet of house pets to choose from, and vast quantities of curbside diners, the suburban coyote seems to have it pretty good. What’s more, because these suburban coyotes are getting plenty to eat, scientists are observing a decrease in the amount of time they spend hunting. Whereas coyotes in Yellowstone National Park may have to forage for up to 60 percent of their waking hours, suburban coyotes spend that time resting. That’s right, suburban coyotes are only working for two and half out of seven days of the work week! So while my family vacations in Yellowstone, the Yellowstone coyotes might prefer to spend their summer months in Orange County! 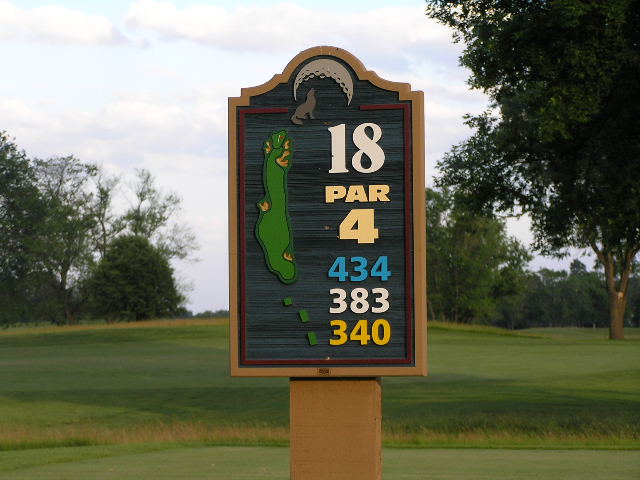 No doubt some residents of Orange County would prefer the extermination of these pet-eaters. But as long as we are playing the game of suburban ecology, we will probably keep hearing the yip of yuppie coyotes foraging through Starbucks dumpsters after a morning jog through the park.

This essay is Part 2 in a series of pieces included in “An Orange County Almanac,” reflections on my experiences in Orange County, California. Part 1 can be accessed here.

Jason M. Brown, PhD, studied anthropology as an undergraduate. He has joint Master's degrees from Yale in forestry and theology. His PhD is in Resource, Environment and Sustainability from The Institute for Resources, Environment and Sustainability at the University of British Columbia. He is a Lecturer in Humanities and Resources and Environmental Management at Simon Fraser University in Vancouver British Columbia.